A hybrid is the love child of two different species. Some are born in nature, while others blend together in a petri dish. However, a special club exists within this strange world—hybrids that are seen for the very first time.

When hybrids are created by scientists, novelty is not a factor. Hybrids can save critically endangered species and cure human disease. Nature is all about oddball mixes. When exotic pets are released into the wild or rare creatures cannot find their own mates, the drive to pass on genes is often strong enough to cross the species barrier. 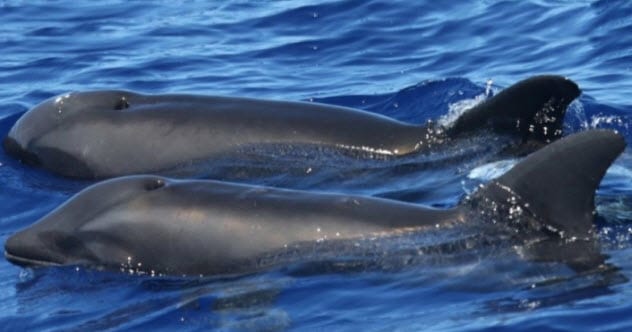 When researchers worked around the Hawaiian island of Kauai, they noticed something odd. A dolphin-like creature kept showing up. Photographs suggested that the animal was a hybrid because it displayed physical traits of different species.

In 2018, a year after it was discovered, scientists shot it. The dart was harmless and harvested a skin sample. The DNA analysis showed that the creature’s father was a rough-toothed dolphin and his mother a melon-headed whale.

This “wholphin” was the first of its kind to be recorded and even received a scientific name: Steno bredanensis. Although this rare hybrid could very well turn out to be sterile, its own birth was not really unusual.[1] 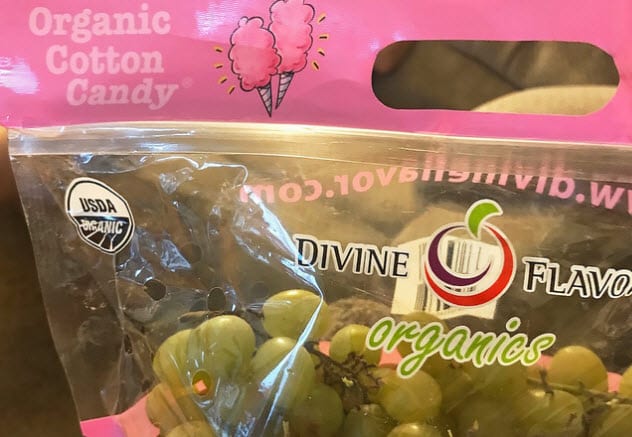 People who like healthy snacks and carnivals can now enjoy a strange fruit—grapes that taste like cotton candy. Those who hate genetic engineering or artificial flavors can also breathe easy. This grape variety is the result of natural breeding.

Horticulturalists from California chose two species to work with. The first was a type of Vitis vinifera, one of the most common types in grocery stores. The other was a Concord-like grape. This variety is used in Welch’s jellies, juices, and jams.

Both are seedless varieties and cannot reproduce naturally. This forced scientists through an arduous process of extracting grape embryos, growing them in test tubes, and then planting them in a vineyard. It took about 100,000 test tubes before the Cotton Candy grape hybrid was born.[2]

Packed with 12 percent more sugar than other grapes, the fruit was a hit when it became available to the public in 2011. The high sugar content prevents an old produce malady—fruit that is often tasteless by the time of purchase. 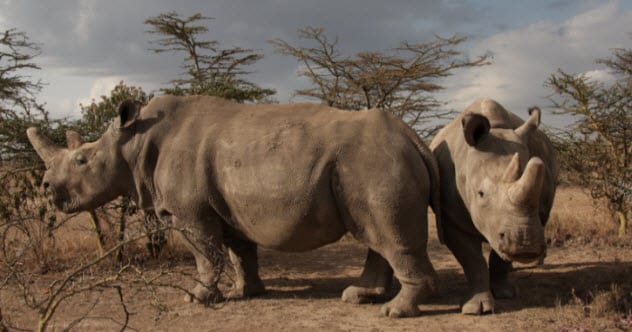 In 2018, the last northern white rhino male died. The last females, his daughter and granddaughter, are infertile. Thanks to frozen sperm and the only rhino species not listed as endangered (the southern white), there is hope for their virtually extinct northern cousins.

The two are distinct species, but scientists managed to create hybrid embryos from the sperm of four northern rhinos and two southern females’ eggs. This is the first step in a long struggle to resuscitate the species. Even if surrogates successfully carry the four hybrids to term, the calves represent a fraction of what is necessary to establish a herd.

Future plans include harvesting eggs from the last two northern white females. (They have eggs but cannot carry embryos to term.) This will allow researchers to create full northern white rhinos. Another ambitious plan is to create sperm and egg cells from their skin cells, something already done with mice.[3] 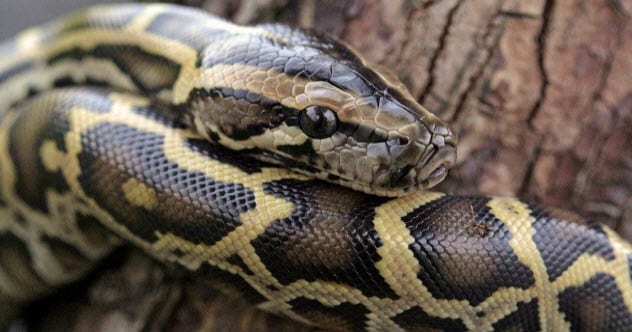 The Burmese python is the premium choice of exotic snake owners in the United States. However, some people could not deal with them and released the snakes into the wild. Measuring 7 meters (23 ft) and weighing up to 91 kilograms (200 lb), these pets soon acclimated to Florida. Their presence was known since 1980, and eventually, thousands slithered about.

In 2018, researchers analyzed tail samples from 426 pythons from southern Florida and discovered that 13 were not pure. Although mostly Burmese, this baker’s dozen also contained the DNA of another invasive species released as unwanted pets—the Indian python.[4]

Native to India, Pakistan, Sri Lanka, and Nepal, they were smaller but quicker. Intriguingly, the genetic signature suggested that the two species did not recently spawn the first crossbreeds. They blended long before the Florida pythons reached a large population.

The newly discovered hybrids could be stronger and more adaptable than their parent species, which is a problem. Native animals, especially small mammals, are regularly captured by the huge reptiles. 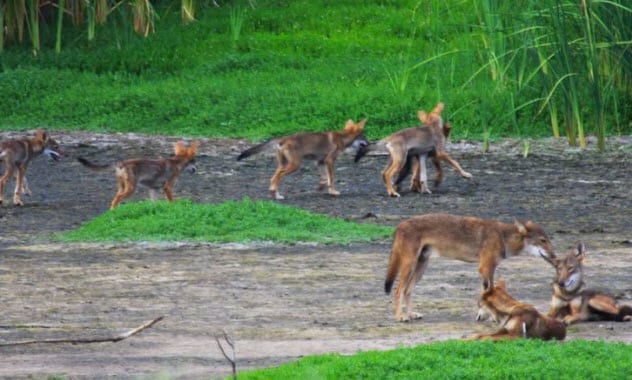 Red wolves once roamed the southeastern United States. The human factor killed so many that the last ones were taken to breeding facilities in 1980. Only 17 were pure. From this group, breeding produced enough animals to establish a pack in North Carolina (about 40 strong) and 200 animals in captivity.

In 2019, a biologist took photos of wild dogs in Galveston, Texas. He chanced upon them but was convinced that they looked different from the local coyotes. He sent an educated guess—that these were red wolf hybrids—along with photos and physical samples. The latter were procured from animals killed by cars.

Surprisingly, the biologist’s hunch was not only correct but it could end up saving the rare predator. The Texas pack contained DNA exclusive to the red wolf and “ghost alleles.” These alleles matched no known canine genes, including those of the red wolf.[5]

This genetic material was probably lost during breeding programs but survived in the Galveston dogs. Scientists hope to use the dogs to restore this genetic heritage to the wolf as well as to bolster their numbers and health. 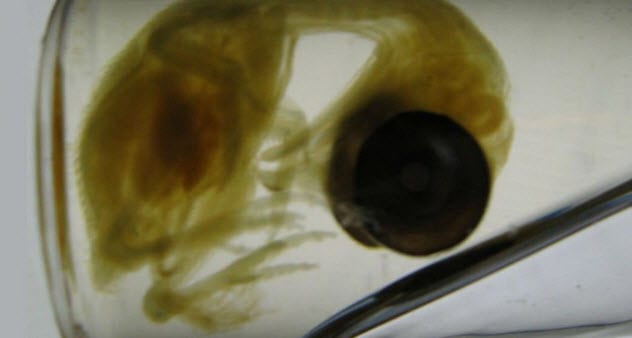 Recent fossils proved that some dinosaurs survived and evolved into modern birds. In 2016, scientists from Chile wanted to watch how dinosaur leg bones changed over time. Like modern birds, they had two bones in the lower limb, the fibula and tibia. Their fibula was a long tube that reached the ankle. The tibia was around the same length, positioned alongside it.

Evolution brought the next batch of avian dinos—the pygostylians. By then, the fibula had shortened and developed a splinter-like end. Modern bird embryos show signs of developing lengthy dinosaur fibulae, but they soon shorten and grow pygostylian ends.

To see this evolution in action, scientists suppressed the IHH gene in chicken embryos. This caused equal-length leg bones to grow down to the ankle, very similar to dinosaurs.

The dino-chickens did not live to hatch, but they revealed that IHH actively blocked the modern bones from reverting to a dinosaur state. This was also the first time that researchers viewed the dinosaur-bird transition in living creatures, which previously could only be seen in the fossil record.[6] 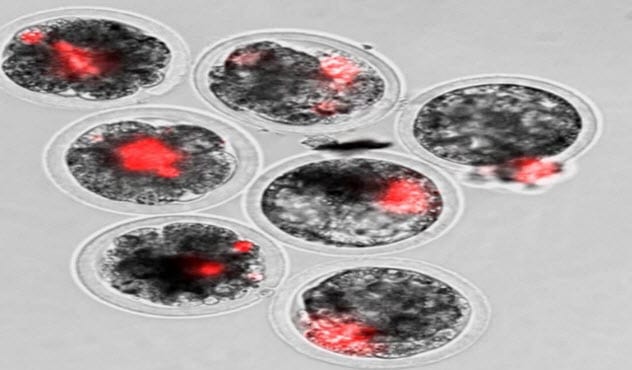 It may sound bizarre to create a human-sheep, but the motivation behind this hybrid is lifesaving. If researchers can take things to the next level, this combination could solve the world’s lack of donor organs. It might even cure type 1 diabetes.

In 2018, Stanford University created the first embryos with human and sheep cells. These embryos were allowed to mature for some time inside a surrogate animal before she was slaughtered. Unfortunately, the law does not allow hybrids to survive past 21 days.[7]

Although the project had to end there, this was the root stage for growing unlimited human organs—specifically, the pancreas—inside farm animals. Experiments had already cured a diabetic mouse with another mouse pancreas grown inside a rat.

Researchers plan to grow modified sheep lacking the organ and hope that the animal’s human DNA will step up and create a pancreas. However, to reach that stage, the experiment must run at least 70 days, which would require special permission from regulators. 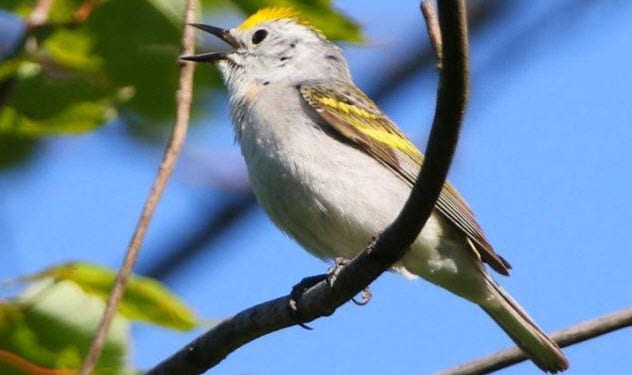 In Pennsylvania, two warbler species (respectively, blue and golden-winged) often interbreed. Depending on their colors, their hybrids are known as either Brewster’s or Lawrence’s warbler.

In 2018, an avid bird-watcher photographed what he thought was a Brewster’s. However, when Lowell Burket examined the pictures afterward, his experienced eye noticed that the bird had out-of-place markings.

The birdwatcher sent images, videos, and his theory to ornithology experts. They were so convinced by his evidence that they helped Burket to catch the bird. Blood samples confirmed that the warbler’s mother was a Brewster’s hybrid that bred with a chestnut-sided male. The ultrarare three-species hybrid was named “Burket’s warbler” in honor of the man who found it.[8]

2 Extinct Tortoise Could Be Alive 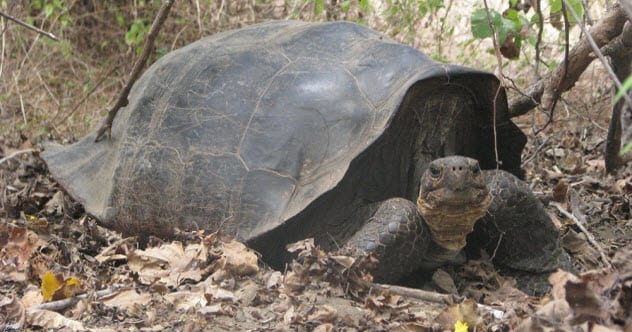 About 150 years ago, a giant tortoise was declared extinct. The last one was seen on Floreana Island, which is a part of the Galapagos Islands in the Pacific Ocean. Chelonoidis elephantopus had a saddle-shaped shell, while the shells of other tortoise species on the islands were domed-shaped.

These giant tortoises were spectacular, measuring up to 1.8 meters (6 ft) long and weighing 408 kilograms (900 lb). In recent times, researchers noticed a change in another giant species.

Chelonoidis becki lives on Isabela Island, located around 322 kilometers (200 mi) from Floreana. Some had saddle shells when they should have been domed. Samples were taken from 1,669 tortoises. Incredibly, 84 had enough genetic markers to suggest that one parent was the extinct C. elephantopus. More encouragingly, 30 of the hybrids were under 15 years old.[9]

Their genetic variety also suggested that at least 38 different C. elephantopus left offspring on Isabela. Given that they can reach 100 years of age, some might even be alive. If so, this is the first rediscovery of a species thanks to the hybrid offspring it left behind.

1 The Hybrid That Became A Species 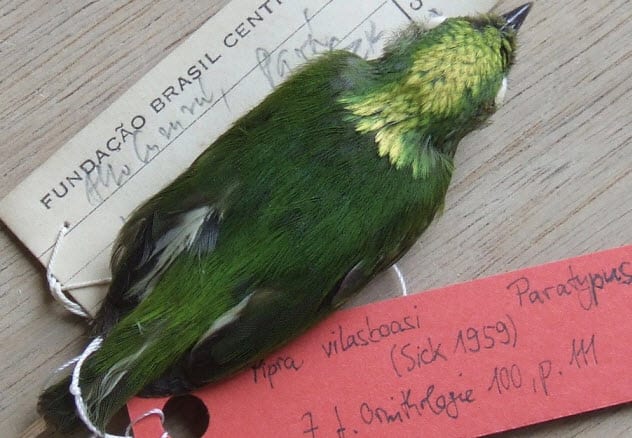 The Amazon is known for weird animals, but one bird surprised even the experts. In 1957, a new manakin was identified and named the golden-crowned variety. The small bird was clearly a species with its own population and territory. Nothing seemed out of the ordinary. Then it disappeared for 45 years until 2002.

In 2018, genetic tests showed that the rare birds were hybrids. They carried 20 percent of the snow-capped manakin’s genome and 80 percent of the opal-crowned manakin’s. It sounds like just another crossbreed, but this was the first hybrid bird species found on the planet.[10]

More remarkably, the parent species spawned the new one around 180,000 years ago. Overcoming epic hurdles that nearly all hybrids fail, the golden-crowned bird became a real species.

Apart from proving that not all hybrids are recent, the bird also looked different from its “parents.” All three had green bodies but different head shades. The snow-capped had white feathers while the opal-crowned shimmered with iridescent colors. The golden-crowned manakin evolved a bright yellow cap.

Read about more strange hybrids on 10 Hard-Core Hybrids Formed By Sex Among Three Species and 10 Experiments That Have Created Real Human-Animal Hybrids.