Listverse’s fifth birthday is approaching so I thought it would be fun to honor some of the regular contributors and commenters of the Listverse community. Apologies to all those that are not mentioned – in keeping with site tradition I obviously had to limit the number of entries to ten. I’m sure there will be some disagreements over inclusions/exclusions so please remember that this list reflects my personal observations over the last three years and needless to say, is highly subjective. Be sure to point out who I’ve missed in the comments.

10
The Firsts
A Peculiar Subculture 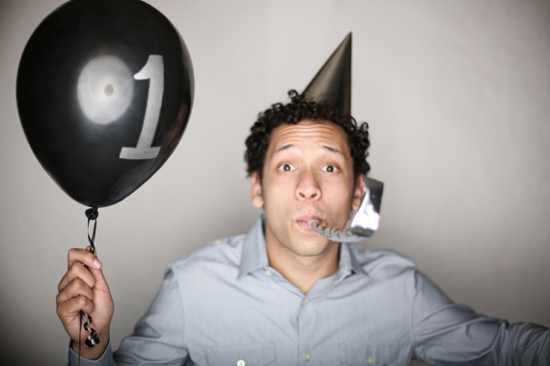 More so a group of people rather than any particular person, the “firsts” are all those who take a curious delight in being the first commenter on a newly-published list. There are surely hundreds of them sitting at their computers every day, in multiple countries and time-zones around the world, madly refreshing their browsers in the race to be the first commenter. So on behalf of all other Listversers, allow me to reply to all past, present and future “firsts”: WHO CARES???! I will never understand the warped sense of satisfaction derived from such a pointless endeavor.

A similar group that abounds the hallowed halls of Listverse are what I call the “closet-firsts”. Like the regular firsts, the closet-firsts get their jollies from being the first commenter, however, they are just a teeny bit embarrassed at being so childish. Instead of posting something like “FIRST WOOHOO!” they’ll post a much more generic comment such as “nice list” and no doubt will chuckle with glee to see their name heading the comment list. However, it is patently obvious to other readers that it is impossible to properly read and appraise an entire list within fifteen seconds of its publication. So to all the closet-firsts out there – you’re not fooling us!

(A special mention for one of the common “firsts” – the person with the profile image of a hash symbol and digit ‘1’ on a red background – for quite a while this “first” put in a concerted effort at ‘winning’ this little game every single day, though lately, it seems, he or she has grown tired of it.)

NOTA BENE: Since our transition to the Disqus commenting system we appear to have eradicated the “first” posts. 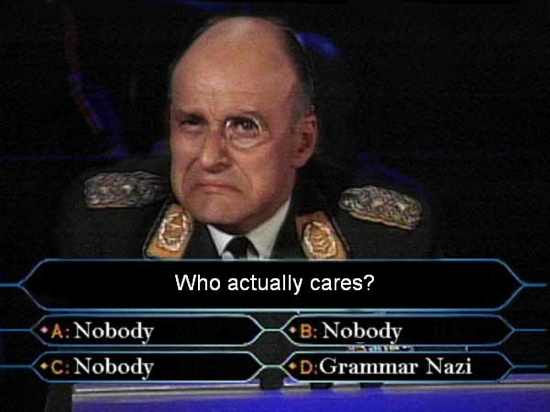 Seemingly governed by nothing but the particular mood he happens to be in, GrammerNazi fluctuates from a troll-like annoyance to an (almost) serious commenter. I say “troll-like” because trolls usually get bored with posting on the same site every single day so they tend to move on pretty quickly. Not so GrammerNazi. From what I can gather, the GrammerNazi profile has been around since about mid-2011, though there is no telling how long he may have been posting before that, under different pseudonyms.

He delights in posting crude, controversial and deliberately provocative statements which are (usually) in line with what one might expect to hear from an immature teenaged boy. Even in this entry I have automatically used masculine pronouns to refer to him, simply because the “foul-mouthed little boy” persona is so well ingrained. Nevertheless, amidst the coarse language and trashy jokes, GrammerNazi can (sometimes) be quite insightful and, I must admit, has made me giggle on many occasions. Perhaps there’s a little boy in all of us. 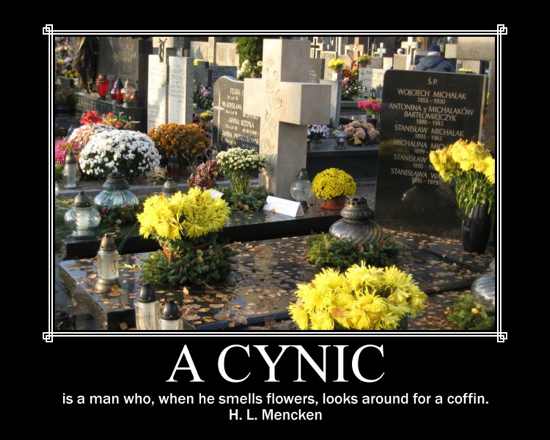 Ryan Thomas is a prominent author of lists with a unique style. Love him or loathe him, there’s no denying Ryan has contributed greatly to Listverse, if by nothing else than the sheer number of his lists that have been published. He has authored lists on a wide variety of subjects, though his favored topics seem to be movies (particularly the horror genre) and music.

Ryan has a distinctly cynical writing style that he couples with some poignant philosophical observations to create some powerful material. His derisiveness can run away with him at times, but on the whole, he keeps his lists light-hearted enough with his wickedly black humor. Take for instance, this opening line of his recent list on “human freaks of nature”: Kermit the Frog sang that “It ain’t easy being green.” How about, “It ain’t easy being a conjoined-twin forced into a humiliating form of circus-slavery.”

Kate Mulcahy emerged from the woodwork early this year and unleashed a torrent of top-quality lists. She gained instant popularity with Listversers due to her interesting and well-written contributions. She has an impressively broad spectrum of knowledge, a knack for coming up with unusual list topics and the literary skills to keep readers captivated from the first entry to the last.

Kate is (obviously) female and hails from Great Britain. The initial deluge of her lists (nine published in twenty-five days, or thereabouts) prompted some Listversers to initially question her very existence! One school of thought was that Listverse may have employed someone (or several people) who were paid to write content for the site.

Kate’s relatively low position on this list is due mainly to the fact that she hasn’t been around very long. Give it a couple of years or another fifteen to twenty lists and she could easily be regarded amongst the top two or three contributors on Listverse. 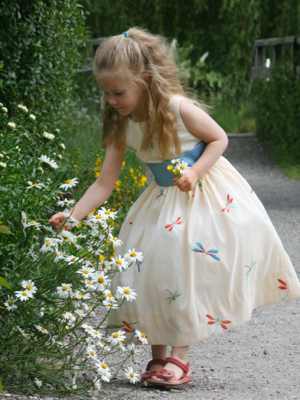 I know her as “the flower girl€ because flowers are her favored list topic but to be fair, she has also contributed quite a few lists on other topics. I must admit, when I first saw a list about flowers I was immediately disappointed as I couldn’t think of a more boring topic! However, after actually reading the list, I am happy to say I was pleasantly surprised.

Christine has a classy writing style and she can take a seemingly mundane (in my mind, at least) topic and produce an interesting and informative list. Her research is always impeccable and her lists are thoroughly enjoyable to read. 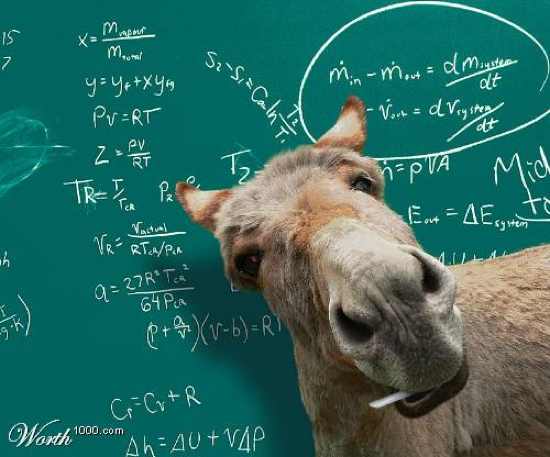 Every class has a smarts and Listverse has several – though none wittier than Arsnl. A long-time commenter and valuable contributor to discussions, Arsnl has been knocking around on the comments pages for a number of years. He has the typical dry humor of a Brit and his alias looks like a contraction of an English football team, though I’m not absolutely certain of his nationality.

He is not your typical smarts in that he is not constantly trying to be funny. For the most part he politely participates in debates and weighs in with logical, reasoned responses. But he can be hilariously sarcastic in his rebuttals and has kept me well-entertained over the years with his acerbic wit.

Perhaps this recent comment from vulnerablebrena says it best: “See, Arsnl, this is why I have a “crush” on you. Who doesn’t like an intelligent smarts?” 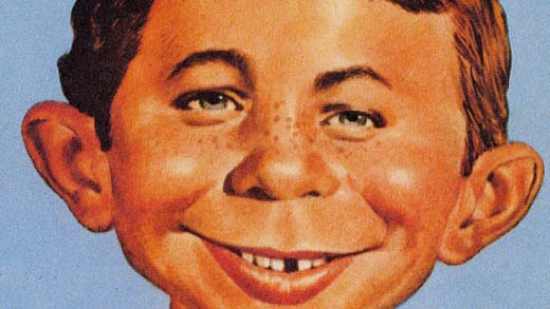 With his trademark Alfred E. Neuman profile image, Maggot is both an active commenter and list contributor. His published lists deal mainly with music but his commentary knows no topical boundary and he remains my personal favorite commenter. You can always count on Maggot to provide a carefully-measured rational perspective to just about any debate raging deep in the bowels of Listverse’s comment pages.

Maggot seldom lets brevity get in the way of making his point and is well-known for his detailed responses. Be that as it may, he never comes across as rambling and always presents his arguments in a coherent methodical manner. Every time I read a Maggot explanation I admire his reasoning and articulation just a little bit more. 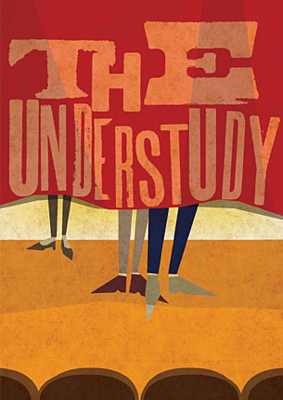 I call him “the understudy” because he happens to be my second-favourite lister, second only to number 2. LordZB has an astonishingly deep knowledge of the arts. His impressive lists are treasure troves of information on history, philosophy, literature and culture. Not only are they informative, his lists are written with a coherence that immediately enables the reader to grasp the content and consider it from entirely new perspectives.

With their profound interpretations, eye-opening commentary and expert evaluations, LordZB’s lists are ones to look forward to. 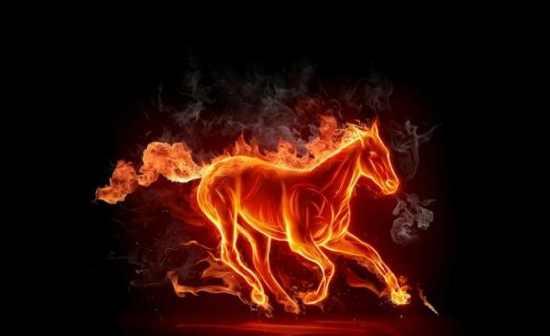 There is no other word to describe my personal favorite lister other than ‘phenomenal.’ It is entirely possible that this guy knows everything. Everything!

He clearly has his favorite topics – classical music for one – yet has published so many lists of such diverse content it is difficult to pinpoint anything that he does NOT know! He has a quirky habit of referring to himself in every list at least once (using the term ‘this lister’) and he frequently employs this technique to impart his personal tastes or highlight his particular favorite.

The breadth of his knowledge is truly mind-boggling but the fundamental strength of Flamehorse’s lists is the quality of his prose, which is written with an unmatched elegance. His direct and expressive language is delightfully easy to read and naturally flows around a rich vocabulary. In my opinion, Flamehorse is the best writer of lists on the site. 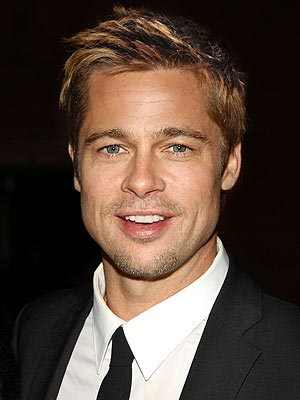 Could it really be anyone else at number one? Jamie Frater is the founder, owner, commander-in-chief and illustrious leader of the Listverse community. He has personally presided over the site’s growth from inception to a global audience of over fifteen million. Jamie is an interactive member of the Listverse community and even allows this to overlap to his personal life by allowing contact through social media.

Although he doesn’t publish as many of his own lists as he used to, Jamie is an amply competent scribe and his work remains competitive amongst the upper echelons of Listverse articles. As the site continues to grow it is clear that the administrative responsibilities are consuming an increasing proportion of Jamie’s time and I’m sure I speak on behalf of all Listversers in saying we look forward to (hopefully) seeing more of you in the future JFrater. [JFrater’s reply: you will; I am dedicating considerably more of my time to the site since we moved away from the shackles of WordPress VIP; that is the reason for posting two lists a day recently. I have a number of new lists in the works.]

Okay it’s not a Listverse personality but I (JFrater) am hoping it will become an important new addition to Listverse: Listverse Collections. This is a new way of grouping lists based on specific audiences and topics. It will eventually make its way to the front page of the site, but at present it is in a kind of “beta” mode. Please check it out and let me know what you think. Also feel free to suggest new collection topics.