Fictional great escapes can rarely compete with those that happen in real life. Many lists have already covered escapes from prisons – and even though this list has one or two that corresponds with that sort, I decided to focus on other – perhaps more fascinating – true escape stories.

Escapes from death, oppression and hunger – some are very well known, others less so, but they all have one thing in common: bravery. The bravery of men, women and sometimes even children has provided us with eloquent proof of man’s passion for freedom, righteousness and the will to survive.

The Becker house stood directly on the border that separated East from West Berlin. Clara Becker, a widow, raised her six children to be hardworking and industrious. Their house was always overflowing with all the young people from the neighborhood.

As the Berlin wall came up, their world closed in. Extra police were brought in from all over East Germany to man the border after some people managed to escape. Amid acute food-shortages and horrendous rumors, the Beckers knew they had to get out before it became too late.

After an almost fatal escape-attempt, the Beckers and some of their friends decided to dig a tunnel to West Germany from the their own house. It took the diggers (working in shifts; teams of two with only hammers, shovels and pickaxes) three days just to get through the basement wall. Getting rid of the dirt in an old well, the teams faced daily uncertainty as they battled cave-ins and certain death if caught. On January 24th 1962, a band of 28 refugees finally managed to crawl into West Berlin and to freedom. 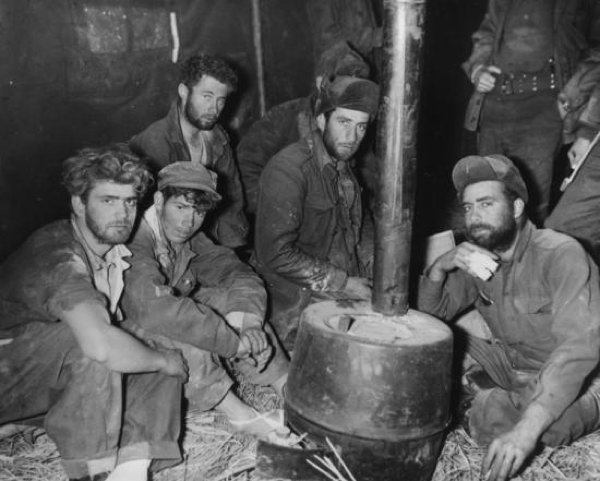 Martin Kaylor was going home after serving as a gunner in the Korean War. After failing to understand the Korean villagers’ warnings, his convoy was ambushed and Kaylor, wounded, was captured. It was snowing heavily when they were forced marched, limping, over icy mountain trails for 11 days.

After being moved again, the POW’s finally realized that they were never going to be released. All 19 marines in the group sneaked off, and waded across the Imjin River – running for miles until a Korean man found them and hid them in a deserted house. They marveled at the wallpaper inside the house, as it was the first wallpaper they had seen in ages.

It turned out that the wallpaper was to be their saving grace. They used strips of it to spell out “POW 19 RESCUE” in the nearby rice paddy; these words were spotted by an observer plane, and the men were rescued. 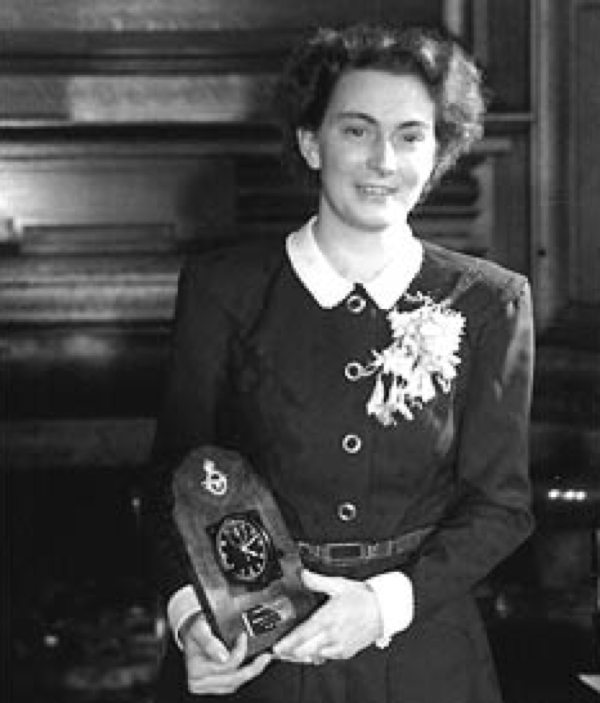 Countess Andrée de Jongh was a member of the Belgian Resistance during the Second World War. As a young girl, her heroine had been Edith Cavell, a nurse who was shot for helping troops cross from occupied Belgium to the Netherlands.

At the age of 21, de Jongh arrived in Bilbao, Spain, having travelled over the Pyrenees on foot. Upon arrival she requested British support for her escape network, The Comet Line, which helped Allied soldiers to return to Britain – her request was granted by M19. Starting in Brussels, the men would be given false documents before being hidden in safe-houses. A network of people then guided them via Spain and Gibraltar. Numbers vary, but we do know for a fact that the Countess helped more than 500 soldiers escape. She escorted 118 airmen over the Pyrenees herself! 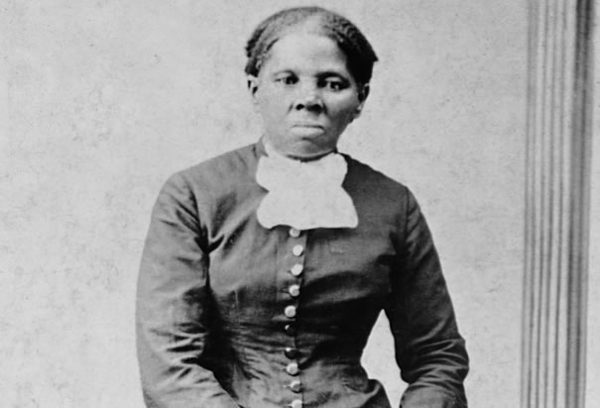 Harriet Tubman grew up in Maryland as a slave. As a young girl, she was severely beaten by her masters and at one point suffered a serious head wound which led to her having seizures, headaches and very powerful visions. A devout Christian, she believed her visions to be revelations from God.

In 1849, after her master died, she was sent to work on a neighboring farm. Management was slack, and it took almost two weeks before it was realized that she never showed up for work. After being convinced to return to work, she escaped again shortly thereafter via the Underground Network (a network of safe-houses, run by anti-slavery activists).

Harriet went to Philadelphia, but quickly returned to free her family. Traveling by night, she eventually guided dozens of other slaves to freedom. She became fondly known as “Moses”, and it was said she never lost any of the charges under her wing. When the Fugitive Slave Act of 1850 was passed, she simply guided fugitives further up north to Canada where slavery was illegal. 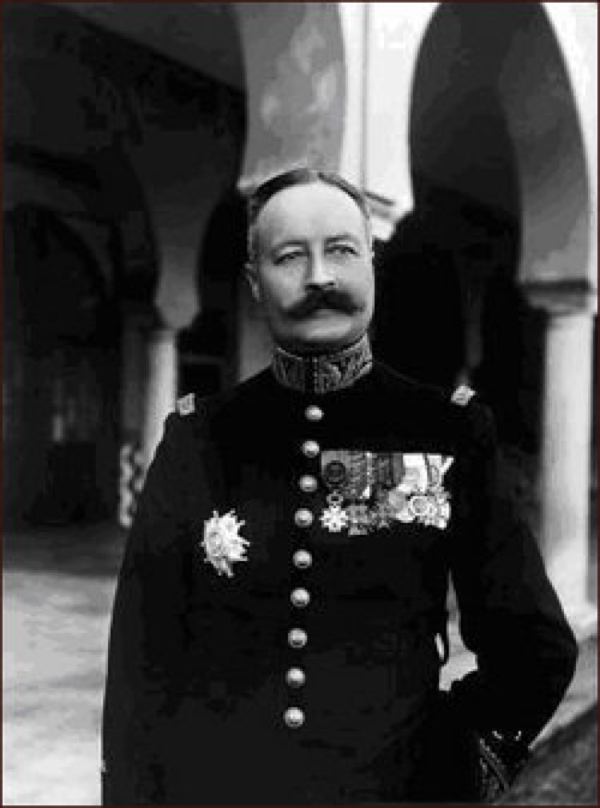 Henri Honoré Giraud joined the French Army in 1900. During WW1 he was captured at the Battle of Guise and seriously wounded. After he recuperated, he escaped via the Netherlands and returned to France. Continuing his career, he served in Constantinople and Morocco, receiving the Legion d’Honneur. He was again taken prisoner on May 19, 1940 at Wassigny and transferred to Königstein Castle near Dresden, which was used as a high-security POW prison.

It might seem impossible that he should escape again – he was already 61 – but he carefully planned his escape over the next two years. He perfected his German and memorized maps of the surrounding area. As he received many packages during his incarceration, friends were able to sneak him copper wire and material to make a rope. In April 1942, he lowered himself down the face of the mountain fortress and eventually made it back to France. 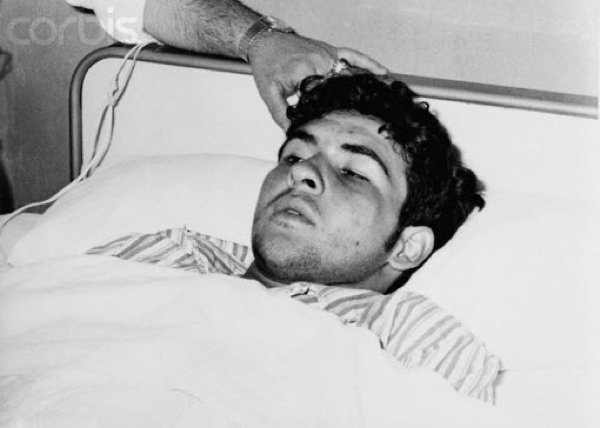 In June 1969, a young man made a mad dash for freedom from his homeland, Cuba. He ran towards a DC-8 plane headed to the US as it took off, got onto the landing gear and managed to make it into the compartment without being crushed.

Statistics say that 50–70% of stowaways never make it, but 18 year old Armando Socarras Ramirez was one of the lucky few. After 8 hours at 30 000 feet, crew members were shocked to discover his comatose body – he was raced to hospital, where everyone assumed he would die. But after 24 hours, he recovered completely. Ramirez survived due to the fact that he was young and fit; that he had placed cotton in his ears to reduce the noise; and that he had tied himself to the landing gear with a rope so that he wouldn’t fall. Experts believe his body went into a type of hibernation which enabled him to survive the odds. 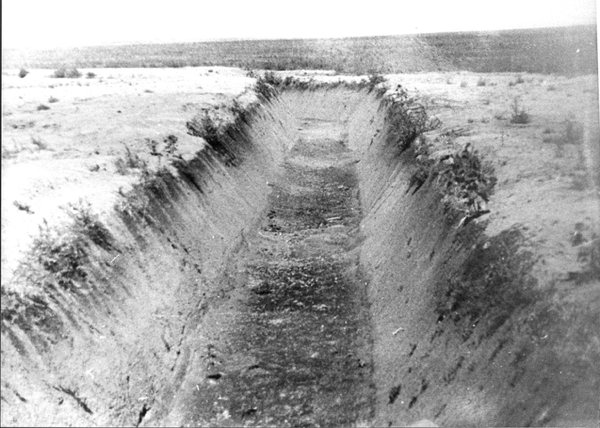 After the bombing of Differdange, Luxembourg, 18 firemen and one woman stayed behind as the rest of the town fled. After two days of fighting, the French pulled back and the German tanks rolled in. At first, the Germans were civil towards the firefighters – after all, they came in quite handy by cleaning the debris, burying dead animals and even putting out a few fires.

Two weeks later everything changed. The Germans were bombed by the French; in retaliation, the firemen were marched outside the building towards a mass grave. The Lieutenant felt sure that one of the firemen had sent a signal to the French. He asked his Corporal, Johan Punzel, to take over their custody until their execution.

The prisoners pleaded with the Corporal, persuading him to re-investigate the claim against them. When he realized that they were innocent, he arranged for their escape via a truck. The departing prisoners wanted to give him their jewelry, but he wouldn’t accept it. Luckily for Johan Punzel, the regiment were ordered to move again. In the chaos, it appears that the firemen were forgotten. 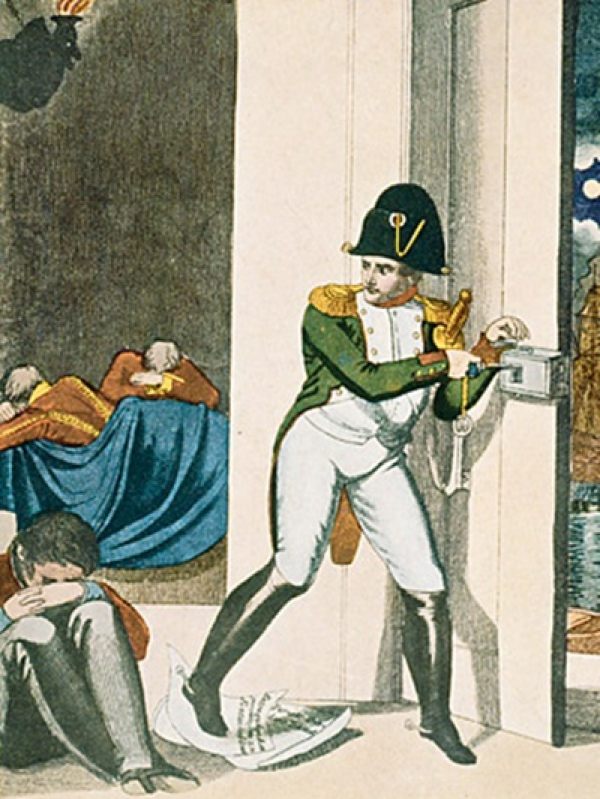 Napoleon Bonaparte is best remembered as a French political and military leader – actually, as one of the best military commanders of all time. Becoming First Consul in 1799 after a successful coup, he later crowned himself Emperor of the French. Some say he was so eager to be Emperor that he grabbed the crown from the pope at his inauguration – but this is heavily contested.

His good fortune eventually came to an end, and after several failed military campaigns he was exiled to the island of Elba. In his 9 months on Elba, Napoleon was allowed to receive letters and newspapers; he also had several of his most loyal men with him. He watched with interest how disappointed the French people became as the great empire shrank – and he rightly concluded that his return would be met with enthusiasm.

In February 1815, he sailed away from Elba under the cover of darkness. Since Elba is very close to France, he was back home in a matter of hours – landing at the Southern cast of France with roughly 1000 soldiers. 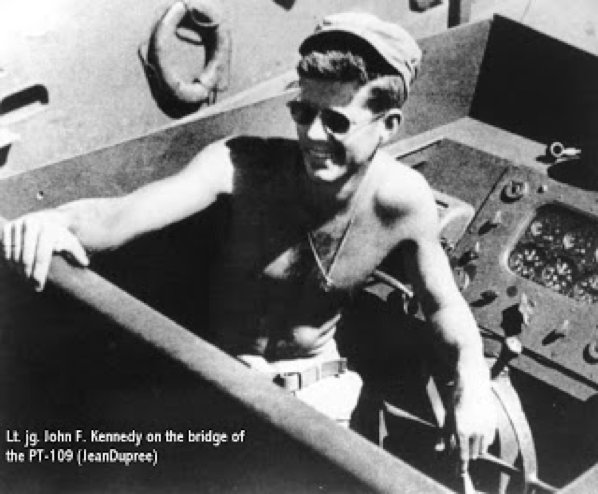 Blackett Strait – near the Solomon Islands – was extremely dark on the night of August 1, 1943. PT-109 was one of 15 “Patrol Torpedo” boats looking for Japanese vessels. After an unsuccessful skirmish earlier in the evening with Japanese Destroyers, Lieutenant Kennedy met up with two other PT-boats. Spreading out to form a line, they set up a patrol in case the enemy ships came back.

Sailing into the path of a Destroyer with too little time to evade, the Kennedy’s PT-109 was cut in half. With Japanese bases all around them, they decided to swim to Plum Pudding Island. The young Kennedy towed his badly burned mate by using a life-jacket strap. The island was very small, with no food or drinking water. Kennedy swam another 4km in search of help and food – later leading his men to Olasana island, where they found drinkable water and coconut trees.

The other Americans, who had seen the explosion, assumed that all the men had died. The navy held a memorial service for them. But after six more days, the men were finally saved after being spotted by scouts – and the strapping young Lieutenant Kennedy went on to become the 35th President of the United States. 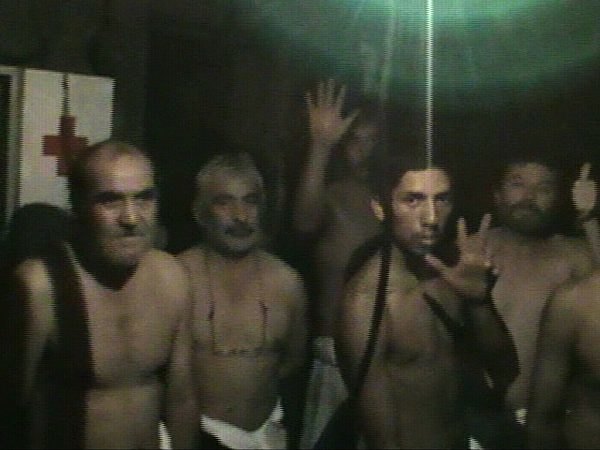 On the 5th of August in Chile, 33 miners were trapped 2300 ft (700m) underground after a huge cave-in. The miners tried to escape via the ventilation shafts, but there were no ladders; rescuers tried every entrance but all were blocked by rocks and debris.

During their time in the mine, the miners lived in a tunnel with very limited food supplies. After 14 days, rescuers started sending supplies and letters from their loved ones via 5-foot-long plastic capsules. Steel rescue capsules were constructed by the Chilean Navy, incorporating NASA’s designs and suggestions. These were eventually used to rescue the miners, 69 days after they were first trapped by the cave-in.