When we think of a cave, the first thought that presents itself is darkness. This is immediately followed, in our imagination, by impressions of cold and humid spaces full of insects and arachnids.

But in certain parts of the world, our prehistoric ancestors found it easier to carve out warm and safe spaces from rock, rather than use building materials of their own. In places such as Afghanistan, Turkey, and Morocco, a few ancient stone dwellings are even occupied by modern households—and today there are more and more architects experimenting with the advantages of contemporary cave living.

Whether these homes are man-made or natural formations, they are a testament to mankind’s ability to think outside of the box. 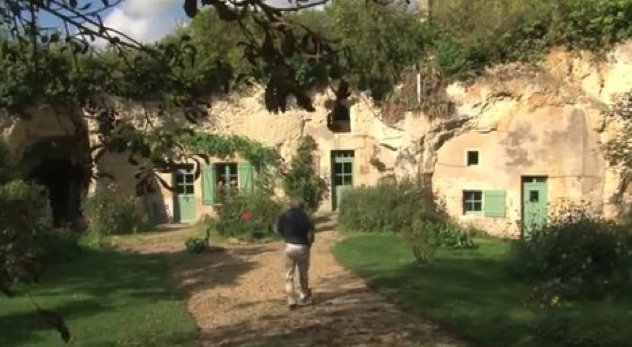 In the Saumur region of France, a massive limestone deposit was quarried for ages in order to obtain rocks to build houses in England and France. The limestone quarry was eventually abandoned and forgotten.

When a new owner bought the land, he renovated the caves and turned them into a magnificent residence. The six caves are now connected by tunnels. Some of the other features—such as the four-hundred-year-old doorways—have been left as they always were. As with most of the unique homes on this list, the surrounding rock insulates the caves perfectly, keeping temperatures mild throughout the year. 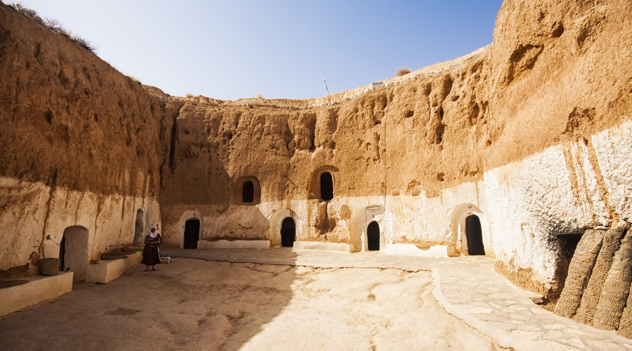 In 1976, the underground village of Matmata found international fame when the Hotel Sidi Driss appeared as Luke Skywalker’s childhood home in Star Wars. The structures in this village are usually created by delving a large cavity into the ground. Along the confines of the cavity, artificial caves are carved out for use as rooms.

Nobody is sure exactly how the village came to be, but residents claim that it was built when the region’s inhabitants had to flee their homes and live in the ground, in order to hide from Egyptian invaders. They hid so well, in fact, that the settlements were only discovered by the rest of the world in 1967. 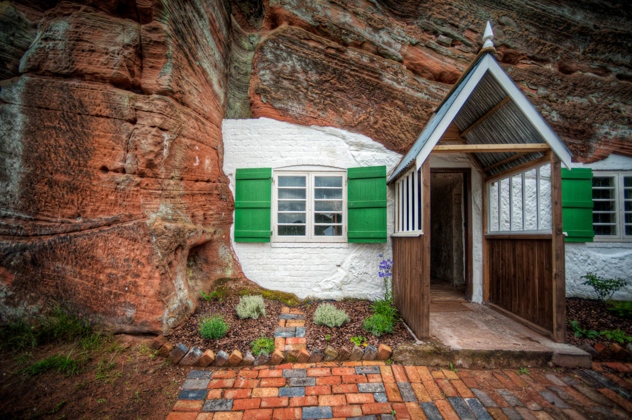 It has been said that the cave homes of Kinver Edge, Staffordshire, with their petite gardens, were the real inspiration behind J.R.R. Tolkien’s Hobbiton. Kinver Edge features some of the most recently occupied troglodyte/cave dwellings in the UK. Carved into the sandstone, the complete cave-houses were still inhabited as late as the 1950s.

One of the rocks, Holy Austin, was also used as a monastery until the Reformation. Today the houses are being restored by the National Trust, and visitors can view an exhibition of their history. The orchard and gardens are also presently undergoing restoration.

Kandovan is a popular tourist village in Iran’s isolated north-west province of East Azerbaijan. Its residents claim that their village was created more than seven hundred years ago, when their ancestors decided to hide in the caves while fleeing from the advancing Mongol hordes.

The unusual village—which resembles something like a termite colony—was carved into solidified volcanic ash, just like the structures of Cappadocia in Turkey. Some of Kandovan’s residences have also been expanded over the years to include storage rooms and animal shelters, and many of them have windows, doors, and even stairwells carved into the rock.

6
The Rock Cottages of Wolverley
UK 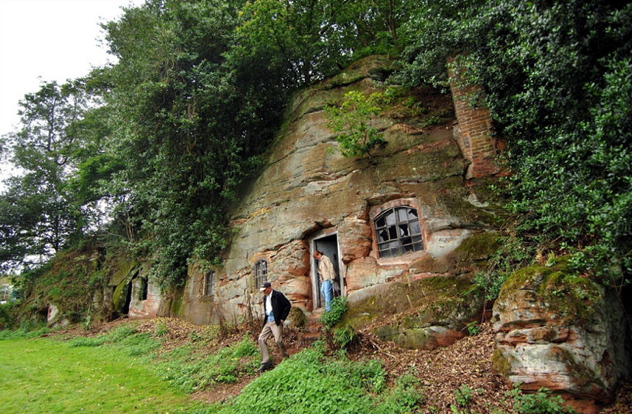 Scattered throughout the parish of Wolverley, one can find picturesque rock dwellings and cottages carved into a sandstone hill. Many of these original homes are warm and dry, while others can get extremely damp—particularly during the winter months.

The Rock Cottage featured on the image was recently sold for 100,000 pounds. It has many of the modern essentials you can find in a real home: fireplaces, bedrooms, doors, and windows—but no running water or electricity. It is situated on five acres of attractive garden and woodland. 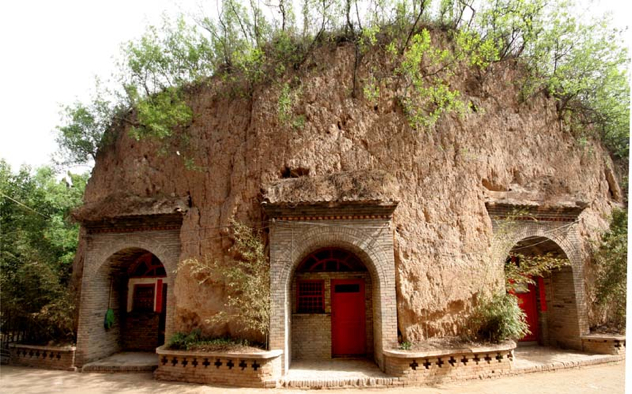 The insulated homes are cool in the summers and warm during the winters. Some of the more embellished Yaodongs may feature engraved facades, and the inner walls are sometimes plastered with lime. Many farmers in the area now build their Yaodongs partially or entirely outdoors. Influenced by the original underground homes, these feature semicircular arches and are constructed with stones and bricks. 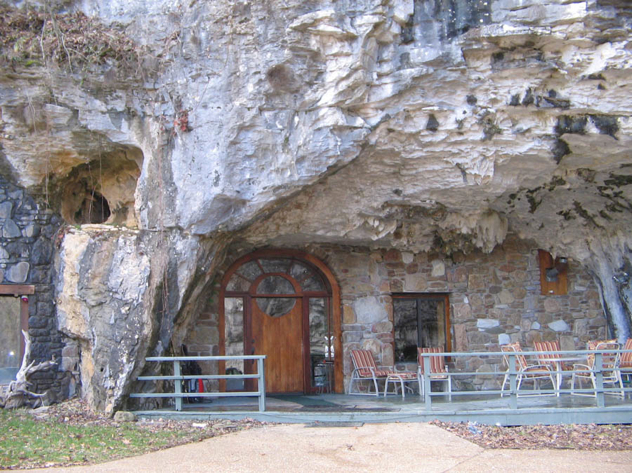 The Beckham Creek Cave Haven has had its fair share of owners, ever since its construction in 1984 in preparation for the nuclear winter. It has reportedly been used as a bordello, nightclub, and resort, before being purchased in 1997 by its current owner.

The current lodging took more than four years to complete. It was created with the basic principle of adding to the locale’s natural beauty, thereby putting guests wholly in touch with nature. The house features natural walls and ceilings, and the windows have been enlarged in order to allow as much natural sunlight as possible into the living areas.

3
The Rock Sites and Cave Homes in Cappadocia
Turkey 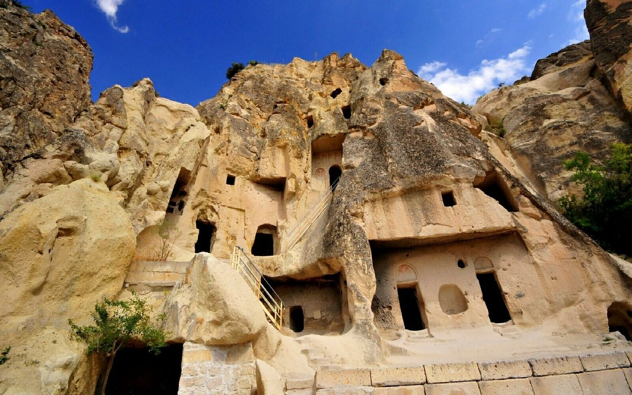 Featured on UNESCO’s World Heritage List, the incredible rocky wonderland of Cappadocia is honeycombed with cave homes, churches, store-houses and stables—all carved into the soft stone of the area. Some of the tunnel complexes in Cappadocia reach up to eight stories below the ground.

The soft stone was formed when ash—the result of volcanic eruptions—solidified into rock. This rock was eroded over time into pinnacles, mushrooms, and cones, which can reach heights of one hundred and thirty feet (40m). The site has also been a historic home to hundreds of Christians who fled Roman persecution in the fourth century A.D., and some fresco paintings dating from Byzantine times have been preserved to this day.

2
The Cave Houses of Granada
Spain 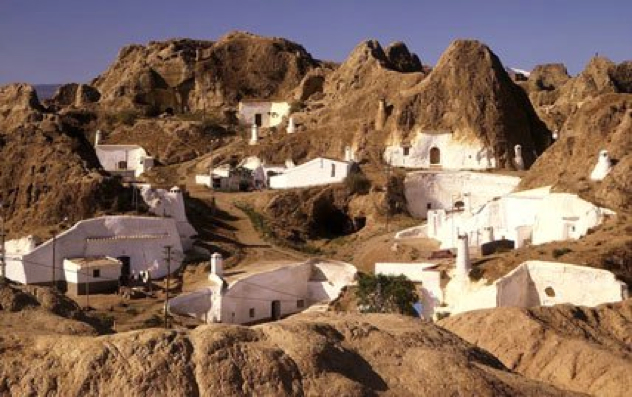 In Andalusia, a region in Southern Spain, cave houses have been carved out of the rocks since the time of the Moorish invasion. Many cave homes of the Albaycin and Sacromonte areas also form part of a UNESCO World Heritage Site, along with the Alhambra Palace. In the late 1960s, when farming became modernized and more mechanical, many inhabitants lost their livelihood and many cave houses were abandoned. Thankfully, this decline is being reversed today, and in many villages you can still find exquisite cave houses. 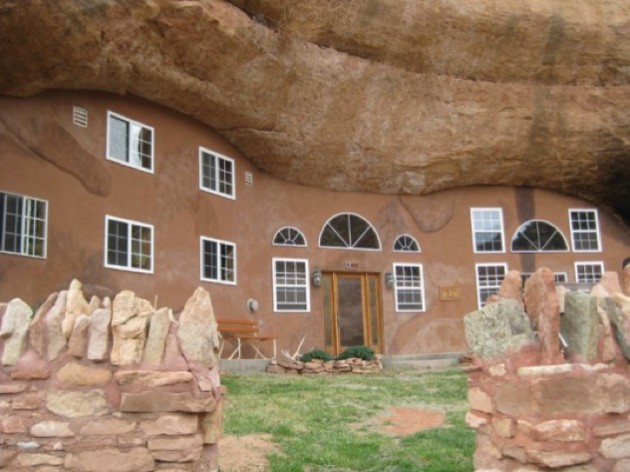 Built into a natural red rock cave, the Cave Palace Ranch consists of three bedrooms, two bathrooms, a living room, a dining area, and a kitchen. It has an eighty-five-foot (25m)-deep well that provides a water supply, as well as a solar-powered system and a back-up gas powered generator that take care of electricity.

It seems like the owners of this cave palace have thought of nearly everything; they have even made sure there are no air leaks.

Hestie lives in Pretoria, South Africa. She is determined to spend a night in a cave house before she dies.