Rock and metal musicians have a reputation for cutting loose, not playing by the rules, and running wild. Life on the road, rocking out every night, adoring fans worldwide, and a seemingly limitless supply of booze and drugs would be a dream for many aspiring musicians.

Tragically, that dream can just as quickly turn into a nightmare when the wheels come off and events spiral out of control. Murder—whether intentional or accidental—still results in the loss of life for an innocent victim. The following rock and metal musicians will always be known as entertainers—but also as killers. 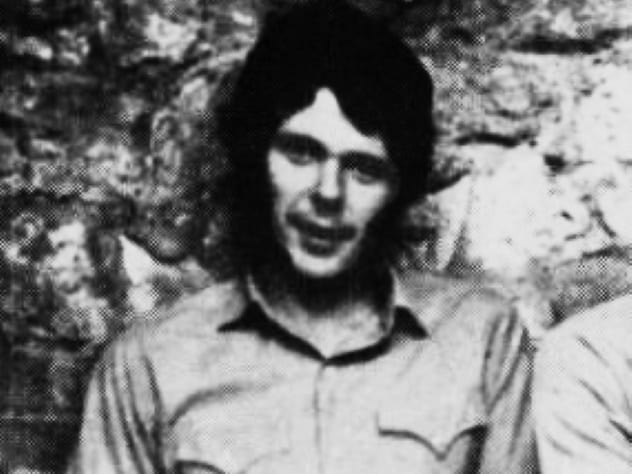 1970s rock musician Jim Gordon was the drummer in Derek and the Dominos and was also known for performing alongside George Harrison, Joe Cocker, John Lennon, Steely Dan, Alice Cooper, the Beach Boys, and the Monkees. Sadly, he suffered from undiagnosed schizophrenia and had to give up his music career by the 1980s, as his mental health worsened. He heard voices in his head and displayed self-destructive behavior.

On June 3, 1983, Gordon tragically murdered his own mother, 72-year-old Osa Marie Gordon, during a schizophrenic episode. He bludgeoned her with a hammer before fatally stabbing her to death with a butcher knife. Gordon claimed the voices in his head made him do it. Sentenced to life in a psychiatric prison, Gordon recalled, “When I remember the crime, it’s kind of like a dream. I can remember going through what happened in that space and time, and it seems kind of detached like I was going through it on some other plane. It didn’t seem real.”[1] 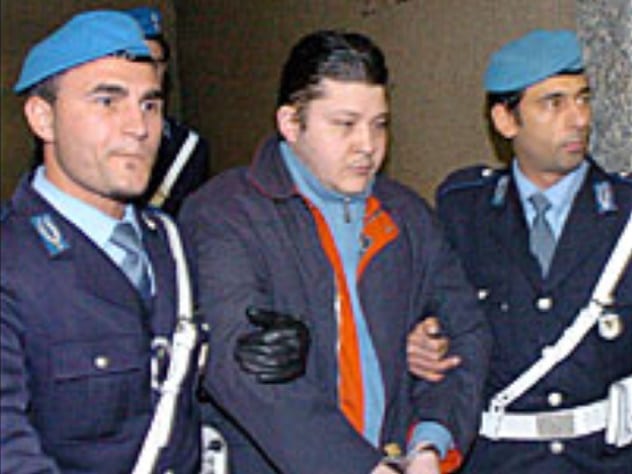 The Beasts of Satan were a heavy metal group from Busto Arsizio, near Milan. They carried out three satanic ritual murders. In 1998, following a night of drug-fueled sex and heavy metal music in the woods, the party turned deadly under the full moon. Nineteen-year-old Chiara Marino was stabbed to death, and her 16-year-old boyfriend, Fabio Tollis, was bludgeoned to death with a hammer as he tried to save her.

In January 2004, band leader Andrea Volpe’s girlfriend Mariangela Pezzotta was shot, and it is believed that she was still alive when she was buried. The assumed motive was that she knew too many of the band’s secrets. Volpe was sentenced to 30 years behind bars, and another band member, Pietro Guerrieri (pictured above), was sentenced to 16 years for his part in the brutal slayings.

Investigators still suspect that the real victim count is as high as 18, based on many other suspicious cases, including the apparent suicides of six former band members.[2] 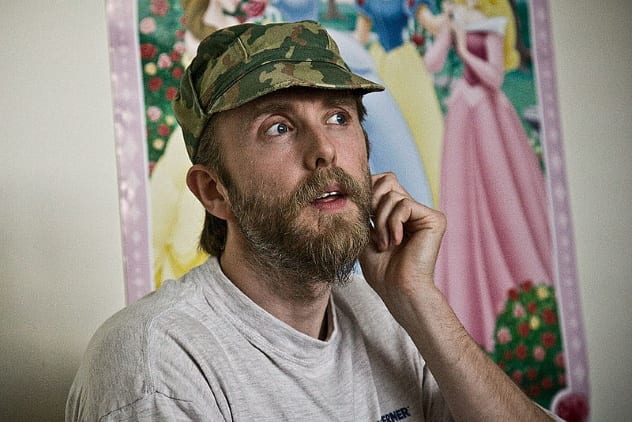 Norwegian black metal musician Varg Vikernes was convicted of murdering Mayhem guitarist Euronymous in 1993. Mayhem band members were accusing Varg of burning down three Christian churches, which he denied, though he supported the arson attacks. In 1991, Varg became one of the most influential black metal acts after he went solo with his own music project, Burzum. This led to tensions within the group and a disagreement over music royalties.

Varg stabbed Euronymous, real name Oystein Aarseth, to death at his apartment. He claimed self-defense, as he had heard Euronymous was plotting to use a stun gun on him, torture him to death, and videotape the event. In an interview for the documentary Until the Light Takes Us, Varg said, “If he was talking about it to everybody and anybody I wouldn’t have taken it seriously. But he just told a select group of friends, and one of them told me.”[3] Varg was sentenced to 21 years in prison but was released on parole in 2009. 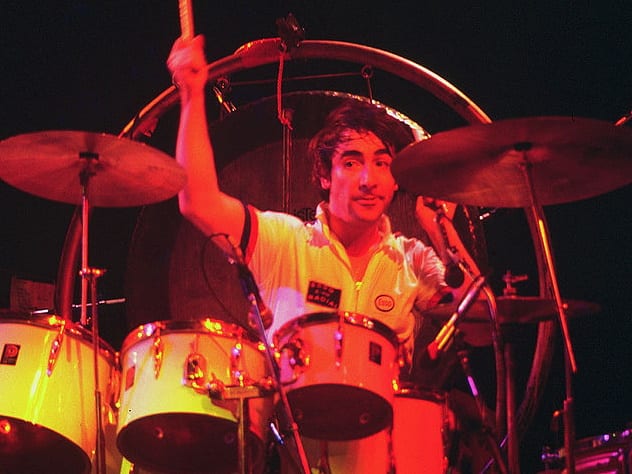 The Who drummer Keith Moon was cleared of all drunk driving charges following the death of his chauffeur and bodyguard, 24-year-old Cornelius (aka “Neil”) Boland, in 1970. Moon tried to escape in his Bentley after an angry mob of skinheads attacked him as he left a bar with his wife and friends in Hertfordshire, England. The mob tried to overturn the car, and in the commotion, Boland left the vehicle, leaving Moon to take the wheel. Boland either then stumbled or was forced in front of the car and was crushed under the wheels.

Despite Moon pleading guilty to drunk driving, driving without a license, and driving without insurance, all three charges were dropped. The judge told Moon, “You had no choice but to act the way you did and no moral culpability is attached to you.”[4] Those close to the rock star revealed that he suffered from nightmares following the incident for the rest of his life. In 1978, Moon died aged 32 years old after swallowing 32 clomethiazole tablets, which are used for treating alcohol withdrawal symptoms. 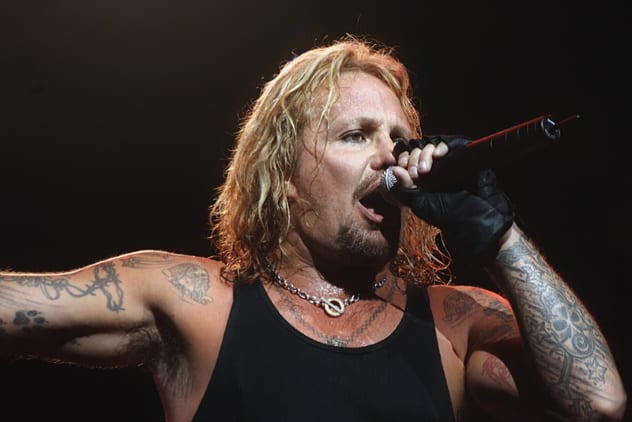 On December 8, 1984, Hanoi Rocks drummer Razzle was killed when he was a passenger in a car driven by Motley Crue lead singer Vince Neil. Razzle, real name Nicholas Dingley, had been partying in Hollywood when he and Neil decided to drive to the liquor store. Neil, who had been drinking, lost control and collided with another vehicle on the road. Razzle was the only victim who did not survive; he was declared dead on arrival at South Bay Hospital.

Neil was sentenced to 30 days behind bars but was granted an early release for good behavior. He said, “I wrote a $2.5 million check for vehicular manslaughter when Razzle died. I should have gone to prison. I definitely deserved to go to prison. But I did 30 days in jail and got laid and drank beer, because that’s the power of cash. That’s f—ed up.”[5] Neil returned to perform with Motley Crue, but Hanoi Rocks split shortly after their first tour. (They eventually reunited in 2001.) 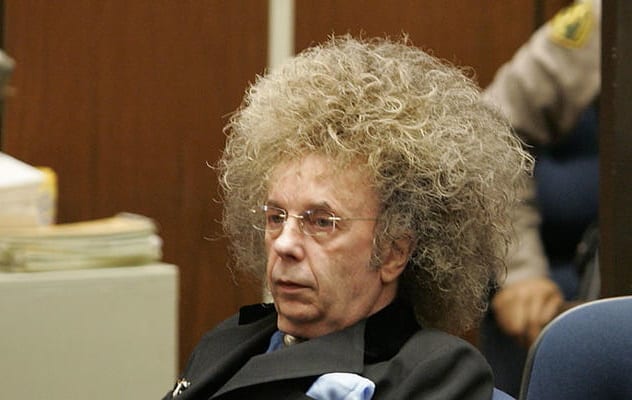 Record producer and musician Phil Spector was known for producing chart-topping hits like “To Know Him Is To Love Him” by the Teddy Bears, “You’ve Lost That Lovin’ Feelin” for the Righteous Brothers, and “My Sweet Lord” for George Harrison. Then, the morning of February 3, 2003, changed everything when the body of 40-year-old actress Lana Clarkson was found slumped in a chair with a single gunshot wound to her mouth at Spector’s California mansion.

According to the prosecution, following a night of heavy drinking, Clarkson tried to leave the mansion at 5:00 AM, but Spector flew into a “petulant fit of rage” and killed her, leaving her teeth scattered across the floor. They told the court that Lana was “simply the latest in a very long line of women who had suffered abuse at the hands of Phillip Spector.”[6] Spector argued that Clarkson took her own life and that she had “kissed the gun.” In 2009, a jury found him guilty of second-degree murder, and he was sentenced to 19 years to life. 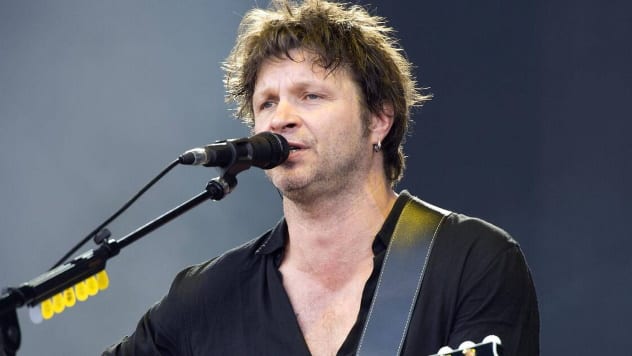 Noir Desir singer Bertrand Cantat was celebrated as the “Jim Morrison of French rock.” In 2003, he began an affair with actress Marie Trintignant, and they were in a Lithuanian hotel room when he beat her to death following an argument over a text message. Cantat said he “slapped” Trintignant a few times and put her to bed. However, an autopsy showed that he had inflicted 19 blows to her head, which caused irreversible brain damage.

In 2007, he was released on parole and attempted to resume his rock career. An online petition to stop him from performing as a solo act at the Papillons de Nuit festival in Normandy gained almost 75,000 signatures. The petition read: “By inviting Bertrand Cantat, you condone domestic violence and violence against women.” Trintignant’s heartbroken mother said during an interview, “He did not pay anything at all. He should have served 20 years. Everyone seems to have forgotten the number of blows Marie received.”[7] 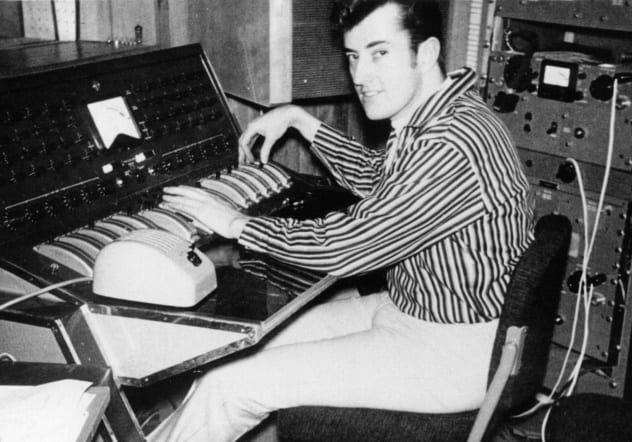 Joe Meek was considered one of the most influential sound engineers of all time. He was also recognized as an individual artist for assisting in the development of overdubbing, sampling, and reverb. In 2014, NME ranked him the greatest producer of all time, labeling him “a complete trailblazer, attempting endless new ideas in his search for the perfect sound.”

Meek would never personally receive such an honor, as he died following a murder-suicide at his home in London. On February 3, 1967, he flew into a fit of rage and killed his landlady, Violet Shenton, with a single-barrelled shotgun. He then turned the gun on himself, ending his life at the age of 37. The talented producer was believed to have been haunted by rumors of his homosexuality as well as a dispute with notorious London gangsters the Kray Twins, and he was under investigation following the murder of a teenage rent boy. His landlady was an innocent victim caught in the crossfire of his own tragic downward spiral.[8] 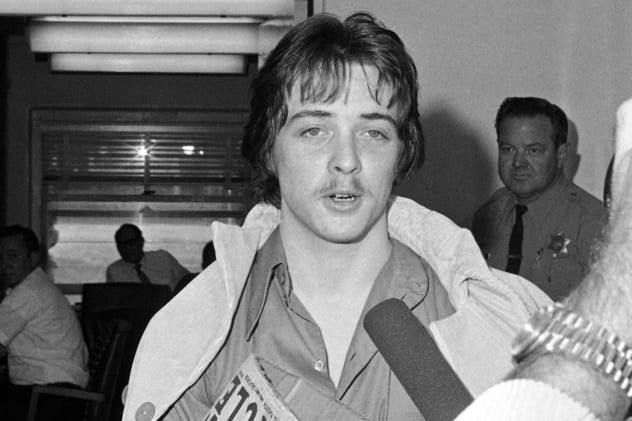 Bobby Beausoleil was a guitarist in the band the Grass Roots before the members went on to form the psychedelic rock group known as Love. (The name change was to avoid confusion with a more famous band also called the Grass Roots.) Beausoleil took a different path and became part of cult leader Charles Manson’s “family.” Manson himself was a failed rock star as well.

The murder took place days before the brutal Tate murders, also carried out by the Manson family, that shocked the world. Beausoleil has since been incarcerated at the California Medical Facility in Vacaville and denied parole a total of 18 times. 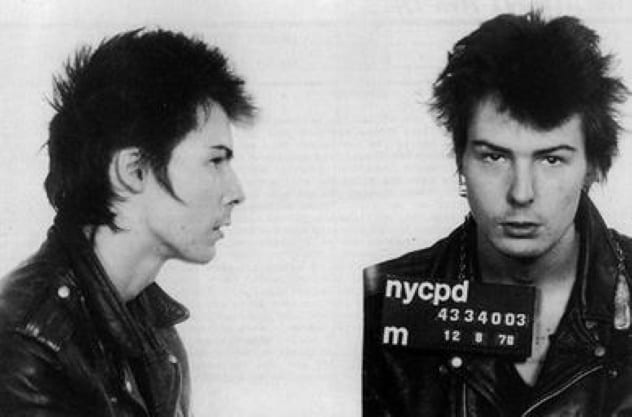 On October 12, 1978, the body of 20-year-old Nancy Spungen was discovered on the bathroom floor of the Chelsea Hotel in New York—she had suffered a single stab wound to the abdomen. Her boyfriend, Sex Pistols rocker Sid Vicious, was arrested on suspicion of murder.

The events were reported as follows: At 2:30 AM, Spungen had asked Vicious’s bodyguard to get some Dilaudids, an opioid painkiller. At around 7:30 AM, the sound of a female in distress could be heard coming from the room only Vicious and Spungen shared. At 10:00 AM, Vicious called reception to ask for help, and Spungen’s body was found slumped under the bathroom sink.

Vicious confessed to the crime but later recanted his confession and claimed he had been asleep the whole time. In 1979, Vicious was released on bail, and days later, his mother found his lifeless body in bed—he had overdosed on heroin at 21 years old. The punk rocker was never tried for the murder of Nancy Spungen.[10]

READ MORE BLURB GOES HERE 10 Bizarre Times Musicians Got Into Trouble With The Authorities and 10 Musicians Or Bands That Flirted With Nazism.