Not every food scandal revolves around a batch of moldy jam or some undercooked hamburgers. They can range from hilariously funny events to stories of terrifying neglect.

And sometimes, they are really, really strange. 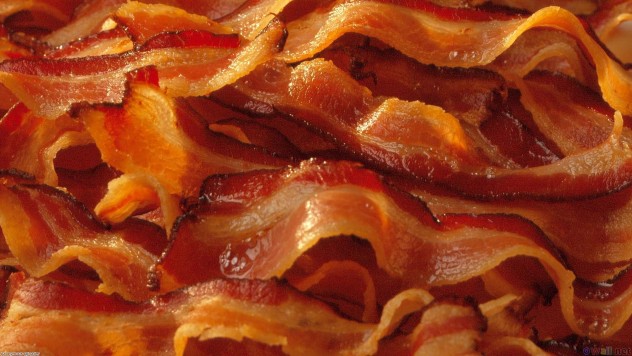 In 2005, Australians were alarmed by a very strange phenomenon in their fridges: their pork chops were more luminous than their fridge lights. The meat literally glowed in the dark.

The locals understandably panicked, going as far as to suspect radioactive contamination in the continent’s meat supply. However, the authorities quickly pointed out that the meat’s eerie glow is caused by a simple, harmless bacteria. But while they were technically correct, that still didn’t mean the meat was good to eat.

The bacteria in question is called Pseudomonas fluorescens. While it doesn’t cause food poisoning by itself, it is only present in large amounts when the meat hasn’t been stored in a proper temperature, which means there are probably other bacteria that are less friendly to the eater. 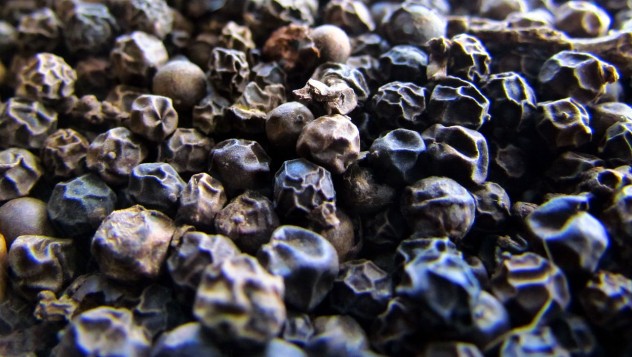 China is a hotbed of increasingly bizarre food scandals. When a country has over a million hungry mouths to feed and a famously relaxed attitude on work legislation, it’s no surprise that food manufacturers are tempted to get creative.

When the vendor was confronted over the fact that his spices weren’t spices (or, in the case of his black pepper, even edible), he couldn’t understand the problem. After all, his products wouldn’t kill anyone. 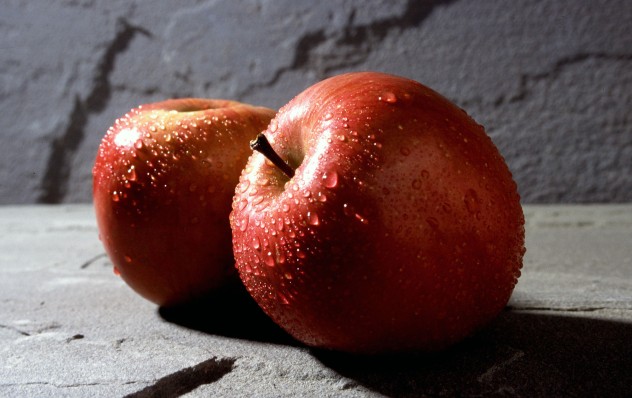 Apple juice is not an expensive commodity. It’s not a complicated one, either: you take some apples and make juice. Yet in 1981, the Beech-Nut Nutrition Corporation started selling apple juice that was 100 percent counterfeit. In search of better profits, they had created a recipe that was 20 percent cheaper to make than regular apple juice. This may have had something to do with the fact that it contained no apples at all. The drink was just colored sugar water with some syrup for flavor, yet was marketed as 100 percent apple juice.

The company shipped their unique take on apple juice to multiple countries for 14 months before they were caught and brought to justice. To their credit, they were ashamed enough to accept full responsibility and paid millions in fines and compensation. 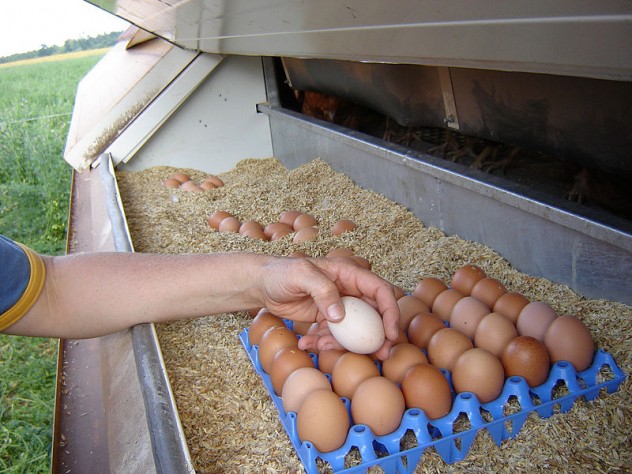 Eggs are a food item that seems impossible to counterfeit. The manufacturing process is as organic as it gets. Yet the Chinese food industry has managed to do the impossible. A mixture of resin, starch, coagulant, and pigments makes up the egg white and the yolk, shaped into a perfect egg with a mold. Then, the ”egg” is dipped in an amalgamate of paraffin wax, gypsum powder, and calcium carbonate to create its shell. These completely artificial eggs are quick to manufacture (one person can make up to 1,500 in a day), beautiful to behold, inexpensive, and absolutely worthless in nutritional value.

However, this particular scandal might have consequences that are a lot less scandalous in the long run. The eggheads at Silicon Valley have been looking into the process and are quickly developing artificial eggs that are cheaper and longer lasting than the real ones. These ”Beyond Eggs” are also extremely tasty—and completely suitable for vegetarians and vegans. 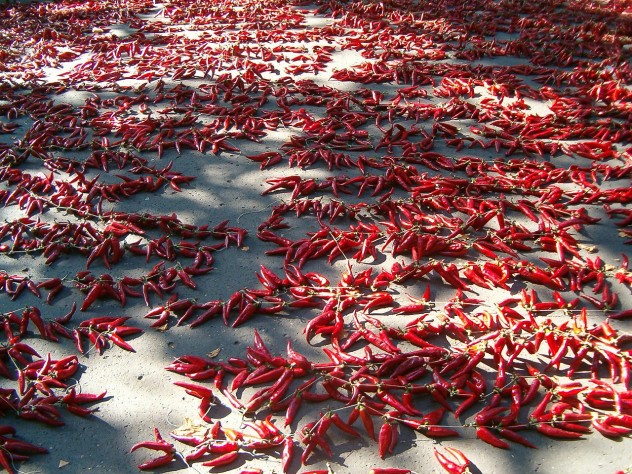 When you think of Hungarian food, the first thing that comes to mind is probably paprika. This delicious pepper variation is more important to Hungary than bacon is to America: it’s the primary flavor of their entire cuisine, and they hold it in extremely high regard . . . which made it all the worse when some greedy individuals tainted the spice in 1994.

Paprika is not a terribly expensive spice. Still, certain shady people decided to make it a little more cost-effective by lacing it with lead paint, of all things. This made it weigh more and turned its color more vivid, both of which made it fetch a better price. Sadly, it also made unwary diners eat lead paint, which is never a good idea.

When dozens of people started falling ill and a few even died, a massive sampling process found as much as 5.8 percent of all paprika in the affected area was tainted with lead paint. Although the situation has since been cleared up, the government recognizes that paprika’s reputation may have suffered a massive blow and continues to control the paprika business with an iron hand. 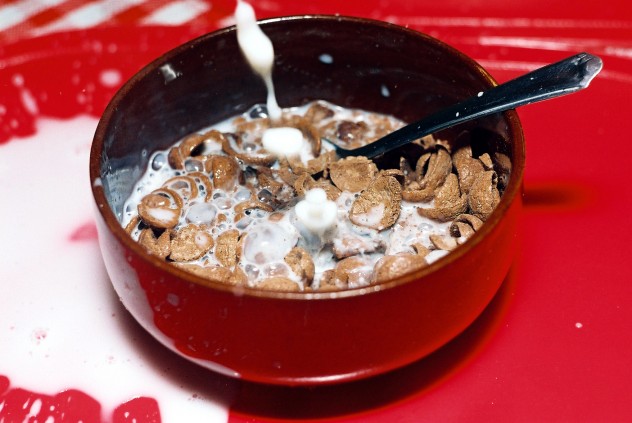 During the 1940s and 1950s, the United States put a lot of focus into harnessing the power of the atom. The entire country was determined to uncover the pros and radioactive cons of nuclear energy.

In an effort to see what small amounts of irradiation would do to a kid, the children in the Walter E. Fernald State School were fed radioactive cereal for extended periods of time. Not only were the majority of the children mentally challenged, they were often bribed into eating their poison with gifts such as tickets to baseball games.

Since the scandal was declassified in 1993, MIT has been very open about the case and regrets that ”proper procedures for consent were not followed” in the experiment. 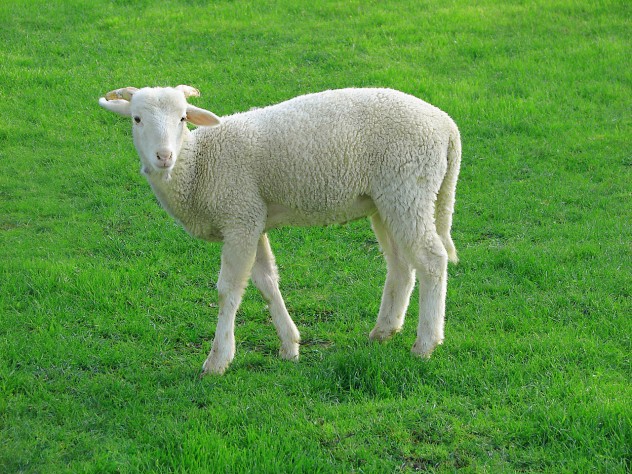 Lamb meat is popular for a number of reasons. It’s delicious and nutritious. It can be eaten by Muslims (who are forbidden to eat pork), and sheep are far easier to keep than cows.

However, some Chinese meat producers noticed there’s another animal that, other than being forbidden for Muslims, fits the same description: the rat. So they started to sell rat meat as lamb. They didn’t just use rat meat, either: foxes, minks and various other animals that had not undergone any inspection ended up doused in gelatin, red pigment, and nitrates, only to be sold as prime mutton.

Before long, people got suspicious and the Chinese officials decided they had to do something. The rat meat ring was eventually busted.

The strange thing is that there was really no need for this deception in the first place. Rat meat is a perfectly acceptable snack in some parts of the country, so the criminals could easily (and legally) have sold their fare. 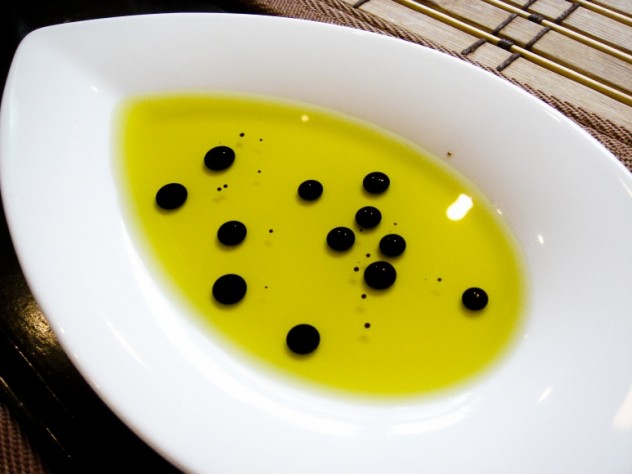 In 1981, Spain encountered a strange, new disease. It was a lung infection that seemed to fight all known behavior patterns of such diseases. It was often extremely localized and was somehow able to resist antibiotics. Six hundred people died before the health officials managed to locate the cause: tainted oil.

A manufacturer had sold poisonous, industrial-grade colza oil (which is about as safe for human consumption as motor oil) to street vendors, who had sold it to the public as prime olive oil. A hasty public announcement campaign and a promise to swap all tainted bottles to actual olive oil quickly ended the outbreak.

However, some people remain skeptical to this day. The first cases of the ”disease” had happened near a US military base, and many who got ill claimed they had never touched the tainted oil. This leaves the case with a number of delicious conspiracy theories, though they are probably best enjoyed without any ”olive” oil. 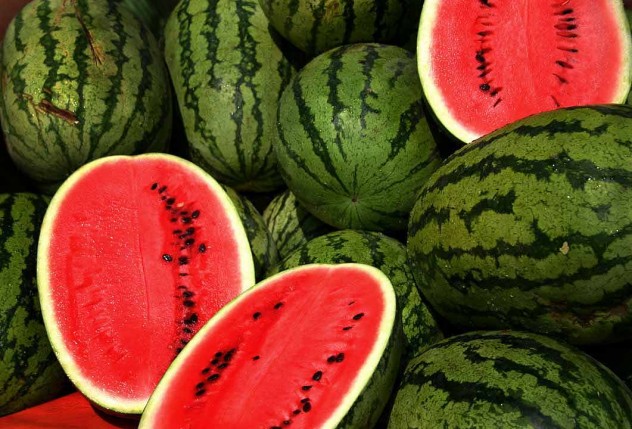 If there is one thing food absolutely should not do, that thing is “explode.” Of course, if there’s one place where that somehow happens, that place is China.

Perhaps the strangest food scandal China has seen happened in 2011, when the watermelons in Jiangtsu province suddenly started blowing up. The blasts ranged from simple splitting and cracking to full, grenade-like explosions with wet shrapnel and comically flying bits of shell. One farmer described his melons as landmines and couldn’t sleep because the explosions made him too nervous.

The farmers of the area had been using a chemical called forchlorfenuron to boost their crops. However, they had ignored the fact that watermelons are extremely sensitive to such growth boosters. As a result, their growth became so rapid it was literally explosive.

Instead of getting huge amounts of large, money-making melons, the farmers lost their entire crops. To add salt to their wounds, the largest Chinese TV channel picked up the story and they became the laughingstock of the entire nation. 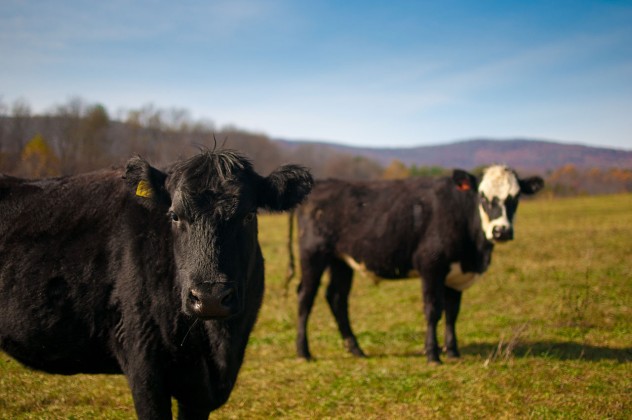 Japan is renowned for its delicious meat products. Its wagyu cattle give some of the most tender and juicy meats in the world: the Kobe variant in particular is praised by many as the best beef in existence.

The country is also known for the Fukushima Daiichi nuclear disaster of 2011. Caused by a tsunami that tore through Japan, the Fukushima catastrophe was a series of massive equipment failures and nuclear meltdowns that released disturbing amounts of radioactive materials.

Some of these materials ended up in their beef.

The officials were aware of the problem, but they were so busy with the tsunami’s aftermath that at least 500 cows tainted by radioactivity were slaughtered and sold before they could stop it. The cattle had been fed with hay from Fukushima’s immediate vicinity. The government standard for radioactive cesium in cattle feed is 300 becquerel units per kilogram, while this particular feed had an unbelievable 97,000 becquerels per kilogram.

The radioactivity in the meat itself isn’t nearly that high, so the officials say it shouldn’t present any immediate health concerns to the public. However, people pointed out that the long-term effects of ingested radioactive cesium are completely unknown. As a result, no one is ever willingly going to eat beef from the Fukushima area again, and those who have eaten it are probably going to feel pretty paranoid for the next few decades.