There aren’t any easy buttons for life’s numerous problems, but there are smart people who are good at what they do, notably people who develops gadgets to make the journey a little smoother. We’ll highlight some of the more interesting ones, which will ideally become more widespread in the future. 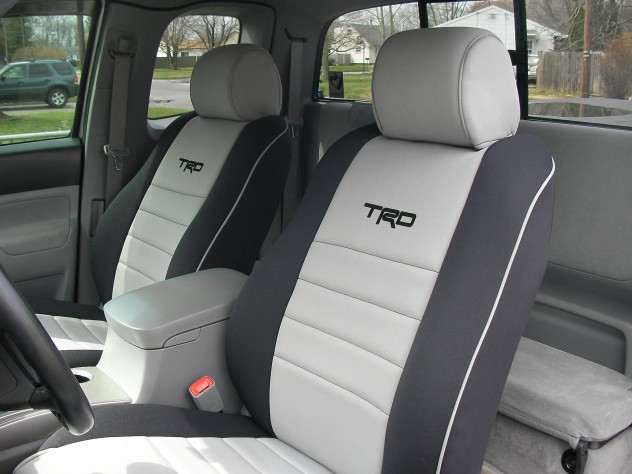 Every 26 seconds a car is stolen, which means you had better go check your garage by the time you’re done reading this paragraph. To combat this problem, scientists in Japan have created a seat that prevents theft. It works with sensors that memorize the way the driver sits and how much weight is applied.

It’s like a foam memory mattress that keeps an imprint of your body, but in this case that imprint is a key. And if the wrong key (or person) sits down, then the car will not start up. 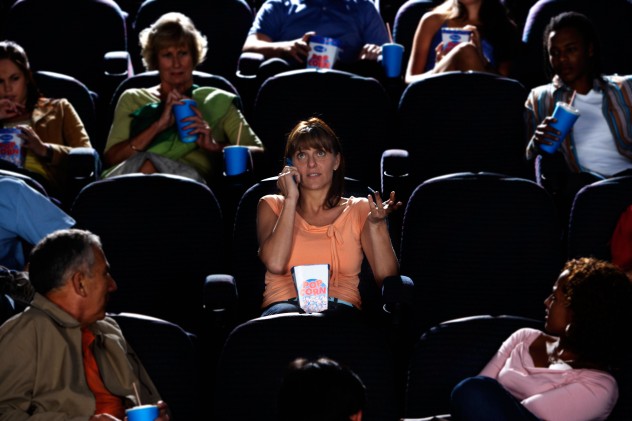 Going to the movies is a mixed bag: sometimes you’ll get a quiet theater, and other times there’ll be unruly viewers. Of course you could just get up and get security, but then you’d miss the scene where they explain how they built the robots and why they’re punching the aliens, and you’ll spend the rest of the story in total confusion.

But luckily for all of us, Regal Theaters has our best interests in mind with a guest response system. It’s like a television remote, but the buttons can be used to call an usher, report piracy, and complain about technical issues. The device is already being offered in over 114 theaters, but we’re expecting to see more widespread use soon. 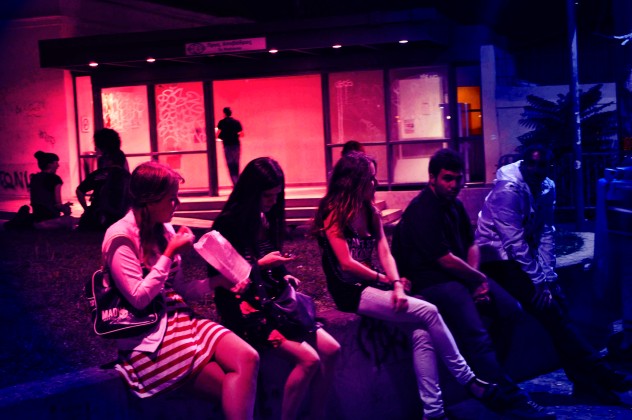 The residents of Wales have recently had to put up with a most nefarious group of people: teenagers. And while calling the cops (or getting the gun) may be efficient, it’s not entirely effective, and who knows what kind of sex and drugs could happen before they arrive to stop it? Luckily, a guardian angel in the form of bright pink lights has come to save the residents (and their property values) from any more degradation.

The lights, normally used by beauticians, work by highlighting skin ailments like acne, causing ashamed loiterers to scamper away crying greasy tears all over their pimply red cheeks. So far, the installations have received positive feedback and work indiscriminately against all ages. 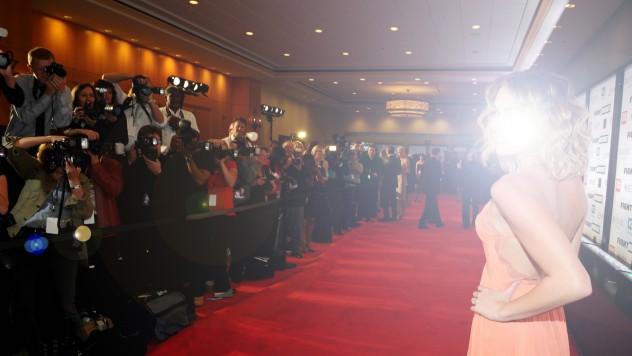 NYU grad Adam Harvey has developed a device to stop one of the most hated groups in existence: the paparazzi. The gadget takes the form of a clutch bag, which uses a microcontroller, LED lights, and a sensor to detect a bright flash from external sources like a camera. These lights over-expose the picture, rendering it completely useless.

The device is not just limited to clutch bags. Roman Abramovich, owner of the world’s largest yacht, sports a similar device on his vessel that uses a focused beam of infrared light to blot out the camera.

Now if only it could target the paparazzi themselves and fry them like ants under a magnifying glass. 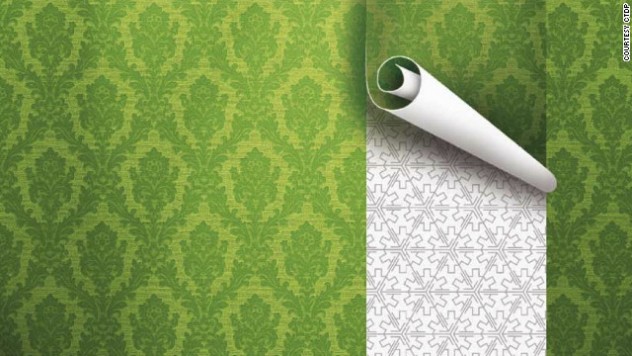 Slow Wi-Fi speed can often be attributed to neighbors mooching off of your connection, but a new kind of wallpaper may stop that problem for good. It features an arrangement of special crystals that block certain Wi-Fi frequencies, like the one your router uses. This keeps the signals inside, preventing anyone else from siphoning off your bandwidth. And the best part about it is that it doesn’t cost much more than regular old wallpaper. 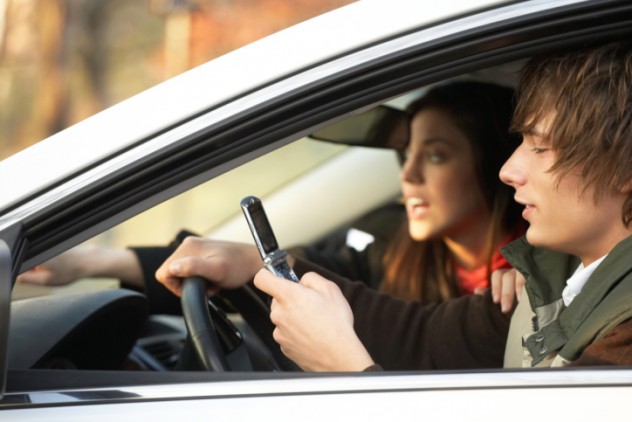 With more than nine people dying each day due to distracted driver-related accidents, it’s easy to see why this issue has become so high-profile.

A new device called the Quiet Zone will help alleviate this problem. Developed by inventor Brandon Butts, this new device sends out a signal to phones installed with the app and silences them. The parent in charge can then effectively moderate their children’s texting while they’re driving or doing anything else that requires cellular downtime. The device also tips off parents if their child tries to disable the app.

Talkative people are too common for comfort. You could dispose of them politely—or you could take the cartoon approach and drop an anvil on their head (we’re not judging you).

Researcher Kazutaka Kurihara took the science approach and designed a device called the Speechjammer. It works the same way your little brother will mimic everything you say until he irritates you into silence. Just replace your little brother with a microphone, a speaker, motherboard, and distance sensor, all operating on the Delayed Auditory Feedback principle.

The idea is that when the brain has its own words tossed back at it, there is a temporary confusion in the language department, causing you to stop talking.

Dogs and security systems are nice, but there’s no way to inflict the comical pain on your intruder that you always fantasize about . . . until now. The paintball sentry gun designed by Jared Bouck uses cameras to track movement and fires paintballs (at a staggering 34 rounds per second) at its target.

It is designed to fit in a backpack for rapid deployment, and it can also be controlled from miles away.

What looks like something Bruce Wayne came up with is actually a self-defense gadget. Designed by producer David Brown, who has done work on Rage Against the Machine and Snoop Dogg, this self-defense device sports a high-voltage Taser, video camera, laser pointer, and flashlight.

Brown came up with the idea while talking to a friend about recent local mountain lion attacks. He said that while a knife is easily dropped, an armband is always equipped. The device weighs less than three lbs and its stun feature works with a pull-pin mechanism. They are currently for sale at the official website. 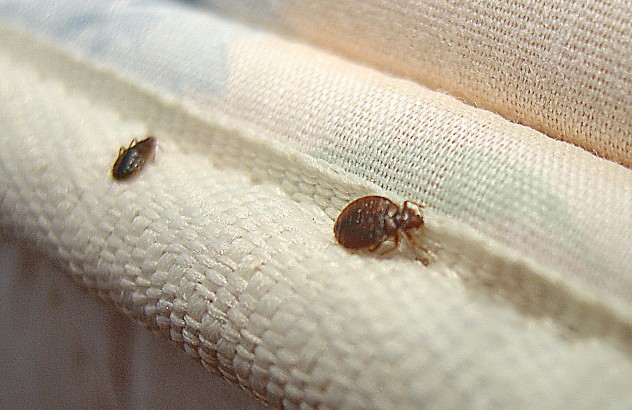 Getting rid of bedbugs is about to get a whole lot easier. Designed by Chris Goggin, the Bed Bug Sniffer is a device that acts like a dog’s nose, identifying bedbug pheromones to scout them out. Considering that bedbugs have been known to build resistance to many pesticides, the device (which won Pop Sci Magazine’s invention award back in 2011) will be a great relief to any sleeper who’s ever been nervous about being chewed on. 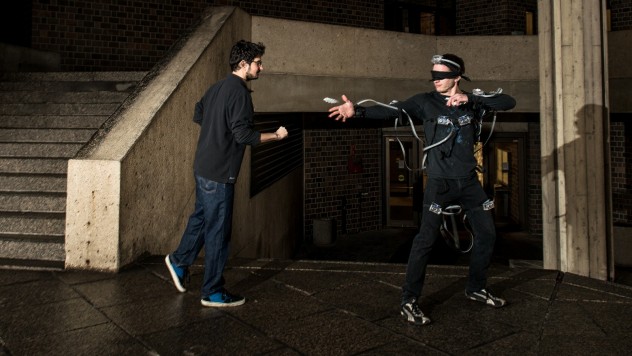 If you’ve ever fantasized about being Spider-Man, then keep dreaming, buddy. But if you’ve ever dreamed about having a vague approximation of his least-exciting power, then . . . congratulations, we guess: someone built a suit that gives you a Spidey-Sense.

Designed by Victor Mateevisti, the “Spidey Sense” suit is really several ultrasonic rangefinders worn all over the body. When the rangefinders detect an approaching object, they apply pressure to the wearer’s body, notifying them of the approaching thug/exploding bus/mayfly.

Once the kinks are worked out, all you’ll need are some real web-slingers and a proper workout and you’ll be back-flipping through downtown New York in no time.

Once the latest episode of a TV show comes out, the internet becomes a minefield littered with spoilers just waiting to explode in the face of the poor souls who haven’t had a chance to boot up their Tivo yet. But a solution comes in the form of a little browser plug-in called Twivo, created by 17-year-old programmer Jennie Lamere. The software blocks out tweets containing specific keywords and is even customizable, allowing users to manually input which keywords to block. As a former victim of Twitter spoilers, Lamere designed the software after countless shows were spoiled by her friends.

The software is so impressive it even won her the grand prize at Tvnext’s hacking event held in Boston, and the plug-in is set to launch sometime this year for Google Chrome and Firefox. So the next time you’re a victim of careless spoiling, just remember, Jennie is with you—in code and in spirit.

Michael Dawson may or may not have once saved the world, and maybe served you breakfast at a local restaurant: you know the one. When he’s not off scribbling on tea-stained parchment, he enjoys taking walks around town and wearing dark long trench coats, top hats, and glasses much too large for his face.