They happen every day, out of sight, out of mind—completely accidental poisonings of regular people. In fact, tens of thousands are poisoned each year in the United States from Tylenol alone.[1] If we were to wake up and look around, take a stroll through the rooms in our homes, and note all of the various things which could poison us, we’d come to realize pretty quickly that we’re surrounded by poisonous substances that we use every day.

Most of the time, we use them as instructed, and everything is quite fine, but occasionally, people misread a bottle or ignore a warning label, and the results are disastrous. Here are ten poisonings with everyday, common household items, ranging from cleaners we use for our bathrooms to even table salt. 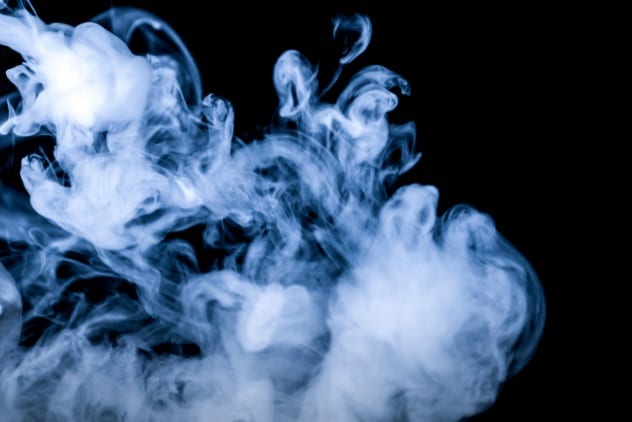 In January 2017, emergency services in Amarillo, Texas, responded to a tragic scene where an entire family was very sick and one child was already dead, and they were instantly sure they had a case of carbon monoxide poisoning on their hands.[2] Three more children would later die at the hospital, and the mother, Martha Balderas, would remain in critical condition while she was treated for poisoning. Four more children and Martha’s husband were all in stable condition. The scene was a nightmare, and it would take some time for the investigators to figure out what exactly happened.

Once they put all the pieces together, they discovered to their surprise that they had been wrong—there was no carbon monoxide at the scene. Underneath the mobile home were pesticide pellets that one of the family members had tried to spray off with water. This caused a chemical reaction that released highly toxic phosphine gas, which poisoned the entire family. 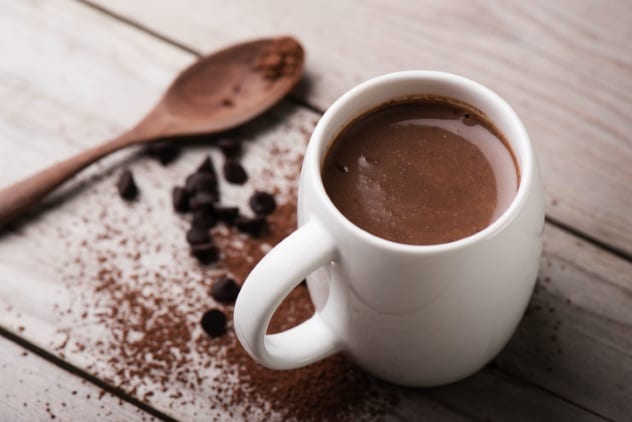 In early 2015 in Italy, a woman known as Mrs. Rosetta was making her family a delicious cup of hot chocolate to drink. Earlier that month, one of her grandchildren had asked her if they could have some, and the time was finally here, so she took the powdered mix and made hot chocolate just like any other evening. But something about this particular mix was unusual, though no one noticed as they sipped their cups of steaming-hot goodness.

But soon thereafter, her husband became ill and started to vomit. Then everyone started getting sick. What on Earth could be happening to everyone? It was a simple cup of hot chocolate, kind of hard to mess up. The problem was that Mrs. Rosetta forgot to check the dates on the package, a simple slipup we all make from time to time, but this time it had catastrophic consequences.[3] The package of hot chocolate mix had been purchased sometime in the late 1980s, and the condensed milk had gone bad, very bad—like 25 years bad. The expiration date on the packaging was 1990. 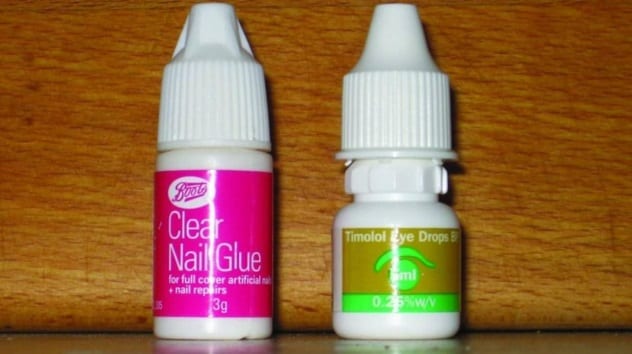 In 2010, a 64-year-old British man went to put in some eye drops from his eye dropper. In an accidental mix-up, the man actually put his wife’s false nail glue into his eyeball, dropping it on as if it was simply an eye drop solution, and he quickly knew that something was wrong. In severe pain, he attempted to flush the glue with water, but even after a long period of washing his eye, the pain simply would not subside.

The bottles look very similar, so it’s easy for us to see how he made this mistake. As the pain persisted, he eventually went to the hospital and had to have the glue removed from his eye by doctors before his agony would finally go away.[4] 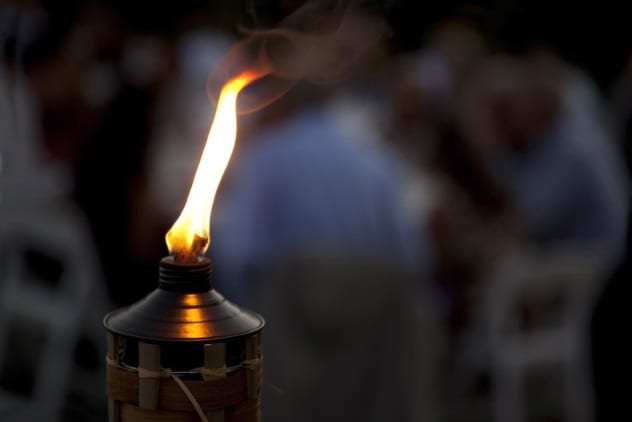 Another quite common accidental poisoning that happens with a frightening regularity is the consumption of tiki torch oil. In the summer of 2008 in New Jersey, six separate people accidentally took a sip of the oil after mistaking it for apple juice.

Four of the six people had to be hospitalized. Unfortunately, an 84-year-old woman died.[5] An eight-year-old girl suffered permanent lung damage as a result. The moral of the story: Always check and make sure you know what something is before ingesting it. 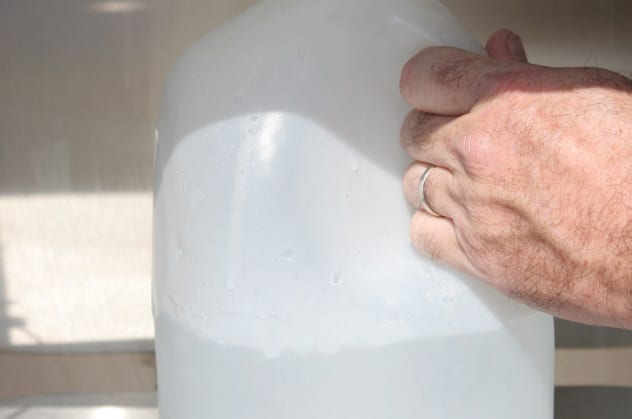 In an extremely tragic case of poisoning, four-month-old Benjamin would take a drink from an ordinary glass that would make him and his two-year-old sister extremely sick. A prominent retired Boston-area dentist named Constantine Pitsas had the Glynn family over at his house for a cookout in August 2003 and, being a polite host, took a jug of water and poured it into glasses for the family to drink. But this ordinary day turned quickly horrifying when Benjamin Glynn soon began vomiting blood, and his parents rushed him to the emergency room in a panic. It was a terrifying situation, but they had the foresight to grab the jug and take it with them.[6]

Doctors took one glance at the jug and saw the warning label on the side, which warned of dangerous levels of arsenic. It was actually a jug of weed killer. Benjamin died as a result, and his sister, Morgan, was hospitalized for weeks after the incident. The authorities charged Pitsas with involuntary manslaughter and took him to trial. He was ultimately acquitted of any wrongdoing, as the incident was a complete accident. 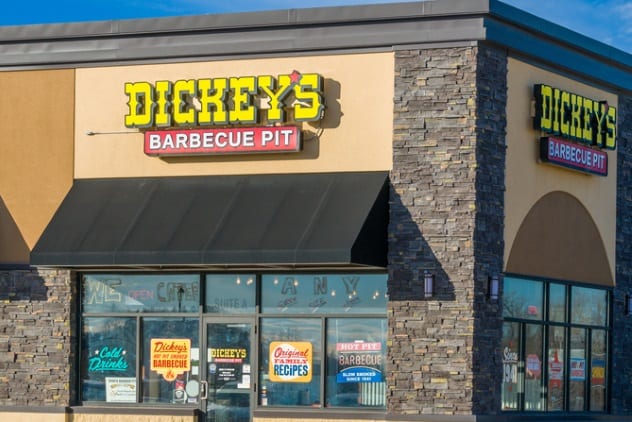 In 2014, a 67-year-old woman named Jan Harding was at a Dickey’s Barbecue Pit in the suburbs of Salt Lake City, Utah, sipping her iced tea when her entire world took a nightmarish turn. She’d ordered sweetened tea, but someone had mixed up the sugar with something else . . . but what? Her mouth and throat instantly began to burn severely, and she was rushed to the hospital.

It turned out that an employee had accidentally put lye in a sugar bag, and it was added to the iced tea dispenser. The poor woman had to breathe and eat through a tube, couldn’t speak for days, and took quite some time to recover, though she was eventually released from the hospital safe and sound.[7] Lye is used in both industrial-grade and household cleaners alike for its ability to remove grime, and it’s that very same ability that makes it clean so well that also makes it burn us. 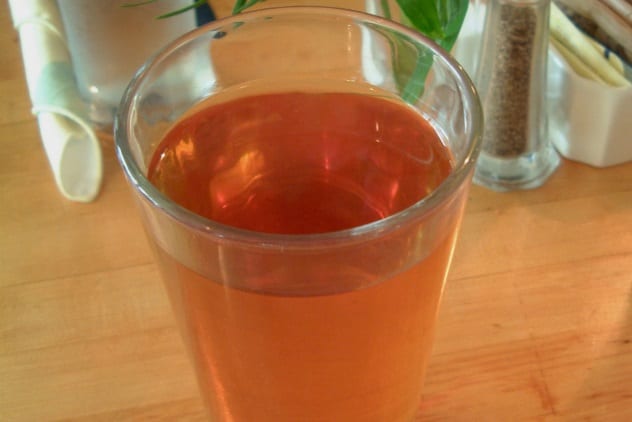 The above incident was hardly the only case of poisoning by lye, as this case from Dundee, Scotland, in 2007 shows. A lot of things get mistaken for apple juice, apparently, from tiki torch oil to industrial-strength cleaner, and that’s exactly what happened when a woman named Fran Nichol entered a pub and ordered carbonated apple juice. From there, things went south.

After her very first sip from the beverage, the woman instantly hit the floor in agony, her mouth and throat burning much like what Jan Harding would suffer later in 2014. Someone at the bar had had placed a bottle of lye for cleaning in one of the refrigerators, and the bartender mistook it for apple juice and served it to the poor woman, a terrifying reminder to check everything before you put it into your body. Fran survived, thankfully.[8] 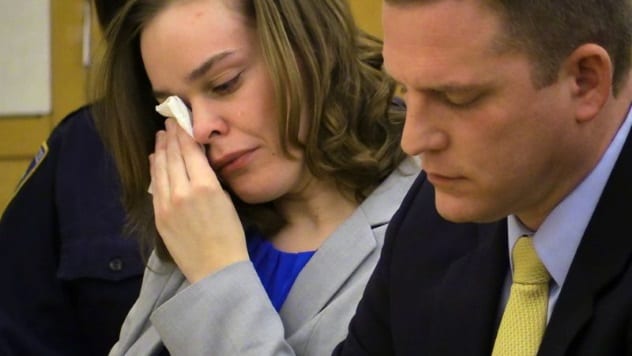 Anything can kill you in the right quantities, and that includes table salt. In January 2014 near New York City, a five-year-old boy was poisoned by his mother, who’d given him so much salt that he had to be taken to the hospital for sodium poisoning. The boy, Garrett Spears, was treated, but ultimately, doctors couldn’t save his life—his sodium levels were simply too high, and his brain had swollen.

Eyes instantly turned to the boy’s mother, Lacey Spears. She’d been blogging about her son’s health issues, which, in turned out, she had been causing. She’d been giving him salt since he was an infant. It was a tragic case of Munchausen syndrome by proxy. She would be found guilty of second-degree murder and first-degree manslaughter in March 2015 and was sentenced to 20 years in prison.[9] 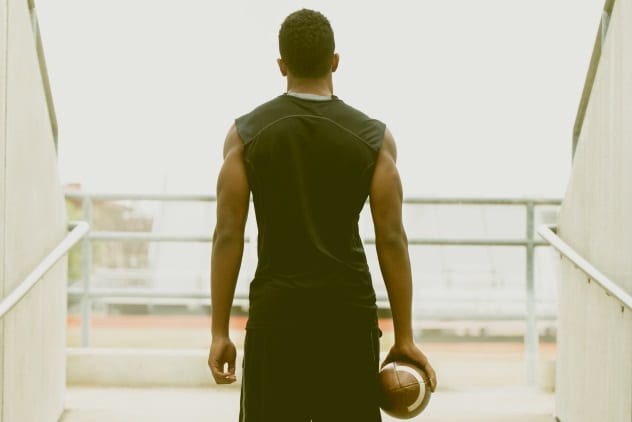 I repeat: Anything can kill you in the right quantities. A similarly sad fate as that of Garrett Spears would befall Zyrees Oliver, a 17-year-old high school football player. In the summer of 2014, the Georgia teen suffered from cramps after football practice and decided that the best way to find relief was to drink 7.6 liters (2 gal) of water and the same amount of Gatorade.

Oliver went home and then collapsed in his kitchen. He was rushed to the hospital, and there it was found that he had water intoxication, and his brain was swelling badly.[10] How did such a healthy young man, an athlete, end up dying from water? He simply had way too much. He was eventually pronounced brain-dead, and his family gathered to take him off life support. 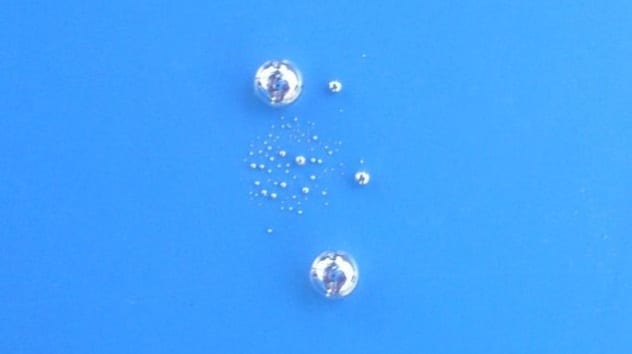 The last terrifying item on the list took place in India in 2011. A man named Pradeep Sharma had suffered a stroke and was bedridden. Just as a nurse placed a thermometer in his mouth, he had a spasticity attack, in which muscles contract involuntarily. This resulted in the thermometer being broken and the mercury inside being swallowed. Even if you inhale after breaking a thermometer that contains mercury, you can get poisoned by the fumes, and this man had just swallowed the mercury whole.

Surgery was required to remove the mercury from Sharma’s stomach, but he was ultimately released and allowed to go home. Had it not been for the doctors’ skill at anesthetizing a paralyzed person, which they admitted was quite a challenge, and removing the traces of mercury he had swallowed, the story could have turned out quite differently.[11]

Contrary to popular belief, most of the thermometers in countries in Europe and the United States don’t actually contain mercury anymore. If they have a red liquid inside, it’s likely they’re mercury-free, and it’s recommended that you buy mercury-free thermometers.

Read about more terrible cases of poisoning on 10 Horrific Poisoning Cases and 10 Notable Poisonings From The Ancient World.