The world is 70 percent water, so it’s probably a good thing that the stuff is good for us. We can drink it, swim in it, grow food with it, and just plain live because of it. However, certain bodies of water are shockingly mean to us. Interacting with some lakes and rivers can hurt us, make us sick, or even kill us. 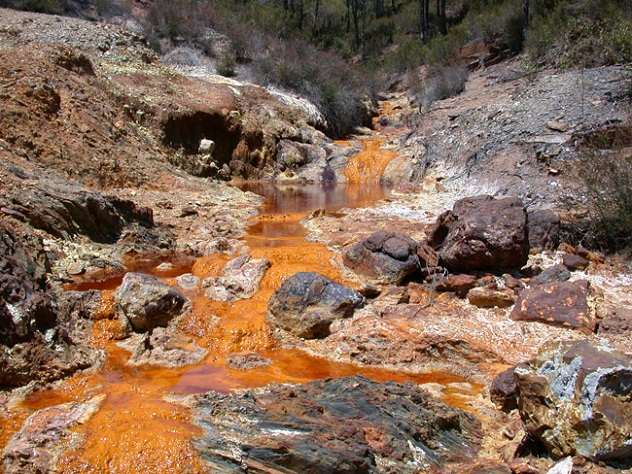 Rio Tinto is among the most acidic bodies of water around, with a pH balance of 2, at best. This means the Rio Tinto is as strong as stomach acid and is more than powerful enough to kill any fish that dare swim in it. Most likely, it would do the same to humans.

Rio Tinto’s “acid trip” is caused by bacteria as well as iron that has dissolved into the water over the years. Similar occurrences have been found on Mars, prompting scientists to wonder if Rio Tinto has something to offer in the quest for life on the Red Planet. While that may just be a pipe dream based on both places being red, there’s no question that, much like an angry grizzly bear, Rio Tinto is both beautiful and something you should never ever touch. 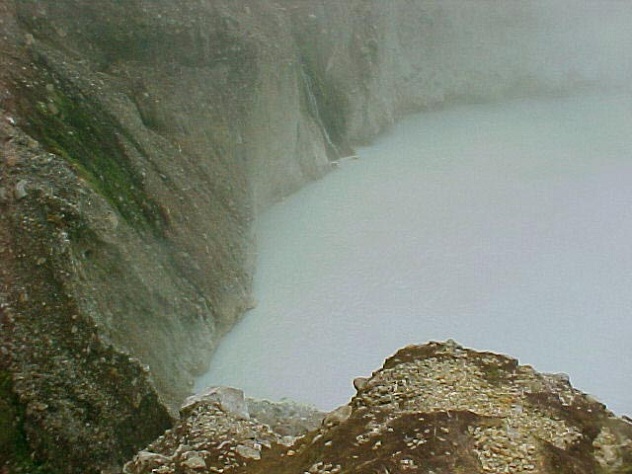 Whoever named this place was certainly no fan of subtlety: Boiling Lake is exactly what it sounds like. Discovered in 1870 by two Englishmen, temperatures taken five years later ranged anywhere from 82 to 91.5 °C (180 to 197 °F). While that’s certainly hot enough to peel skin, those temperatures were only recorded around the edges of the lake. The center is far, far hotter—to the point where an accurate measurement cannot be taken, lest the guy with the thermometer get boiled alive.

The theory is that Boiling Lake sits on top of a bunch of molten lava, and the gases shoot up into the water, heating it to a monstrous degree. 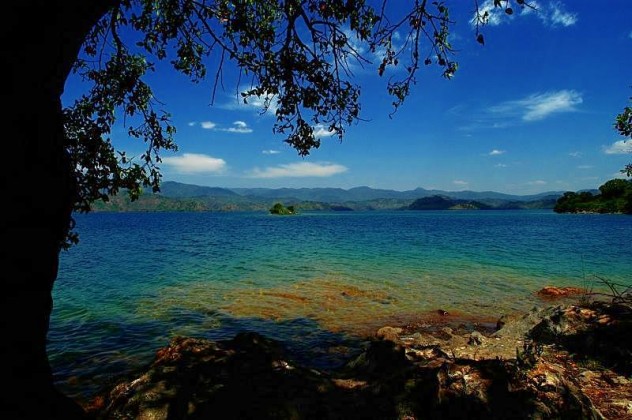 Three hundred meters (1,000 ft) below the surface of Lake Kivu lies a ticking time bomb. Over 250 cubic kilometers (60 cubic miles) of carbon dioxide, along with around 65 cubic kilometers (15 cubic miles) of methane gas, lurks under this body of water, enough to provide electricity to several countries. Problem is, it’s also enough to flood every nearby settlement, killing thousands in the process. Right now, all those gases are dormant, but all it would take is one volcanic eruption (and with the many volcanoes nearby, that’s always a possibility), and the gases would rush to the top, resulting in massive destruction for the area.

A New York–based company called ContourGlobal has a plan to remove the methane and use it to start up a local power plant. But if their plan fails and they only succeed in rustling up the dormant gases below, the consequences could be deadly for everyone around. 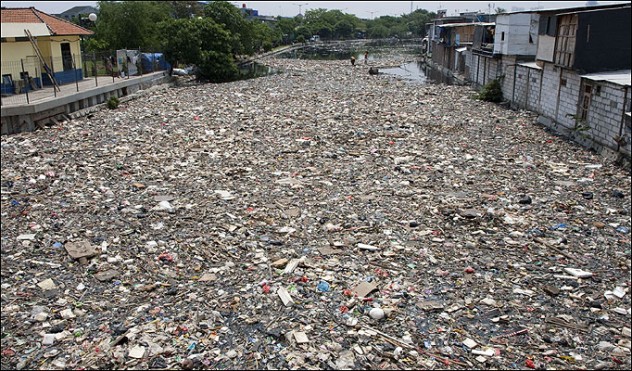 Here we have a body of water that can destroy us, but only because we screwed it up. Citarum River might well be the most polluted, trash-filled bit of water on the planet. Thanks to more than 500 factories that line the river, plus the area’s lack of trash collection or modern plumbing, the river has filled with waste and rubbish to the point where you can barely see the water.

And this is the area’s main water supply! Locals use this river for drinking, bathing, and even boiling food. Suffice to say, they put their health and lives on the line every time. But sadly, they don’t have a choice. They made their bed, and now they must lie in it—literally, since the trash is so thick you could probably sleep on it.

6 The Rivers Of Johannesburg
South Africa 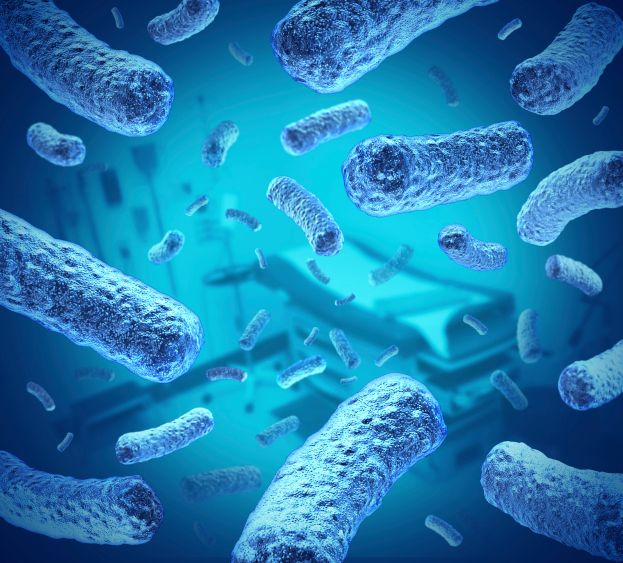 Catching E. coli is no fun under normal circumstances; now imagine you were literally swimming in the stuff. That’s the reality around various rivers in Johannesburg, South Africa, where the amount of E. coli bacteria in the water is way beyond acceptable levels. Some areas, like the nearby Cheetah Bridge, host 240 times more E. coli than what is considered healthy. The more fit-and-trim areas, such as Kaalspruit, only exceed the healthy limit by 190 times.

The problem doesn’t appear to be going away, as the local government is in full denial about it. However, when health officials make it clear that drinking a particular bit of water could very well kill you, it’s probably not the worst idea to listen to them. 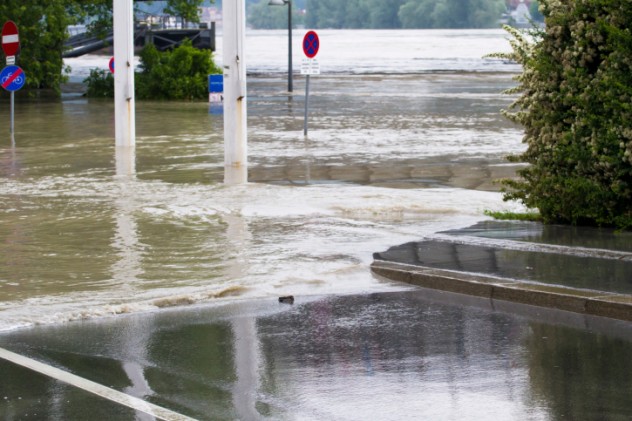 Too much water can be a bad thing, even if the water can’t kill you otherwise. Just ask the folks around Blackwater River in Virginia, who have seen the waters rise and attack far more than usual these past few years. After close to 60 years of normalcy, the Blackwater River has overflowed and flooded nearby towns six times in the past 10 years. No deaths have been reported, but it seems to be a matter of time before one is, unless the river is calmed down somehow.

And unfortunately, nobody seems to know why the Blackwater is flooding so much. Several theories have arisen, such as too much asphalt along the lines that are supposed to soak up the water and the river being unable to drain properly due to extensive roadwork. Whatever the culprit is, the local townsfolk are eager to figure it out so they don’t have to worry about having their lives washed away again and again. 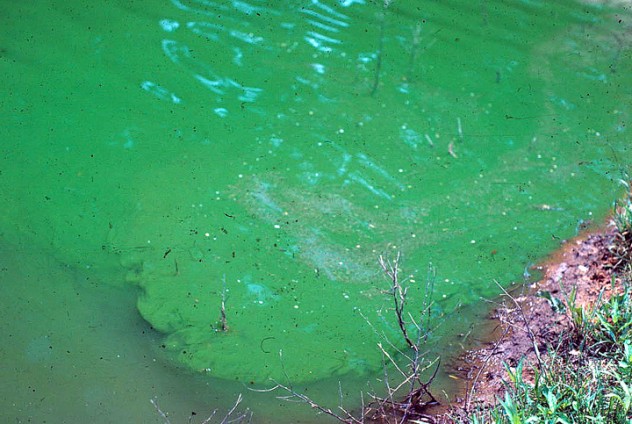 Oregon’s Tualatin River is not the place to be if you want to take your dogs for a swim; close to a dozen pups die there every year from exposure to toxic blue-green algae. Actually a deadly form of bacteria, algae can grow fast, quickly polluting a body of water in a deceptively pretty shade of turquoise. Those unfortunate enough to swallow the stuff can expect sickness and diarrhea at best, paralysis and death at worst.

The local Clean Water Services have a temporary solution, should the algae ever get too bad: They’d collect fresh water from elsewhere and dump it into the Tualatin in an attempt to break up algae clusters and wash away as much of the stuff as possible. However, that’s only a temporary solution. Like the bad guy from a series of terrible horror flicks, algae always finds a way to return and wreak massive amounts of murderous havoc. 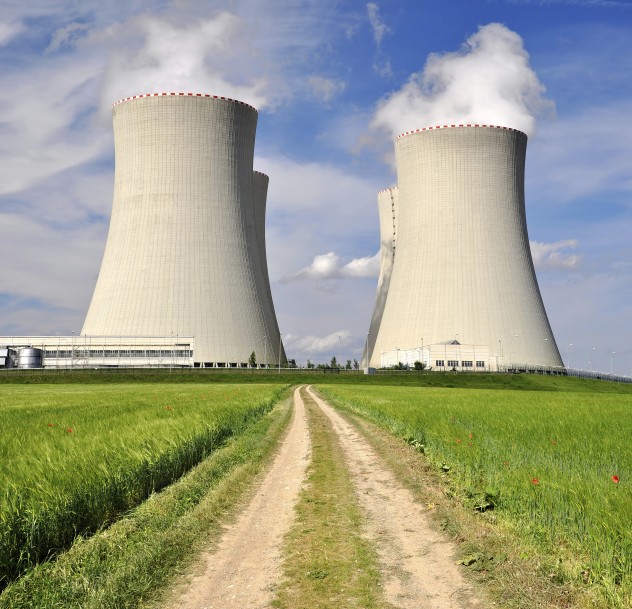 Like a supermodel with a bomb strapped underneath her bodice, Russia’s Lake Karachay is pristine, gorgeous, and incredibly deadly. It is, without question, the most radioactive body of water on the planet. A major dumping ground for nuclear waste until the ’90s, Karachay’s toxicity was so bad that, for a long time, you didn’t even have to touch the water for it to kill you. Simply standing on the shore for an hour or so would bombard you with 600 roentgen of radiation. Most humans die from 500 roentgen over five hours, for comparison’s sake.

Russia is attempting to solve the issue by dumping massive amounts of concrete into the lake in order to absorb the radiation and keep it away from the surface and shore. It appears to be working, and tests on downstream waters have revealed little to no radiation at all. Maybe in another 500 years, our great-great-great-grandkids can have a pool party there. Maybe. 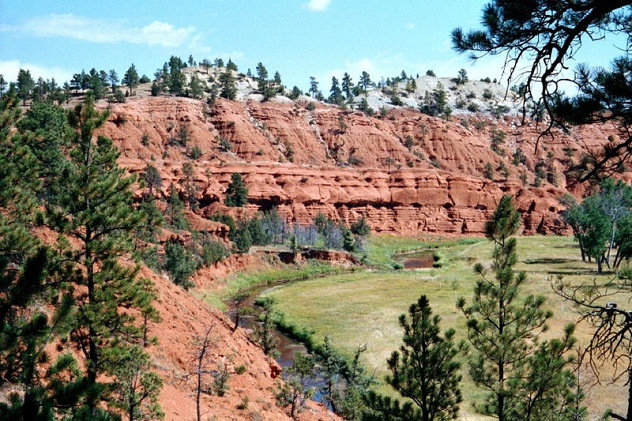 Belle Fourche isn’t poisonous, boiling, or radioactive. However, it is turbulent and wild, at least in one particular area. Authorities near the river’s Diversion Dam want the mile-long area closed to the public, now that several deaths have been reported there. In 2010, a father, his young daughter, and their friend drowned after raging rapids knocked them out of their boat and trapped them underwater.

Additional near-fatal incidents have been reported over the years, all due to the unpredictable and uncontrollable rapids that dominate the area. Closed to the public or not, this small patch of liquid, though it doesn’t garner a lot of media attention, has proven quite deadly. 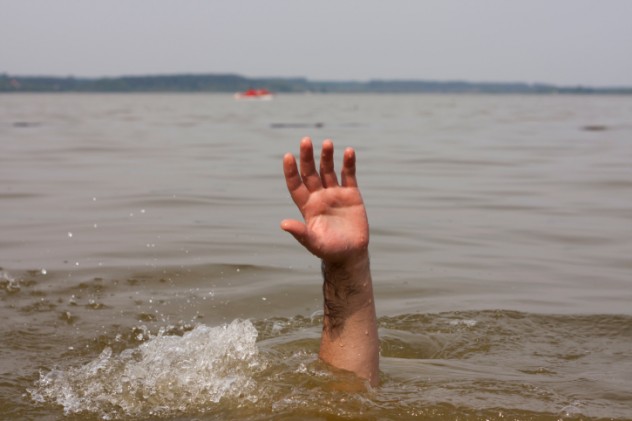 Though the only thing most people know about the Potomac is that Washington, DC is situated on it, the legendary river can also be associated with something else: horrible deaths. The area between Great Falls and Chain Bridge forms a series of rapids and waterfalls that send their victims spiraling downward for almost an entire 1.5 kilometers (1 mi). If that’s not enough, the river’s strongest currents are actually underwater, so if you get sucked down, you stay down.

Around six people die each year at the Potomac, and many more risk their lives simply by playing near or around it. It’s gotten so bad that the local officials have launched a campaign to warn the public, featuring the most blunt and straightforward message we’ve heard in years: “If you enter the river, you will die.”

Jason Iannone is a columnist and freelance editor at Cracked. Invite him to go swimming with you at Facebook, Twitter, and Tumblr.