We often associate home with safety. It is where we retreat from danger and seek shelter from harm. However, in reality, our own household can be a hazardous place.

Every year, countless people are injured, and many die from products that most people use daily. Despite the probable extensive babyproofing and regular maintenance you’ve done, the places we all call home contain numerous mysterious accidents waiting to happen.

While most of us only glance at warning labels and disregard safety tips on products that we think we know, spending an extra minute analyzing and combatting the risks could save your life. Chances are, you probably own the majority of these fatal items, and you’ve probably even used them today.

But did you know they could kill you? We all blow out candles before we leave the house, and we never leave the stove on. But these things are seemingly far less dangerous. The following list provides a guide to common household items that can surprisingly kill you. 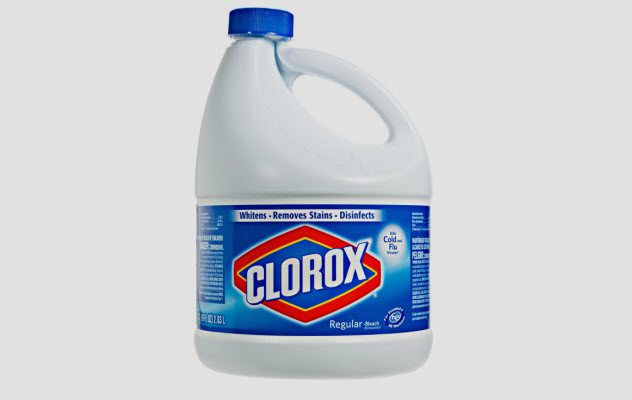 While the dangerous possibilities of mixing bleach may come as a surprise, people are no stranger to the power of bleach alone. In fact, one Chicago woman was charged with first-degree murder in early 2017 after she forced her boyfriend to ingest bleach. An autopsy confirmed the death was a direct result of “complications from forcible administration of a caustic substance” and was, therefore, ruled a homicide. 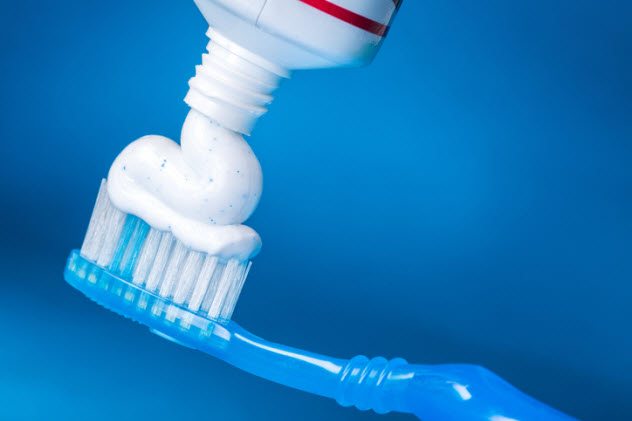 You may have never noticed the poison warning that the FDA requires on every tube of toothpaste. This is predominantly because a staggering 95% of toothpaste in the United States contains fluoride.

Shockingly, most toothpaste suggests using only a pea-size amount. However, advertisements depict much larger portions, which can be dangerous. This can be especially harmful to children, who may not accurately gauge the amount of toothpaste needed or even overindulge because of artificial flavoring.

The FDA originally required the aforementioned poison warning because overconsumption of fluoride toothpaste in children can result in acute fluoride poisoning and even death. Another major risk factor of toothpaste is dental fluorosis, a side effect that attacks tooth enamel and can result in severe reactions. 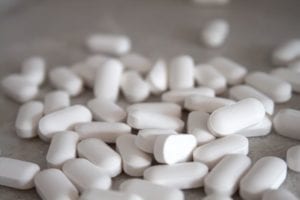 Got a headache? Hurt your back? Does your tooth ache? Take a Tylenol! But you may want to be careful when you find yourself popping these pills. Acetaminophen (APAP), the pain relief component of this medication that you may often take, can sometimes be deadly when you consume too many of them. But it’s not just Tylenol you need to watch out for. Acetaminophen is also found in Midol, Excedrin, Pamprin, Mucinex, Robitussin, and Vicks. In fact, there are approximately 500 deaths related to APAP overdoses each year, according to the American Council on Science and Health.[3] Large amounts of APAP can overwhelm the liver and cause liver damage, so to avoid overdosing, you shouldn’t take more than 3,000 mg per day. Tylenol is still one of the most popular over-the-counter pain relievers on the market even if it can be toxic at high levels.

You may recall the 1982 Chicago Tylenol Murders in which seven people died from taking cyanide-potassium-laced pills. This scare prompted manufacturers to change how OTC medications were packaged and spurred the government to pass anti-tampering laws. Even though this crime remains unsolved, Tylenol and other acetaminophen medications are safe as long as you don’t take too many—just be careful to check that safety seal. 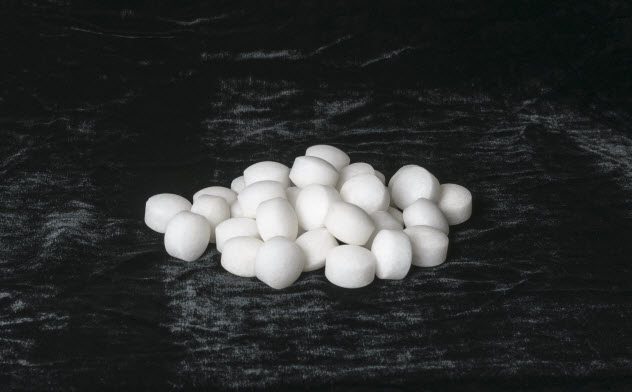 The Department of Public Health explains that both chemicals become gases when exposed to oxygen. This also causes a distinct aroma. This gas is not only an irritant to the eyes and lungs but is even suspected of potentially causing cancer.

Babies have a lesser ability to clear these by-products from their bloodstreams. As a result, of the approximately 4,000 children exposed to mothballs each year, 600 require immediate medical attention. Jaundice, the yellowing of the skin, is a key symptom that can lead to organ failure and even death. 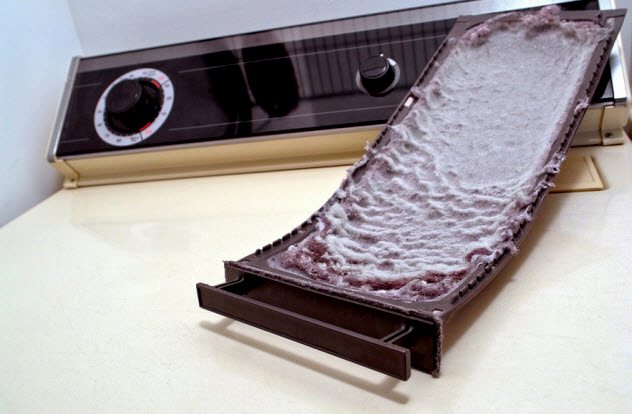 Angie’s List founder, Angie Hicks, says, “Clothes dryers are an appliance we often take for granted. We need to maintain them and, most importantly, have their vents cleaned.”[5]

Have your clothes ever still been damp after one complete cycle in the dryer? Glen Mayfield, a dryer technician, says this is the first sign that your dryer vent could be clogged, a hazardous situation that may lead to a fire.

Interestingly, newer homes tend to place the washing and drying machines toward the center of the house, which obviously means a much longer vent. This results in increased difficulty in lint removal and makes these homes more susceptible to fire. 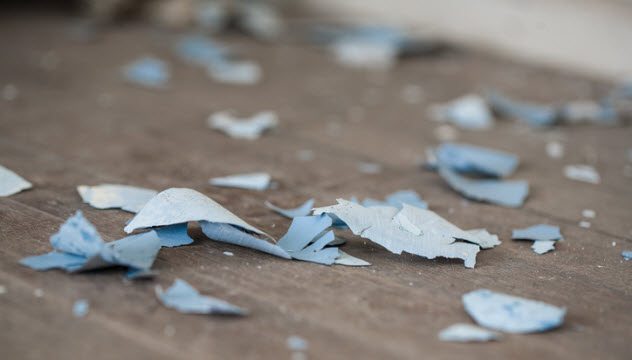 In 1978, the U.S. government banned the use of all paints containing lead. Homes and buildings built earlier pose the risk that their occupants may suffer from lead poisoning.

Lead-based paints are still present in millions of homes across the U.S., and their risks aren’t well-known. The Environmental Protection Agency reports that the most critical risk occurs when the lead paint deteriorates. 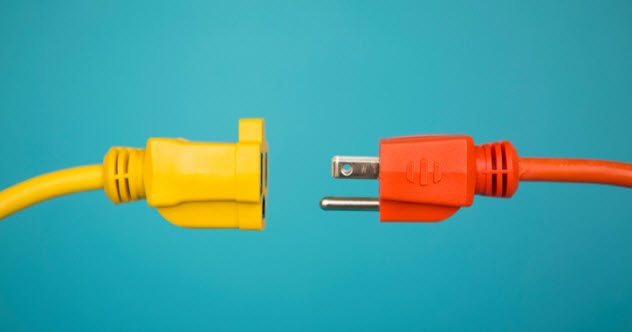 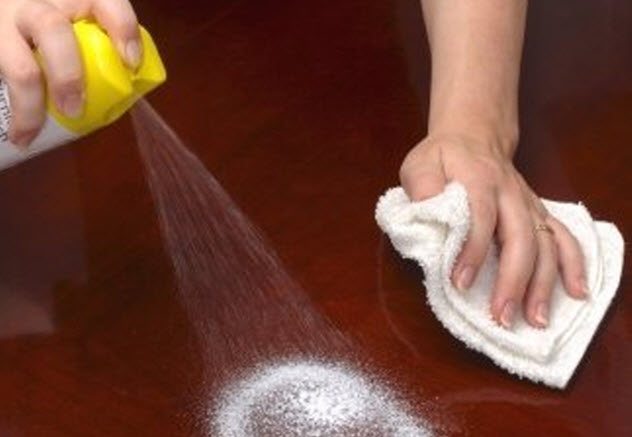 Furniture polish can make your furniture look brand new, but it can also cause a trip to the emergency room. Although it’s a common item found under the kitchen sink in homes around the world, furniture polish possesses an extremely toxic composition.

MedlinePlus, a service of the U.S. National Library of Medicine and the National Institutes of Health, reports that the hydrocarbons within liquid furniture polish are likely to poison the body when swallowed or even inhaled.[8] 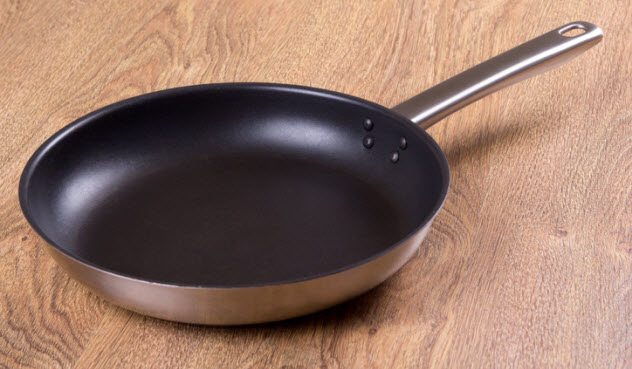 Nonstick pans are a vital component of any cook’s kitchen—from restaurant chefs to home culinary experimenters. In 2006, 90% of all aluminum cookware sold was “nonstick,” often coated with a substance called Teflon.

This percentage has continued to rise, but so has skepticism from experts who report dangerous chemical emissions. Robert L. Wolke, Ph.D., of the University of Pittsburgh indicates that nonstick pans are safe as long as they are not overheated.[9]

When the cookware reaches an unsuitable temperature, the coating begins to deteriorate at an invisible molecular level, and toxic gases can be released. This is particularly alarming considering how common it is to forget something on the stove—we have all done it! 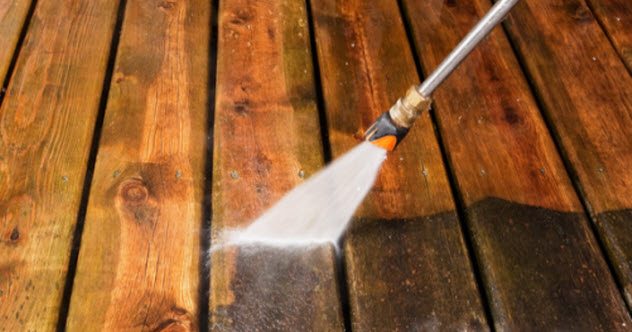 When the powerful stream is aimed incorrectly, the rel=”noopener” target=”_blank”water has enough force to damage skin in an instant. Physician Howard Mell, MD, says, “The extreme danger with pressure washers is that even with what seems a very minimal skin break, the fluid can get into the tissue and spread out and cause bacterial infection.”

This can be deadly. Also, the prolonged concentration of the pressurized stream to the human body can cause organ damage and potentially death. It is estimated that over 6,000 people went to the emergency room in 2014 with pressure-washer-related injuries.[10]