We usually associate the word “weapon” with anything that can harm someone. So it comes as a pleasant surprise when these devices—meant to cause great destruction—are used for peace instead, as the entries in this list show.

10A Symphony Of Weapons

Mexican artist Pedro Reyes has found a unique way to propagate peace in a country wracked with violence. Back in 2012, he fashioned 50 working musical instruments from various confiscated firearms. This year, he created a mechanized orchestra out of eight firearms. The orchestra not only works, but sounds amazing as well.

Across the Atlantic, UK artist Hilary Champion also dreamed of making music out of weapons. In 2009, she established the Post War Orchestra—an all-volunteer group of musicians who play instruments made from all sorts of weapons. So far the group has played flutes made from rifles, a “bazookaphone,” and a rocket-launcher-theremin. Champion hopes to raise funds to convert more weapons into instruments and increase her orchestra’s musical capabilities. 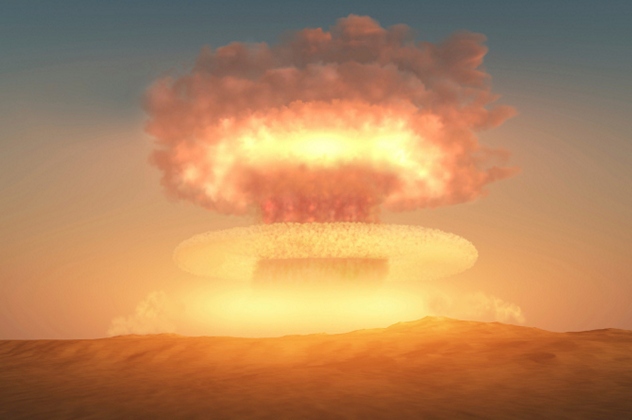 The program started in 1961 and ended in 1971, with the US detonating 29 nuclear bombs. Sadly, the tests had to be stopped due to the unexpected amount of fallout (scientists thought that the underground explosions would yield less of it), and the subsequent contamination of underground water supplies.

The Soviet Union had its own project, called simply the “Program for the Utilization of Nuclear Explosions in the National Economy.” The program was much larger than the US version and involved a whopping 122 nuclear explosions. Like the Americans, the Soviets appeared to have had little success with their project, as revealed in a declassified CIA report. 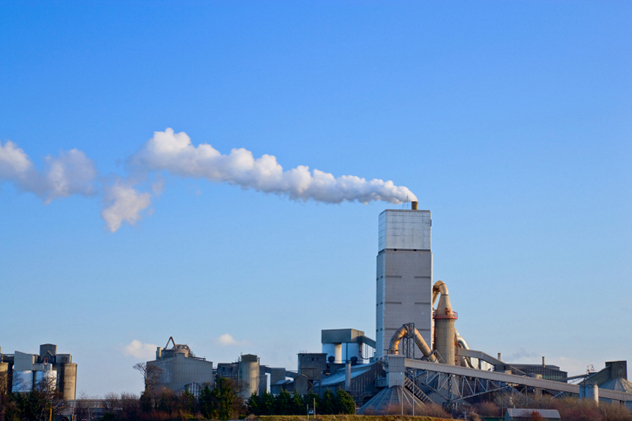 Napalm—an incendiary gel used extensively during the Vietnam War—became an infamous symbol of the horrors of that conflict.

However, it underwent a more peaceful makeover in 1998, when America’s remaining supply of napalm from that era was recycled in a Texas plant. The stockpile—which contained over three million gallons—sat in a weapons depot in Fallbrook for 25 years. At that point, officials decided to recycle it, because the aluminum canisters that contained the napalm started to corrode and leak. The recycled napalm was turned into industrial fuel for cement production, while the canisters were recycled into alloys.

A far cry, indeed, from when it was used to burn down villages and incinerate civilians. 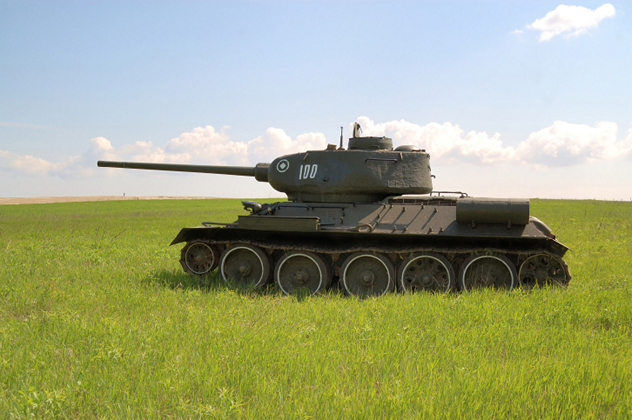 Farmers of a Ukrainian village had a bright idea when they turned a machine built for war into one built for farming. In 2002, a farmer’s cooperative in Ternopillya bought a Soviet-era tank, got rid of the weapons, and replaced the turret with a plow. Aside from being a farming tool, the tank also doubled as a snowplow during the winter.

The farmers’ success story inspired the Ministry of Defense to try their own program, which had mixed success. Officials pointed out the tanks’ low mileage and the lack of funds for the program. They are also yet to fully pay the local tank plant, which they contracted to make 50 similar vehicles.

We usually see artillery bombardment as a good method of killing people and destroying cities. Yet officials of the US Forest Service have, ironically, used artillery’s destructive properties to save lives. This takes the form of avalanche control—prevention of large, uncontrolled avalanches by setting off smaller, controlled ones.

At first, the officials used howitzers from the World War I era to set off these controlled avalanches. After World War II, the US Army provided the Forest Service with the recoilless rifle, which was lighter and easier to set up and transport around.

Currently, the recoilless rifle is the weapon of choice for avalanche control. There’s also a civilian version in use, called the “Avalauncher.” It fires compressed air instead of artillery rounds. Other countries also have their own artillery systems to fight avalanches. Russian soldiers in the above video actually trigger an avalanche so large it envelops them in a cloud of snow. 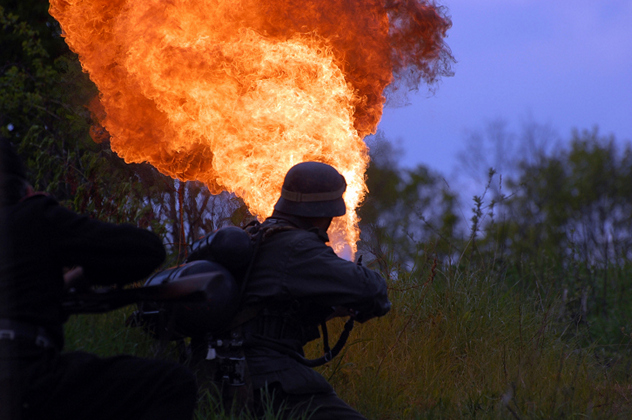 Aside from burning enemy combatants to a crisp, flamethrowers also have many practical, non-killing uses. For one, flamethrowers are sometimes used in agricultural settings to clear out land, and to kill weeds and pests. They are also used by foresters to create “prescribed fires” for ecological reasons.

However, the strangest use for the flamethrower came on January 19, 1961, which was the eve of President John F. Kennedy’s inauguration. On that day, an unexpected, heavy snowstorm bogged down Washington, D.C., and virtually brought all traffic to a standstill. To save the day, Army engineers teamed up with D.C. employees, and used “hundreds of dump trucks, front-end loaders, sanders, plows, rotaries, and flamethrowers to clear the way.” 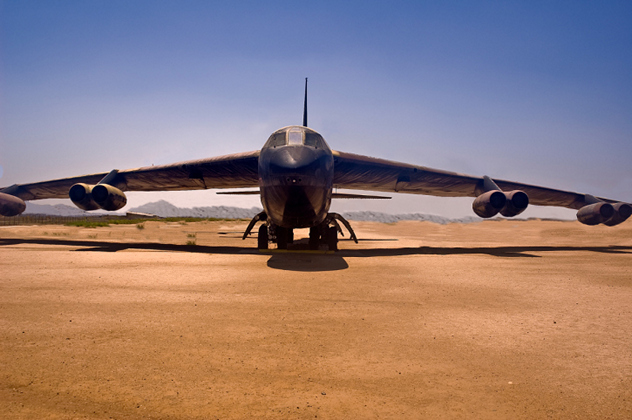 What do you do when you have 10 retired B-52 bombers just hanging around the warehouse? Why, you blow them up, of course—in the name of public safety, that is.

In 1992, officials of the Federal Aviation Administration placed bombs inside the dilapidated bombers, with the aim of understanding how the explosions would affect the integral structures and equipment inside the aircraft. The tests were done four years after terrorists blew up a Pan Am jet that was flying over Lockerbie, Scotland, and killed all the passengers and crew. By understanding the effects of the explosions, manufacturers could make aircraft better-equipped to deal with future terrorist attacks. 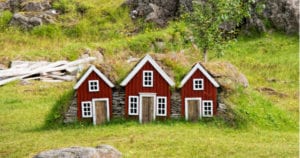 With the decline of the Soviet Union and the end of the Cold War, United States had to decrease the nuclear arsenal to save taxpayer money. This downsizing led to the abandonment of several underground silos that once housed US nuclear missiles. A few enterprising individuals have since converted these military facilities into very livable civilian homes.

One such couple—Mr. and Mrs. Peden—gave details of their time living for 15 years in a missile silo in Kansas. Aside from the living space, the Pedens added that they felt totally safe living under several hundred tons of concrete. They’d have to be, considering the silos were built to withstand a nuclear attack.

RCMP use unmanned aerial vehicle to save man’s life

Unmanned aerial vehicles, or “drones”—as they are more colloquially known—usually get a bad rap as privacy-invading, death-dealing machines. However, they can also be put to good use, as was the case in May 2013, when one was largely credited for a successful search-and-rescue mission.

On their website, the Royal Canadian Mounted Police detailed how they found an injured driver, who got lost in a forest after midnight in freezing weather. Using GPS, the Mounties tracked down the area where they believed the man to be, and attempted to contact him via a loudspeaker. When the man failed to respond, they deployed a drone that was able to pinpoint the man’s location. They rescued the man—lying unresponsive by a snowbank—just in time. They added that if it were not for the drone, the man would have been dead by dawn.

The video of this successful rescue is above. 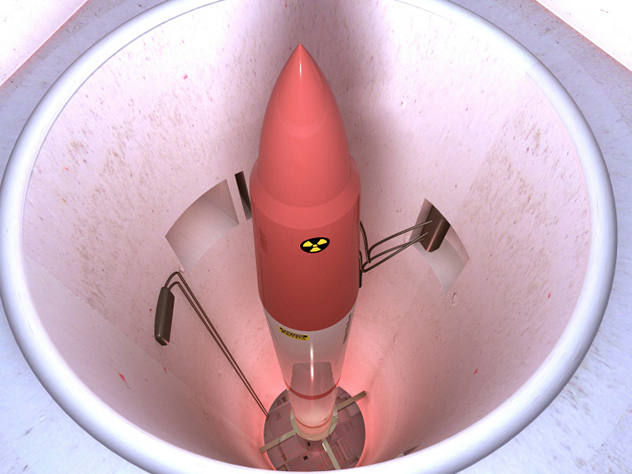 This is probably the epitome of the Biblical passage about turning swords into plowshares. Russian nuclear missiles—which could have sent the world back to the Dark Ages—have instead brought light to American homes for almost 20 years, under the US-Russian “Megatons to Megawatts Program.”

The US company tasked with this peaceful endeavor is the United States Enrichment Corporation (USEC). On its website the company states that—since the program’s inception in the 1990s—the nukes have provided up to 10 percent of America’s electricity. So far, USEC has disposed of more than 19,000 warheads. It hopes to add 1,000 more to that number when the program ends this year.