Throughout history, human hair has been the subject of much vanity, research, and stereotyping. Hair traits and associated medical and social implications influence our perceptions of each other and ourselves. In this sometimes hair-raising account, we explore some of the most fascinating facts in the study of human hair. 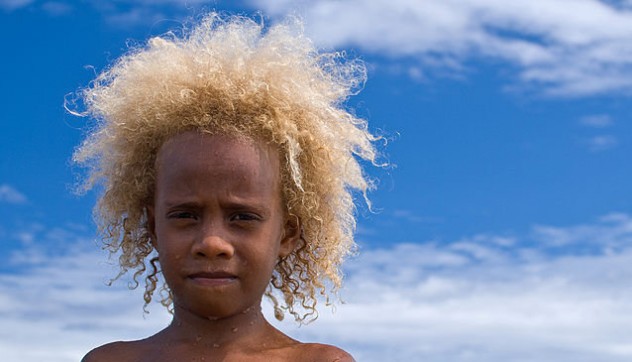 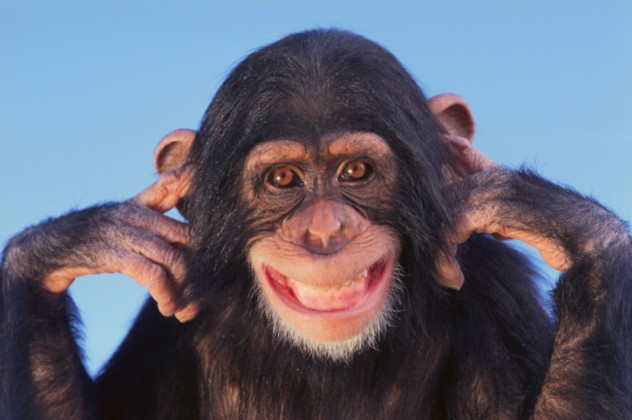 While proud of not being covered in “primitive” fur, humans also sport the dubious nickname of “The Naked Ape.” Chimpanzees, our closest living relatives, appear to be covered in hair compared to us. However, human body hair is actually present in approximately the same density as chimpanzees per square inch. While this might seem unbelievable, your experience is based on visual perception. Only the most significant, thickest, and boldest of human body hairs are readily visible, creating a false impression. If you take a magnifying glass to any part of your body, you will find a multitude of fine, pale hairs, which are hard to see regardless of your hair type. These hairs add up to equal the hair count of our coarser-haired primate relatives. 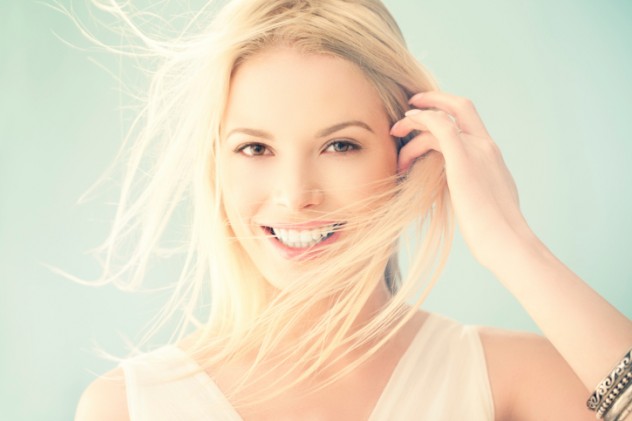 Hair color might not instinctively seem applicable as an indicator of human traits. However, hair color is an outward indicator and genetic phenotype component that means different things according to the gender of the person bearing it. For example, blondes are sometimes perceived as especially feminine. In fact, scientific investigation indicates that blondes have higher levels of estrogen than other females.

Blondes may thus have finer features and a more “youthful” personality than darker-haired women. Surprisingly, blond hair does not seem to relate as much, if at all, to male hormone levels, although more research could always uncover surprises. Both male and female blonds have more hair, with an average of 130,000 hairs, compared to 100,000 for brunettes and 80,000 for redheads. 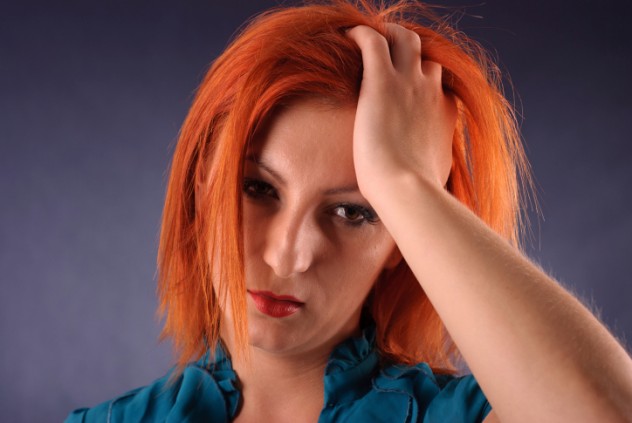 Redheads are often stereotyped as hot-tempered. While the jury may still be out on that particular personality trait, the science is fairly strong on the fact that redheads are definitely prone to getting sore—referring, of course, to how they perceive pain. Dentists and scientific researchers have noted that natural redheads are in fact more sensitive to pain than blonds or brunettes.

At the same time, redheads are hit with an unfair and ironic combination—they are less sensitive to the effects of painkillers than blonds or brunettes. Redheads often avoid going to the dentist, and it turns out that a dose of painkillers 20 percent higher than the norm may be needed to properly inhibit their pain reception, according to a study recently published in the British Medical Journal. Redheads are also more susceptible to skin cancer, and, oddly, never develop gray hair. Redheads may eventually turn blondish, and then pure white.

6Blonds Are Behind In Britain 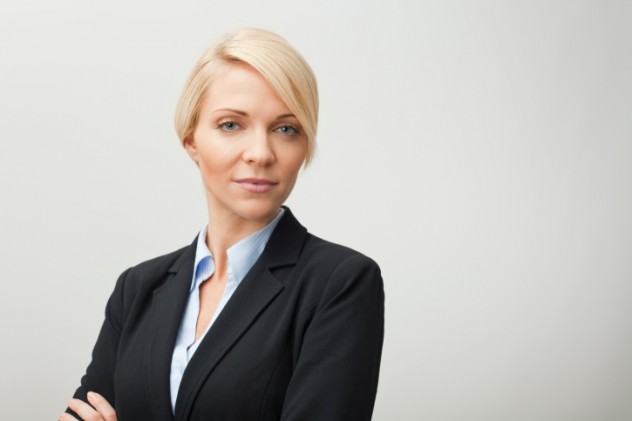 British people, descended to a fair extent from Germanic and other European mainland ancestors, boast a high percentage of blonds (male) and blondes (female). While blond jokes have often targeted females, male British blonds seem to be subject to some, possibly discriminatory, variable that is restricting their professional success. A recent study in the UK looked at the possibility of discrimination against blond males in a sample of 500 CEOs from the London Financial Times Stock Exchange. Chi square statistical analysis revealed that only 25 CEOs (five percent) had blond hair. Since 25 percent of the UK population is naturally blond, this indicates a noticeable under-representation of blonds in the upper echelons of British corporations. However, redheads, who make up only one percent of the UK population, were over-represented, comprising a surprising five percent of CEOs.

5The Science Of The Beard 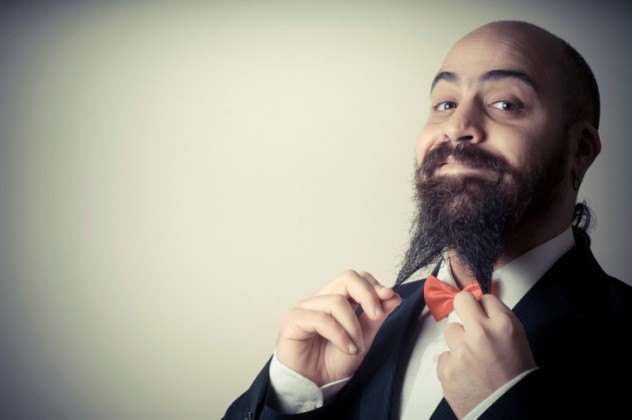 Beards have been celebrated as among the most distinguished male traits, although ironically they may also be perceived by some as unprofessional or informal. The science is even more interesting than the complicated sociology of beards. There are actually two types of human hair. Fine, sometimes nearly invisible, strands known as vellus hairs cover much of the human body. The more limited in extent, but far more prominent, terminal hair is found on our heads.

Facial and chest hair in men and pubic hair in both sexes is also terminal hair, making it the same type as our head hair rather than the rest of our body hair. Strongly pigmented and relatively coarse, the terminal beard hair becomes thicker in men due to testosterone. Now that we understand beards, we’ve discovered that these aspects of male beauty are also strikingly practical. Scientific research indicates that bearded men receive only a third of sun-related radiation on the areas protected by facial hair as compared to bare skin. This may reduce skin cancer risks. 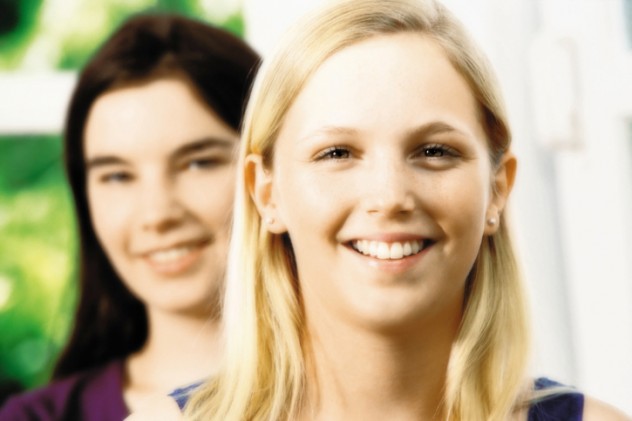 The comedy Legally Blonde humorously plays off the term “Legally Blind,” but research shows the ideas may unfortunately go together on a deeper level. Blonds, especially blonde females, are more susceptible to age-related macular degeneration compared to redheads or brunettes. The eye condition can cause serious visual impairment, but proper nutrition from dietary vegetable intake, along with the use of sunglasses, may help to stave it off. Blonds of both genders, like redheads, are more susceptible to skin cancer, and will often burn more quickly in sunlight. On the subject of hair color and cancer, brunettes are more prone to non-Hodgkin’s Lymphoma. Surprisingly, smoking addiction is more likely to affect brunettes, as their higher overall melanin content prevents their liver from metabolizing nicotine effectively. 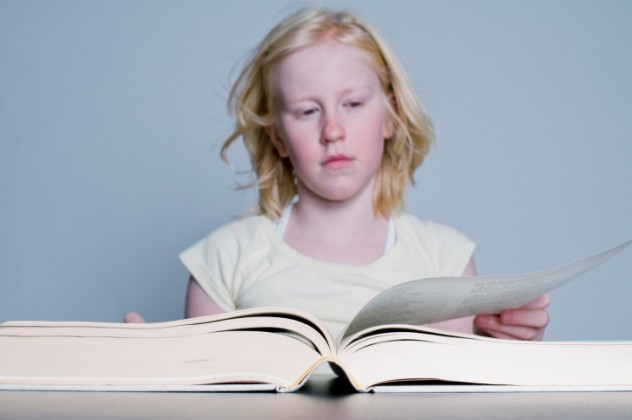 Blond hair and blue eyes might be seen as a striking combination, but they could also be correlated with an increased incidence of certain medical conditions. In a study of 50 learning disabled children, 20 percent were blond. However, only 11 percent of non-disabled children were blond. The blond hair and blue eyes combination is also often seen in patients affected by phenylketonuria, where phenylalanine builds up in the body. Behan et al. (1985) suggest a higher rate of blue-eyed blonds in the dyslexic population (they were also more likely to be left-handed). Another study noted a slightly increased incidence of learning disabilities reported by blond professionals. It is believed that melanin may play a role in the development of neural circuits, and some blonds may be more subject to certain conditions as a result of their reduced melanin levels. 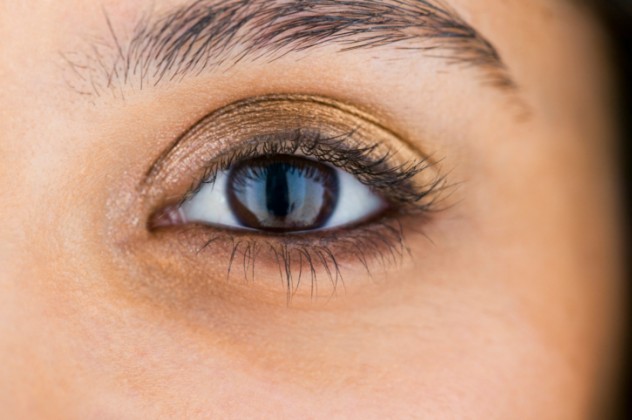 While head lice are unfortunately an all-too-familiar concern, the apparently sparse eyelash hairs are the last of the human hair zones you’d examine for parasites. But while the other entries on this list tend to focus more on genetics, we must cover the unsettling fact that humans frequently have tiny, wormlike mites living in their eyelash follicles. The mites feed on waste products, including sebum, which is the only possible potential benefit to their hosts—who include nearly all humans. Rates of colonization increase with age. Eyeliner or mascara use may also increase their numbers, and overpopulation could force out an eyelash by loosening the follicle. Eyelash mite infestations can also lead to discharges, with impaired vision and eyelash loss in severe cases. Either way, being host to eyelash mites is one of the more bizarre and unexpected elements of the human condition.

1Baldness Is Linked To Heart Disease 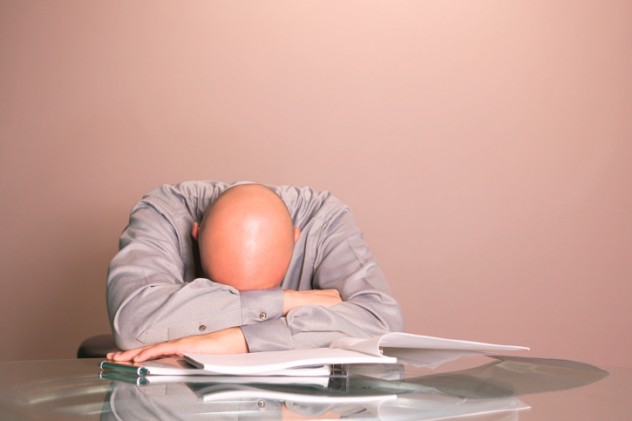 The loss of hair, whether as a result of a medical condition or aging, is often a great source of concern. It is usually males who go bald, while women almost always keep their hair, a fact related to testosterone levels. Baldness might seem cosmetic, but a recent medical study of 40,000 men has linked balding to a much greater risk of coronary heart disease. The risk of heart disease in men with male pattern baldness was found to be 70 percent greater than in non-balding males. Different levels of baldness carried differing risk levels, from 18 percent at mild to 48 percent for serious balding. The correlation between top of the head baldness and heart disease is believed to relate to multiple factors, potentially including insulin and hormone-related variables. Interestingly, a receding hairline and hair-loss away from the top of the head was not associated with heart disease.