There is more to hair than growing and harboring dandruff. Strands have superpowers, like a sense of smell and helping some creatures to hang by their hair.

Biological wonders aside, there is the fascinating world of hair archaeologists who investigate the enigmatic bobs and weaves that once were fashionable in long-dead cultures. Hair can also turn up in weird places, from synthetic skin to tumors that resemble people. It’s almost as strange as Canada’s frozen hair tournament. 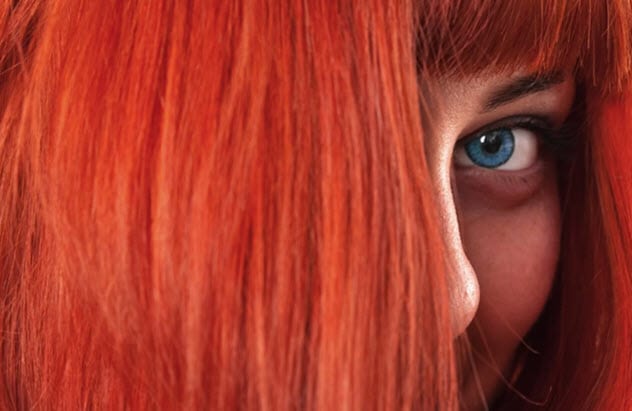 Red hair and skin pigments are already linked to a higher risk of cancer. In 2012, a study found that red hair had another drawback—leeching on antioxidants. The latter are valued for their ability to battle the free radicals that harm cells, sometimes to a carcinogenic effect.

The study focused on wild pigs in Spain. But as humans share the same red pigment—pheomelanin—with the pigs, the results counted for both species. Researchers found that animals with the pigment had less of the antioxidant GSH and more free radical damage.

The production of pheomelanin requires GSH, which drains the body’s supply of the crucial compound. Indeed, boars with gray hair, which lacks any color pigment, had more GSH and less cellular damage.

Interestingly, the Spanish pigs showed some evolutionary sense. Gray fur occurred in older animals as well as in many prime specimens. It would appear that silver fur could be an attempt to lessen free radical damage in the species. As far as pheomelanin is concerned, it remains a mystery why the damaging pigment evolved in the first place.[1] 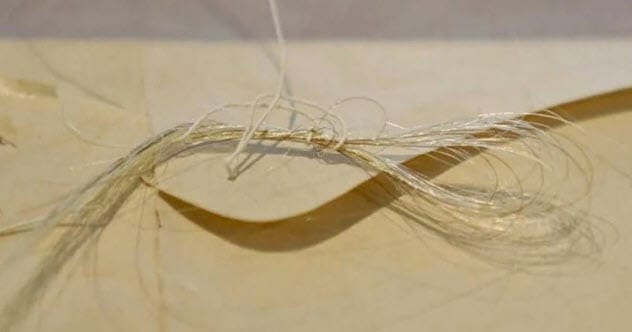 The leather-bound book was printed in 1793, and a cover note said that the owner was Philip Schuyler. There was an envelope tucked inside the book. Written on the envelope were the words, “Washington’s hair,” and it contained a few yellow-gray strands.

Not wanting to destroy the sample with DNA tests, the college reached out to George Washington hair experts. Most agreed that it was the real thing. But how did it end up in Philip Schuyler’s possession and at the college?

Washington probably gave it to his close friends Alexander and Eliza Hamilton. The Schuylers had family links with the Hamiltons and likely received the hair as a gift from them. The Schuylers were also among the founders of Union College, so one family member probably placed the envelope in the book and donated it to the archives.[2] 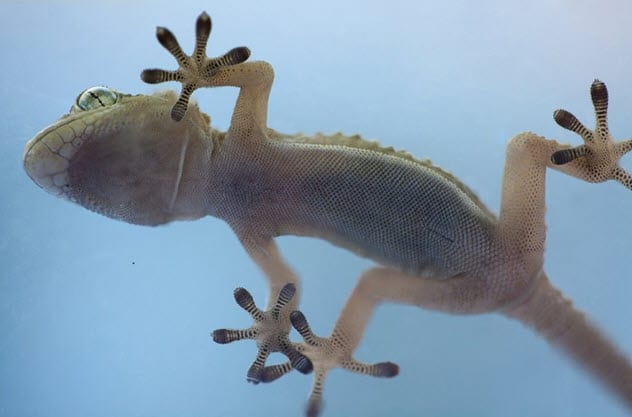 By nature, geckos are not sticky. They also have no problem going up walls or hanging upside down. The reptiles hang by their toe hair. Each toe is packed with microscopic hairs, individually divided into hundreds of bristles. This fuzziness is the secret.

In 2014, researchers designed a mathematical model to pry apart the details. Incredibly, the model revealed a sensitive but powerful system. As long as the hairs stay dry, they make it possible for the tiny reptiles to stick and unstick their paws so fast that they can move 20 body lengths per second without falling.

The strands stand out in oblique directions, bringing them closer to the surface area and increasing the “stick.” The hairs also adjust at lightning speed when a gecko leaps to another surface or turns suddenly. Such maneuvers shift an enormous amount of energy. The hairs’ stretchiness and flexibility safely redirect this surge, making geckos the gravity-defying acrobats that they are.[3] 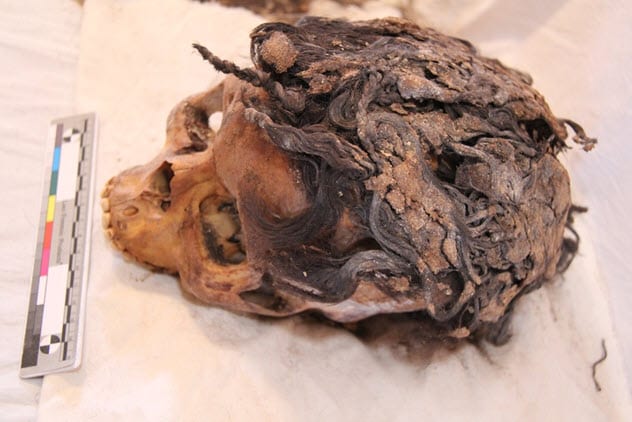 Pharaoh Akhenaten ruled Egypt from 1353 BC to 1335 BC. The king is mostly known for abolishing all Egyptian deities in favor of a single god named Aten. While shaking things up, Akhenaten built a brand-new city in the middle of nowhere and made it his capital. This desert settlement was called Amarna, which people abandoned after Akhenaten’s death.

In 2014, archaeologists excavated a nearby cemetery. Among the things they wanted to glean about Amarna was the city’s hairstyles. Based on the 28 skulls that still had hair, it appeared that braids and extensions were popular. One woman had 70 extensions arranged in complex layers.

The reason for her elaborate coiffure remains puzzling, but it was likely done in preparation for her funeral. It could also have reflected a hairstyle that Amarna citizens enjoyed during life.

Another’s extensions used both naturally black and gray hair. This showed that several donors contributed to make one hairdo. Another popular style placed coils around people’s ears. Fat was used in every case, possibly as a styling agent, and inhabitants also liked to keep their hair at shoulder length.[4] 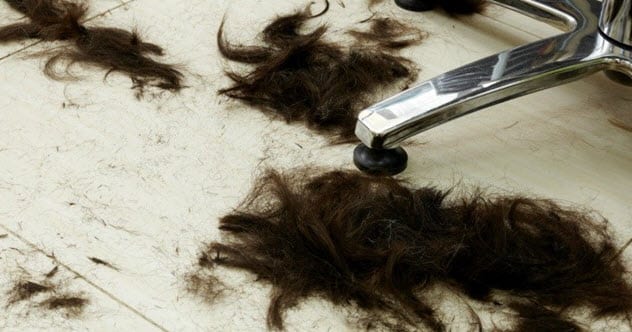 Every day, hairdressers sweep hair into little piles to throw away. A recent study could make this abundant waste the answer to oil spills. It might sound odd, but the snips on salon floors could soak up one of the world’s greatest environmental disasters.

Australian researchers started an ongoing study in 2017 based on the hopeful fact that human hair collects oil. In fact, one strand can absorb up to nine times its own weight in oil. This is why one’s head gets so greasy and why a site contaminated with crude oil can benefit from hair dumped in the ocean.

There are other great absorbents. But they are either synthetic plastics or too valuable, like wool and cotton. On the other hand, shorts cuts of hair are not only waste but also cheap and natural. Usually, they goes straight to landfills.[5]

If they were reused as a giant mop, the environment would benefit from a cleaner ocean and trash sites would avoid bulking up with huge amounts of hair. The researchers feel hopeful that the same batch of hair could be reused for multiple oil spills. 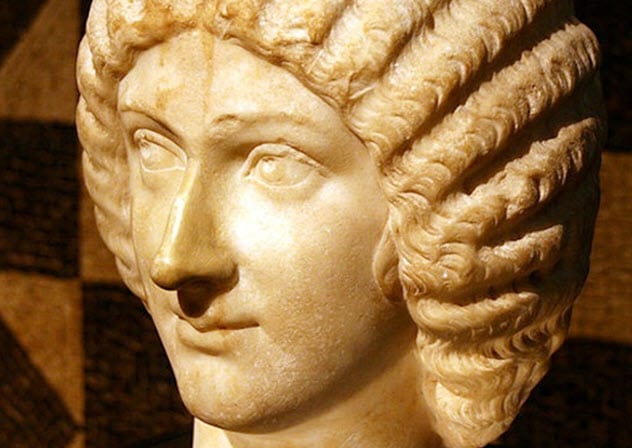 Janet Stephens is a hairdresser from Baltimore. During the day, she snips and styles the heads of customers. At night, she works at home and recreates hairstyles that no longer exist—more specifically, the hairstyles of ancient Rome.

Many Roman statues depict extinct hairdos, some so gravity-defying that experts wrote them off as wigs. Stephens did not buy the wig theory. In her quest to unravel the lost techniques, she discovered that many of the curls, buns, and bumps could be created with natural hair.

To achieve this, ancient Roman hairdressers used something that salons today would never consider—a needle and thread. Stephens’s breakthrough came in 2005 when she researched her hunch about sewing the bits and braids together.

While paging through Roman literature on the subject, the Latin word acus showed up. It had two meanings: “hairpin,” which translators mistakenly favored, and “needle and thread,” which allowed her to disprove the wig angle. Stephens’s ongoing research has earned the respect of scholars, and her work is published in scientific journals.[6] 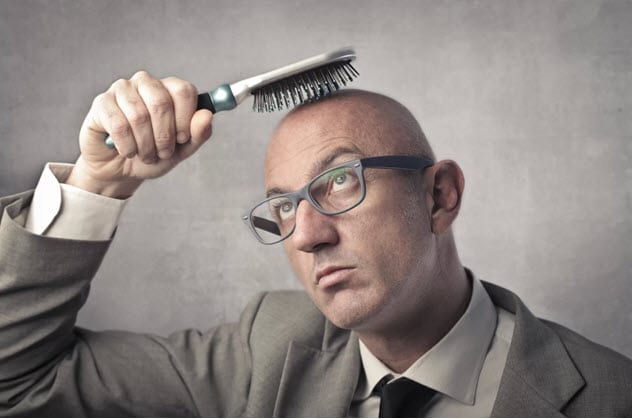 The human nose is not the only body part with a sense of smell. In 2018, researchers discovered that hair follicles have the same olfactory receptors that line the nasal passages. These receptors bind with odor molecules and signal the brain that there are doughnuts in the office or that the trash reeks.

Although hair can detect odors, it is not as obvious. Even so, tests determined that hair likes the smell of sandalwood. A synthetic version called Sandalore excites follicles, and the discovery could boost the hair growth business.

When researchers treated hair follicles with Sandalore, the death rate of keratinocytes dropped dramatically. Even better, the synthetic compound encouraged a growth hormone called iGF-1. It also slowed down the phase when hair dies and falls out.[7] 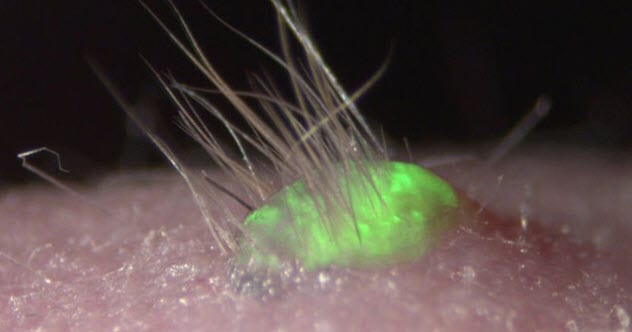 In 2016, Japanese scientists created skin in the laboratory. Incredibly, this artificial skin could grow its own hair and even sweat. Researchers swabbed the gums of mice and turned the gum cells into stem cells before using these to construct skin-like structures with sweat glands and hair follicles. When these structures were transplanted onto mice with no hair, the rodents became bushy.

Artificial skin is not a new invention, but the Japanese technique was the first to grow hair through new skin. This was because all the skin’s major layers developed naturally after the transplant, even growing connections within the animal’s fibers and muscle nerves.

Future applications look great. This type of skin could reduce the number of animals used in laboratory experiments and treat patients with burns and skin graft needs. It may take a while to iron out the kinks, though. The skin cannot make its own nerve fibers and it may grow hair that is a different color than the rest of the host.[8] 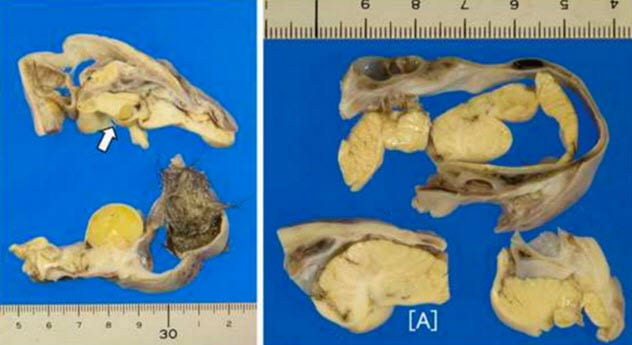 One of the strangest tumors is called a teratoma. They develop in the ovary and often grow human body parts. Such growths are not the result of a pregnancy or parasitic twins that have gone wrong. They are just normal cells that go haywire in a really bizarre way.

In 2017, a Japanese teenager was admitted to the hospital for a routine procedure. The 16-year-old was scheduled to have an appendectomy, but during the operation, the surgeons noticed a growth on one of her ovaries. Things turned weird after that.

The mass measured around 10 centimeters (3.9 in) and had a bunch of hair, bone, and a deformed brain. The girl’s egg cell had started dividing for no reason and developed hair follicles. Some of the cells turned into a tiny partial brain and wrapped it with a bony layer. Luckily, as in this case, teratomas are mostly benign and easily removable.[9] 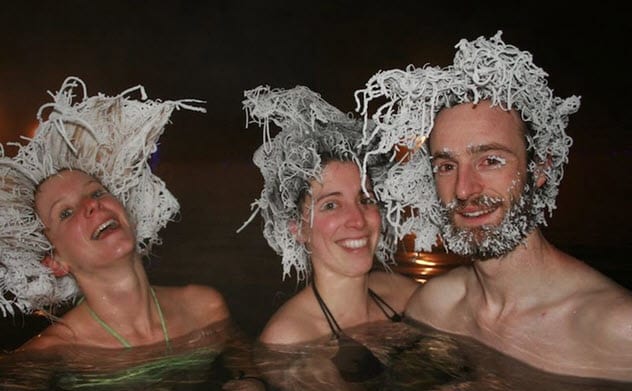 It caused an interesting spin-off—the International Hair Freezing Contest. Frozen hair happens naturally at the springs. Steam rises from the hot water and gathers in a person’s hair, where cold air turns it to ice.

In 2011, the owners of Takhini launched the first tournament to see who could freeze the most outrageous mane. The word spread, and the annual contest now welcomes participants from all over the world during February and March.

Despite the solid look, frozen strands lose their ice with a single dip underwater. Organizers are proud that no hair has ever been harmed during the competition, that the contest appears to be a world first, and that it creates equal opportunity—bald people with wigs are welcome.[10]

Read more fascinating facts about hair on 10 Weird Ways Human Hair Has Been Used and 10 Incredible Facts About Human Hair.