“Then I commended mirth, because a man hath no better thing under the sun, than to eat, and to drink, and to be merry.”

When it comes to eating and drinking, Americans have no merrier holiday than Thanksgiving. But while that which we call a rose by any other name would smell as sweet, what about a marshwort? 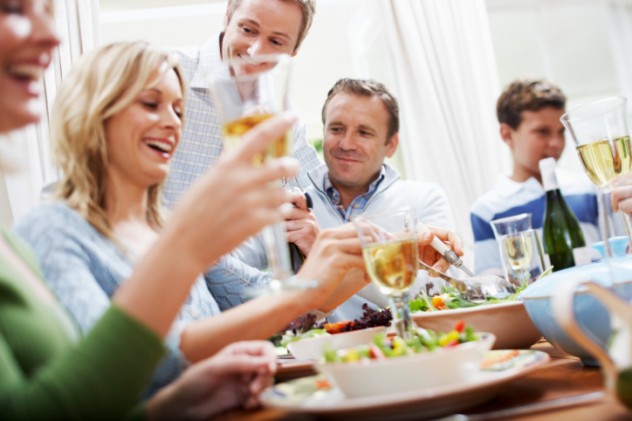 Both mirth and merry come from an Old English word meaning “joy” or “pleasure.” These words are themselves derived from an older German root meaning “short-lasting.” Thus, something merry is short-lived—although the consequences may not be.

In the 17th century, the word “merry” could include decidedly earthier connotations, such as a merry-bout of sexual intercourse. And sometimes a merry-bout resulted in a “merry-begot,” an illegitimate child. However, since 12 percent of all 17th century babies died in their first year, perhaps a merry-begot was a short-lived pleasure after all. 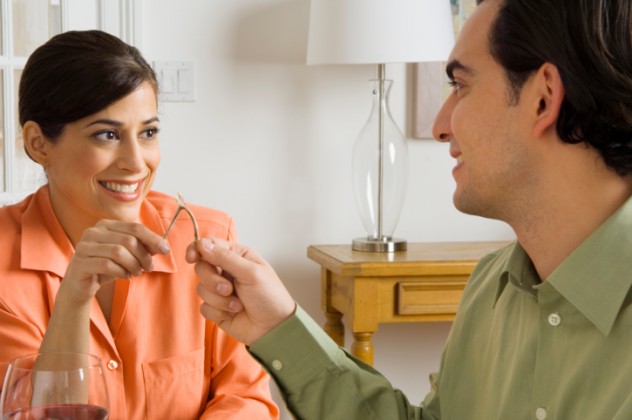 “I have known the shooting star to spoil a night’s rest; and have seen a man in love grow pale, and lose his appetite, upon the plucking of a merry-thought.”

The word merry also gave us the merrythought, which we now call the wishbone. The custom of pulling apart the wishbone dates back at least to Roman times and may have evolved from the Etruscan practice of alectryomancy, the practice of divining the future using rooster clavicles.

According to Roman legend, the Etruscans selected the wishbone because its “V” shape resembled a human groin, the repository of life. Thus, the wishbone was seen as an appropriate way to unravel life’s mysteries. The resemblance of the bone to a woman’s pudenda has also been said to be responsible for it being given the name “merrythought.”

In the 17th century, it was sometimes thought that whoever ended up with the longer piece of the merrythought would marry first, a clever play on words. Alternatively, it was believed that the person with the longer piece would get whatever wish he chose, a custom firmly entrenched by the 19th century. English settlers brought the practice with them to the New World, and we still pull the wishbone apart today. 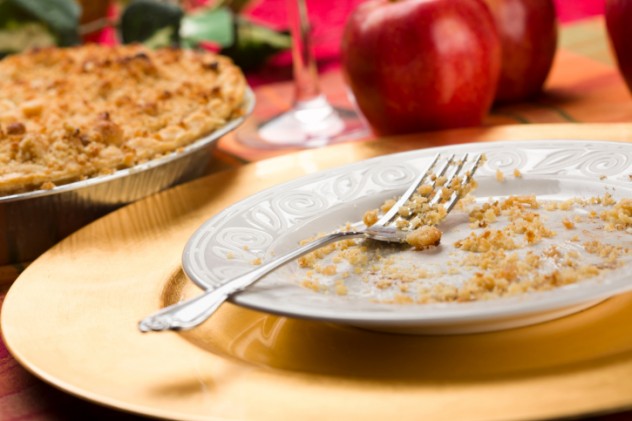 Whether it’s called a merrythought or a wishbone, the proper term for the bone we pull apart on Thanksgiving is “furcula.” It comes from the Latin furca, meaning “pitchfork.” Before becoming the word for what was then a two-pronged utensil, the term was used in England to refer to a forked instrument used by torturers, so you might want to be careful about saying “stick a fork in me, I’m done” after you’ve eaten too many mashed potatoes.

Although the fork seems like an obvious tool, it was not used for eating until the eighth or ninth century, and then only by the nobility in parts of what is now the Middle East. Popular legend has it that Catherine dei Medici brought the fork to France from Italy when she married King Henry I of France in the 16th century. However, the use of the word to mean a table fork is first attested in English some hundred years earlier. 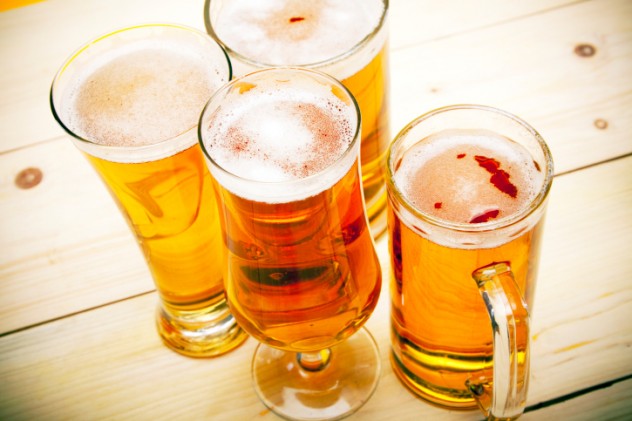 Latin may also have given us the word “beer,” from bibere, meaning “to drink.” But it may be that beer derives from an old Germanic word for barley, the grain from which it is generally brewed. This is questionable, however, since the native Germanic word for beer was aluth, from which we get our English word “ale.”

The origins of aluth, in turn, are unclear. One possibility is that it came from an Indo-European root meaning “bitter.” Another is that it came from alu—a root with connotations of sorcery, magic, or possession—so when your obnoxious Uncle Al spills a frosty one on you during the game, just smile and tell him it’s enchanting. Ale also gave us the English word “bridal,” because in the Middle Ages, ale was a noun that meant a feast. A bride ale was literally a feast in honor of a marriage—followed, no doubt, by a merry-bout. 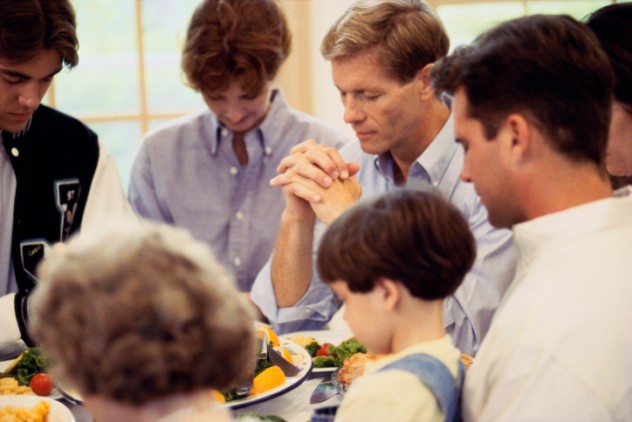 While we are thinking merry thoughts, let’s take a look at the word “Thanksgiving” itself. The “thank” in Thanksgiving comes from the same Germanic root as “think”—as in think, thank, thunk, the latter of which was once proper English. Although we no longer follow this pattern for the word “think,” we still use it with the verbs “drink” and “clink.” Note, however, that the “thunk” form of “think” is unrelated to the word “thunk,” meaning “thud.” That word is a mid-20th century blend of “thud” and “clunk.”

Over time, the “thank” form of “think” evolved to refer to favorable thoughts and, eventually, gratitude. So if you think the turkey was delicious, be sure to express your thanks—otherwise, your hostess may think her meal went thunk. 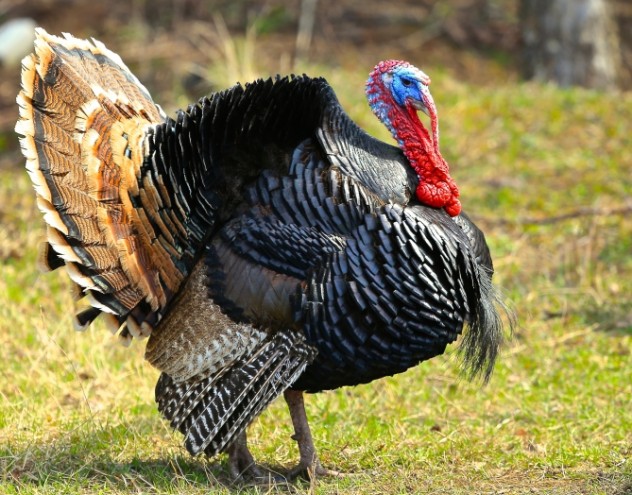 The first Europeans to see what we call a turkey were likely Christopher Columbus and the crew of his fourth American voyage. They called the animal gallina de la tierra, or “land chicken.”

The word “turkey” is short for “Turkey cock,” a term that originally referred to the guinea fowl. The origins of the word “turkey” to refer to a bird that is native to America are uncertain, but it may be because it was once brought to England via Turkey. Pilgrims to the New World became confused by the similarity of the land chicken to the bird they knew as a turkey, so it was named by mistake. Though turkeys were common fare for early American settlers, they didn’t become part of the Thanksgiving tradition until around the mid-19th century. 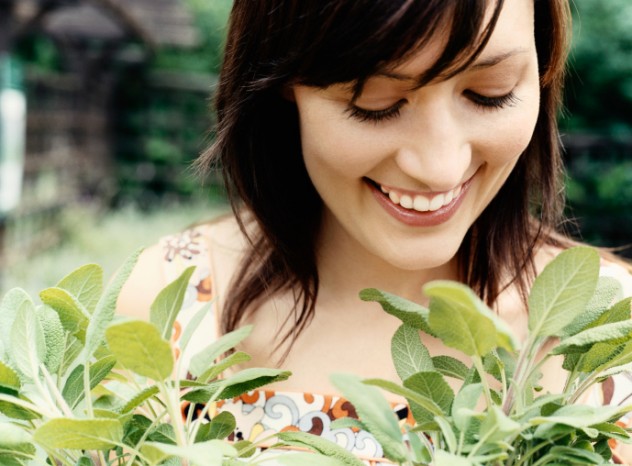 For many people, the herb sage is associated with Thanksgiving, but historically, sage’s primary use has been medicinal. This is reflected in its botanical name, Salvia officinalis. In Latin, salvus meant “healthy,” a word that also gave us the English “safe.” Sage has been used to treat inflamed gums, excessive perspiration, memory loss, depression, sore throat, swollen sinuses, acne, toenail fungus, hot flashes, and painful menstruation, among other things. Because sage is also used to combat diarrhea, gas, and bloating, it’s the perfect herb for a holiday that often results in gustatory overindulgence.

The word “sage” meaning “wise” is unrelated to the herb. That sage comes from a Latin root meaning “to taste.” Taking all three meanings of the word literally, sage in your Thanksgiving dinner is tasty, healthy, and wise. 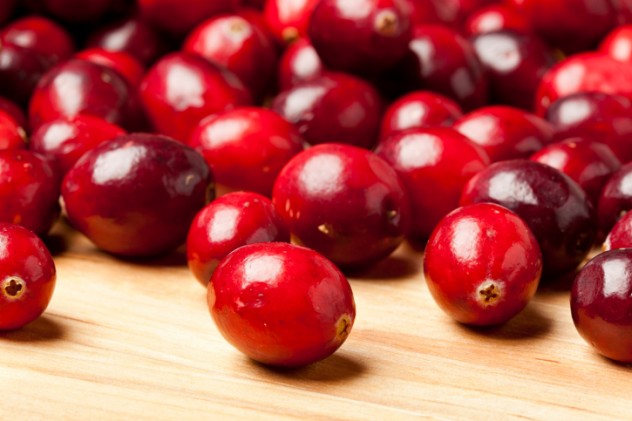 No Thanksgiving table would be complete without some form of cranberry sauce or jelly. The cran- in “cranberry” shares its root with the bird called a crane. This may be due to the resemblance between the plant’s stamen and the beak of a crane.

Cranberries grow not in water, as commonly believed, but in bogs. They are sometimes referred to as bogberries or, less accurately, as fenberries or marshworts. Cranberries are, however, often floated in water during harvesting, which makes them easier to harvest and increases their exposure to sunlight. More sunlight helps cranberries develop greater concentrations of anthocyanins, the phytonutrients believed to give cranberries antioxidant and anti-inflammatory properties. Cranberries are a popular treatment for urinary tract infections and believed by some to help prevent cancer. 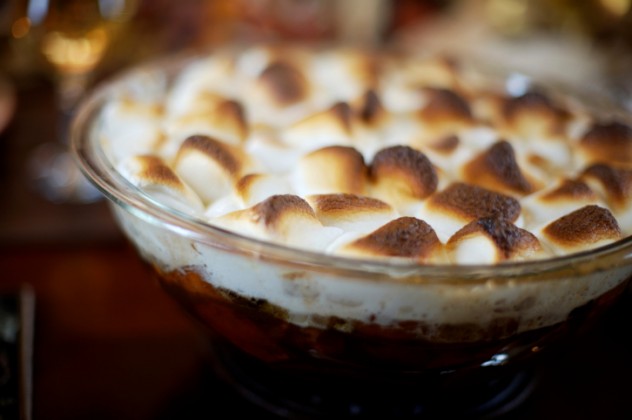 While cranberries don’t actually grow in marshes, the plant known as the marsh mallow, or marshmallow, does. The marshmallow’s botanical name, Althea officinalis, comes from the Greek althein, meaning “to heal.”

Marshmallow has been used for more than 2,000 years as medicine as well as food. The root and leaves contain a gummy substance called mucilage. When mixed with water, the mucilage forms a slick gel, which coats the throat and stomach and reduces irritation. In the 19th century, people would take juice from marshmallow roots and cook it with egg whites and sugar. The cooked mixture was whipped into a foamy meringue and allowed to harden, creating a medicinal candy to soothe sore throats. 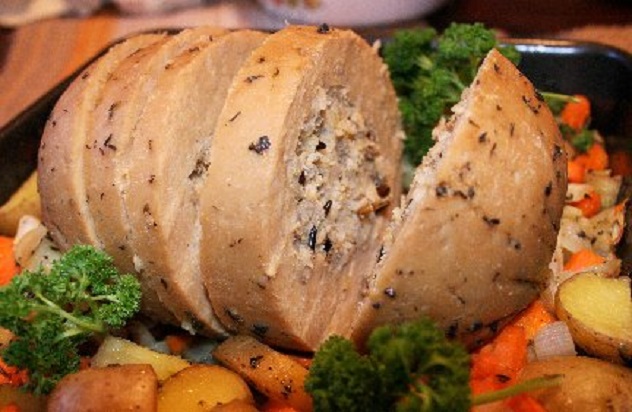 And so as not to leave out the vegetarians, we conclude with Tofurky, a turkey substitute created in 2000 by Turtle Island Foods. Tofurky is made from tofu, wheat gluten, oil, and “natural flavors,” which include certain yeasts that lend Tofurky a “meaty” taste.

Tofu, for those of you who don’t know, is fermented soy bean curd. It is valued for its high protein content, as well as its ability to absorb flavors from other foods. Tofu is probably best enjoyed without thinking of the origins of the word—literally “rotten beans,” which comes to us from Chinese dou (“beans”) and fu (“rotten”).

And on that merry note, Happy Thanksgiving.

Jackie Fuchs is a writer and attorney with a B.A. in linguistics from UCLA and a J.D. from Harvard. In a former life she played bass (as Jackie Fox) for the ‘70s all-girl rock band, The Runaways, with Joan Jett and Lita Ford.

Jackie is a former journalist and Huffington Post blogger, with an interest in word origins and medieval history. You can read some of her work at jackiefoxdotnet.wordpress.com.