Nothing says the beginning of the holiday season like the Macy’s Thanksgiving Day Parade. Not only does the event have all the delightful hallmarks of the American holiday season, it is one national tradition that can be trusted. But an event beginning in the 1920s doesn’t get this far without a bit of intrigue and a couple of secrets. Add some spicy conversation to your Thanksgiving morning this year by impressing your family with a few fun facts about this American holiday icon.

10 The balloons were introduced to make it less terrifying 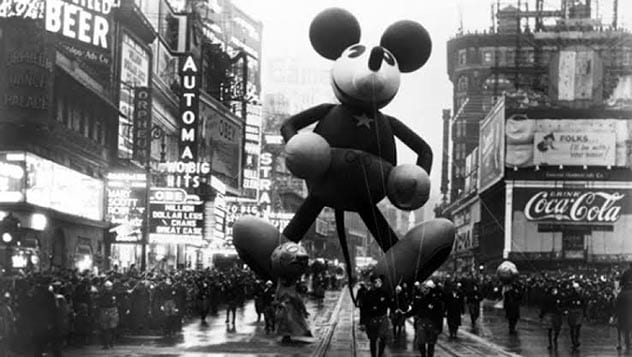 When Macy’s first got the idea for the parade in 1924, employees participated along with animals from the famous Central Park Zoo. Originally donkeys, elephants, goats, and camels walked the route. Seems innocent enough, right? It might have been, except in 1925 and 1926, the organizers decided to up the ante, adding lions, tigers, and bears. You guessed it – oh my! Children along the route were so scared that Macy’s decided to trade in live animals for large rubber puppets, eventually evolving into large balloons. The move proved to be the right one, as the larger than life helium-filled animals are now recognized worldwide as a Macy’s trademark.[1] 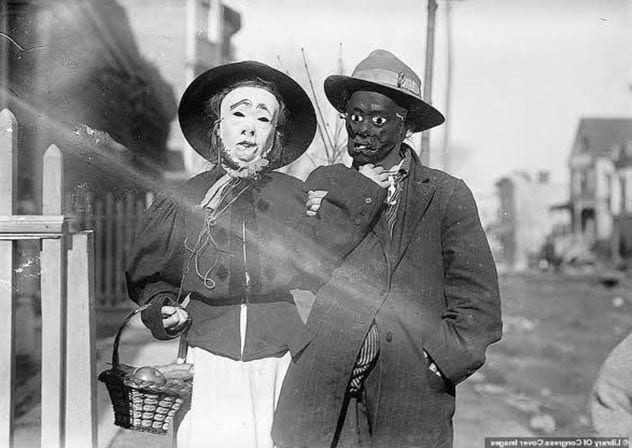 Ever heard of Ragamuffin Day? Started after Abraham Lincoln’s Presidential Declaration in 1863 making the last Thursday in November Thanksgiving Day, this adorable tradition involved children “dressing down” as hoodlums and begging for treats on the street. Eventually, the participants earned the name “Ragamuffins,” and the holiday became widely known. The occasion gained particular popularity in New York City and over time more costumes were added to the act of walking the streets asking “Anything for Thanksgiving?”

The rise in popularity of the Macy’s Thanksgiving Day Parade along with the onset of the Great Depression brought Ragamuffin Day to a slow halt. By the early 1950s, however, the tradition had morphed into what we call Trick or Treating. Thanks, Macy’s![2] 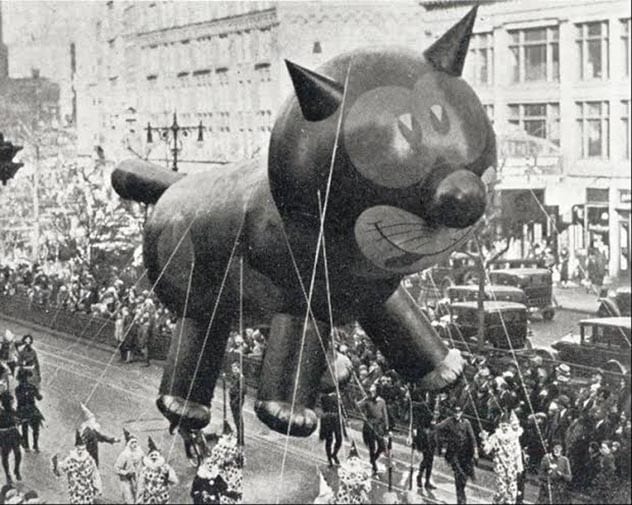 The first decade of the parade included a tradition that turned the occasion into a weekend-long event as the animal balloons were released into the air to soar above the city and beyond. Expensive to produce, if found, the balloons could be returned to Macy’s for a cash prize. This incentive also led to the demise of the tradition, when aviator Annette Gipson ruined it for everyone in 1928 by flying her plane into one of the balloons to retrieve it. As the balloon got wrapped around its left wing, the plane began a tailspin, horrifying onlookers. Luckily, Gipson’s instructor took over, but not without the passenger door flying open and nearly forcing her out of the plane.

Macy’s decided to put an end to the flying animal balloons from then on.[3]

7 The balloon animals might be cute, but they can also be dangerous 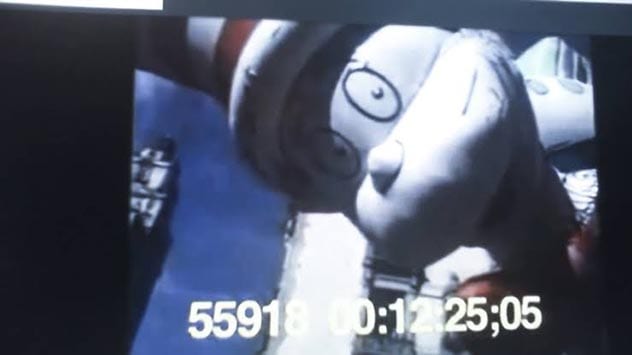 The famous larger-than-life balloons might seem harmless, but they have a dark side. Over the years they have been responsible for multiple injuries of spectators, including children. Most life-threatening was the Cat in the Hat that graced the 1997 route. Along the way it collided with a lamppost, the top of which struck an unsuspecting woman in the head, knocking her unconscious. A month-long coma followed, resulting in brain damage and permanent injury of the 34-year old mother.

That’s not the end of the terror. Another incident involved Sonic the Hedgehog’s less-than auspicious debut to the parade in 1993 when he also crashed into a lamppost, leaving two spectators with semi-serious injuries. Oh, and 2005’s M&Ms balloon also failed to stay away from lampposts along the route, knocking into one of them and injuring two sisters.

While Macy’s took responsibility for each incident, one has to wonder what the real threat is; the balloons, or the city’s lampposts.[4]

6The balloons are also at risk of violence

While they have since tried to keep it under wraps, in the 1997 parade and at the height of his popularity, Barney the Dinosaur’s inflatable version was the victim of an attack. When unprecedented winds made things difficult for the balloon handlers, all were ordered to pause and allow the purple dinosaur to deflate. While waiting for this to occur, however, the Barney balloon hit a light pole and incurred a massive gash in his side, seeing him rapidly approaching the street. The New York City Police, however, didn’t think it was happening quickly enough and, scared for the safety of the balloon handlers, jumped on top of the rubber likeness of everyone’s favorite t-rex and started stabbing it (yes, you read that right). To prevent traumatizing children watching from home, NBC aired a recording of the Barney balloon from a previous parade on the televised broadcast. However, the scene made its way to YouTube in 2003, delighting some and disturbing others as it went viral.

Barney sustained another gory injury in the 2005 parade when a tree tore his left leg before he even made it out the gate. The purple friend persevered, however, walking the route with the gash for the world to see. What a trooper.

5 The balloons helped defeat the Nazis 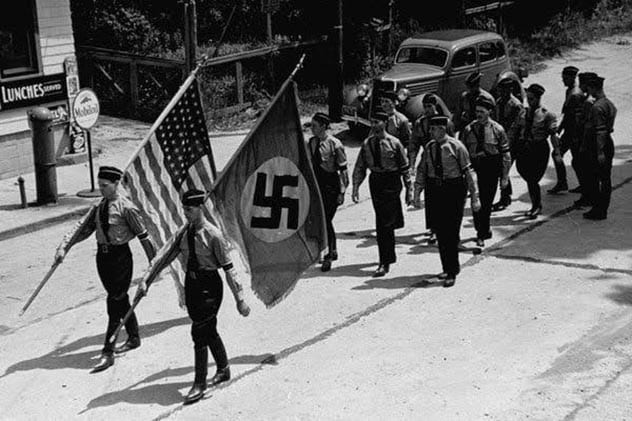 The only times that the parade has been canceled since its inception were the 1942, 1943, and 1944 parades, canceled due to America’s involvement in World War Two. It wasn’t that Macy’s thought it inappropriate to hold such a festive event while soldiers were overseas fighting a lengthy and gruesome war, it was because the military was experiencing severe rubber and helium shortages and regulations against overuse extended even to the famous parade. With no way around it, the event was canceled. Macy’s managed to stay in the spotlight, however, donating the balloons to the armed forces in a City Hall ceremony. We’re talking 650 pounds of rubber and who knows how much helium, not too shabby. Pictured is the 1937 Nazi parade in Long Island . . . yup: Long Island—that really happened.[5]

4 Speaking of helium, the parade keeps the industry afloat 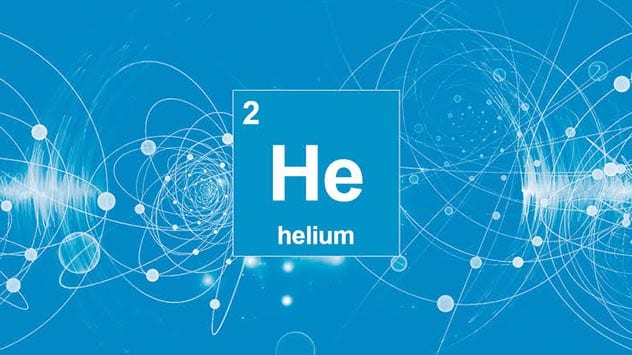 While it may seem cute and cozy from the sidelines and TV screens, the parade is no small neighborhood holiday event. The Macy’s Thanksgiving Parade is currently second to only the United States government itself as the largest consumer of helium worldwide. For now, though, it looks like this consumption isn’t a concern and won’t lead to any shortages, even with the gas needed increasingly for technology.[6]

3Do you have a license for that balloon? 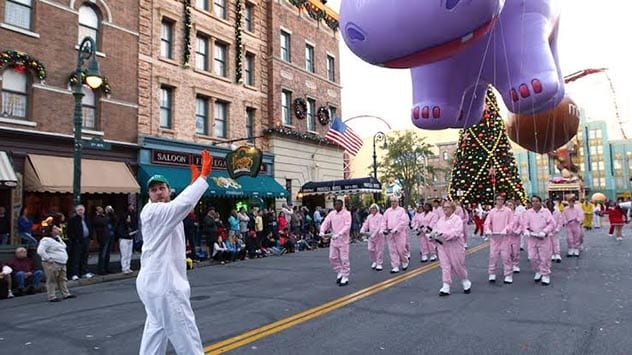 Each of the parade’s inflated balloons has its own “pilot” — the person walking backward in front of the balloon and its group of carriers. The position isn’t just one that employees volunteer for if needed. Rather, anyone selected to perform the duty undergoes special training through Macy’s. Additionally, they must learn to walk backward for 2.5 miles. Training takes place twice a year involving both classroom curriculum and track instruction. And yes, it’s all for the prestige; the crew at the parade work on a volunteer basis, doing it for fun, or to cross off a bucket list item.

Even though each of the 15-plus balloons requires 50-100 handlers, jobs are hard to come by. If you don’t work for Macy’s you must be sponsored by a Macy’s employee, which is harder than it sounds, as many volunteers hold onto their positions year after year, with the same gusto as they hold onto their inflatable friends. If you do end up finding a sponsor, you will only be granted a position if you pass the physical requirements for the job. With each balloon handler navigating the route with a 300-500 pound pull, handlers are required to be over 18, weigh at least 120 pounds, be free of heart issues, and bear strapping knees and backs.[7]

2 Felix the Cat gets burned 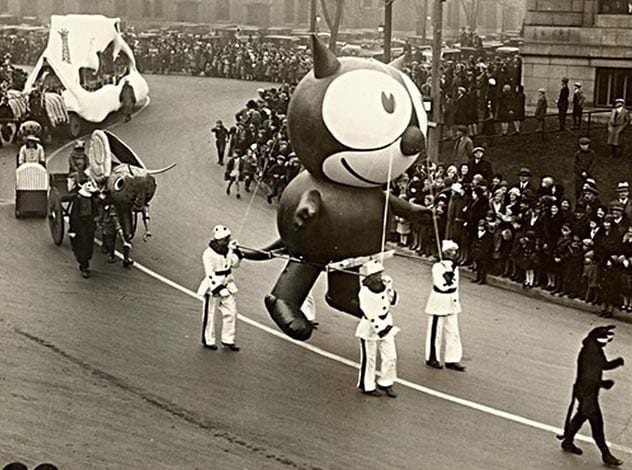 Does Felix the Cat being the first balloon animal to ride in the Macy’s Thanksgiving Parade sound familiar? That’s because the actual first cartoon characters licensed, The Katzenjammer Kids, aren’t exactly household names anymore (nor does “Katzenjammer Kids” roll off the tongue as easily). Felix did appear in the parade, but only as a rubber blow-up puppet of sorts. In truth, Felix joined the parade as a helium-filled balloon in 1932.

The naughty cat was, however, the first cartoon character in the parade to get into mischief befitting of a feline. The famous cat apparently has a thing for electric lines and playing with fire. The first mishap took place in 1929 when the above-mentioned blow-up puppet got away from its small group of handlers and went straight for the closest electric line, catching fire and going up in flames (also leaving his kitten son, being pulled as a separate blow-up doll, fatherless). The feline showed its pyromaniac tendencies again in 1931 following the onset of the short-lived tradition of setting the balloons out into the wild at the end of the parade. This time, a solo pilot in the air, Clarence D. Chamberlin, tried to claim Felix for his own via lasso (yes, an actual lasso). Alas, the spunky cat broke free, and again headed straight for the electric lines, bursting into immediate flames.

Macy’s wouldn’t give up, however, and the releasing of the balloons would last another three years before they decided it might have too many public safety risks associated with it (ya think?).[8]

1 They want you to believe in Santa 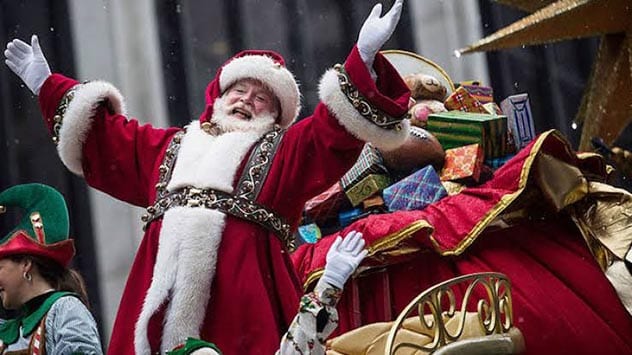 Santa Claus has brought the parade to a close for each year of its run, except for 1933, when organizers decided to mix it up by having him mark the beginning of the parade. Seems like a good gig for a Santa-method actor, right? Well maybe, if absolute secrecy about the role is something you can agree to. When the parade was first televised (interestingly, those enjoying the parade at home did so via radio for the first two decades of its existence) in 1948, Macy’s scored Charles Howard, founder of the Santa School (yes, you heard that right) in Albion, Michigan, to play the part. He donned the red suit in the parade until 1965, being hired by Macy’s to work as Santa in their New York City store as well. When Howard retired in 1965, however, the company decided to go back to the traditional stance on Santa — there’s just one, and there he is, on the float! Actors playing Jolly old St. Nick have been anonymous ever since. In a national event featuring only the most famous cartoon characters and celebrities, that’s one impressive feat.[9]

For more lists like this one, check out Top 10 Post Thanksgiving Recipes and 10 Ways People Took Black Friday Too Far.

About The Author: Janice is a freelance writer and proofreader living in Denver, Colorado. She is a history enthusiast who also loves books, travel, old stuff, and a good list. You can follow her adventures on Instagram and on Twitter.