Over the years, history’s greatest painters, sculptors, and craftsman have toiled to create the iconic pieces of art we’ve all become familiar with. While many of those masterpieces remain safely tucked away in museums or private collections, others have not been so lucky. Here are 10 stolen pieces of art that are still lost somewhere in the world today. 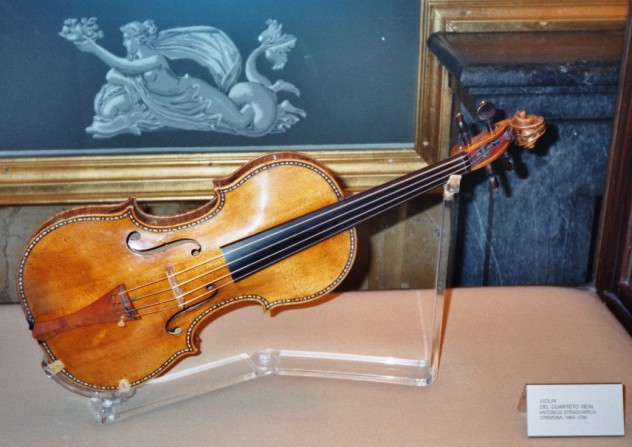 For a musician, owning a Stradivarius violin is like getting your hands on the Holy Grail. According to reputation, no instrument compares to the rich quality of sound produced by a Stradivarius. They even boast the ability to withstand centuries of wear and tear if taken care of properly. With that being said, only around 650 original Stradivari have survived to the present day. As well as violins, the remaining instruments include cellos, violas, guitars, harps, and mandolins. The current whereabouts of the instruments range from private collections to the Library of Congress, Smithsonian, and the Stradivari Museum in Cremona, Italy.

In October 1995, a $3 million 1727 Stradivarius violin was stolen from renowned violinist Erica Morini’s New York apartment. Morini, who was 91 years old, died shortly after the robbery. The theft is still on the FBI’s Top Ten Art Crimes list and the instrument is still labeled unrecovered as of today.

9“View Of The Sea At Scheveningen” By Vincent Van Gogh 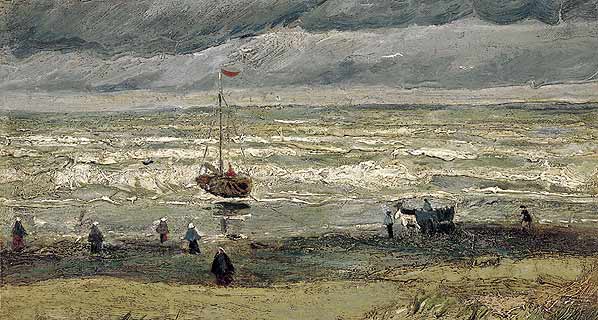 On 7 December, 2002, at around 8:00 AM, two men climbed onto the roof of Amsterdam’s Van Gogh Museum and broke through into the building. The thieves only took two paintings—“View of the Sea at Scheveningen” and “Congregation Leaving the Reformed Church in Nuenen,” both painted between 1882 and 1884. This period represented the peak of Van Gogh’s artistic achievements and the paintings are estimated to have a combined value of $30 million.

According to the museum gallery page, “Van Gogh painted this picture on the spot, at Scheveningen, a beach resort near The Hague. He had to fight against the elements: the gusting wind and flying sand, which stuck to the wet paint. Most of this was later scraped off, but a few grains can still be found in some of the paint layers.” Two suspects were arrested in 2004 and later sentenced to up to four-and-a-half years, but the paintings have yet to be found. The museum currently offers a reward of €100,000 for information on their whereabouts. 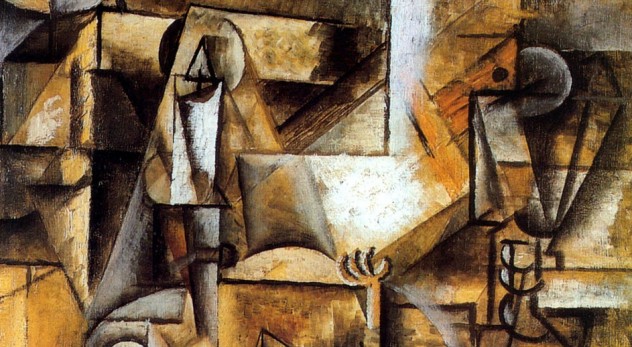 One of the oddest art thefts in history took place in Paris, France around 7:00 AM on 20 May, 2010. Pablo Picasso’s 1911 masterpiece “Le pigeon aux petits pois” (The Pigeon with Green Peas) was one of five paintings, estimated at a total value of about €100 million, stolen from the Musée d’Art Moderne de la Ville de Paris. Only a single smashed window and a broken padlock were found at the scene of the crime. The thief had the dexterity to carefully and quickly remove the paintings from their frames rather than using a knife to cut them out. Security footage revealed that the burglary was a one man job rather than a team of thieves. A man said to be the lone thief was found and convicted in 2011, and subsequently claimed he had panicked and thrown the painting in the garbage shortly after stealing it. Many people have expressed doubts over the thief’s story and as of today the painting is still nowhere to be found. 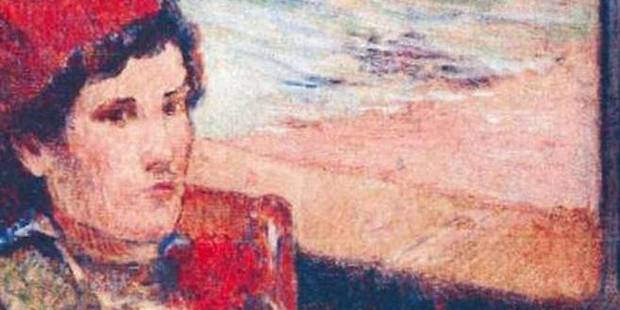 In October 2012, Paul Gauguin’s 1888 piece “Femme devant une fenêtre ouverte, dite la Fiancée” was stolen from the Kunsthal Museum in Rotterdam, South Holland, along with six other paintings from artists including Pablo Picasso, Claude Monet, Henri Matisse, and Lucian Freud. The burglary took place at around 3:00 AM and took only three minutes for the thieves to break into the museum, gather the seven artworks, and get out before any law enforcement arrived. The estimated value of the stolen works is around €18 million. On 26 November, a man named Radu Dogaru was arrested for the theft and eventually sentenced to nearly seven years in prison, A second thief, Adrian Procop, was arrested in Berlin on 6 December. All of the paintings, including Gauguin’s, are still missing.

6“The Concert” By Johannes Vermeer 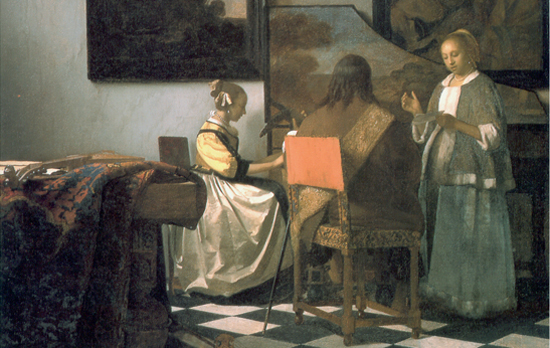 Dutch master Johannes Vermeer remains one of the most renowned painters of the 17th century. Most of his remaining paintings reside in museums or the Royal Collection in London. His 1664 work “The Concert” depicts two women and a man making music in a dimly lit parlor. In 1892, the famous philanthropist Isabella Stewart Gardner acquired the piece at the auction of the estate of Parisian art critic Théophile Thoré and the piece went on display at the Isabella Stewart Gardner Museum in 1903. On 18 March, 1990, a couple of burglars dressed as Boston police officers arrived at the museum claiming to be responding to a call. Once inside, the pair stole a total of 13 paintings, including “The Concert” and works from Govaert Flinck, Degas, and Rembrandt. “The Concert” currently holds the record for the most valuable unrecovered stolen work of art, with an estimated value over $200,000,000. 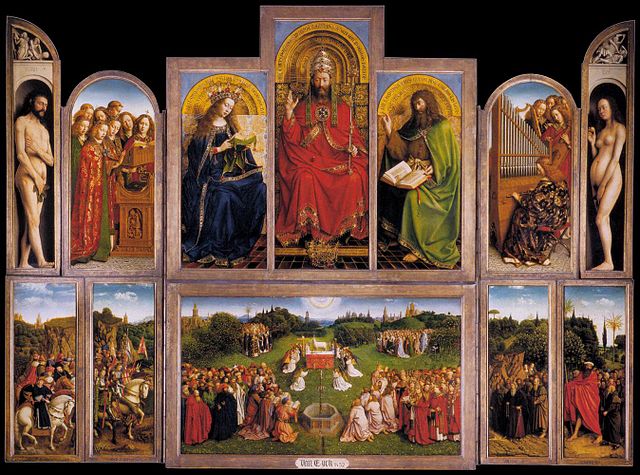 On the night of 10 April, 1934, Jan van Eyck’s “The Judges” was taken from its display at Saint Bavon’s Cathedral in Ghent, Belgium, where it served as part of the “Adoration of the Lamb” altarpiece created sometime between 1426 and 1432. “The Judges,” the only part of the 12-panel altarpiece that was taken, was replaced with a note written in French that read, “Taken from Germany by the Treaty of Versaille”. Over the course of seven months after the theft, multiple ransom notes and letters passed between the Belgian government and a man claiming to be the thief. On 25 November, the supposed thief—a flamboyant local politician named Arsène Goedertier—revealed with his dying breath that only he knew where the painting was hidden and that he would take the secret to his grave. It has since been speculated that the painting was destroyed, but it’s officially still on the missing list.

4“Storm Of The Sea Of Galilee” By Rembrandt Van Rijn 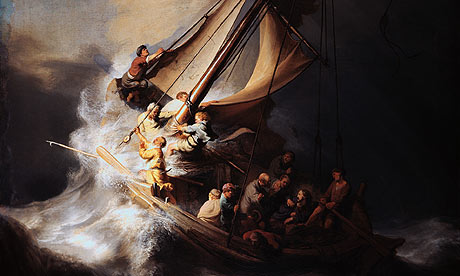 The same robbery that took Johannes Vermeer’s “The Concert” from Boston’s Isabella Stewart Gardner Museum also claimed Rembrandt’s famous masterpiece “The Storm of the Sea of Galilee.” The artwork is Rembrandt’s only seascape and depicts Jesus’ miracle of calming the Sea of Galilee, as described in the Gospel of Mark. The combined robbery is easily America’s biggest art heist to date. On 18 March, 2013, the FBI held a press conference claiming that they knew who was responsible for the crime—criminal analysis suggests an organized crime group rather than a single petty thief committed the heist—but that they could not release a name while the investigation was ongoing. There have been no new public announcements since then.

It has been over 23 years since the theft, but the investigation is still considered an open case and there is currently a $5 million reward for information as to the whereabouts of the painting(s). 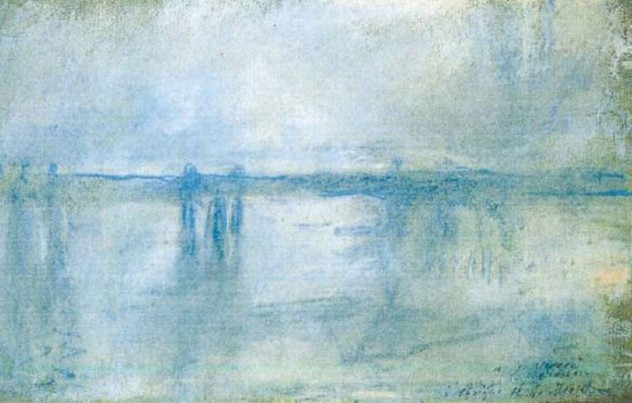 Famed impressionist Claude Monet depicted Charing Cross Bridge in London as part of a series painted between 1899 and 1904. The series depicts various versions of the bridge over different periods of day and night, allowing Monet to utilize his vast understanding of color pallets. The 1901 Rotterdam painting simply titled “Charing Cross Bridge, London,” was part of the Kunsthal Museum theft in October 2012. One of the men convicted of the crime claimed that the Monet (along with the other stolen works) was burned in his mother’s stove to hide evidence of the theft from government officials. Although certain traces of pigments were indeed found in the stove, no solid evidence has been found proving his claim and the painting is still listed as missing. 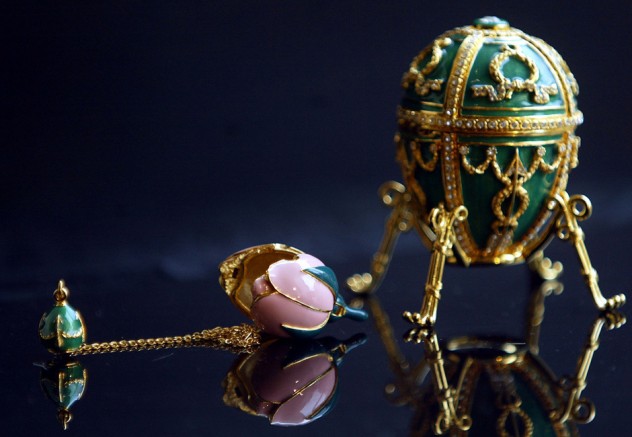 The Imperial Fabergé Egg collections of Alexander III and Nicholas II might actually have been more popular than the Czars themselves. Peter Carl Fabergé of the House of Fabergé created the jewel-encrusted egg masterpieces for the Russian royal family between 1885 and 1917. The collection consists of 52 known Imperial eggs, complete with exquisite jewels, precious metal details, and complex cogs and gears for clockwork mechanisms. In 1918, the Bolsheviks pillaged the House of Fabergé and the Czar’s palace in St. Petersburg. The eggs were confiscated and shipped to the Kremlin. Some of the eggs were subsequently sold to private collectors, some were stolen, and some remained in museums around the world. Currently, eight of the eggs are still missing since the Bolshevik plunder. Each egg is valued at over a million dollars and rumors of their location have spread all over Europe, South America, and the United States.

1“The Lovers: The Poet’s Garden IV” By Vincent Van Gogh 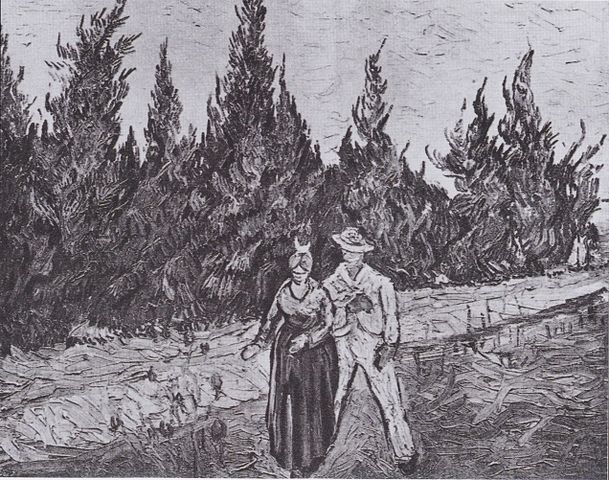 On 21 October, 1888, Vincent Van Gogh wrote the following to his brother Theo: “Here is a very vague sketch of my last canvas, a row of green cypresses against a pink sky with a pale lemon crescent. The foreground is vague land and sand and some thistles. Two lovers, the man in pale blue with a yellow hat, the woman with a pink bodice and a black skirt.” The canvas in question was “The Lovers: The Poet’s Garden IV,” which was finished in the same year. During the latter half of the 1930s, Adolf Hitler had many “degenerate” pieces of art stolen from private collections and museums, Van Gogh’s “The Lovers: The Poet’s Garden IV” among them. Hitler planned to create the greatest collection of art in the world and his ideal collection included “degenerate works” from artists of the previous century. Despite the efforts of the Monuments Men, a group of US servicemen charged with retrieving and protecting cultural treasures in war-torn Europe, the piece vanished after World War II and still has not been found.

Morgan Swank is part-time joke writer, music lover, social media poster, and all around list maker. Follow her on Twitter and see her book of poetry she co-wrote with friend Ginger Monroe on Lulu: “Words for No One.”