While the standards of beauty may have changed throughout the centuries, all humans share an inescapable biological urge to procreate. Feelings of love and lust are therefore extremely important and have influenced even our deities—who, after all, are usually reflections of our own characteristics. 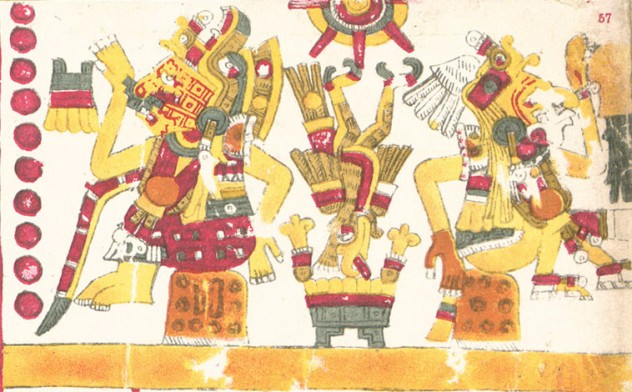 With a name meaning “precious feather flower” the Nahuatl language, it’s no surprise that Xochiquetzal was an Aztec goddess of love. Various other aspects of Aztec life, such as flowers, pregnancy, and prostitutes, also fell under her domain, making her one of the more popular deities of the time—a feast in which her devotees dressed up in animal masks was held every eight years. Because of her affinity for marriage, she was often believed to be the wife of the rain god Tlaloc.

Unlike most Aztec fertility goddesses, Xochiquetzal was usually depicted as a beautiful young woman, which caused her problems with some of the more misogynistic gods of their pantheon. While still married to Tlaloc, she was kidnapped by Tezcatlipoca, the god of the night, and forced to marry him, after which she was enthroned as the goddess of love. By another of her husbands she was also the mother of Quetzalcoatl, the feathered serpent god of Aztec mythology. 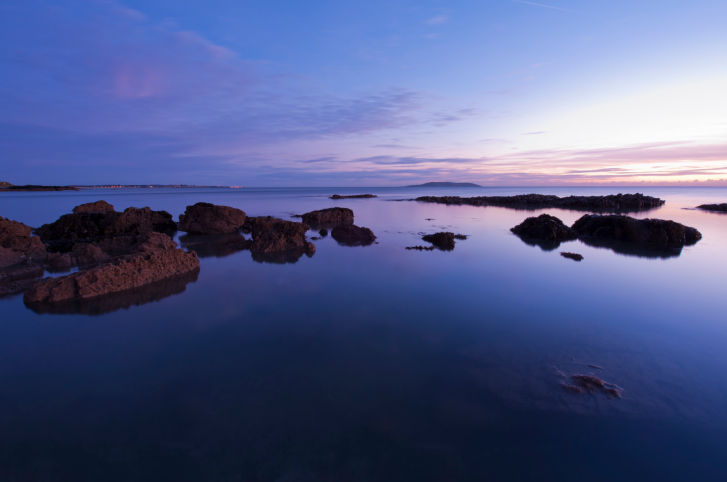 Clíodhna was an Irish goddess sometimes depicted as a banshee or even Queen of the Banshees (or Fairies, depending on the translation). However, she was also the goddess of love, perhaps because she was considered the most beautiful woman in the world. Unlike many other love deities, Clíodhna remained chaste, keeping her love locked away until she met the mortal Ciabahn—who, in a lucky coincidence, just happened to be among the most handsome men ever to have walked the Earth. Clíodhna loved him so much that she left Tir Tairngire, the land of the gods, to be with him.

However, when the other Irish deities found out about this, they conspired to get her back. While Ciabahn was away, Clíodhna was lulled to sleep by the music played by a local minstrel and was subsequently taken by a wave (the tide in the area is still referred to as “Clíodhna’s wave”). Depending on the source, she was either returned to Tir Tairngire or drowned in the sea. 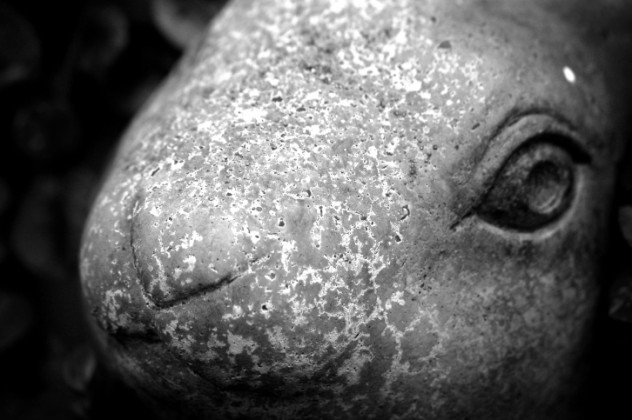 A relatively minor deity of Chinese mythology, Tu Er Shen—or Hu Tianbao, as he was known when he was mortal—is the god of homosexual love and marriage. Born during the Qing dynasty, Hu Tianbao found himself attracted to an official of the local government, spying on him naked through a hole in his bathroom wall. When his peeping was discovered, Tianbao was beaten to death. Moved by his unrequited love, the gods of the underworld took pity on him and restored him to life as the deity of homosexual relationships.

Perhaps because they were used as a slang term for homosexual men, rabbits are considered a symbol of homoerotic love in China, and Tu Er Shen is often depicted as a rabbit in the few shrines dedicated to him. Sadly, in many of the places where he is worshiped, homosexual activity remains a punishable criminal offense. 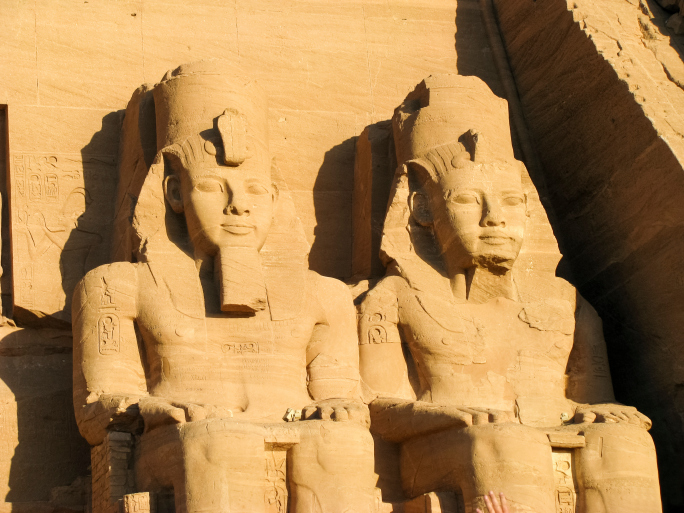 One of the most popular, and longest-lasting, of the Egyptian goddesses, Hathor was mentioned as early as the second dynasty (around 2890-2686 BC), and perhaps even before that. Since she survived for so long, Hathor took on a number of roles, including spells as the goddess of love, beauty, mining, and music. However, it was her time as the Eye of Ra which led to her most interesting stories. The Eye of Ra is the term Egyptians used for the feminine counterpart to Ra, a role filled by a number of goddesses, including Ra’s daughter, Hathor.

Found in King Tut’s tomb, a story known as “The Destruction of Mankind” tells of a time when Hathor, at Ra’s insistence, became the war goddess Sekhmet in order to punish humans for their sinful ways. When the bloodthirsty goddess got out of control, Ra tried to stop his daughter—but failed. Just before she killed every last person on Earth, Ra managed to get her drunk. Hathor immediately forgot what she was doing and returned to normal. In another, possibly equally disturbing story, she performed a striptease for her father in order to cheer him up. 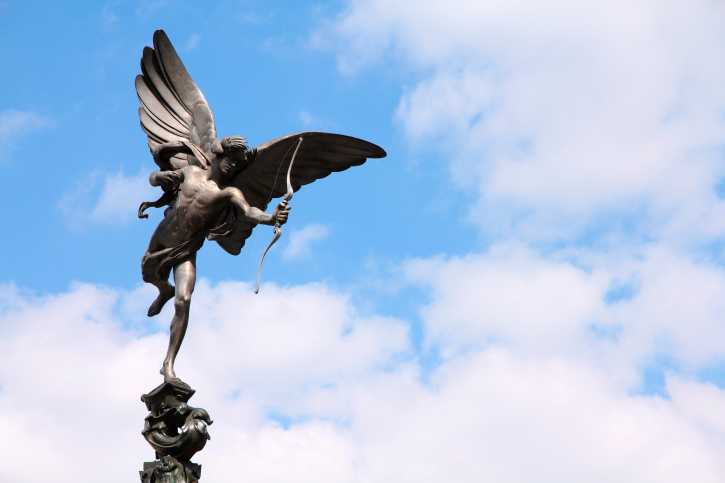 The Greek version of Cupid, Eros was Aphrodite’s son and the god of desire and attraction (although, he was sometimes depicted as one of the Protogenoi, or primeval gods). Much like his Roman counterpart, he often took the form of a young winged boy, complete with bow and arrow. He was fiercely loyal to his mother—although he was prone to fits of disobedience. That rebellious aspect of the god showed up prominently in his most famous myth.

A young woman named Psyche was born and proclaimed to be so beautiful as to be the second coming of Aphrodite. As was her nature, the goddess was angered and sent Eros to shoot her with her arrow and cause her to fall in love with the ugliest man on Earth as punishment. However, her beauty was so great that Eros fell in love and ignored his mother’s wishes, whisking Psyche away. Eros never revealed his identity but Psyche’s curiosity got the better of her and she peeked in on him when he was sleeping. Betrayed by his love, the god fled and Psyche wandered the Earth until Zeus agreed to let them get married. 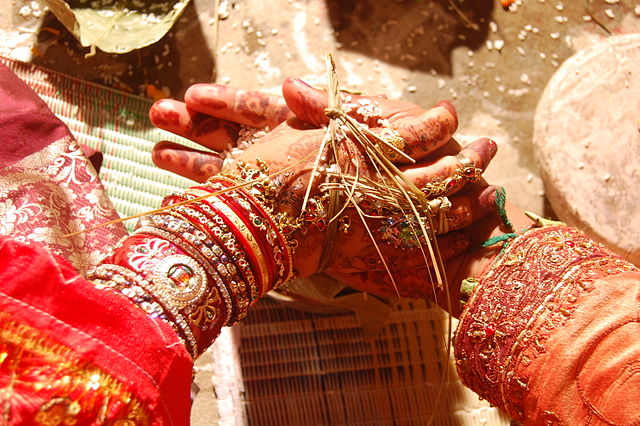 More popularly known as the wife of Kama, the god of love, Rati herself plays a large role in love and lust in Hinduism. With a number of names, most of which speak to her immense beauty, it seems obvious Rati would be the goddess of desire. Depending on the source, she is the daughter of either Daksha or Brahma. In the case of the latter, she was the reason for the god’s suicide, after he lusted after her. Rati immediately killed herself as well (they were both quickly resurrected).

But Rati’s biggest claim to fame was successfully changing Shiva’s mind. The Destroyer, sworn to ascetic ways after his first wife’s death, had been forced to fall in love again. In revenge, he killed Kama, turning him to ash with his third eye. The best known version of the story has Rati persuade Shiva to revive her husband, with the caveat that Kama is to be invisible for eternity. 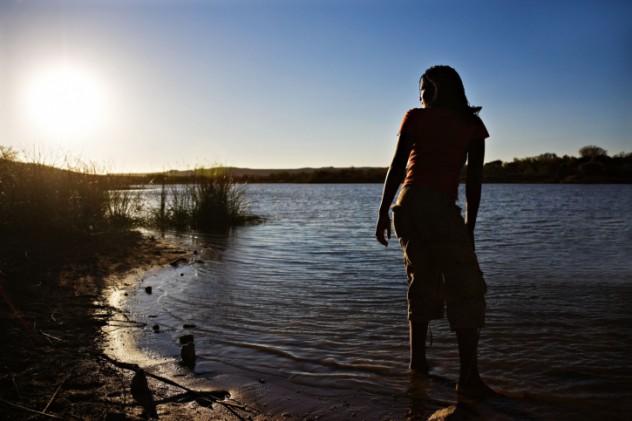 Due to her reputation for complete purity, Oshun is also often associated with fresh water, an extremely important resource for the people of Western Africa. In addition, she also protects women and children during childbirth and is also seen as a protector from diseases, especially smallpox.

The god of married love, Hymen was a lesser-known god of the Greek pantheon. Either the son of Apollo and a Muse or Dionysus and Aphrodite, he led a charmed life thanks to his beauty, until he fell in love with a unnamed maiden, who didn’t feel the same way. While Hymen was trying to court her, she was kidnapped by pirates, along with a number of other young women (some versions of the myth even have Hymen taken by the pirates because his beauty made them mistake him for a woman).

Whatever the reason, Hymen found himself on the ship and killed the pirates, saving the girls, and convincing his love to marry him. Their marriage was so successful that it became the ideal to which every Greek couple aspired—his name was included in the wedding songs in order to invoke his blessing. 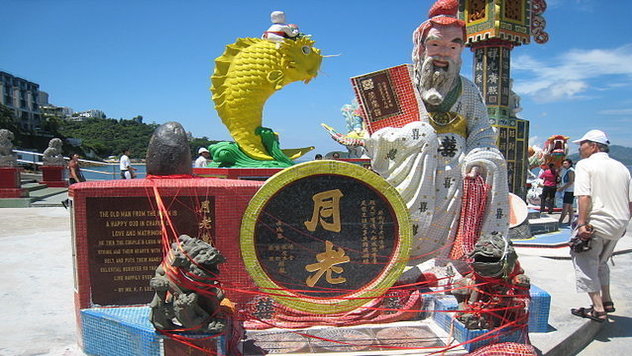 Yue Lao, otherwise known as “The Man under the Moon,” is a popular figure in Chinese mythology, as he is the matchmaker and overseer of heterosexual marriage. Widely connected with the red thread of destiny, Yue Lao is often seen as benevolent deity, binding two people’s hearts together in love and marriage.

The best known story involving Yue Lao is that of Wei Gu and his quest to find a wife. After years of unsuccessful attempts, Wei Gu came upon Yue Lao reading from the book of marriages. Insisting he know who his future wife was, Wei Gu was shown a vision of an old woman with a young child, living in poverty. Distraught that the old woman was to be his wife, Wei Gu ordered his servant to kill the young child, though she escaped serious injury. After years passed, he finally found a suitable wife and noticed she had a scar. When Wei Gu asked about it, he was astonished to find that she had been the young child he tried to have killed (although he probably never told her; some secrets are best kept hidden). 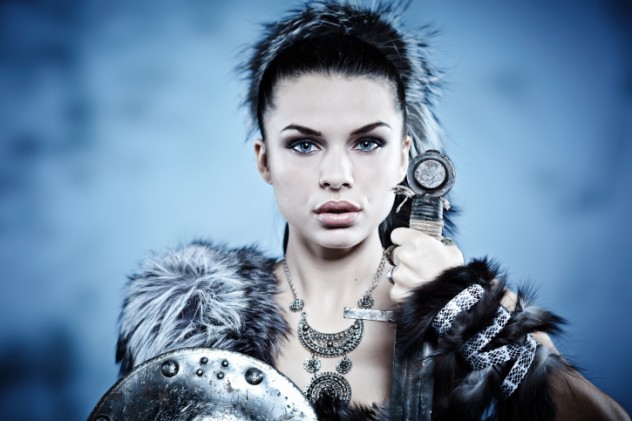 Freyja, which translates as “lady,” had a number of roles in the Norse belief system. As well as the goddess of love, she was Queen of Fólkvangr, a place similar to Valhalla, where half of those who died in battle would go after death. However, unlike most of the other deities on this list, Freyja had a vicious bad side, full of greed, jealousy, and evil deeds. Among other things, she’s credited with teaching witchcraft to humans, a practice seen as evil by the Norse.

She was often at odds with Loki, who sought to torment the goddess and steal items from her, including her famed necklace Brísingamen, which was later retrieved by Heimdall. In addition, Freyja would constantly scour the Earth for her husband, who would go missing from time to time, crying tears of red gold as she searched. She did have one tremendous advantage over the other deities on this list—her favored mode of transportation was a chariot pulled by cats.