When winter comes and the temperature starts to drop, people the world over take steps to avoid coming down with a seasonal bug. But it’s important that we take proper care of ourselves at all times, no matter what the season. Unfortunately, there is a lot of misinformation out there when it comes to some of the most common public health concerns. For instance, many people wrongly believe that . . .

10 The FDA Approves All New Chemicals 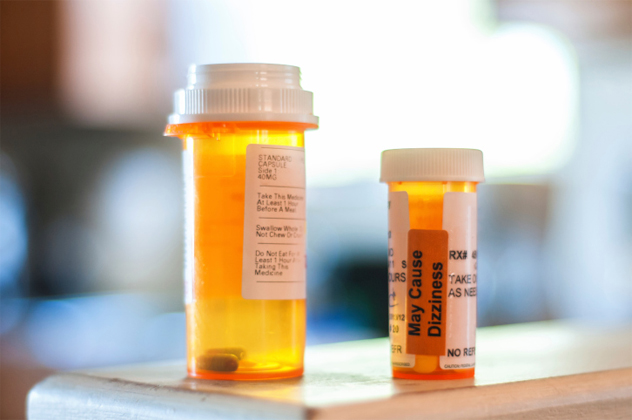 Most people are under the impression that before any new or dangerous chemicals are allowed on the market, the FDA tests them at least somewhat before giving their stamp of bureaucratic approval. Unfortunately though, despite this being the FDA’s job, things don’t always turn out the way they are supposed to. For example, triclosan, the main ingredient used in most antibacterial products, was never actually vetted by the FDA at all. The problem is that many products were already on the market before certain regulations required the vetting process, so there are sometimes delays.

However, the delay on triclosan is almost unforgiveable as it has taken the FDA almost 40 years and they still haven’t ruled on this controversial chemical. While the activists would argue that it simply needs to be banned, the more ridiculous part is simply that the organization still hasn’t given an official opinion. Besides that example, there are tons of drugs that make it through the FDA with barely any research or testing to back up their effectiveness.

9 Antibiotics Are Helpful Against The Flu 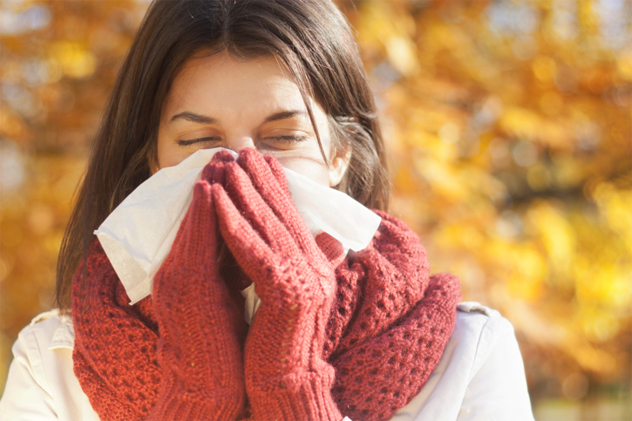 While many young people can be fairly blasé about getting sick, the parents of young children are often very concerned. This parental concern is perfectly understandable, but it can lead to overreactions that are bad for society as a whole. Often, parents will see that their little tyke is sick and take them straight to the doctor, hoping for some antibiotics to nip the problem in the bud.

Unfortunately though, there are many situations and illnesses where antibiotics won’t be any help at all, and this includes the flu. If antibiotics are taken when they are not needed, people can build up a resistance to them—which is absolutely a bad thing; specific antibiotics are used to fight certain bacteria and are not used to treat most common colds or flu-like illnesses—which are typically caused by viruses.

8 Antibacterial Soap Protects You From Germs 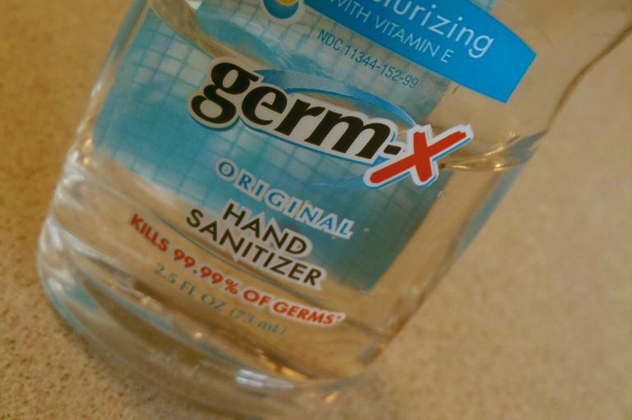 Many people have now started using antibacterial soaps religiously to make sure that germs never have a chance to get a foothold. However, what they may not know is that no matter what you do there will always be germs on your hands, and that is actually by design. Antibacterial soaps kill everything—even the good bacteria that naturally live on your skin.

Now, it’s easy to look at that situation and get the impression that as long as the bad guys go down with the good guys, it’s all worth it—but no proof has been found that antibacterial soaps are really doing us any good at all. To make matters worse, some analysts even think antibacterial soaps may be leading to the formation of more superbugs, which make it harder for doctors to treat the people who actually require antibiotics.

7 You Can’t Get Chicken Pox Twice 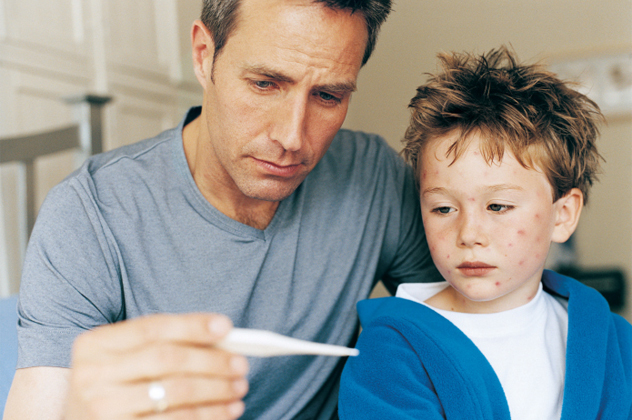 One of the most popular myths out there involving disease is the one centered on chicken pox, which says that once you get it, you’re done with it forever. Many parents have long believed that if a child gets chicken pox when they are young it will protect them from having shingles in the future, because they can only have it once. There are even parents who arrange chicken pox parties so that all the kids in the neighborhood can get their dose in one fell swoop. If your kid can’t make it, you can get an infected lollipop sent to you through the mail.

Unfortunately, these people are likely hurting their kids much more than they are helping them. See, chicken pox is actually known to scientists as herpes zoster, and as you may know, herpes likes to keep coming back. What this means is that not only can those who have had chicken pox as a kid get shingles as an adult, but they are actually more likely to. Furthermore, in the late 90s a vaccine for chicken pox was invented that is believed to not only help prevent chicken pox, but also make shingles less likely to rear its ugly head later in life. Unfortunately, it’s rarely used because parents think it’s good for their child to get chicken pox at a young age. 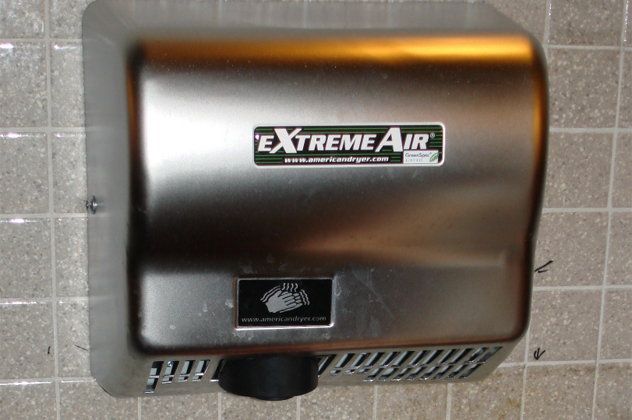 One commonly held belief is that hand dryers are a huge vector for disease. The argument goes that they blow germs all over the place and that the warm, moist ventilation systems are a great cultivating ground for all kinds of bacteria. The other, more visceral argument against hand dryers is that in many cases paper towels are taken out when they’re installed, and that leads to more surfaces that you have to touch with your bare hands.

Regardless, there actually is a certain level of truth to the hand dryer belief. The dryer can indeed harbor bacteria under the right conditions, and some studies have shown people whose hands had more bacteria after using a hand dryer for this very reason. However, the truth of the matter is that hand dryers aren’t really causing any actual health concern. The bacteria that would tend to hide in a hand dryer is relatively benign and unlikely to cause you any real trouble. The real villain, according to experts, is inadequate (or nonexistent) hand-washing.

5 Face Masks Protect You From Disease 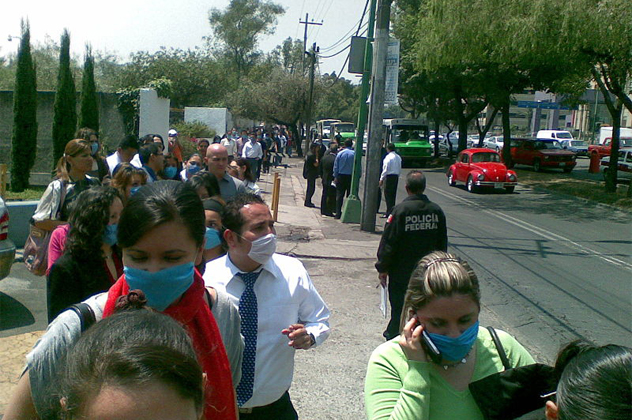 During the height of the swine flu vaccine, we all saw some pretty strange things. There were the people who thought that you could get the disease from eating pork products, and then of course there were the ones who decided to be extra prepared, and went everywhere in public wearing a surgical mask. What’s a little embarrassment when you’re safe from the largest pandemic of the season?

Well, here’s the bad news: Those masks aren’t really created to save you from germs while you do your errands, and won’t stop you from getting sick. However, the good news for everybody else is that they will contain your germs, which will prevent you from getting others sick. The most appropriate use for a surgical mask is if you are trying not to give everyone else the swine flu you already contracted. 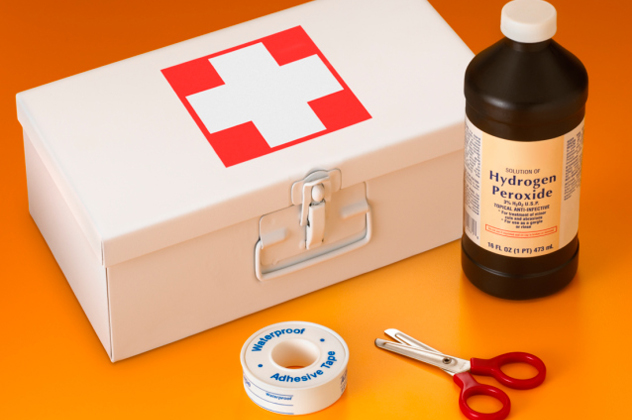 Many people keep hydrogen peroxide in their medicine cabinet to disinfect wounds, but it turns out that they may want to replace it with something—or just get rid of it altogether. Hydrogen peroxide bubbles when you put it on a cut and it stings like crazy, so people assume it is doing something significant. As it turns out, it probably is doing something significant; unfortunately, what it’s doing isn’t really that good for you.

Scientists wanted to see if the common claims about hydrogen peroxide were true, so they did some science stuff and discovered that it likely isn’t effective at all for disinfecting cuts and scrapes. But it gets worse. Remember that bubbling we mentioned earlier and how hydrogen peroxide was doing something significant? Well, it turns out that hydrogen peroxide can actually damage the skin cells and make your wound heal even slower.

3 You Shouldn’t Swim After You Eat 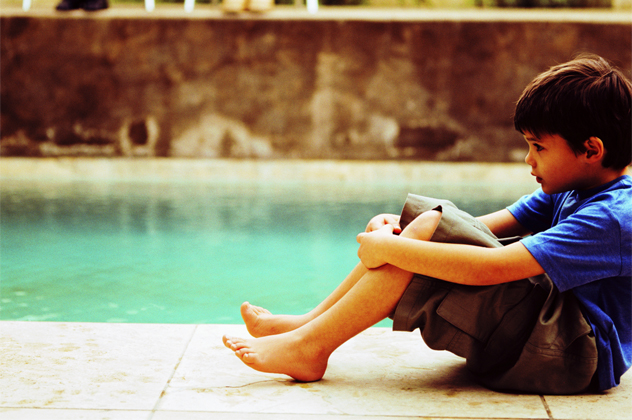 One of the most commonly held beliefs is that you shouldn’t swim for a certain period after you eat, or you might get a serious cramp and drown. The amount of time varies depending on what parent is telling you about this important rule, but the general idea is always the same. However, it turns out that this bit of common wisdom is nothing more than a nonsensical folk tale.

For starters, there haven’t ever been any confirmed drowning deaths caused by someone getting a cramp because they didn’t wait long enough after eating. More importantly, there’s strong evidence that the whole thing is patently ridiculous. It’s a debate whether you could even get a stomach cramp that way in the first place, and it’s been pointed out that a slight cramp is hardly anything dangerous for a competent swimmer. If anything, you can always float—in other words, it’s not going to kill you.

2 Multivitamins Are Great For Your Health 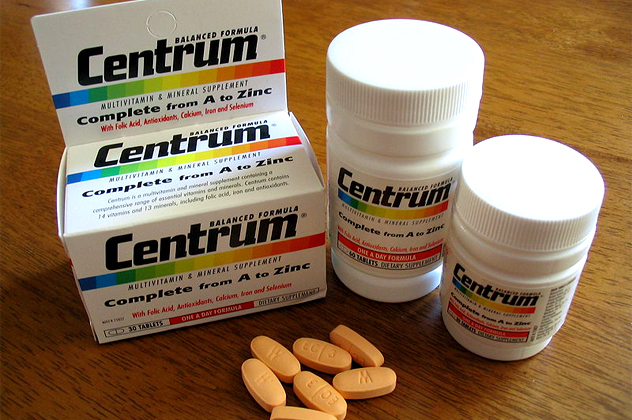 One thing that has swept the United States in particular in recent years is the diet craze. Now, while it may seem good that Americans are finally paying attention to the obesity problem and other health concerns, sometimes the steps taken are not necessarily the right ones. As part of the road towards healthier living, many Americans consume multivitamins or other supplements on a regular basis. It may seem like these people are ahead of the curve when it comes to taking care of their health, but the truth is that they probably aren’t doing anything beneficial.

Plenty of studies have been done on multivitamins, and all the results concluded that they were no more effective at preventing heart disease or cancer than a placebo. In one study, it was found that some people who took multivitamins actually died younger. The problem, according to researchers, is twofold. To begin with, the supplement industry is very poorly regulated, so it’s really impossible to know if that vitamin really contains what it claims. And even if it did, many doctors are against the idea of people with a generally healthy diet taking multivitamins. The problem is that if you are already getting enough nutrients, the multivitamin may lead to you having too much of some nutrients, which can lead to health complications.

1 Mobile Phones Are Dangerous In Hospitals 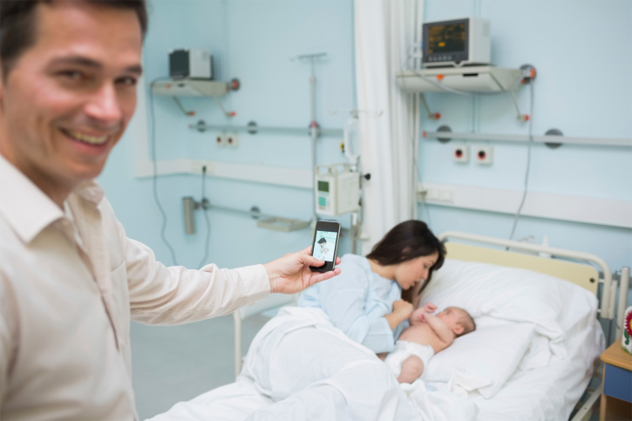 In many hospitals you are forbidden to use mobile phones or devices in patient areas; in some hospitals, they’re banned completely. The reason for this is because your phone signals can cause all sorts of electromagnetic disturbance and wreak havoc on life-saving hospital equipment. However, government representatives in the UK recently made it clear that the blanket ban is totally not necessary.

The truth is that many studies have been done on the possible interference between phones and medical equipment, and the results aren’t nearly as bad as anyone might have expected. The studies that used realistic models found almost no interference at all unless the phone was right up next to the equipment, and there are no confirmed deaths due to mobile phone interference. Now, this doesn’t mean that no caution should be taken—after all, the studies showed that very slight interference could be caused at extremely close range. For this reason, many health experts still think that they should at least be kept away from operating areas and the most important equipment.

The author is currently residing in another dimension and cannot be reached for comment.