Politicians are supposed to be paragons, champions of the ideals which their constituents hold. Often, however, their humanity gets in the way and they become embroiled in scandal. And sometimes the situations they find themselves in are also hilariously stupid. 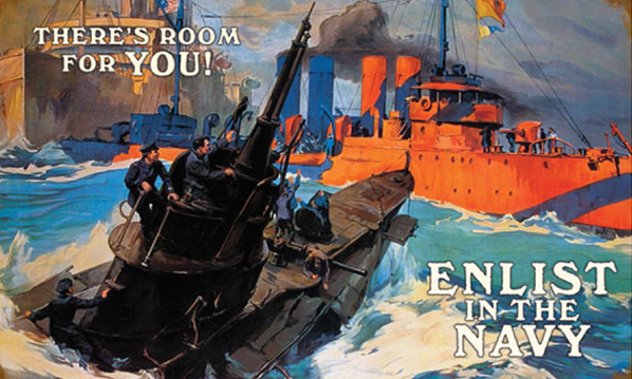 In 1919, the city of Newport, Rhode Island had quite the reputation for homosexuality. It had a naval training base, with a group of sailors dressing in drag and calling themselves “the Ladies of Newport.” It was because of these allegations that the assistant secretary of the Navy, Franklin Delano Roosevelt, was forced to send undercover agents to investigate the town. Thirteen different men attested to the secret homosexual behavior going on between the civilian and military population and many of the sailors were arrested as a result.

What caused public outrage was the method of investigation: In order to prove the identity of suspected homosexuals, the undercover agents, who were chosen on the basis of their youth and good looks, would have sex with their targets. Eventually, the results became public knowledge and the Navy was embroiled in scandal. Roosevelt was officially reprimanded by the Senate as a result, but the fiasco quickly faded from the public consciousness, thanks to the uncomfortable nature of the topic. 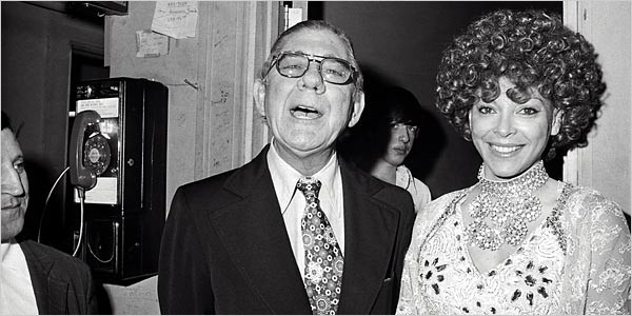 Wilbur Mills was a lifelong politician, serving as a Democrat in the House of Representatives for 38 years and as chairman for the House Ways and Means Committee for 17 years, the longest tenure in the history of Congress. (This committee is responsible for all taxations, as well as a number of social programs.) Routinely called “the most powerful man in Washington,” Mills even considered a run at the presidency, a decision which would never come to fruition after the events of October 9, 1974.

Mills was pulled over by police at 2:00 AM because he had neglected to turn his headlights on. When the officer came up to his window, Mills was obviously drunk, with scratches on his face. They were caused by his female passenger, an Argentinean stripper known as Fanne Foxe (or “the Argentinean Firecracker”) who had fled the vehicle and fallen into the nearby Tidal Basin. (There were a number of other people in the car as well.) He was reelected just a month later, and decided to celebrate at a burlesque house where Foxe performed. Because of this scandal, and his alcoholism, Mills was taken off the Ways and Means Committee and never served another term in Congress. 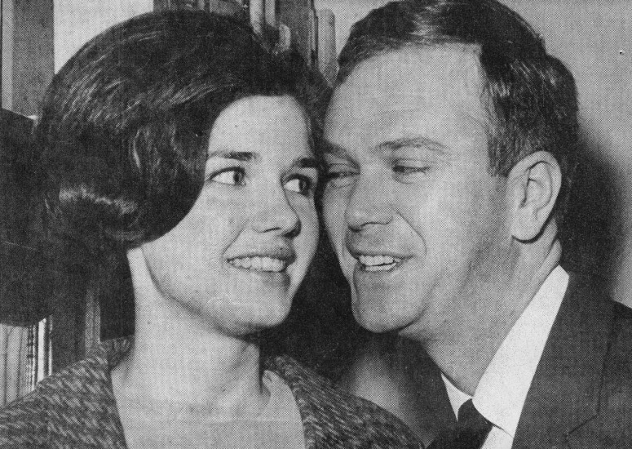 With the greatest political name since Dick Armey, Bob Packwood was a Republican senator from Oregon who served in Congress for nearly 30 years. For years, rumors of his sexual harassment had swirled throughout Washington D.C., but the era in which he lived meant the allegations normally got swept under the rug. Long considered a political muscleman, capable of pushing through legislation deemed impossible by others, Packwood and his political life took a nosedive after an enormous number of women came forward, accusing him of a campaign of sexual harassment spanning his entire career.

Perhaps the most damning piece of evidence brought forth in the months that followed was a diary, in which Packwood detailed nearly every single interaction he had with his accusers. In addition to the sometimes graphic entries on sexual harassment, he also got in hot water over a number of details about kickbacks and bribes. After having his diary subpoenaed by the Senate Ethics Committee, Packwood eventually resigned. Before handing over the writings, Packwood tried to edit the most incriminating passages, but, unable to help himself, detailed that fact later in his diary.

7 Earl Butz And His Dirty Jokes 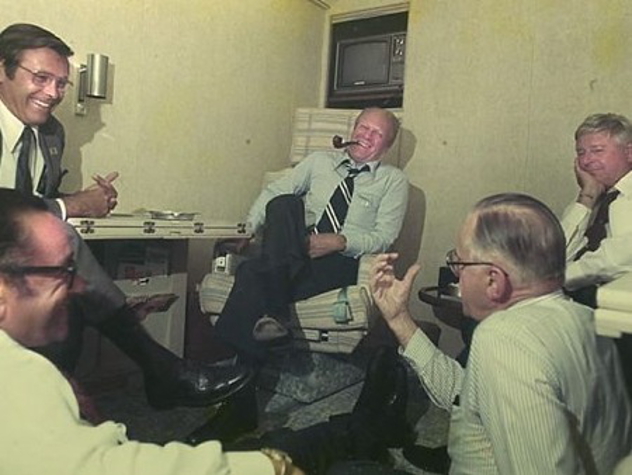 Perhaps the most well-known Secretary of Agriculture in American history, Earl Butz (pictured lower right) was seen as both a savior of agricultural business and a demon for small farms. One of his most visible faults was his penchant for racist jokes and risqué behavior. (He used to keep a wooden carving of two elephants having sex in his Washington office.) His first public criticism came after he mocked Pope Paul VI for his stance on birth control: In an exaggerated Italian accent, Butz quipped “he no playa the game, he no maka the rules.” He only apologized after being rebuked by President Gerald Ford.

The joke that finally pushed public opinion over the edge was one he told on a flight during the 1976 presidential election. The singer Pat Boone was on the flight with him, along with Sonny Bono and John Dean, a key participant in the Watergate scandal. Boone asked Butz why he thought the Republicans had such a hard time attracting black people to their party. Butz replied with this: “The only things the coloreds are looking for in life are tight p***y, loose shoes, and a warm place to sh*t.” Only a few days after news of the joke spread, Butz resigned from office. 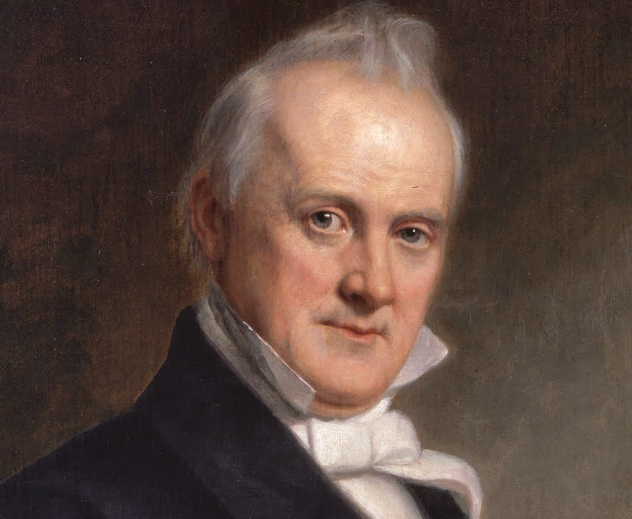 The 15th President of the United States, James Buchanan, was the only president to be a lifelong bachelor, leading many to wonder about his sexuality. Dubbed “Aunt Nancy” by Andrew Jackson, Buchanan was often the target of ridicule by his contemporaries. One other man also drew the ire of their fellow politicians: William Rufus King, Buchanan’s close friend and the vice-president under Franklin Pierce. Called “Miss Fancy” and said to be a future “wife” of a president, King met Buchanan in 1834 and the two eventually moved in together, living that way for many years.

Buchanan only had one heterosexual relationship in his life, which ended in the tragedy of his fiancée’s suicide, and critics cruelly used that as ammunition in claiming Buchanan was homosexual, especially with King. The truth will probably never come out, as the letters Buchanan and King wrote to each other were burned when Buchanan became president.

5 Douglas R. Stringfellow And His Legs 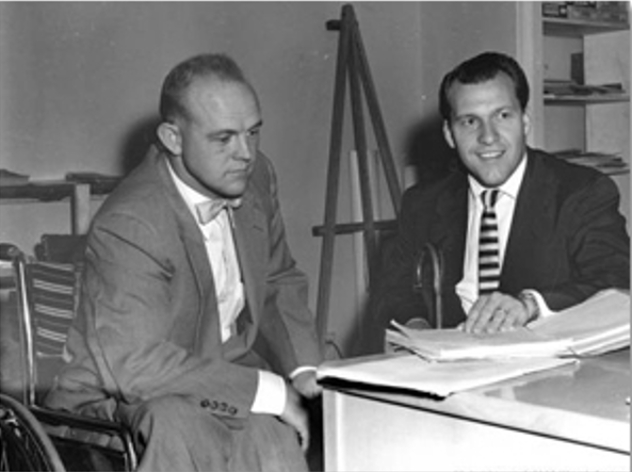 A guest on the popular television show This is Your Life during the 1950s, Douglas R. Stringfellow (pictured right) was also a World War II veteran, serving for only a short time before losing the use of his legs in a mine explosion. He was also a one-term Congressman, elected, in no small part, due to the tales of his military exploits. Stringfellow claimed to have been an OSS agent, tasked with parachuting into Germany and kidnapping the nuclear physicist Otto Hahn. The mission then went awry, leading to his capture by the Gestapo, who tortured him, which he said was the real cause of his paraplegia. Stringfellow said he was then transported to the Belsen concentration camp, which he later escaped.

Nine months after recounting the story on television, Stringfellow’s lies unraveled. First, the Army Times revealed the story was completely false. In addition, it was also revealed that Stringfellow was not really paraplegic; he could walk quite easily with the use of a cane. Two days later, his political career was over, as he announced he would not seek reelection. 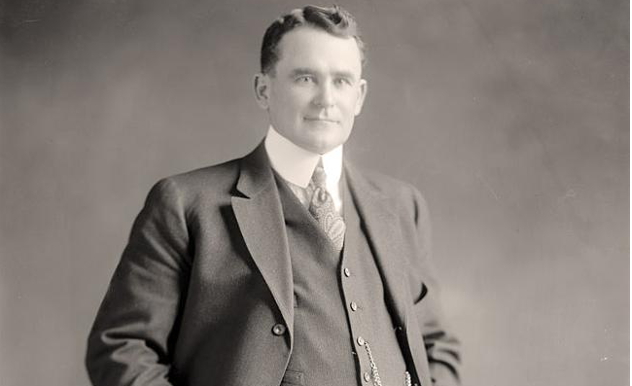 Thomas L. Blanton was a Democratic congressman from Texas. He served from 1917 to 1937, with a few gaps in between. He is best known, perhaps only known, for a profane letter he wrote and the censure he received as a result. The Congressional Record is basically a compilation of everything that goes on during their sessions and Congressmen can insert documents into the Record if they feel it necessary. This was where Blanton entered a text which was called the “most indecent letter” that had ever appeared there.

Containing a number of curse words and other objectionable language, it was immediately censored and Blanton was brought before the House to apologize. However, he instead tried to defend himself and his colleagues voted to censure him, with a vote to expel him failing by only a few votes. Blanton claimed the obscenities were necessary to show the bitterness expressed by union printers toward their non-union counterparts in government workplaces. 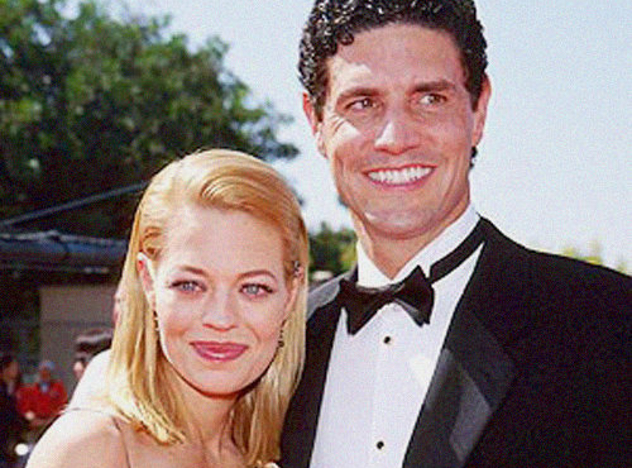 The Republican opponent of Barack Obama in the 2004 Illinois Senate race, Jack Ryan, was also the ex-husband of actress Jeri Ryan. (She was best known for her role as Seven of Nine on the TV show Star Trek: Voyager.) During the race, numerous media requests to unseal their divorce documents were put forth after rumors of salacious details emerged. His ex-wife alleged that Jack Ryan, on a number of occasions, would claim he was taking the two on a romantic getaway, only to surprise her with a twist: their actual destination was a sex club.

Pressured by her husband, Jeri Ryan said she was taken to nightclubs where mattresses were laid out and she was asked to have sex with Jack Ryan in front of a number of patrons. Some of the establishments were said to have had cages and whips hanging from the ceilings. Jack Ryan vehemently denied the accusations, claiming his wife was making it all up because they had been going through an intense custody battle. Nevertheless, he withdrew from the race shortly after. 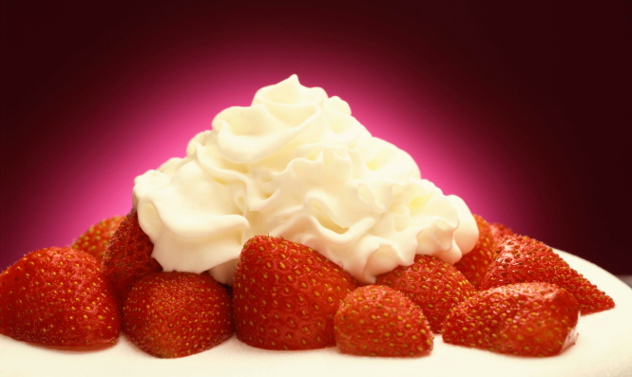 Congressman Bob Barr is perhaps best known for being one of the leading Republicans pushing for the impeachment of President Bill Clinton for his role in the Monica Lewinsky scandal. Sensing a chance for publicity, Larry Flynt (of Hustler fame) decided to offer money to anyone who could bring proof of a sexual scandal involving a Republican member of Congress. A number of people were caught up in the fallout, but Barr’s really stands out.

At a charity event in the early 1990s, Barr was seen by a number of people licking whipped cream off the nipples of two buxom ladies. Supporters of Barr claimed that he wasn’t really licking their breasts—it was their necks. And anyway, it was all in fun, because the event consisted of a number of dares that the business and civic leaders performed to raise money. Flynt claims it was this scandal, as well as a few more he uncovered, that led to Barr being defeated in his next election. 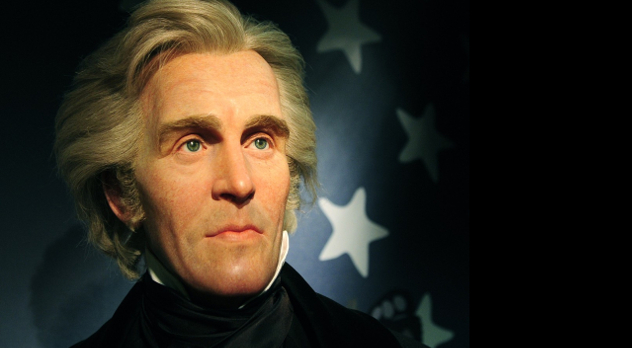 Andrew Jackson was the seventh President of the United States, serving during the first half of the 19th century. He was also quite the departure from the more reserved men who came before him, enjoying the company of prostitutes and inviting the public into the White House. Scandal followed him throughout his two terms; however, one of the scandals was more or less “high school” in nature and is known as the Petticoat Affair.

Jackson’s first wife, Rachel, had been married to a man with whom she was unhappy when the two of them fell in love. In fact, they may have unofficially married before her divorce was final, leading to charges of bigamy, which Jackson felt contributed to Rachel’s early death before his inauguration. The campaign was extremely personal and he said he could forgive those who insulted him, but not those who insulted his wife. When his friend (and his Secretary of War) John Eaton came to him, telling him that the other wives of the Cabinet members were throwing shade on his wife as well, Jackson felt like he had to do something. (The women resented Eaton’s wife for perceived social differences, as well as the fact that Eaton married her so soon after his first wife died.)

This had numerous, long-lasting implications because John C. Calhoun, the Vice President, and Martin Van Buren, the future President, both wanted to succeed Jackson. Due to Van Buren’s defense of Eaton’s wife (he was a bachelor and wasn’t pressured by his wife like Calhoun), he was made the Vice President during Jackson’s second term, which helped further his political career. Calhoun was a staunch supporter of slavery and the whole later half of the 19th century may have turned out differently had his wife been a little bit nicer.