It was Winston Churchill who supposedly once said, “Democracy is the worst form of government, except for all the others.” He meant that, despite all of democracy’s flaws, you don’t get the flagrant abuses and corruption inherent in other systems.

And he was right. After all, it’s not like you’d ever hear about a leader in the free world putting out a hit on a journalist or handing out diplomatic immunity to prostitutes or blowing taxpayers’ money on plush furnishings like some French king. Would you? 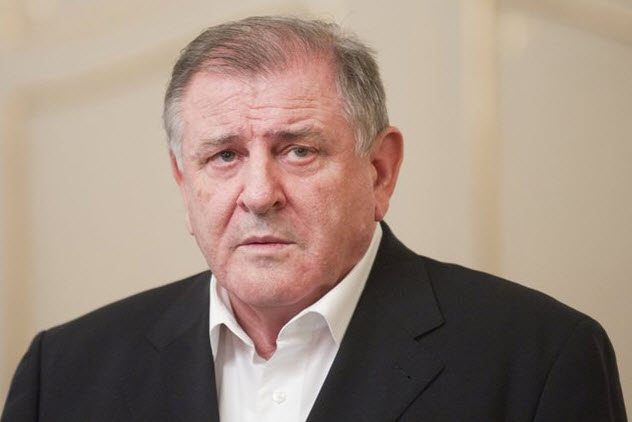 It’s a question that has vexed many leaders in democracies: What to do when you fall out with the nation’s constitutional figurehead? In 1995, Slovak Prime Minister Vladimir Meciar came up with a practical solution to that very problem. He had the secret service kidnap President Michal Kovac’s son, torture him, dump him in Austria, and then frame him for fraud.

Dodgy as this is, it’s got nothing on Meciar’s next move. When President Kovac died shortly after the kidnapping, Meciar was temporarily made both president and prime minister of Slovakia. He used the position to issue presidential pardons to himself and anyone else involved in the kidnapping.[1]

In total, 13 people were given lifelong amnesties by Meciar, and guess what? The courts couldn’t constitutionally do anything about it. It wasn’t until April 2017 that the Slovak parliament finally voted to annul the amnesties. As of early 2018, no one has been arrested. 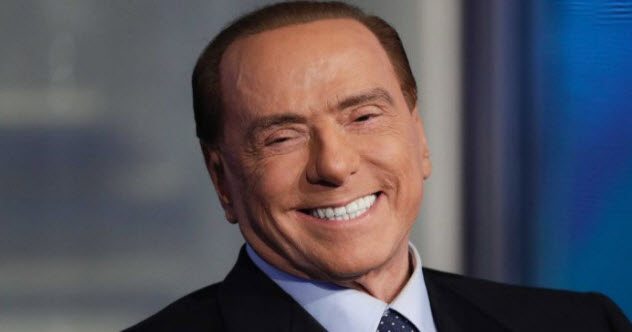 Silvio Berlusconi was the real-life answer to the question: “What would happen if you took a drunken clown and made him the most powerful man in Italy?” The former prime minister was so openly corrupt and so openly involved in so many sex scandals that it’s tempting to think he couldn’t do anything that would shock voters. However, there was one time that even Berlusconi went too far—when he tried to claim diplomatic immunity for an underage prostitute.

Berlusconi himself telephoned the local police station and demanded her release. His reasoning was that Ruby was related to the then-Egyptian president Hosni Mubarak and therefore had diplomatic immunity. Needless to say, Ruby wasn’t even Egyptian. (She came from Morocco.)[2] 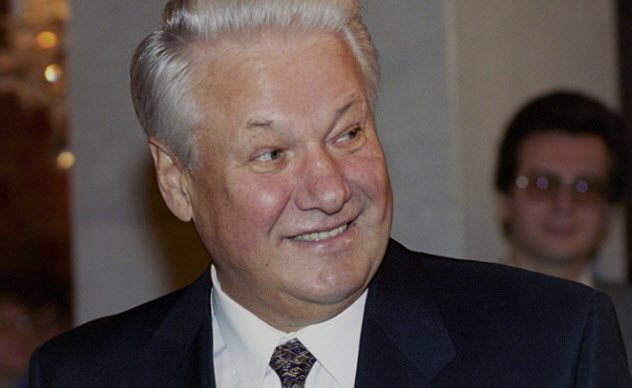 If you know anything about former Russian leader Boris Yeltsin, you know that he liked to be the center of attention. Just see that classic video of him drunkenly leading a military parade in Germany if you need proof.

But while Yeltsin’s narcissistic tendencies made him seem like a harmless old drunk to those in the West, they took a more sinister turn back home in Russia. Such as that time that Yeltsin deposed five prime ministers in 13 months for stealing his spotlight.[3]

That’s an average of one new PM every two and a half months, a length of term that even William Henry Harrison would consider unfairly short. As obituaries later noted, there was no real political reasoning behind Yeltsin’s moves. He was simply jealous of someone else getting the attention and had the constitutional powers to fire them.

Say what you like about Vladimir Putin, but at least he knows how to hold onto his PMs. 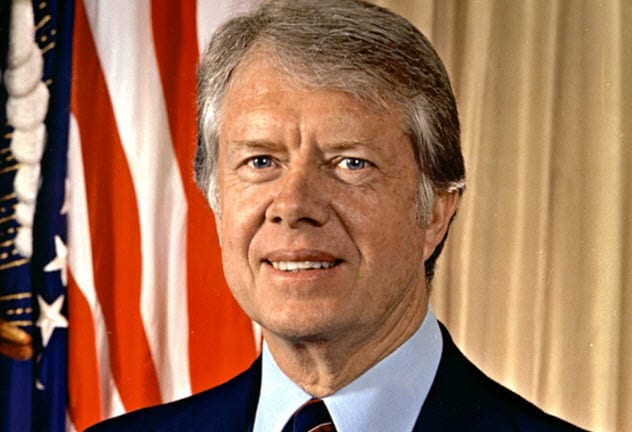 George H.W. Bush pardoned the generals at the center of the Iran-Contra affair. Bill Clinton pardoned a wealthy tax dodger whose wife just happened to give to the Democratic Party. But perhaps none has been as controversial as Jimmy Carter’s pardoning of Peter Yarrow. Handed the pardon on Carter’s last day in office, Yarrow was guilty of molesting a 14-year-old girl.

Aside from the obvious reason, the pardon was super-controversial because Yarrow was famous as a folk musician, a genre Carter liked. You’ve probably even heard one of his songs. He wrote “Puff the Magic Dragon,” a children’s song you’ll now never be able to hear again without feeling faintly sick.[4]

It was rumored that Carter hadn’t pardoned Yarrow because he felt a burning injustice had been committed but because he liked Yarrow’s music. Still, it’s not like Carter lacked experience with controversial pardons. One of his most notorious acts was to pardon Vietnam draft dodgers. 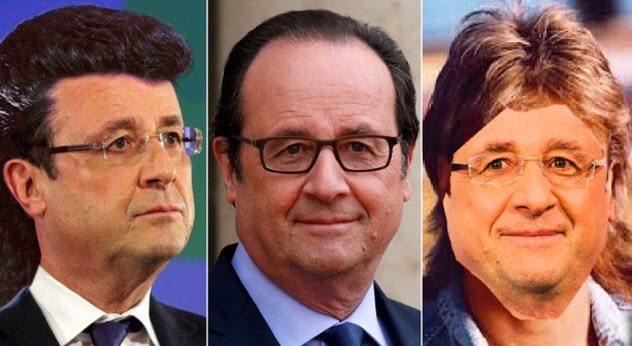 When Francois Hollande ran for the French presidency against Nicolas Sarkozy, he did so under the nickname “Mr. Normal.” Keep this in mind as you read on because it will make everything so much funnier.

Barely had Hollande hit the 100-day mark in the presidency than reporters discovered what Mr. Normal had been blowing tens of thousands of euros of public money on: cushions. Specifically, luxury cushions tailor-made for his supposedly normal backside.

Given how profligate Sarkozy was, the French public had been expecting Hollande to dial back the spendthrift ways. Instead, he just kept on finding crazy new ways to blow taxpayers’ cash.

During Hollande’s last days in office, it was revealed that he had kept a personal hairdresser on retainer at $14,000 a month—a salary higher than most government ministers. If you’ve never seen a picture of Hollande before, now’s the time to mention that he’s mostly bald.[5]

It’s probably also time to mention that he was supposedly a socialist president. Sheesh. No wonder his party got a drubbing in the 2017 elections. 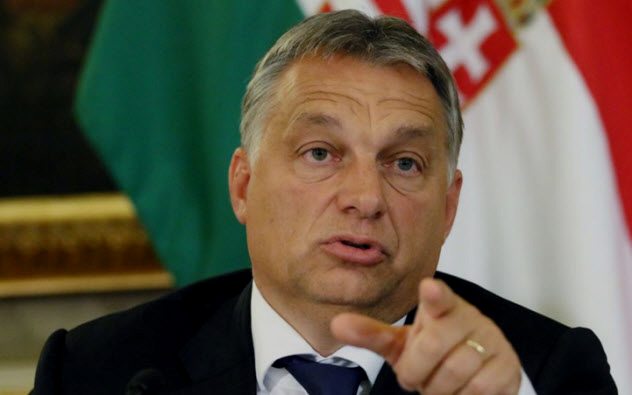 Hungarian Prime Minister Viktor Orban is a guy who loves soccer. He loves it so much that he’s spent his years in power diverting millions upon millions in public funds to constructing new soccer stadiums all over the country.

Perhaps not too bad an idea you might be thinking, and you could be right—if Orban was building them in places that needed them. But he’s not. These new stadiums are turning up in remote villages that don’t have a cat in hell’s chance of filling all the seats.[6]

Most hilariously, the locations include Orban’s old home village, which now houses an architecturally revolutionary stadium of more than double the capacity of all the surrounding towns and villages. To fight off accusations of waste, Orban has been forced to drive pretty much the entire government out there from Budapest most Saturdays to watch his local teams play.

Frustrated ministers say that it’s the only time you can guarantee getting an audience with the taciturn PM. But even then, he’ll probably ignore you in favor of the soccer.

4 Richard Nixon Puts Out A Hit On A Journalist 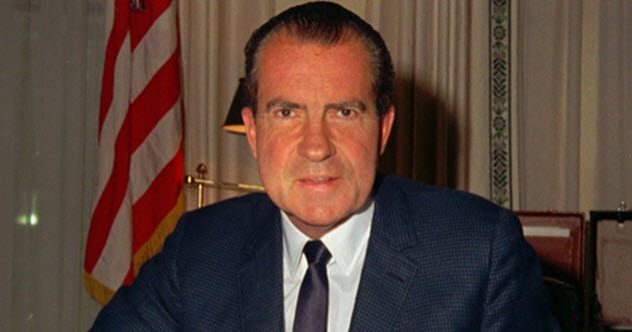 Journalists make a lot of fuss today about the antagonistic relationship that President Trump has with the press. But the Trump/media relationship is only dysfunctional compared to his immediate predecessors.

Go back to the early 1970s, and the Nixon White House was openly at war with the press in a way that was barely a metaphor. The FBI was being used to dig up dirt on journalists, news networks were threatened with having their licenses revoked, and, to top it all off, the president himself was considering assassinating a reporter.

The reporter in question was Jack Anderson, an outsider muckraker who was like a cross between Perez Hilton, Steve Bannon, and Fire and Fury author Michael Wolff. Not only did he badly break journalistic ethics to get a story out, he also had dirt on Nixon that could’ve seen him impeached.[7]

So Nixon asked his infamous plumbers to “fix” Anderson. The plumbers took that to mean “kill” and began working with the CIA to devise accidents in which Anderson could be offed. The only reason that the plan was discarded was because the plumbers were reassigned to break into the Watergate Hotel. 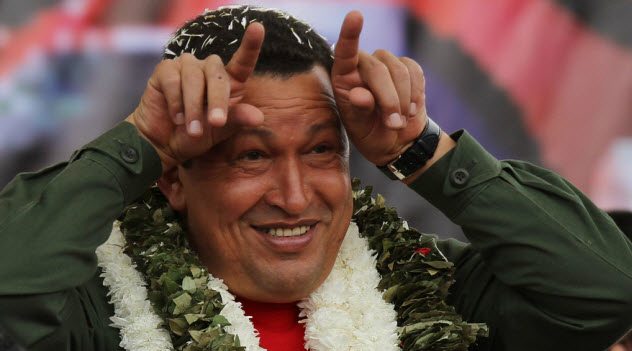 In the early days of his reign, Hugo Chavez was technically leading a democracy. A flawed one, sure, but not the full-blown dictatorship that his successor would turn it into. Which is what makes Alo Presidente so fascinating.

This was a TV show that Chavez had commissioned for himself after he was made president. It aired weekly and involved camera crews following Chavez around for four hours. The format was anything but simple. As the cameras rolled, Chavez would make up national policy based on whatever floated into his head.[8]

If that sounds nuts, you’re not even imagining the half of it. One popular section involved Chavez marching around Caracas, pointing at various small businesses and private property, and shouting “Expropriate!” like a malfunctioning Dalek. In another, viewers would call in and the president would solve their problems, often in the most wasteful way possible.

The strangest segment came in the mid-2000s when someone asked him a question about Colombia’s recent bombing of a FARC target in Ecuador. Chavez responded by effectively declaring war on Colombia. Bloodshed was only avoided by hasty intervention on the part of the Latin American Rio Group. 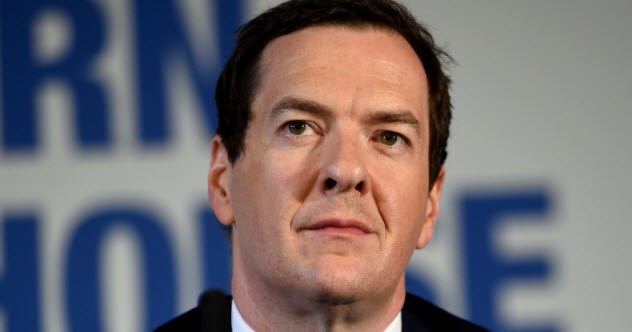 High Speed 2 (HS2) is the ongoing British attempt to emulate China’s high-speed trains. It’s one of the most expensive infrastructure projects in British history—and one of the most controversial.

As the trains need a straight line to reach full speed, the route was decided and everything in its path effectively condemned. Farmers had HS2 cut right through their fields. Housing estates were demolished. Protected habitats were built over. All so the line could be perfectly straight.

Until it came to the home area of then-Chancellor George Osborne, that is. At that point, the line suddenly bent right around to avoid upsetting Osborne’s wealthy neighbors.[9]

Although ministers insisted that the diversion was planned all along, almost no one believed them. After everything HS2 had destroyed in pursuit of being perfectly straight, it seemed more than a little odd that the line suddenly bent to avoid the rich friends of the chancellor. Still, the line went ahead with the detour included. 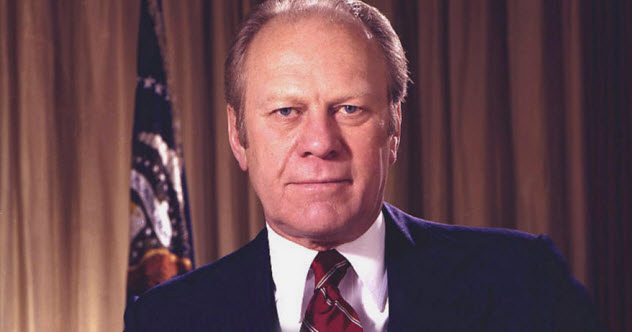 In September 1974, Gerald Ford’s approval rating suffered one of the sharpest drops in presidential history. It fell further and faster than presidents who’ve engaged in useless foreign wars, presidents who’ve been caught up in sex scandals, and presidents who’ve presided over White Houses in the grip of chaos. There was a good reason for Ford’s meteoric fall. He’d just issued a full pardon to Richard Nixon.

Seen from the present, Ford’s pardoning of Nixon feels like a preordained conclusion to the Watergate scandal. So it’s important to remember how flagrantly corrupt it really was.

As discussed earlier, Nixon had tried to have a journalist killed. He’d spied on enemies and tried to burgle the Democratic Party’s offices. He’d lied under oath and tried to cover it up. There are so many crimes he may have committed while president that America was demanding closure. Instead, President Ford just handed him a “get out of jail free” card, and Tricky Dick walked away.[10]

Still, justice was served—in a way. It was probably thanks to his pardoning of Nixon that Ford lost the ’76 election to Jimmy Carter.