“The only difference between me and a madman is that I am not mad.”
–Salvador Dali

Salvador Felipe Jacinto Dali is remembered as much for his flamboyance as for his surrealist art. It has always been difficult to tell how much of what Dali presented to the world was real and how much was carefully crafted as part of the Dali brand. But one thing is certain: Dali had a sordid side and sexual issues that were more than just an act. 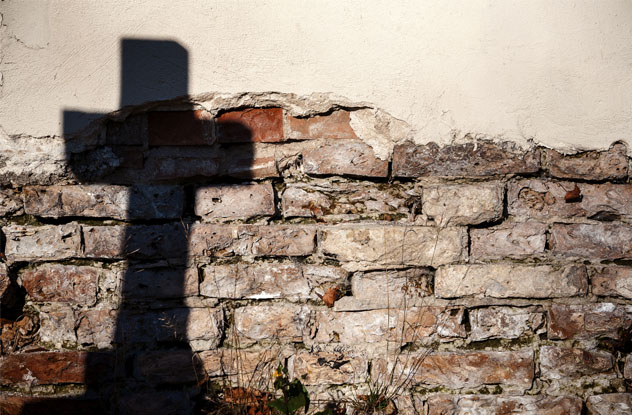 In 1886, at age 36, Dali’s paternal grandfather, Gal Josep Salvador, committed suicide. He had suffered from depression and persecution mania, with a tendency to slap injunctions on people whom he felt were after him.

In 1886, the “unhappy madman” appeared on the third-floor balcony of his rented apartment, screaming that thieves were trying to steal his money and kill him. Only the timely appearance of the police kept him from hurling himself to the street below. Six days later, however, he succeeded, jumping from the balcony and landing on his head in the inner patio, where he died instantly. According to a later newspaper account, he was to have been interned in a lunatic asylum that very day.

The Dali family was secretive at the time, however. The suicide was hushed up, and Gal’s name did not appear in newspaper reports of the incident. The official death certificate—based on a statement by Gal’s lawyer son-in-law—stated that Gal died of a “cerebral traumatism,” and Gal received a Catholic burial.

The suicide was kept from Gal’s grandchildren, as was the birth of Dali’s father out of wedlock. Despite the Dali family’s best attempts to keep its secrets hidden, however, Dali eventually discovered the truth. 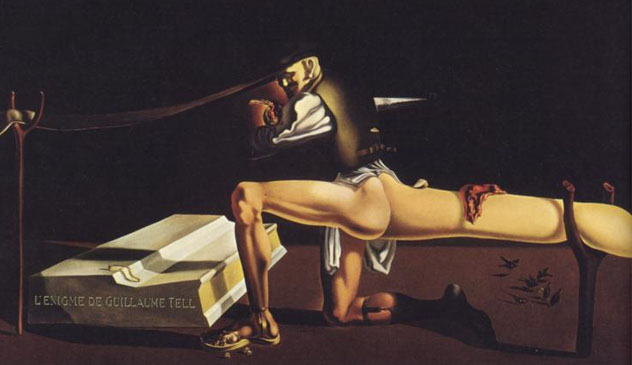 When Dali was a child, he compared his penis to those of his classmates and found it “small, pitiful, and soft.” His sense of inadequacy only deepened after he read a pornographic novel in which the protagonist boasted that he enjoyed “making women creak like a watermelon.” Dali worried that he would never be able to do the same. 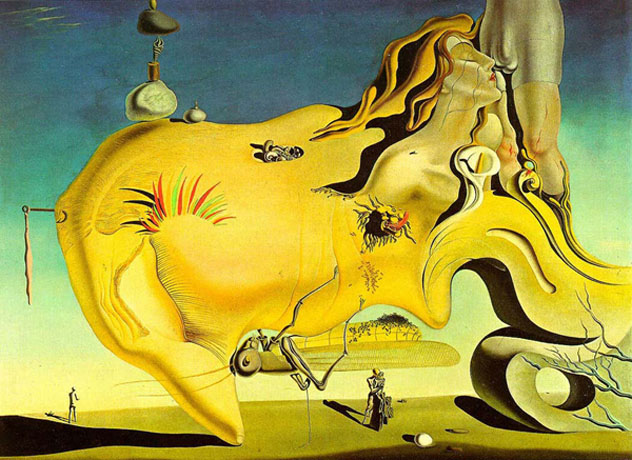 Adding to Dali’s woes were his father’s efforts to educate him about sex. These included leaving out a book which contained explicit photos of people suffering from advanced, untreated venereal diseases. The photos of grotesquely diseased genitalia both fascinated and horrified the young Dali. He began to associate sex with putrefaction and decay, themes that would later appear in many of his most famous works.

Dali’s imagination was so intense that he said he could even recall intra-uterine images, which he describes as “the color of hell.” So it is really no surprise that during his youth, Dali developed a pathological fear of castration. These fears and obsessions—along with a lifelong fascination with ants—became recurrent motifs in his paintings. 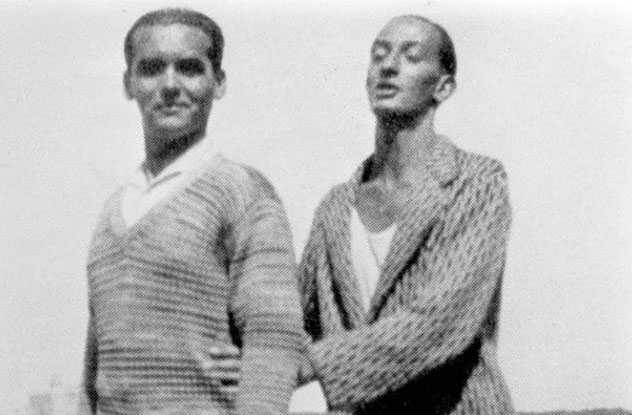 As a young man, Dali was extremely close with Spanish poet Federico Garcia Lorca. Lorca allegedly twice tried to seduce Dali into sleeping with him, although Dali later denied this. When Lorca learned that Dali had found his muse and the love of his life—Helena Deluvina Diakonoff, better known as “Gala”—the poet was shocked. He’d been convinced that the painter could achieve an erection only with a finger in his anus. Despite these allegations, the precise nature of Dali’s relationship with Lorca has never been confirmed.

More generally agreed, however, is that Dali may have been a virgin when he met Gala. The married Gala was 10 years Dali’s senior and already notorious for her long list of lovers. Dali was smitten by her, though she was not well liked by those who knew the couple. Art historian John Richardson called Gala “one of the nastiest wives a major modern artist ever saddled himself with. To know her was to loathe her.”

Upon meeting Gala, Dali asked her what she wanted from him. She reportedly replied, “I want you to kill me.” Dali’s attraction to her was immediate.

Dali’s domineering father, however, hated Gala. He wrongly assumed that she was a drug addict who had turned Salvador into a dope peddler. When Dali insisted on continuing the relationship, his father disinherited him. In a symbolic gesture before moving to Paris to be with Gala, Dali shaved his head and buried his hair on the beach. 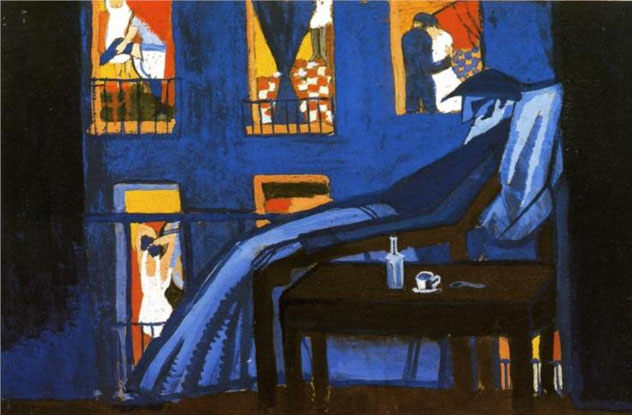 It is widely believed that Dali derived sexual gratification from watching others, including Gala, have sex. He was attracted to androgynous bodies—women with small breasts and men having feminine lines. Dali wrote of his “penetrating voyeur experiences” during childhood and even titled one of his early paintings “Voyeur.”

5Orwell Found Him ‘Diseased And Disgusting’ 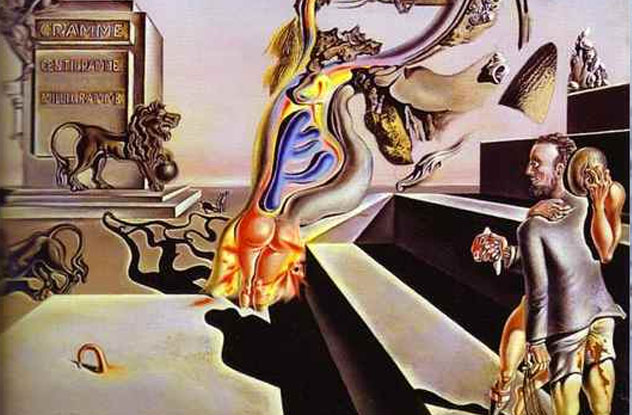 In 1944, George Orwell wrote an essay titled “Benefit of Clergy: Some Notes on Salvador Dali.” The title referred to Orwell’s perception that Dali’s talent made people wrongly consider him above reproach. Orwell explained:

“If Shakespeare returned to the Earth tomorrow, and if it were found that his favourite recreation was raping little girls in railway carriages, we should not tell him to go ahead with it on the ground that he might write another King Lear . . .  One ought to be able to hold in one’s head simultaneously the two facts that Dali is a good draughtsman and a disgusting human being.”

Orwell also took issue with Dali’s obsession with necrophilia and with the “well-marked excretory motif” in paintings such as “Le Jeu Lugubre” (“The Lugubrious Game”), pictured above. That work features, among other things, a male figure wearing excrement-stained underwear, an image repeated in several of Dali’s later works.

In the end, Orwell concluded that people such as Dali “are undesirable, and a society in which they can flourish has something wrong with it.”

4His ‘Psychotic Mess’ Of A Novel 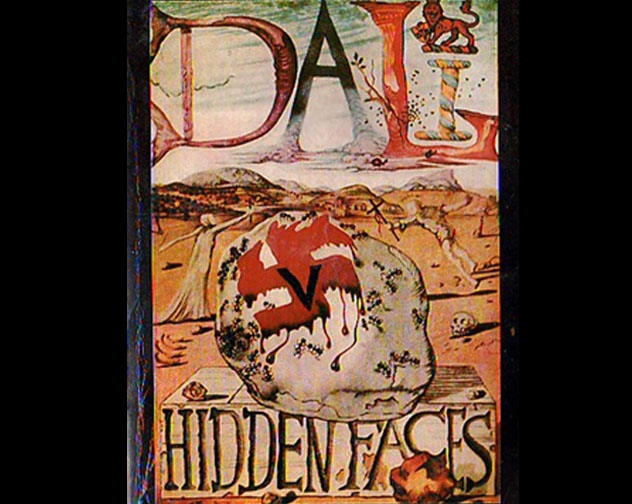 In 1943, while in exile in the United States, Dali wrote his only work of fiction, Hidden Faces. The book covered the antics of a group of eccentric aristocrats during World War II and was, in the words of its publisher, “an epitaph of pre-war Europe.”

Dali, in typical self-congratulatory style, said he devoted “14 implacable hours a day” for four months to writing the novel “because if I had not written it another would have done it . . . and badly.” While Dali’s autobiography was fiction masquerading as truth, Hidden Faces was truth masquerading as fiction. In a prophetic scene, a defeated Hitler sits alone in the Eagle’s Nest of Berchtesgaden, surrounded by “the greatest art treasures in the world,” listening to Wagner and raving against the Jews and Jesus Christ.

Reviews for the novel were generally favorable, though The Times criticized the adjective-laden prose, meandering style, and extravagant sentiment. Even Haakon Chevalier, who translated the novel into English, wrote in his foreword that Dali used “elaborate festoons of redundancy” and “glittering fireworks of hyperbole.” Kirkus Reviews, however, called it “dazzling,” while The Spectator—summing up the general consensus—wrote, “It is a psychotic mess, and I enjoyed it.

3He Beat His Wife 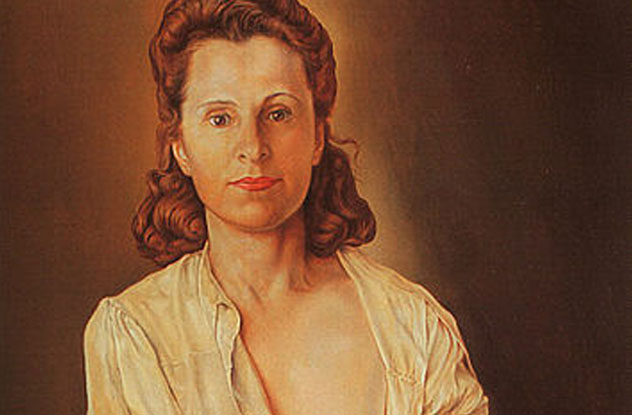 In 1980, at the age of 76, Dali was forced to retire due to palsy. The motor disorder left him unable to hold a brush, and as his condition worsened, he became less tolerant of Gala’s continued affairs. Gala was also using the income from Dali’s art to lavish money and gifts on her lovers, who were mostly young male artists. And instead of remaining with him in his studio as she had once done, Gala would leave Dali alone for hours or days at a time.

The inattention finally got to Dali. He beat Gala so badly, he broke two of her ribs. To calm him down, Gala reportedly gave him large doses of Valium and other sedatives, which made him lethargic. She then allegedly gave him “unknown quantities of one or more types of amphetamine,” which caused “irreversible neural damage.”

Dali’s acquaintances formed a “Committee of Friends to Save Dali” and put him in Incosol Clinic. But by then Dali was already a shaking, shrunken wreck, living in perpetual fear that octogenarian Gala was going to leave him for her lover, Jesus Christ Superstar actor Jeff Fenholt.

2Dali Propped His Wife’s Corpse In A Car 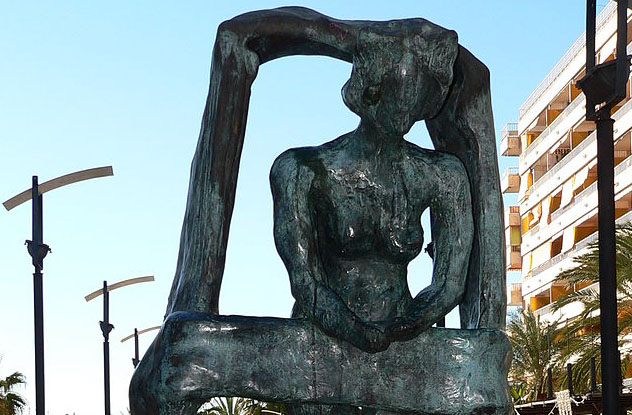 Gala did leave Dali, but not for another man. On June 10, 1982, at age 87, Gala died in a Barcelona hospital. As it had been her wish to be buried at Pubol Castle, Dali needed to find a way to get her back to Pubol while avoiding legal complications. In the end, Dali’s entourage put Gala’s body in the back of her Cadillac, propped up with a nurse beside it as if she were still alive.

Dali brought doctors from Barcelona to embalm Gala, who was then dressed in her favorite red Dior dress and buried in a tomb in the castle’s crypt. A few nights after the burial, Dali was found on his knees in front of Gala’s tomb, shaking with terror. Although he had come to despise Gala, he could barely function without her. He chose to remain at Pubol, though he sobbed constantly and spent hours making animal noises. He suffered from hallucinations, and insisted, at one point, that he was a snail.

1‘An Invalid From Hell’ 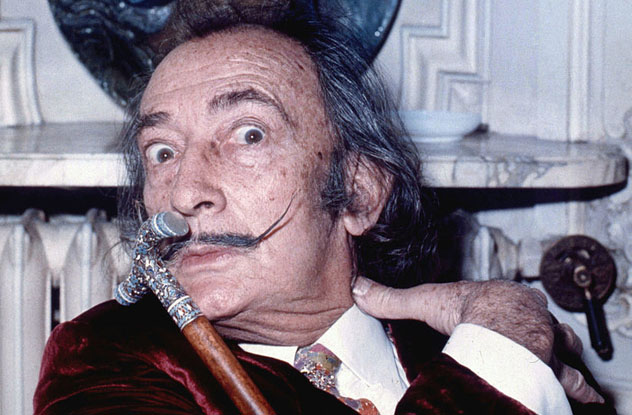 On August 30, 1984, the 80-year-old Dali’s bed caught fire. He suffered first- and second-degree burns over 18 percent of his body, including on both legs, his right arm, and his groin. The fire was caused by a short circuit in Pubol’s electrical system, possibly the result of Dali’s incessant use of an antiquated bell push attached to his pajamas. A nurse found him semi-conscious on the floor and gave him mouth-to-mouth resuscitation, even though he kept calling her “Bitch! Criminal! Assassin!”

After the fire, Dali became, in the words of a writer from Vanity Fair, “an invalid from hell.” He soiled his bed on purpose. He screamed at his nurses and spat at them, scratching their faces with his long, unkempt nails. Sometimes, he refused to take a pill unless they took one with him, too.

After his recovery, Dali moved into the Theater-Museum Dali, which he had founded in the nearby town of Figueres. When he refused to eat, doctors inserted a feeding tube down his throat and into his stomach. He became emaciated, and the tube made his speech even less coherent. He died on January 23, 1989, from heart failure brought on by pneumonia.

Dali had once said he was going to have his body refrigerated in the hope of resurrection. Instead, he was embalmed and buried at the Theater-Museum Dali, where you can visit his crypt today.

Jackie Fuchs is a writer and attorney, as well as an award-winning pub trivia competitor. Her blog Nothing Too Trivial (Interesting Things for Interested People) can be found at www.jackiefox1976.wordpress.com.