10Alan Clark And His Wine-Tasting 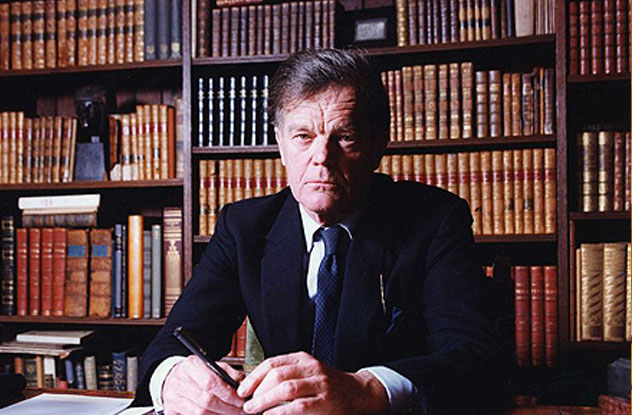 Described as “the most politically incorrect, outspoken, iconoclastic and reckless politician of our times,” Alan Clark was no stranger to gaffes and controversies during his political life. However, one incident stands alone as the stupidest. In 1983, during his first speech to the House of Commons, Clark had trouble reading from the pages in front of him. Rival MP Clare Short accused him of being “incapable”—which was the term polite British politicians used for “hopelessly drunk.”

Clark was indeed drunk, as he had attended a wine tasting at a friend’s house prior to his speech. Angered at the banality of the speech he held in his hands, Clark had started skipping passages, making his drunkenness obvious. In diaries he later published, he wrote that he’d been certain he’d be fired. However, the scandal just blew over. And a few years later, he was actually promoted.

Read more about police controversies with the eye-opening book Rise of the Warrior Cop: The Militarization of America’s Police Forces at Amazon.com!

9Ron Davies And His ‘Moment(s) Of Madness’ 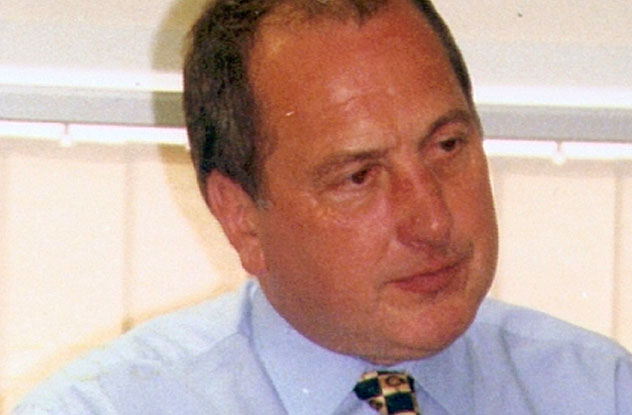 A longtime Welsh politician and MP, Ron Davies resigned from his post in 1998 after events he described as a “moment of madness.” He claimed to have been walking down Clapham Common, a known gay haunt, when a stranger asked him to dinner. He accepted. Later that night, he was robbed at knifepoint. And then he was robbed again right after, this time by three men, costing him his car.

Claiming ignorance of the area’s reputation, and reiterating his devotion to his wife, Davies later admitted that he was less than truthful about the night’s events. He was bisexual, and he’d had a previous relationship with his dinner partner.

Less than five years later, as he was running for office again, papers published photos of him leaving another known gay haunt. Feigning ignorance yet again, he claimed he’d been watching badgers nearby and had just absentmindedly wandered into the area. Davies quickly dropped out of the race.

8Jeffrey Archer And The Prostitute 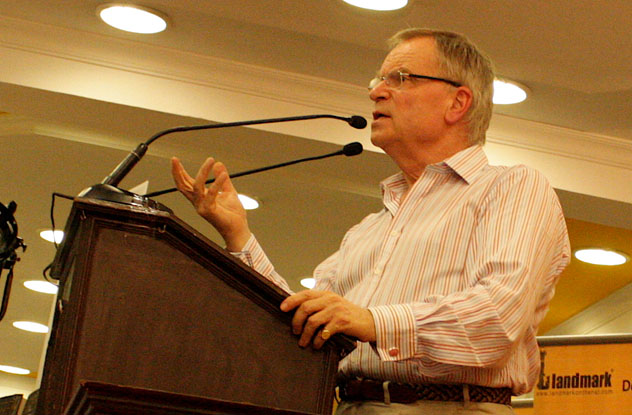 The Conservative Party deputy chairman for a period and a best-selling author, Jeffrey Archer went through several controversies in his life. None was bigger than his relationship with prostitute Monica Coghlan. When News of the World broke the story, thanks in part to Coghlan’s work with the paper, Archer sued for libel.

During the trial, Archer referred to Coghlan as providing “cold, unloving, rubber-insulated sex in a seedy hotel room.” He won the suit through false alibis, but he was convicted of perjury in 1999 when proof of his lies came to light. His party disowned him, and his political career was over. 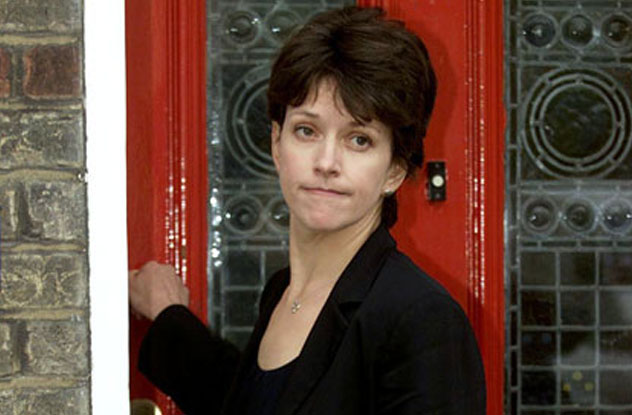 On September 11, 2001, as the United States (and the rest of the world) was dealing with the terror of the attacks, spin doctor Jo Moore sent out an email to her government department saying it was “a very good day to get out anything we want to bury. Councillors’ expenses?” Sure enough, her office took the opportunity to release new information about councilors’ finances.

It wasn’t the last time Moore tried something like this. When Princess Margaret died the following year, Moore planned to release bad rail figures on the day of her funeral. After briefly surviving the initial backlash, thanks to a televised personal apology, she resigned amid renewed criticism. 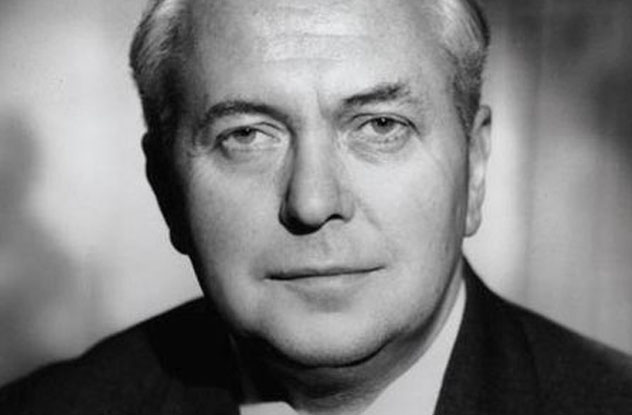 Harold Wilson was the prime minister of Britain from 1964–1970 and 1974–1976. During his second term, he became convinced that MI6 was plotting to overthrow the government. The Cold War was heating up, the British economy was struggling, and Wilson was suffering from severe paranoia. Whether from forces within the British military or outside the country, he was convinced a coup was coming to install Lord Mountbatten as his successor.

Most dismissed Wilson’s delusions, but some actually believed him. Wilson was so enthralled with the idea of his imminent doom that it was all he could talk about. George H.W. Bush, during his time as CIA director, exclaimed after a meeting with Wilson: “He did nothing but complain about being spied on!” 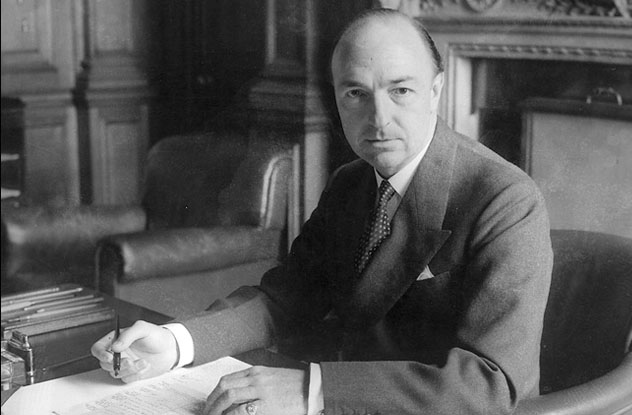 John Profumo was the Secretary of State for War under Prime Minister Harold Macmillan. Stephen Ward, an older socialite and an alleged pimp, introduced him to dancer Christine Keeler, a Russian diplomat’s lover. The two began an illicit affair, and Profumo resigned from his post in 1963 when evidence came forward.

In the next election, Macmillan’s party lost. Ward went on trial for “immoral offenses,” and he later committed suicide (although some believe it may have actually been murder).

British intelligence investigated the affair, and they discovered that the Russian diplomat received no secrets through Keeler or Profumo. Afterward, everyone involved just faded into obscurity. 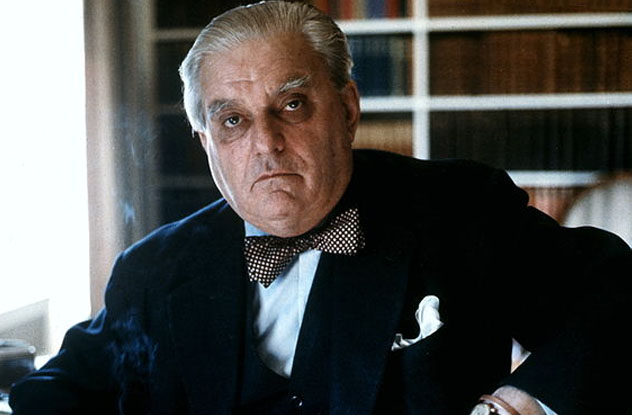 An MP for over 30 years, Robert Boothby had quite a reputation for his sexual prowess. In college, he earned the nickname “Palladium,” after the famed West End theater, because he could go “twice nightly.” He carried on a longtime affair with Dorothy Macmillan, wife of Harold Macmillan, prime minister for six years in the 1950s. But his compulsive gambling brought him into contact with his longtime boyfriend Leslie Holt, who also happened to be a cat burglar. Their relationship attracted the interest of Ron and Reggie Kray, a pair who operated a crime family in London.

The Sunday Mirror reported that Scotland Yard was investigating an unnamed peer’s gay relationship with an underworld figure. The public suspected that the paper referred to Boothby, which was enough to force a response from the MP. He denied the claims, sued the paper for libel, and actually won £40,000 (more than £500,000 today).

Boothby remained a staunch supporter of the Krays, campaigning for them in Parliament, until their penchant for violence finally convinced him to keep his distance. 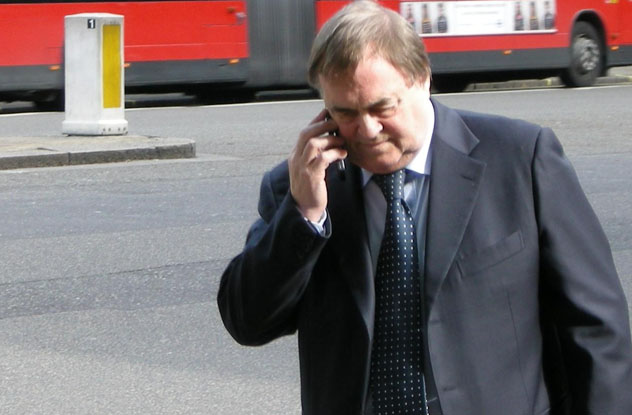 Claiming self-defense, Prescott avoided any criminal prosecution. Evans also escaped charges—perhaps the punch was punishment enough. Prescott later joked about the incident, lamenting that he hadn’t ducked quickly enough. In fact, he faced very little backlash at all. When asked what he thought, Blair responded, “John is John and I’m lucky to have him as my deputy.” 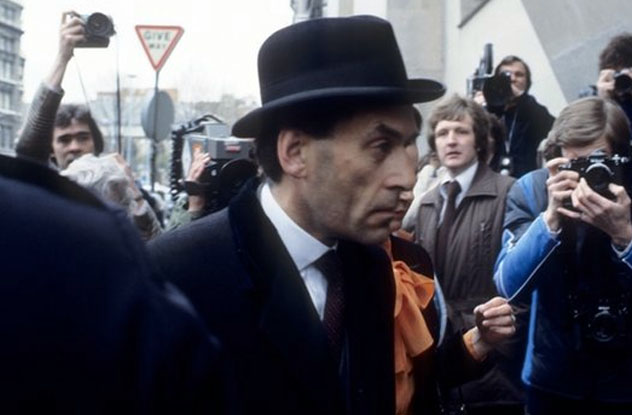 Closeted MP John Thorpe started a relationship with the wrong fellow in 1961. The man, Norman Scott, began talking about the affair (he described the sex as being “as dry and unwelcome as eating a hedgehog”) and though Thorpe managed for years to keep the rumors from going public, Scott became a major liability for him and his party.

Thorpe contacted ex-pilot Andrew “Gino” Newton, hiring him to kill Scott. The assassin drove Scott into the middle of the woods, along with Rinka, a Great Dane the man happened to be watching. He prepared to shoot Scott—but first, he decided to shoot the dog. And when he turned next to Scott, the gun jammed. Newton panicked and fled, leaving Scott alive.

The ensuing trial culminated in an acquittal for Thorpe, and he faded from public life afterward.

1The ‘Death’ Of John Thomson Stonehouse 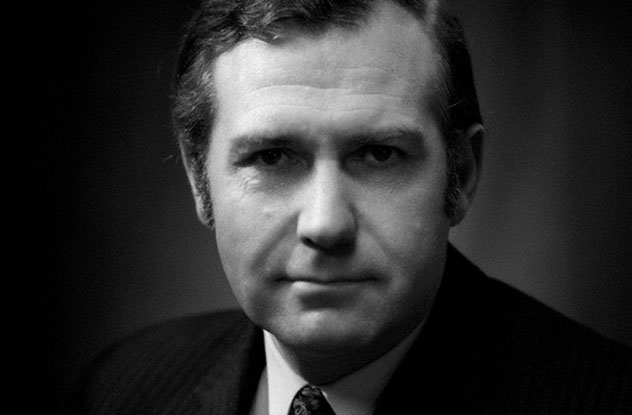 By all accounts, John Stonehouse was a regular politician, working in Parliament for nearly 20 years. However, following several poorly conceived business deals, he tried embezzling money and attracted the attention of the authorities. In 1974, just before he was about to be formally charged, his clothes were found on a beach in Miami, where he presumably drowned.

Unbeknownst to anyone near him, Stonehouse was actually alive. He now lived in Australia with his mistress, under the assumed identity of one of his dead constituents, Joseph Markham.

His run from the law only lasted about a month, as he was discovered by chance and taken back to Britain. Running his own legal defense, Stonehouse pleaded not guilty by reason of insanity. This failed: He was convicted of nearly 20 different counts of fraud and theft. Yet he was sentenced to only seven years, and he served just three before being released due to poor health.