Dictators are tyrannical despots so blatantly evil that it’s hard to see how even a mother could love them. So when we see footage of people weeping profusely at their funerals, we tend to assume it’s all just for show.

But it’s not. Some of history’s cruelest dictators aren’t just popular with extremists today. They’ve got the support of the very masses whom they hurt. 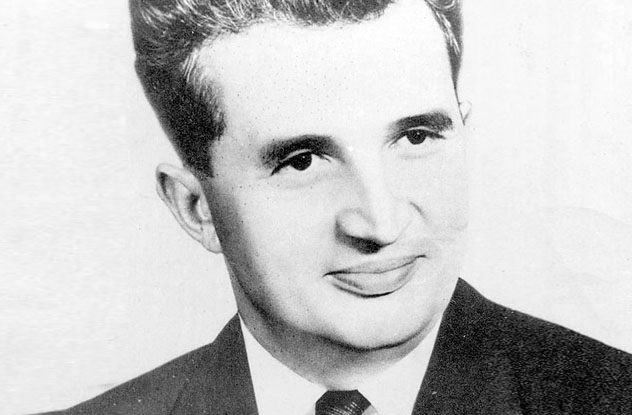 Of all the former Eastern Bloc dictators, perhaps none was so widely despised as Romania’s Nicolae Ceausescu. Under his tyrannical rule, children as young as 10 were drafted into the secret police, malnutrition severely increased, and policies killed up to 15,000 people each year. When he was finally overthrown in 1989, the military had to arrange an immediate execution to keep angry citizens from killing him as a lynch mob. Yet modern Romanians can’t get enough of him.

In a 2010 poll, the Romanian Institute for Evaluation and Strategy (IRES) asked ordinary Romanians about life under communism. Incredibly, 63 percent responded that life was better in the old days, while only 29 percent thought it was worse. When asked about Ceausescu himself, over 40 percent said they would vote for him if he ran for president today.

This seems absurd, but consider the context. Today, Romania is the second-poorest country in the EU and a breeding ground for corruption. In such circumstances, a communist dictatorship can at least offer security and employment—even if it’s at the expense of freedom and electricity. 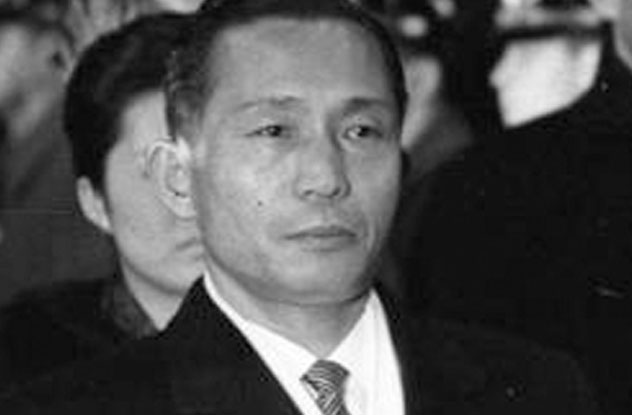 Between 1961 and 1979, Park Chung Hee ruled South Korea with an iron fist. Under his reign, criticizing the government could result in a visit from the secret police, and torture was extremely widespread. Opponents had a habit of disappearing, and it’s thought that Park personally murdered high-level dissenters in his own home. With that in mind, care to guess how South Koreans view this authoritarian madman today?

They see him as the greatest president ever. According to the Korean Times, multiple polls put Park far ahead of literally any other Korean leader in popularity, with an overwhelming majority approving of his reign.

Despite crushing democracy, Park’s government pulled off one of the most miraculous economic booms in history. During the 1970s, South Korea was outpacing the US in economic growth and wealth distribution—a feat made even more impressive when you realize the country had been poorer than North Korea when Park took power. Today, the cruelty of the Park regime is almost completely forgotten, while his economic achievements are widely praised. 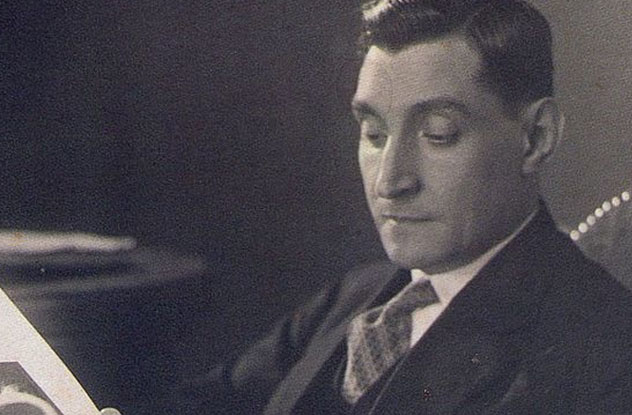 Antonio de Oliveira Salazar may be the longest-lived dictator you’ve never heard of. For nearly 40 years, he ruled Portugal as a semi-fascist state. During that time, his secret police infiltrated just about every school, workplace, and organization in the country, devising a network of terror that included deporting dissidents to African concentration camps.

Although the regime collapsed in 1974, his popularity today is chillingly on the increase. Currently, nearly one-fifth of all Portuguese think Salazar’s reign did more good than bad. On the anniversary of his birth, supporters flock to his grave, covering it with flowers and messages of support. His picture hangs in restaurants and bars up and down the country.

A lot of this might have to do with Portugal’s economy, which went into crisis in 2010. For all his hideous faults, Salazar was notable for offering a modicum of prosperity, which many now miss deeply. 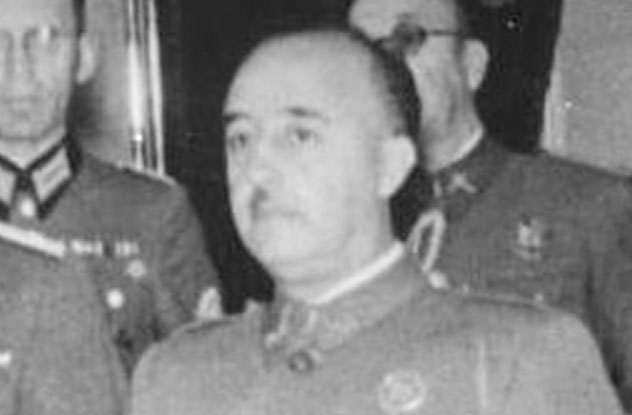 Thanks to living at the same time as Hitler and Mussolini, Franco is today Europe’s comparatively forgotten fascist dictator, but he deserves to be far more widely reviled than he is. During his White Terror campaign, over 114,000 people were murdered by death squads, while many more were tortured and raped. Up to half a million Spaniards were interred in concentration camps. Despite all this, many in Spain are still in awe of him.

In 2006, a poll for Spain’s El Mundo newspaper found that one-third of the population thinks Franco was right to have toppled the previous government. Only a year before, a pro-Franco history book became a national best-seller. In 2013, the Spanish Royal Academy of History produced a taxpayer-funded book that named Franco a pacifist, dismissing his murdered opponents as “terrorists.” The book came with the blessing of the king himself.

A significant proportion of the public regards Franco as the man who saved the country from communism. The Moscow-backed Red Terror of the Civil War claimed nearly 40,000 lives, and many see Franco’s retaliation as proportionate and fair. It’s claimed that the cruelties of a communist Spain would have been even worse than anything Franco devised. 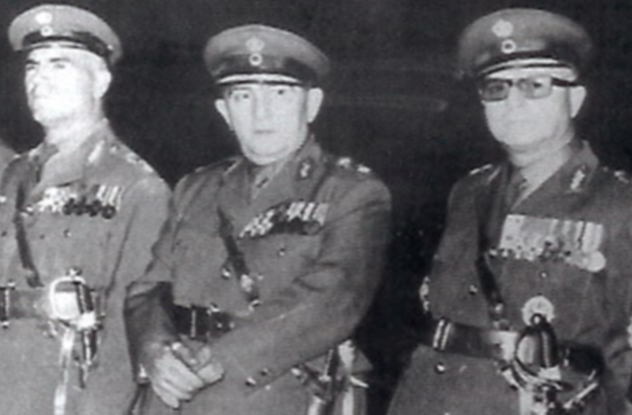 In 1967, Greek democracy imploded. A series of military leaders took control of the country, resulting in nearly a decade of extreme repression. Known as the Seven Years, the period became infamous for the junta’s use of rape and sexual torture as a weapon. When the regime finally collapsed, ordinary people were so angry that the new government had to hastily arrange its own tribunals to see justice done.

In 2013, however, Metron Analysis published the results of a poll on the junta years. Incredibly, nearly one-third of all Greeks polled thought the country was better off under the dictatorship than under democracy. Over half felt the junta had provided better security than democracy ever had, and 46 percent thought the standard of living was better under the junta.

Greece has recently been in economic free fall with crippling unemployment. In such circumstances, it’s perhaps not surprising people turn to the past for comfort—even when that past is so objectively horrific. 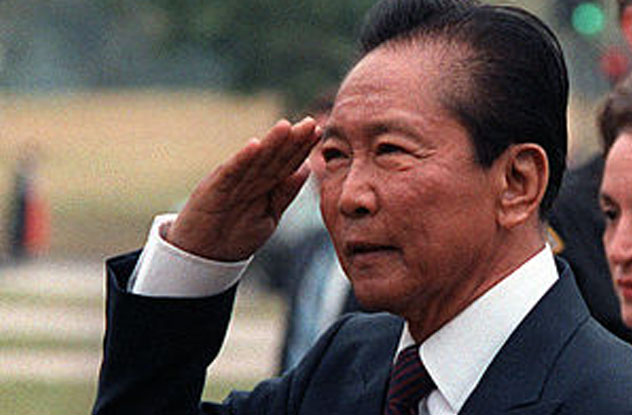 Between 1965 and 1986, the Philippines became Ferdinand Marcos’s personal fiefdom. During his time in office, it’s thought the dictator murdered 3,257 people, tortured 35,000, and imprisoned a further 70,000. He also plundered obscene amounts of money from the country, with Transparency International naming him the second-most corrupt man to have ever lived. So it may come as a surprise to hear he’s now regarded as a hero back home.

In 2011, it was announced that a majority of Filipinos wanted Marcos to be reburied in the country’s official Hero’s Cemetery. When the 28th anniversary of his removal from power rolled round in 2014, a Twitter campaign to have him named “greatest president ever” was one of the top trends of the day.

Like Franco above, many consider Marcos to have saved their country from communism. However, unlike Spain, the Philippines was never in any real danger of becoming a Soviet state. Instead, anti-Marxist fear was used as a smokescreen to shut down democracy and let Marcos steal over $10 billion from his country. 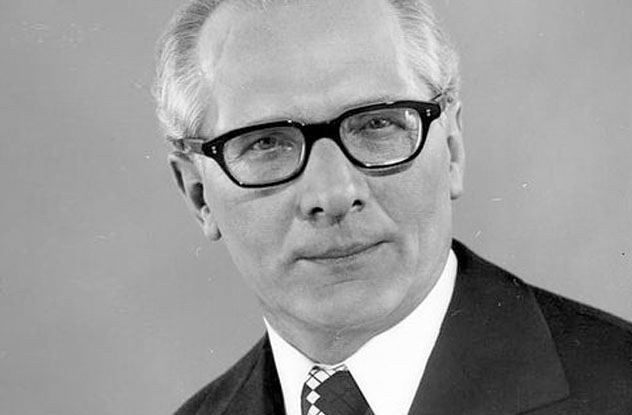 You may not recognize Erich Honecker’s name, but you’ll certainly recognize the country he presided over for 18 years: East Germany, home of the feared Stasi. Under his watch, psychological intimidation of opponents became the norm and “freedom” was simply the punch line to a depressing joke. The economy also fell off a cliff, leaving East Germans to subsist on a scrappy diet while their West German counterparts lived the high life. When reunification finally came, no one thought anyone but Honecker himself would miss the GDR.

Until, that is, Der Spiegel published the results of a survey on reunification. In 2009, the paper revealed that an outright majority of former East Germans would defend life under Honecker, with 49 percent agreeing that “life was good there.” Some took an even more extreme position, claiming life under communism was “less of a dictatorship” than in modern Germany. A majority even claimed the Stasi was a normal intelligence service.

In Germany, there’s a word for this GDR-based nostalgia: Ostalgie. According to Der Spiegel, one reason it’s so widespread is that East Germans still face inequality in areas such as employment and income. 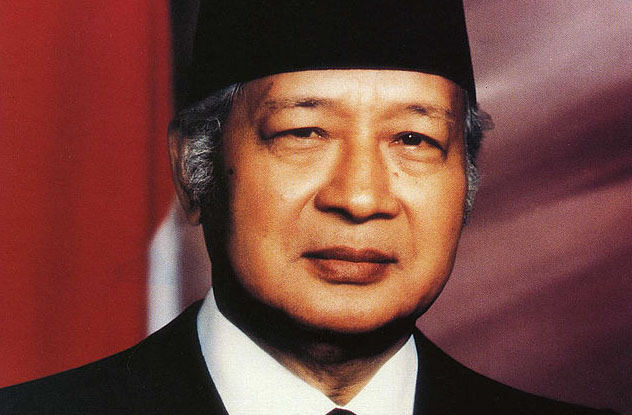 If you thought Marcos up there was bad, wait until you meet Suharto. Dictator of Indonesia from 1967 to 1998, he plundered over $35 billion from his country’s resources, illegally occupied neighboring East Timor, and conducted not one but two genocides. And yet he’s currently riding a wave of popularity almost stupefying in its reach.

Across vast swaths of Indonesia, ordinary people celebrate Suharto’s massacres of their countrymen as something heroic. His legacy is celebrated on TV and in magazines, with Suharto merchandise doing a roaring trade in Java. Just four short years ago, a major party asked that he be recognized a “national hero” despite wiping his own country out economically during the Asian financial crisis.

As with Marcos, the pretext for this worship is that he saved his country from communism. And as with Marcos, it’s all a smokescreen. The anti-communist purges that killed 500,000–2,000,000 were mainly an excuse to exterminate Indonesia’s ethnic Chinese. 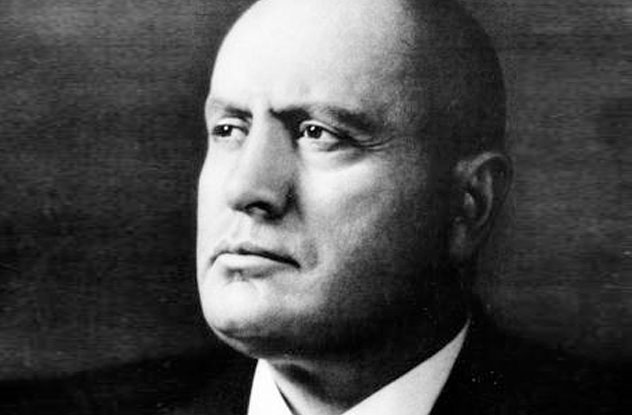 The Fascist Italian leader Benito Mussolini of Italy is rightly famous today for being the Abbott to Hitler’s Costello—with all the nastiness and genocide that entails. By the time his citizens got their hands on him, they were so angry they strung him up outside a gas station. The anger against him at the time only makes his 21st-century revival that much weirder.

Just like Suharto, modern Mussolini does a roaring trade in souvenirs. Every year, specialist shops in Italy sell thousands of Il Duce calendars, portraits, T-shirts, and mugs. Mussolini’s hometown of Predappio has cashed in on his reputation, opening a string of Fascism-themed shops, restaurants, and museums that attract hundreds of thousands of tourists every summer.

The whole thing isn’t some simple exercise in irony. The dead despot’s supporters fervently still class him as a god among men. According to The Guardian, Mussolini worship is even slinking back into the mainstream, thanks to politicians like Silvio Berlusconi openly praising him. 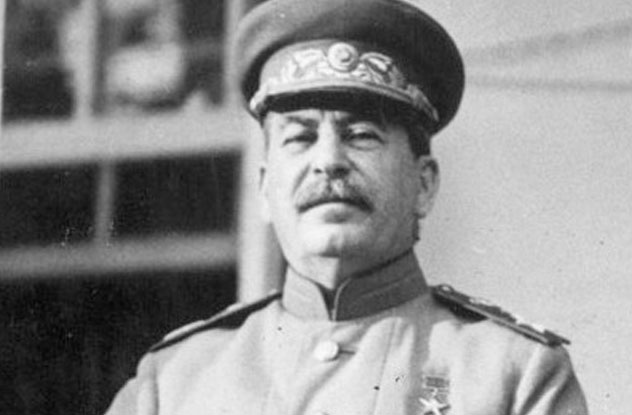 If you took all the evil of everyone on this list and added it up, you still wouldn’t come close to the psychopathy of Josef Stalin. Modern historians think he killed a minimum of 20 million people during his reign, with others putting the number much higher. He conducted genocide in Ukraine and was in charge of an army that raped its way across half of Europe. And yet he remains astonishingly popular.

In 2011, a poll by the Carnegie Endowment for International Peace found that 45 percent of Russians had a “generally positive” view of Stalin. In his home country of Georgia, that number rises to 68 percent. Only a few years beforehand, a TV poll of 50 million Russians named Stalin the “third-greatest Russian of all time.” Western Ukraine still commissions statues of him on a mind-numbingly regular basis.

This isn’t a merely a whitewashing of the past. Similar polls show that most Russians are aware of the depth and depravity of Stalin’s crimes. However, he’s also seen as the leader who took on and defeated Nazi Germany after the horrific Battle of Stalingrad. In other words, he’s a monster but one who defeated an even bigger monster.