As a species, we have always had a particular affinity for fauna. We create narratives around them—dogs are loyal, lions are proud, snakes are devious, and so on. These aren’t always entirely accurate, though. Here are 10 animal facts that will drastically change how you look at them. 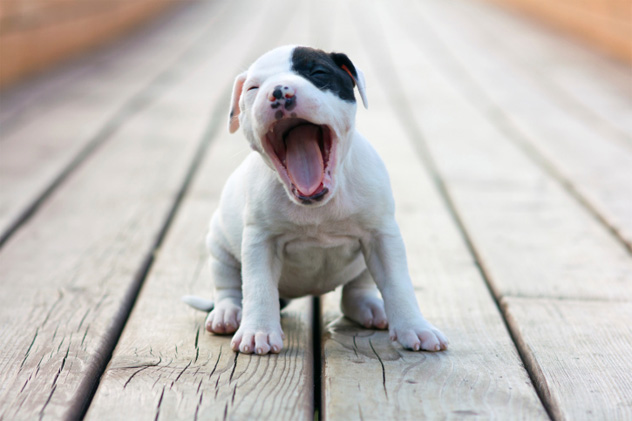 Pit bulls have been given an unfair stereotype of being aggressive, ferocious, and dangerous. This is actually completely false—statistically, pit bulls are no more inherently aggressive than any other dog breed. The breed was initially bred for dog fighting, but as we’ve mentioned before, being friendly to humans was actually desirable for a pit bull. If one lashed out at a human, it would be culled.

A lot of people tend to point to statistics of pit bull injuries and even deaths, but these aren’t due to a greater level of aggression at all. Pit bull genetics have given them much greater jaw strength than other breeds, which is why, when they do bite, the results are typically more painful. They’re stronger, not more violent. All dogs are individuals, and whether or not a dog is vicious has a lot more to do with the owner than the breed.

9Ants Were Used As Medical Tools 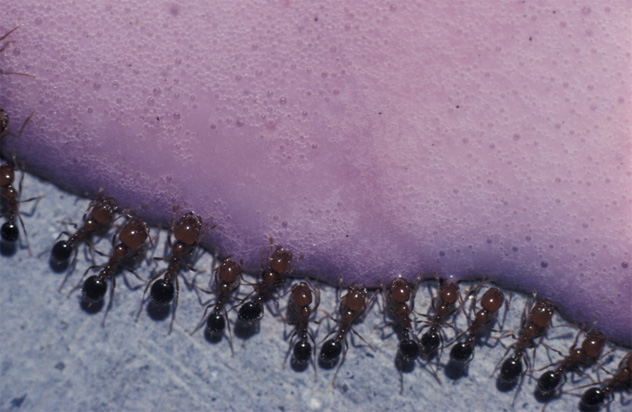 Ants impress us with their strength, amaze us with their organization, and hurt us with their nibbles. Some ants are worse than others, but they generally range from unwanted pests to irritating attackers. But ants are more than just pesky peons toiling beneath the Earth for their queen—for centuries, they were used as an important medical tool. Before stitches and glue were developed for medical uses, civilizations used the powerful jaws of ants as sutures to close wounds.

Since the jaws of the ant lock on much like a pit bull, physicians of the ancient world realized that they could be useful. They’d make the ant clamp around a wound and then remove the body, leaving the head as an insect staple to seal the wound. This process is believed to have begun around 3,000 years ago and was still popular until the 17th century. There is even a reported incident of use in Turkey in 1890 and of similar processes in Algeria in 1945, proving that ants are more than just little irritants. 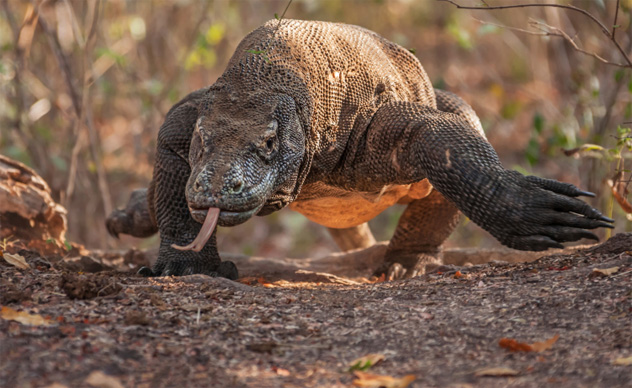 Just the name “dragon” is enough to inspire fear in humanity, even if the animals upon which we have bestowed the title don’t actually fly or breathe fire. Great, scaled beasts are the monsters of the great historical myths across different human cultures, so a creature has to be pretty hardcore to earn the moniker. Now that the dinosaurs are long gone, the Komodo dragon has earned its fearsome reputation as the largest living lizard on the planet.

But despite their monstrous size—they can grow up to 3 meters (10 ft) long—the Komodo dragon’s bite is in fact weaker than a house cat’s. That’s right, your feline friend has more oomph in its crunch than the mighty Komodo dragon. In fact, if the Komodo dragon tried to crush something with its jaw the way a crocodile does, it would probably break its own skull. The Komodo dragon is actually extremely venomous, thinning its victim’s blood and causing it to bleed out.

Fierce and positively prehistoric, alligators and their crocodilian kin are terrifying. They can rip a human to pieces with their powerful jaws and they are rightfully feared and revered as some of the most dangerous predators in the animal kingdom. However, when it comes time to make some gator babies, they use a surprisingly adorable mating technique: They dance.

The male alligator lies in the water and rumbles his belly at a frequency too low for humans to hear. The sound waves cause the gator’s entire body to vibrate, shooting miniature water fountains off the spikes on his back. This is the original water dance. Alligators will perform this romantic song and dance until a female decides to choose them as a mate. It’s like a fairy tale, except instead of a prince beneath a window, it’s a vicious killer in a swamp. 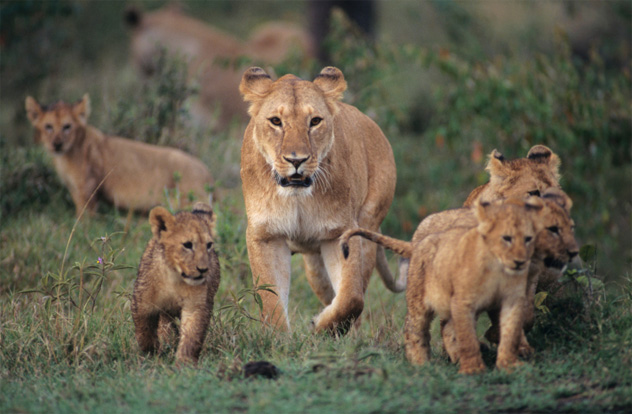 The noble king of the jungle has a lot more in common with Game of Thrones–style familial murder than the uplifting story we see in The Lion King. When males reach sexual maturity at about two years of age, they’re kicked out of the pride. They wander with brothers or cousins through the lands which no lions own, getting killed if they stray inside another pride’s zone.

If they can survive these trials long enough, they’ll come to a point where it’s time to start their own pride—by killing the males of another. After this is done, they move onto the next step in securing their power: Killing all of the infants. Since the little ones aren’t biologically related and the females won’t be as receptive to mating if they already have cubs to take care of, the new pride leader kills the children so that he can make his own. 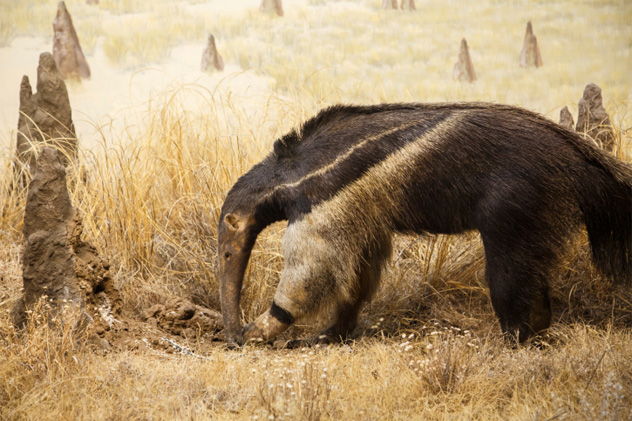 Anteaters come across as feeble, placid animals. They’re slow, almost blind, and hard of hearing. They don’t even have teeth. They use their snouts to suck up the easiest of prey and generally just plod around South and Central America. Their looks can be deceiving, though. When roused to anger, these giant beasts can be genuinely deadly. They grow up to 2 meters (7 ft) long as adults and have sharp claws which they use to forage in anthills. They can also use these claws to kill humans.

In 2012, a Brazilian man was brutally attacked and killed by an anteater. The seemingly docile animal gave the man bruises up his neck, eight puncture wounds in his leg leading to severe femoral artery damage, and two deep punctures in his arms. In 2010, a similar incident happened when a man bled out after a giant anteater obliterated his femoral artery. These creatures may eat ants, but get in their way and they can tear you to pieces. 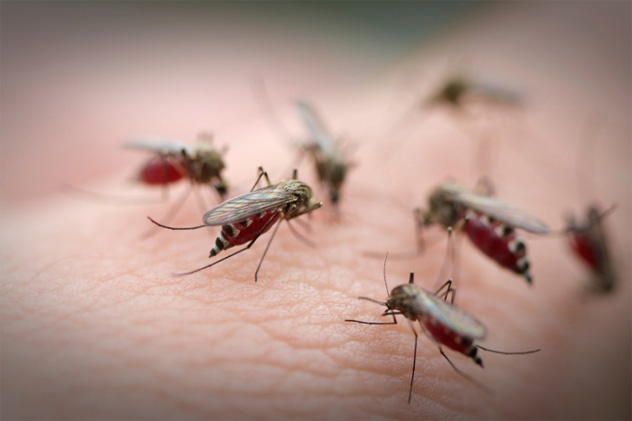 Mosquitoes are the bane of many a summer afternoon. They buzz in our ears, bite at any piece of exposed skin, and leave itchy bumps that take days to go away. Insects as a whole are generally kind of irritating in this way, but mosquitoes are no doubt the worst of the lot. We don’t quite fear them, though. At least not in the West. They’re an annoyance, but compared to the laundry list of toothed beasts in the world, mosquitoes don’t rank high on the list of animals that will kill you.

But as a matter of fact, mosquitoes are serial killers. Far from being a simple afternoon annoyance, mosquitoes are the animal kingdom’s biggest killers, transmitting deadly diseases such as malaria, dengue fever, and West Nile virus. Their tally reaches up to almost three million per year, dwarfing the body count of any other creature on the planet. 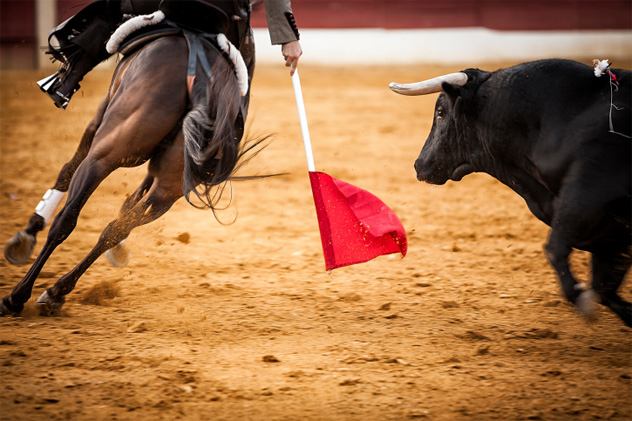 The traditions of bullfighting conjure up a standard image in most of our minds—the matador bravely waving his red cape at a bull, which enrages it into charging. Only half of that image is correct, though. The bulls don’t charge because the cloth is red—bulls can’t even see red. Yep, bulls are color-blind. The people at Mythbusters tested this. First of all, they placed three flags—one red, one blue, and one white—in the bull’s enclosure, and he charged them all. Next, they did the same color scheme, this time with three dummies. Once again, the bull charged them all.

We can observe this in real bullfighting as well, with the bull charging capes in other colors with equal ferocity. It’s the flapping of the capes that angers the bulls, not the color. The red only became the iconic color because it helps cloak the blood after the bull is killed in the finale of the fight. 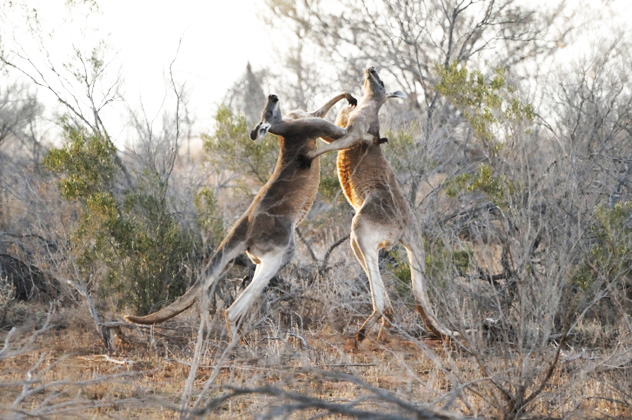 Kangaroos are synonymous with Australia, so much so that they may be the only thing some people know about the place. They’re on the emblem, and most prominent sports teams representing the country have the kangaroo incorporated (Rugby League’s Kangaroos, Football’s Socceroos, Rugby Union’s Wallabies, the Boxing Kangaroo for the Olympics). Older readers may even remember Skippy the kangaroo, the lovable star of his own show. It’s almost a shame that this playful, iconic image is shattered when you learn that kangaroos are as deadly as they come.

Those iconic muscular legs and huge feet that let them bounce also turn them into natural kickboxers. Male kangaroos are vicious when it comes to mating, and these powerful weapons can not only crush bone, but kill. They open their bouts with slashes and swipes with their claws before grappling their enemy and kicking them with their devastating legs. Despite their cute exteriors, kangaroos are some of natures best brawlers. 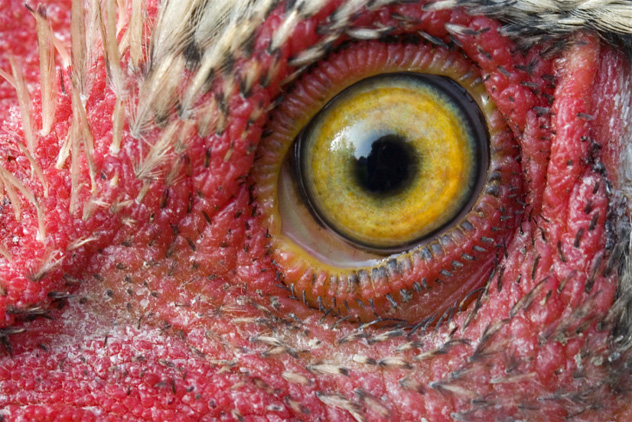 Small, annoying, but generally useful, we all have some experience with the humble chicken. The little birds are seen as fairly disposable beasts, capable of little more than squawking and making eggs. But don’t dismiss chickens completely—scientists have discovered an entirely new state of matter in chicken eyes: disordered hyperuniformity.

This amazing discovery could lead to the construction of incredible materials that can transmit light with the efficiency of a crystal and the flexibility of a liquid. Rather than a simple, uniform distribution of cone cells like most animals, chickens seem to have cones scattered randomly. Basically, the simple chicken has superpowers when it comes to vision and may give humanity not just food, but amazing technology.

Catch new chapters of Hossey’s enthralling serial “Unburnt” every second Friday here or just follow him and observe him extolling wisdom in 140 characters or less @M_Hossey.