While some people today simply know Christopher Lee as the talent behind the likes of Saruman or Count Dooku, his career has stretched back ages. Long before the current generation began enjoying his stage presence, he created an iconic version of Dracula and took on many other roles that made him one of the best in the business. The man himself is even more mysterious and fascinating than many of the people he plays. 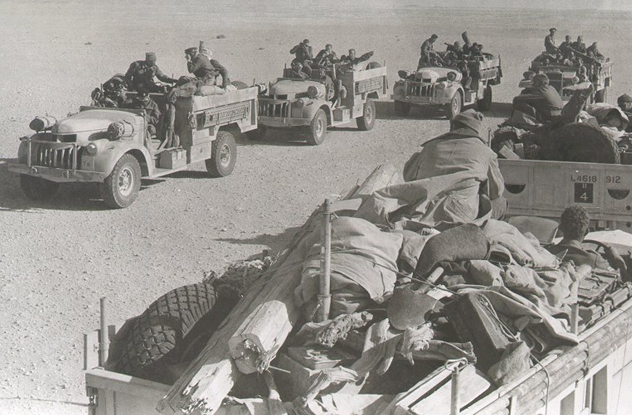 Christopher Lee was just becoming a young man when World War II began in earnest. Like many of his generation, he went off to fight in the war. However, his story is much more fascinating than most and is shrouded in mystery.

During the beginning of the war, Lee was living for a time in Finland and volunteered to help fight but was not placed in any particularly dangerous assignments. After he returned to England, he joined up officially. Before long, he was performing the kind of missions for which the phrase “I could tell you, but then I’d have to kill you,” was designed.

He spent some time with the SAS, which was one of the first elite special forces units in modern warfare. While it would be fascinating to know exactly what he got up to, none of his actions have been unclassified to date, and the man himself will not elaborate on any details. However, he apparently saw more action than most people imagine and witnessed more than his share of terrible things during the war.

The “real horror and blood” left him unable to be moved much by such scenes depicted in cinema. Yet he says most soldiers who have witnessed the atrocities of war rarely cry—except when seeing off the friends with whom they fought. 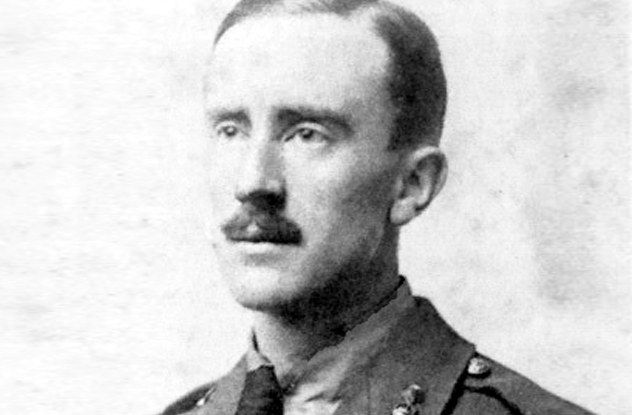 Lee is famous for playing the wizard Saruman in The Lord of the Rings, but few realize just how well fitted he was for the role. Christopher Lee is the only Lord of the Rings cast member who met Tolkien in person, and he’s perhaps the only person still in the entertainment business today to have met the author in his prime. Lee was quite young when he and a group met the author in a pub. He was also a little shocked to be in the presence of his hero, so he only said “How do you do?”

Lee was such a fan of Tolkien’s stories that he sent Peter Jackson a picture of himself dressed as a wizard during casting. This was only partly a joke—Lee had long desired to play Gandalf in a film adaptation of the books. In fact, when he did his first script reading in front of Peter Jackson, he read a scene as Gandalf. However, Peter Jackson had been planning to cast him as Saruman all along. Lee felt that the decision was likely to due to his advancing age—Gandalf had to do many physically demanding scenes, including several on horseback.

He agreed with the casting choice and was very disappointed when the scenes he shot for Return of the King were cut from the theatrical release. He was disappointed not just out of pride but because the editing removed something important from the story.

In 2014, he released a heavy metal version of Frank Sinatra’s “My Way,” which he claims to sing “more operatically” than Sinatra did. In 2010, he released his first album, Charlemagne: By The Sword And The Cross, focusing on the life of the Holy Roman Emperor Charlemagne. A few years later, he released a second album called Charlemagne: Omens Of Death, enlisting the help of Judas Priest guitarist Richie Faulkner. His second Charlemagne album won him won a Spirit of Metal award.

He has also lent his voice to the album Heavy Metal Christmas. He shows no signs of slowing down at anything, despite his advancing years. His third Christmas album, “Darkest Carols, Faithful Sing,” was released a few days ago and can be previewed above.

7The Tallest And Most Prolific Leading Actor 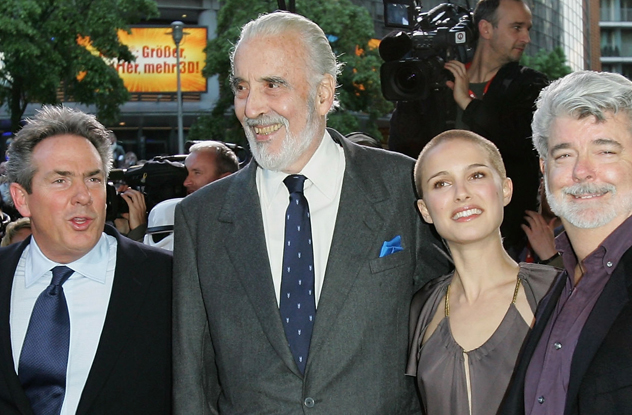 Lee stands at 196 centimeters (6’5″). Though a few actors are taller—James Cromwell is 200 centimeters (6’7″), and Shaquille O’Neill has a few dozen screen credits—Guinness names him the tallest leading actor in history. Actors in general are no taller than the general population, so directors often manipulate shots to make them look taller than they really are. With Lee, directors have to do the exact opposite.

Even more impressive is Lee’s other record as the most prolific actor. IMDB credits him with well over 250 roles. Other sources put it at over 350. 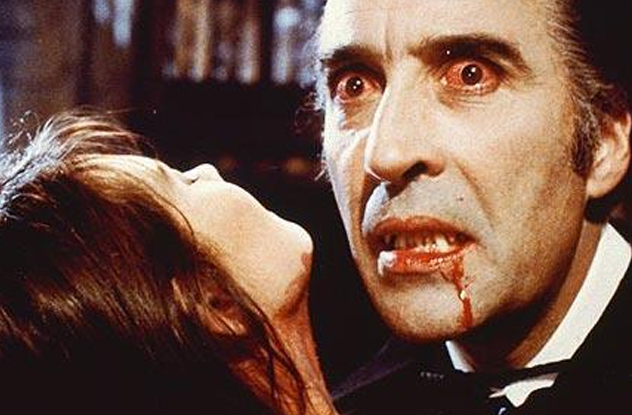 When Christopher Lee’s acting career was still in its infancy, he played the role of Dracula in a series of films by Britain’s Hammer Film Productions. Later entries in the series were not very well written or put together, and many have wondered why such a great actor continued to appear in terrible films over and over.

He wasn’t a fan of the later scripts at all. He had no desire to continue doing the films, and he told his producers so explicitly. However, in what Lee himself described as emotional blackmail, the executives in charge convinced him by telling him they had already “sold it to the Americans with him in it.” When he was still reluctant, they pointed to all the people who would lose work if he refused to do the films. He was bothered at being manipulated this way, but he agreed to stick with the role.

The Lee family has long had opera in its blood. Christopher’s grandparents started the first opera company in Australia. Lee had a natural talent for music and sang in a public venue at an early age. Tenor Jussi Bjorling—one of the best opera singers in the world—wanted to nurture the young man’s natural talent and invited him to join the opera house permanently.

Unfortunately for opera, but very fortunately for the silver screen, Christopher Lee decided he still wanted to go into acting. It is clear from his recent musical endeavors though, that he never forgot his love for singing. Bjorling might have been proud. 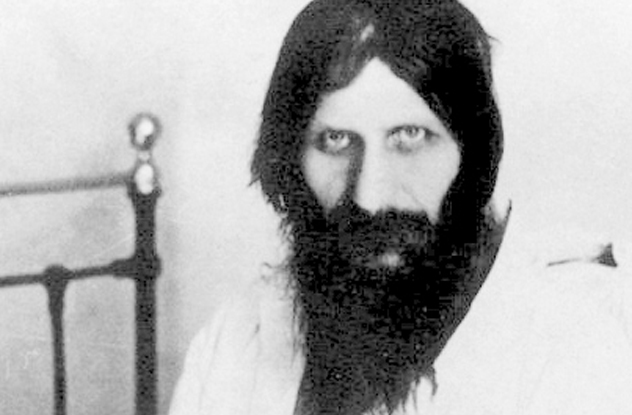 Legends say that Russian mystic Grigori Rasputin was shot, poisoned, stabbed, beaten, drowned, and still stayed alive. The tale is highly exaggerated. Apart from the natural unlikelihood of it, there is also evidence that British spies were partly responsible for his death, due to the incredible influence Rasputin had over the Tsar’s court. Some people believe that one of the primary conspirators, Prince Yusopov, made up the story to paint Rasputin as an evil sorcerer, making Yusopov look less terrible for betraying him.

Christopher Lee’s mother once woke her son in the middle of the night so he could meet some very bizarre guests—Prince Yusopov and another of the conspirators, Dmitri Pavlovich. While he doesn’t remember the visit very well, it still had quite a lasting impression on the young man and may have affected his portrayal of Rasputin on screen many years later.

Lee never saw Yusopov again in person, but his life continued to be affected by the mad monk’s murderer. According to Lee, the film about Rasputin couldn’t tell the story properly because Yusopov (and later his estate) would repeatedly sue when they disliked how the popular media portrayed him.

“You’ll not only lose your mind, but you’ll lose your soul” | Christopher Lee on the occult

Due to his history of playing such villainous characters as Dracula, Scaramanga, Count Dooku, and Saruman, as well as his love for heavy metal, many people are convinced that Christopher Lee is an enormous fan of the occult. Rumors go so far as to claim that he owns the largest collection of occult literature in the entire world, with anywhere from 2,000 to 20,000 occult books in his library. Asked about this in an interview, he was very clear that the stories were not at all true. He first joked that to even have that many books he would need to “live in the bath” but then became quite serious about the matter.

While he has some interest in the occult—he admitted to owning maybe five occult books—that does not mean he takes any part in such practices or puts any stock in them. Taking a question from the audience, he explained that he has met Satanists, but he warned everyone in the audience away from delving into such matters. If you get involved, you “will not only lose your mind, you will lose your soul.” He then lightheartedly criticized the media for simply making the whole thing up because they had nothing else to say.

2He Knows The Sound Of A Backstab

LOTR: The Return of the King – Death of Saruman

While we can only guess at what sort of classified things Christopher Lee got up to while he was in the SAS, one incident during the filming of Lord of the Rings gives insight into the kind of action that he saw. In a scene reserved for the extended version of Return of the King, underling Grima Wormtongue stabs Saruman in the back. Director Peter Jackson was coaching his actors on how to approach the scene, when something unexpected happened. Christopher Lee asked Jackson if he knew what it sounded like when someone was stabbed in the back. He then followed it up with: “Because I do.”

According to Peter Jackson, Christopher Lee then began talking about “some clandestine part of World War II,” although, as always, he withheld details. Jackson had wanted him to shout in pain when he was stabbed. Lee explained that when you are stabbed, “the breath is driven out of your lungs,” and he gave a good impression of what it would actually sound like—more like a strangled gasp. 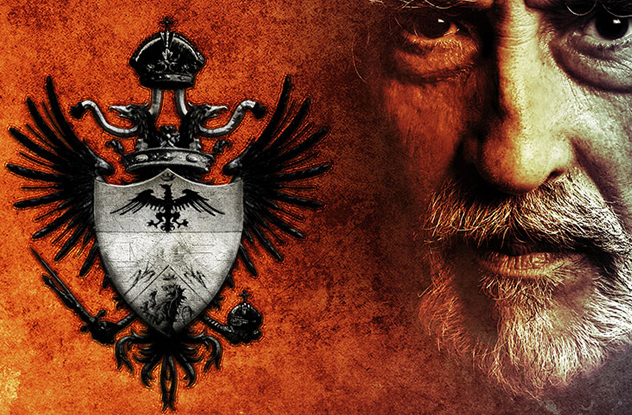 Christopher Lee is incredibly well connected in Hollywood due to his prolific career, and his family was quite well connected on a social level as well. The family from which Sir Christopher Lee hails is the same Lee family that eventually found their way to the new world, making him related to the American Civil War general Robert E. Lee.

Christopher Lee was also a cousin to Ian Fleming, another man whose name is synonymous with cloak-and-dagger operations from the World War II era. it’s possible that some of Fleming’s written adventures were based in part on Christopher Lee’s work in the SAS, as well as Fleming’s. Fleming actually had wanted his cousin Christopher for the role of Bond, likely believing that a skilled actor who also happened to be a former SAS agent would be absolutely perfect for the role. Unfortunately, the powers that be disagreed with Fleming’s choice for Bond, because they thought it was family favoritism, but he did go on to play one of the best-received Bond villains in The Man With the Golden Gun.

These and all of his interesting relations pale in comparison to another one. Christopher Lee made both his albums about Charlemagne because of a family connection—Christopher Lee is a descendant of Charlemagne himself. His family is quite proud of the fact, still bearing the coat of arms to prove it. While such a powerful historical ancestor may seem like an awful lot to live up to, we’d say Christopher Lee may be giving old Charlemagne a run for his money.