Black Widow has become a bona fide action film hero, able to hold her own in battle alongside gods and monsters. However, her comic adventures reveal some amazing secrets that Marvel’s movies will likely never delve into.

10She Is Really Old 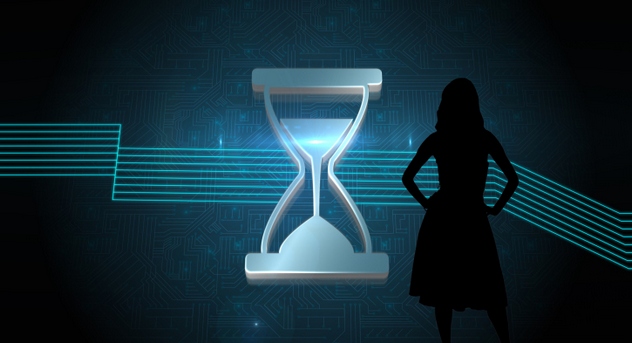 In Age of Ultron, viewers are given a glimpse, via flashback, of some of Black Widow’s training in Russia’s Red Room. She mentions that one of the side effects of the experiments that turned her into a super soldier is that she can’t have children. In the comics, a more interesting side effect is that she seemingly doesn’t age at all.

Indeed, the comic Black Widow was born in 1928 and recruited by Soviet intelligence sometime in the late 1930s. She almost had a very different fate as a brainwashed member of a ninja group known as The Hand, but she was saved by the rare, pre-Avengers team-up of Captain America and Wolverine (then simply known as Logan). It was only after World War II that she joined the Black Widow program, which was dedicated to training female sleeper agents who could better walk among the enemies of the Soviet Union.

9She And Winter Soldier Were An Item 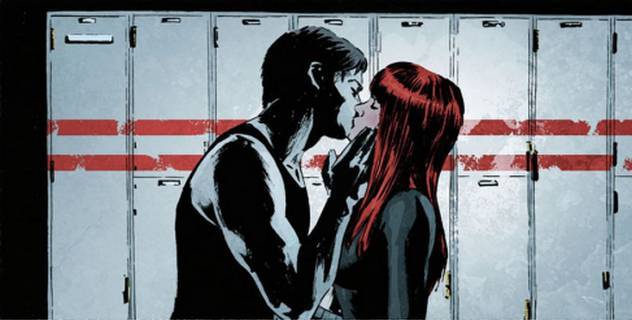 Who better to teach the young Black Widow how to walk among Americans than an American-turned-spy? This was the Soviet Union’s logic in the comics, and part of her training was conducted by Winter Soldier, Captain America’s former sidekick who became a brainwashed Russian agent. The training went a little too well, and teacher and student became lovers. There were a couple of problems to their long-term romance, however: The Soviet Union put Winter Soldier into cryogenic stasis when he wasn’t on a mission, and Black Widow was promised in marriage to Russian test pilot Alexi Shostakov.

The two had another shot, however. Half a century later, when both were now fighting for the good guys, they got back together, with Winter Soldier deciding that Black Widow was one of the few constant and faithful friends in his long life. While there is no happily ever after in the world of constant publishing, the two were a great team both as heroes and lovers.

8She Has False Memories 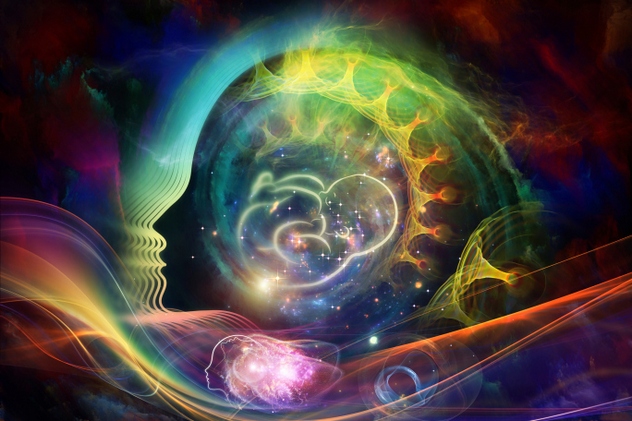 Comic book fans are all too familiar with the idea of retcons, when a later writer undoes something from a character’s earlier history. Sometimes, this is organic, such as shifting Tony Stark’s Vietnam-era injury to a more modern conflict. Other times, it’s jarring, such as Marvel using the Devil to undo Spider-Man revealing his secret identity. Black Widow’s main retcon falls somewhere in the middle.

In earlier issues, she was portrayed as being a ballerina when she was a young child. Later on, this didn’t jive with the character’s background of being recruited by the Soviet government at a very young age. It’s later revealed that, like fellow long-lived hero Wolverine, Black Widow had fake memories implanted, including that of being a ballerina. This puts an interesting potential spin on the Marvel Cinematic Universe, which delved into Widow’s memories in Age of Ultron. Specifically: How many of the traumatic memories that make her feel aloof from humanity are even real?

7She’s A Bad Influence On Hawkeye 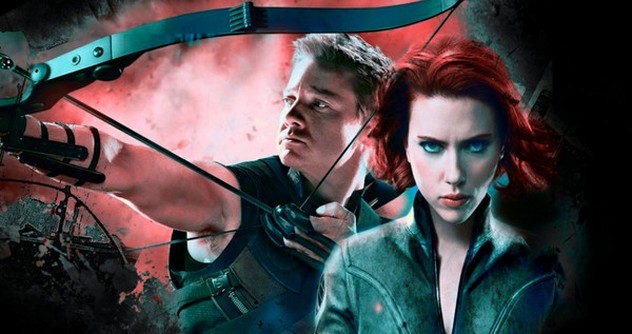 The Marvel Cinematic Universe presents Black Widow and Hawkeye as thick as thieves, sharing a platonic bond greater than the rest of the team. In the comics, however, they were thieves . . . at least, that’s what the police thought the first time they saw Hawkeye put on his garish purple costume and try to fight crime. Black Widow decided to roll with it and recruited Hawkeye to help her fight Iron Man and other superheroes.

Understandably, Hawkeye is labeled as a criminal for helping a Russian spy fight superheroes. Later, things got both better and worse: Black Widow’s burgeoning romantic feelings toward Hawkeye made her want to defect to America, leading to her Soviet employers gunning her down in an assassination attempt. Hawkeye made sure she was sent to a hospital and decided this was the wake-up call he needed to redeem himself by becoming an Avenger and later helping Black Widow join the team.

6She Tried To Become A Fashion Designer 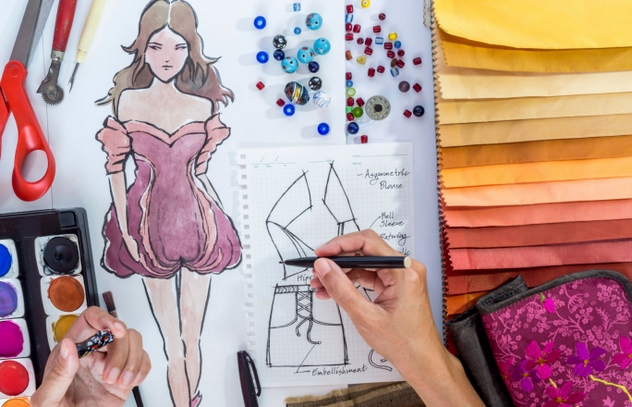 It’s tough to imagine most comic book heroes outside of their roles as super beings. Part of this is because the characters are typically so archetypal, and part of this is because an industry constantly trying to bring new readers in via film can’t afford for characters to stray too far from their cinematic adventures. However, this wasn’t always the case: In the 1970s’ Daredevil comic, both Black Widow and Daredevil move to San Francisco to begin new lives together. While Daredevil can never stray too far from both breaking the law in costume and upholding it in a suit, Black Widow dreams of a different career altogether: fashion designer.

It seems like the kind of nonprogressive typecasting of one of the only female protagonists (especially at the time) that modern audiences would despise. However, as an immigrant coming from post-Stalin Russia, it makes sense for Black Widow to identify freedom with capital and capital with glamour. Plus, her pursuit of this job doesn’t keep her from fighting assorted costumed bad guys or from refusing to be Daredevil’s damsel in distress. As she puts it: “In case you hadn’t noticed, Matt—much as I think I love you—I’m my own woman, first, last, and always.”

5There Are Many Black Widows 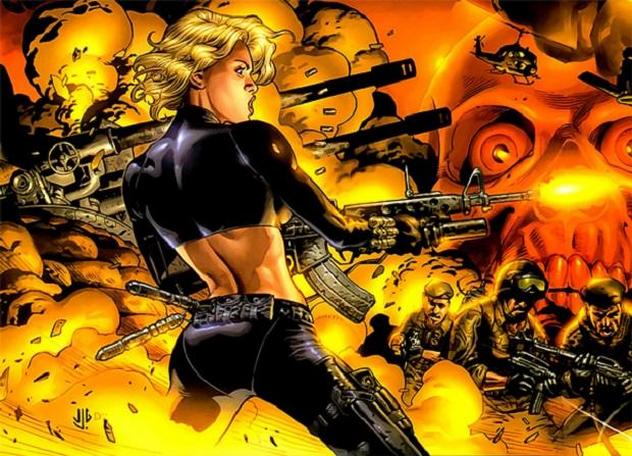 One of the things that Marvel’s comics and movies get quite right is just what any government would do with the ability to create super soldiers: It would create as many as possible. Captain America’s origin includes the secret formula to his genetic overhaul dying with the scientist Dr. Erskine. Russia’s Black Widow program suffered no such setbacks, so their government wasted no time training multiple Widows.

Romanova is one of many children recruited and trained in the mysterious Red Room. Many children Romanova’s age received her training and powers, and the Red Room continues to train and utilize Black Widows. One notable such character is Yelena Belova, who came out of the Red Room hell-bent on proving herself better than Romanova. The more world-weary Romanova, however, helped her “replacement” see that her superiors considered Belova just another expendable weapon for their operations. Considering that her government once made Romanova’s husband fake his own death as part of her training, she knows exactly how manipulative the Soviets can be. 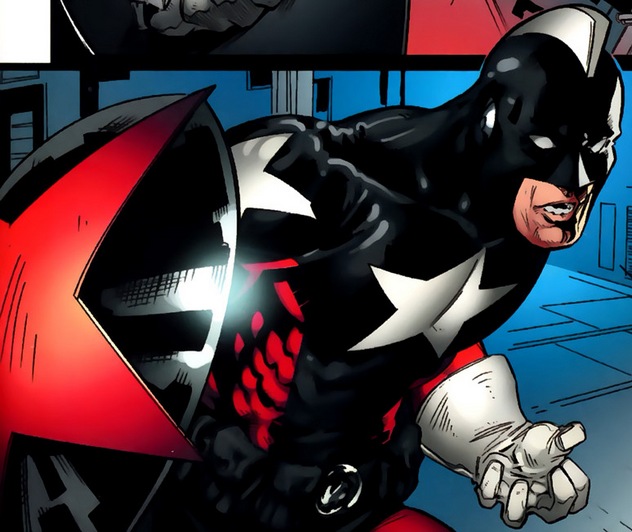 One of the aspects of Black Widow’s character that the Marvel Cinematic Universe does a good job of hinting at is that she had a full and interesting life long before becoming a hero. While most assume that this is comprised chiefly of her background as a Soviet spy, Romanova had a full romantic life during this time, including a husband: Alexi Shostakov.

Shostakov was a test pilot whose skills gained the attention of the KGB. They recruited him by arranging his marriage to the attractive Natasha Romanova, who was still being trained in the Red Room. Not long after marriage, however, Shostakov’s rocket apparently exploded and killed him. This drove the grieving Romanova deeper into the Red Room’s service. In reality, her husband was still alive, donning a costume and becoming Red Guardian, a kind of Soviet Captain America. He would later clash with Widow and the Avengers and die in an exploding building, leaving Romanova a widow in fact as well as name. 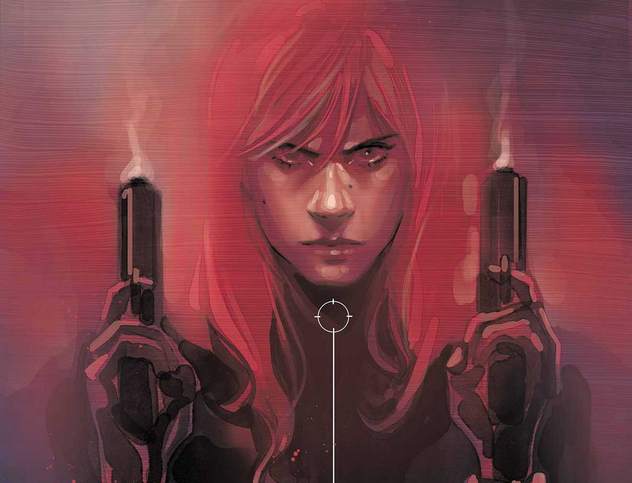 As we have covered before, the Marvel Cinematic Universe is heavily influenced by Marvel’s Ultimates line of comics, which reimagined heroes for the modern world in a new, continuity-free universe. While characters such as Captain America and Iron Man are highly recognizable in The Ultimates, Black Widow turns out to be someone entirely different: a double agent who works with Thor’s half brother Loki to try to take over the entire world. As part of this plan, she brutally murders Hawkeye’s wife and children.

Aside from the complete brutality of this act, one of the interesting things about this universe is how selectively it was portrayed in Age of Ultron. The movie borrows heavily from the Ultimates universe in making Hawkeye secretly a family man. However, the movie also borrows heavily from the mainstream continuity in portraying Black Widow as so friendly and close to Hawkeye that she is welcomed as one of his family.

2She May Be Royalty 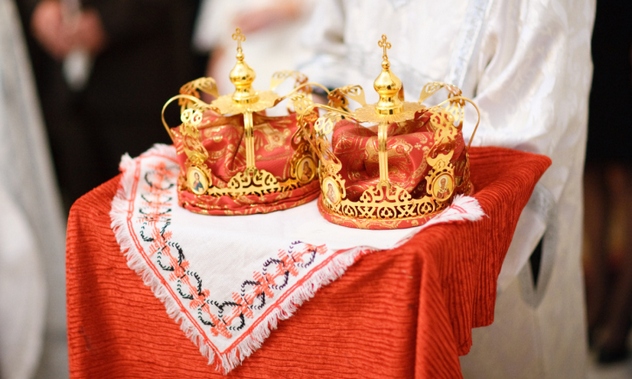 Even Black Widow’s name is part of another retcon moment. When the character was created, her last name was likely chosen because of the fame of the Russian Tsar Nicholas Alexandrovich Romanov. Years later, X-Men writer Chris Claremont wrote a story featuring a young Romanova being rescued by Captain America and Wolverine. She needs saving from the ninjas of The Hand, whose leader implies that she might actually be related to Nicholas.

The Hand are planning to brainwash Black Widow to do their will, and their leader claims he wants Communism to be stomped out by someone “who bears the name of the Imperial dynasty the Reds so ruthlessly tried to murder during their bloody revolution.” However, considering the number of boys named “Romanov” and girls named “Romanova,” their specifically choosing Black Widow may indicate more of a relationship with the Romanov family than simply a shared name. Wolverine, with little patience for the genealogy lesson, soon shows up with Captain America and makes short work of Black Widow’s captors.

1She Is Physically Enhanced For Strength, Agility And Resistance 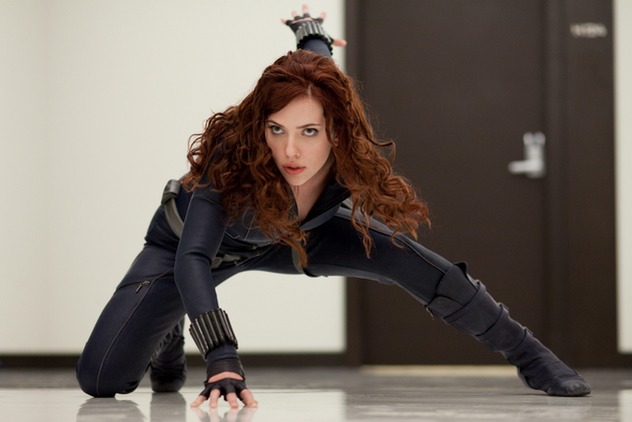 The various Marvel movies starring Scarlet Johansson’s Black Widow primarily emphasize her as simply a smart and strong human. None of Marvel’s movies have delved into some of the special powers she was given during her time in the Red Room. Specifically, she was given the Soviet equivalent of Captain America’s Super-Soldier Serum. She is capable of lifting up to 230 kilograms (500 lb), and she is more resistant to disease and illness than almost any other human.

Black Widow’s speed, reflexes, and agility have been increased to peak human capacity, meaning that if she were any faster or more agile, she would officially be considered a superhuman. Her five senses also operate at peak capacity, and her body is extra durable. Obviously, guns and other weapons can still injure or kill her, but her body is as super resilient to damage on the outside as it is to illness on the inside. Finally, Black Widow’s super long life comes from her serum, allowing someone born in 1928 to look in her prime.