One of the best parts of classic James Bond films was the moment Q would pull out some wild new invention for the secret agent to use in his dashing exploits. Would it be a laser watch? Or would we see 007 wielding a set of bagpipes that doubled as a flamethrower? It turns out that the reality of spycraft is just as wild as the most fantastic films.

Here are ten of the weirdest bits of equipment a spy might find among their kit.

Smoking is undoubtedly bad for your health but for CIA agents in the middle of the 20th century there were situations where smoking a pipe could save their life. The key to this pipe’s life-saving capabilities was found concealed in its stem – a radio receiver that could pick up transmissions and send them straight to the agent.

The pipe worked when the spy clenched it in their teeth. By vibrating the pipe was able to transfer sound directly into the ear via the bones of the skull. No one else would be able to hear what was being sent.

The CIA website which shows off some of the technology it has employed over the years doesn’t reveal whether the pipe could be used to smoke tobacco so best not to lend your spy pipe to anyone else.[1] 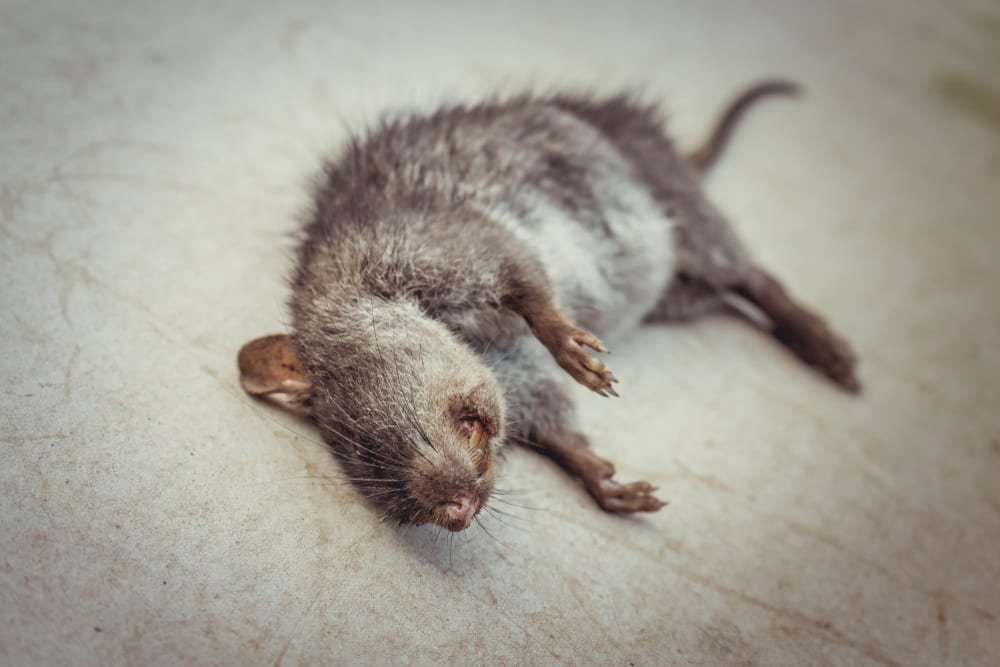 What do you do when you see a dead rat? If you leave it alone then you would probably make a poor spy. The CIA used dead rats to transfer information from their operatives. This was a very literal dead drop, which is the term used in spying when a secret location is used to pass things between agents without the two ever having to meet.

The rats were real – though hollowed out to provide a Velcro pouch for messages and money to be passed back and forth. The CIA was convinced to use them because there is no culture on Earth where people don’t recoil in horror from a dead rat. They were also impressed with the amount that could be stuffed inside one.

The only precaution needed was to dip the rats in Tabasco sauce before dropping them. While humans back away from dead rats a scavenging animal might want a bite of it – at least until they got a taste of the hot sauce.[2]

Being a spy is not all swanky parties and tuxedos. Sometimes a spy must go below and beyond to serve their country – they might be called on to hide the tools of their craft in their anus. The CIA rectal tool kit has everything a spy might need and all in a handy size for easy concealment.

Luckily for the spies the kit comes in a shatter-proof case so that they don’t get injured trying to remove it. Once out of its hiding place the kit opens to provide the secret agent with knives, drills, and picks. The kit offers everything that a spy might need to escape a sticky situation.

The rectal tool kit is an ingenious bit of engineering and miniaturisation that packs a lot of equipment into a small space. The British secret service might have come up with something similar. MI5’s official motto is “Regnum Defende” – “Defend the Realm.” It would be so easy to rebrand themselves to Rectum Defende.[3]

If dead rats were used because people tend to avoid touching them then it was just a matter of time until dog poop was employed. During the Vietnam War devices referred to as Dog Doo Transmitters were placed along the Ho Chi Minh trail. Shaped to look like the droppings of “a medium sized-dog” the T-1151 contained a detector that transmitted back to American forces.

By dropping these technological turds along the trail US forces were able to monitor the movement of goods by opposition forces. Variants of this device were created to look like the droppings of indigenous animals. They could be used as both homing beacons to guide attacks or to transmit Morse code signals if an agent picked them up.

These devices were part of a trend in open concealment – where spy equipment was made to look like something that could be left anywhere. So people who don’t pick up after their dogs are just making spies’ jobs that much easier.[4] 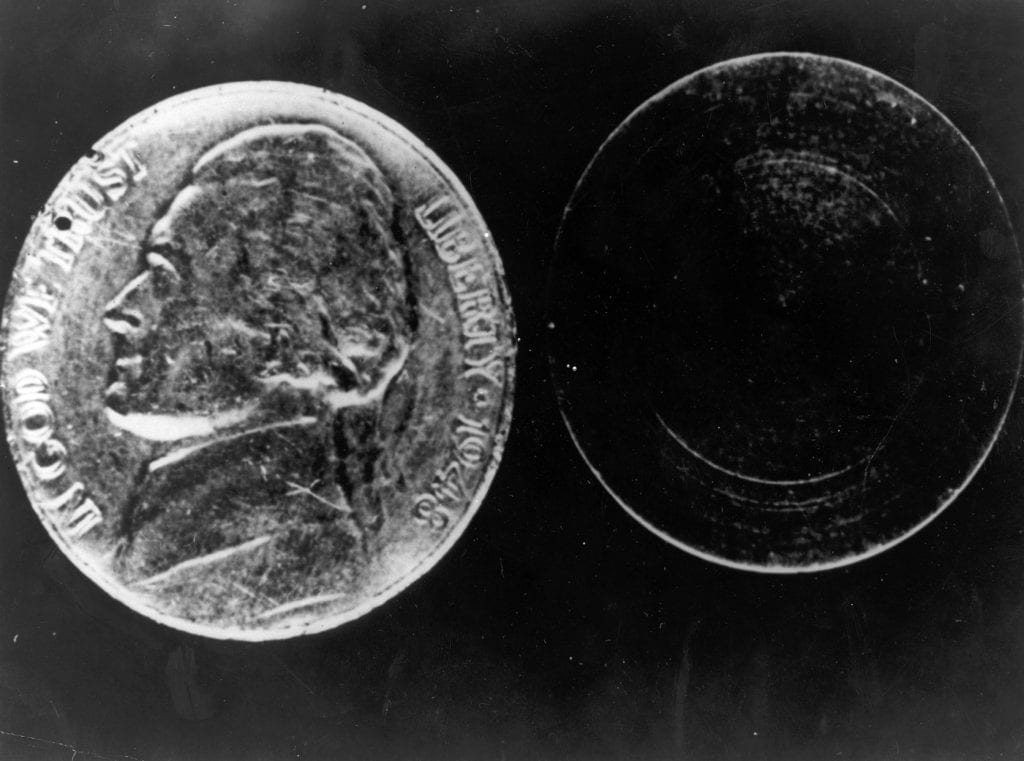 The ideal piece of spy kit is one that can be handled without anyone suspecting it is out of the ordinary in any way. You want to pick something that people see and hold every day. With coins being so ubiquitous they were an obvious target for espionage. In one case though it was a hollowed out coin that gave a spy away.

When a newspaper boy called Jimmy took a coin for his papers in 1953 he had accidentally accepted a piece of Cold War spy equipment. Dropping the coin he saw it break open and a miniature photograph fell out of the hollow inside. While it looked just like a normal nickel there was a miniscule hole drilled in the face that allowed it to be opened with a needle.

While the FBI was unable to decipher the numbers on the concealed photograph at first they were helped in picking up another spy when they found another hollow coin. Noticing the similarity to the coin Jimmy found they made arrests that broke up a Soviet spy ring.[5] 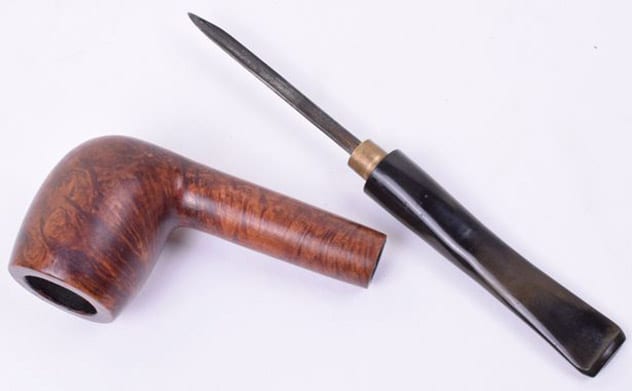 While second-hand smoking can seriously damage your health there was one piece of British spy kit that could have proved deadly. While it looked like a normal pipe with a quick twist it could be opened up to reveal a lethal steel blade inside. If an agent found themselves in need of giving a foe a quick stab then they would always have a knife to hand.

The pipe was created by the Special Operations Executive during the Second World War. They were responsible for producing equipment to help secret agents behind enemy lines. While much of their work involved creating gadgets to help spies avoid detection some of their creations were weapons to help them survive in tight spots.

The British had a fondness for offensive pipes and also manufactured a pipe that concealed a small calibre gun.[6]

Not all pieces of spy equipment were completely surreptitious. Some of them were pretty obvious if you knew where to look. During the First World War the Germans used Zeppelins to spy behind enemy lines and perform bombing raids. The drawback with Zeppelins was that they were highly combustible and slow moving. Ground forces could easily shoot them down. One way to hide was to keep them above the clouds.

When the Zeppelin was above the clouds though it was impossible for them to see their targets. To make up for their blindness they would sometimes lower a platform called a spy basket on a metal wire. A spy would sit in a wicker chair in the small vessel as it descended below the clouds and issue orders back up to the ship.

While people on the ground could hear the Zeppelin’s engines they would be unable to locate it with their lights and the spy basket was too small to be seen from below.[7] 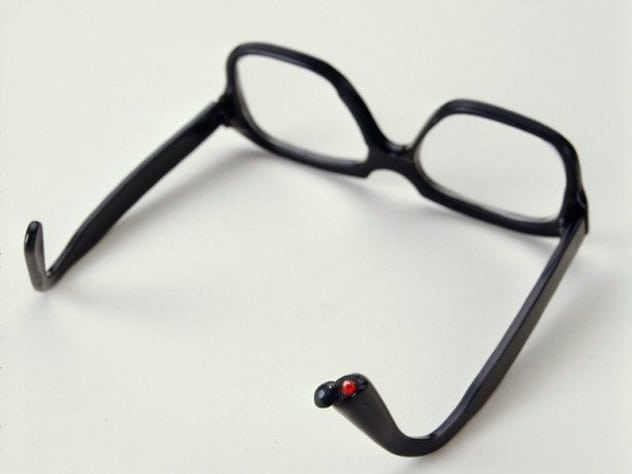 It is a tired old trope in movies that spies like to surround themselves with suicide pills. The moment they are uncovered they can gnash down on a glass ampoule of poison and perform one very final escape. One popular version is the hiding of cyanide in a fake tooth they can bite down on. One of the few places cyanide has not been hidden is in teeth – imagine if the spy grinds their teeth in their sleep?

The CIA has revealed that they once produced a pair of glasses with a cyanide capsule hidden in the tip of the arms. The agent could pretend that they were having a deep think while chewing on their glasses when in fact they were committing suicide.

In one real case Alexander Dmitrievich Ogorodnik, codenamed Trigon, a Soviet-diplomat-turned-US-spy asked his handlers for a pen with a concealed cyanide pill. Given the rough handling he could expect if the KGB ever picked him up it was a reasonable request. Trigon was arrested. When he was about to be interrogated he asked to sign his confession with his special pen. He removed the capsule, bit on it, and was dead before he hit the floor.[8] 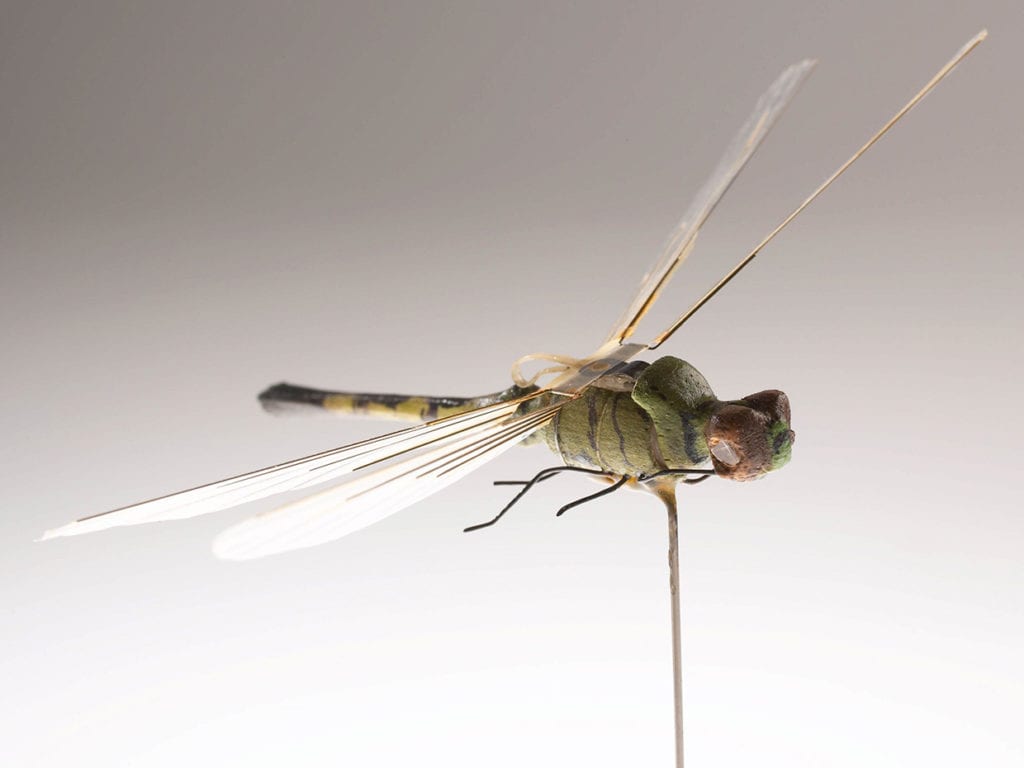 Oh to be a fly on the wall. Flies would make the best spies of all time. They would be the best bug in all of espionage. But the first attempts to make an insect spy device were not an unmitigated success.

Developed in the 1970s and made to resemble a dragonfly this first mobile listening device was the brain child of the CIA. Under perfect conditions the insect-shaped unmanned aerial vehicle could cover 200m in 60 seconds. Unfortunately the awkwardly named Isectothopter was just as awkward in the air. A light breeze would knock it well off course.

The Insectothopter was supposed to be guided by laser beams which would deliver it to its target. But given the limitations of its propulsion system it was never used in the field. With 50 years of development though it is entirely possible there are bugs out there that are indistinguishable from real bugs.[9]

When a spy needs to contact their handler in a hurry they would not have to look far for a radio if they were wearing one of the CIA’s false scrotums. Designed to be worn on the appropriate area of a male spy the scrotum was capacious enough to hide a miniature escape radio.

The idea was even if a spy was captured and strip-searched then this realistic scrotum would not draw too much attention. The rubber hiding device was naturally textured and even had wispy hairs attached. There is no word on who provided the model for the scrotum. Only the most dedicated spy catcher would linger long enough to detect the deception.

The false scrotum (which is something that is always fun to say) was unfortunately never put into widespread use. Or at least that is what the CIA wants you to believe…