This year is the 70th anniversary of the first atomic bomb dropped as an act of war. The second atomic bomb exploded only days after the first one. Hiroshima and Nagasaki, the victims of these atomic bombs, have a lot of untold stories to tell from that infamous incident. 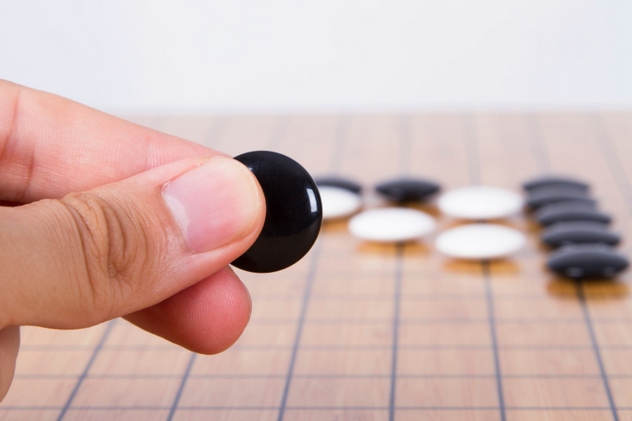 On August 6, 1945, about 11 kilometers (7 mi) outside Hiroshima, a Go match between Utaro Hashimoto and Kaoru Iwamoto was scheduled to take place. The venue of the game was shifted to the outskirts of Hiroshima at the insistence of the police, because an Allied plane dropped pamphlets warning the people of Hiroshima about a new kind of bomb about to be used.

When the bomb dropped, its impact was felt at the game venue. Windows shattered, and some of the players, spectators, and officials were injured. Probably thinking it was one of the numerous other bombs that caused the chaos, the players continued with their game after the lunch break. Only after the game did the players realize the disastrous impact of the atomic bomb. Iwamoto was so affected by what he saw on that day that he retired from playing Go professionally and dedicated his life to promoting peace.

9The Saved Cities: Kyoto And Kokura 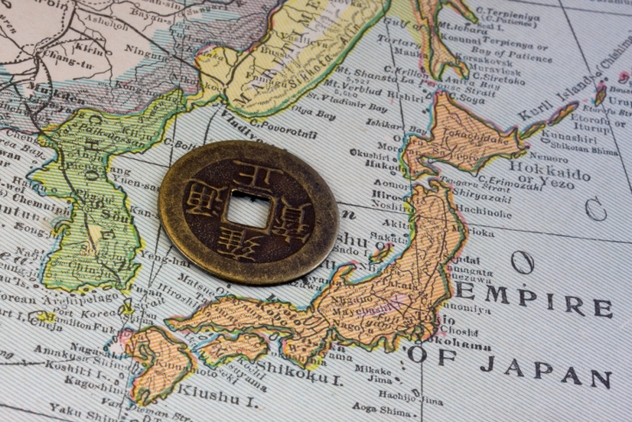 Kyoto was listed as one of the possible targets of the atomic bomb. In fact, it was at the top of the list. The city was saved by Henry L. Stimson, the Secretary of War under the Roosevelt administration, who insisted on Kyoto’s removal from the list. Stimson, who had been to Kyoto twice before that, gave a number of official reasons why Kyoto should be taken off the list. However, Stimson felt a personal connection with the city, ostensibly because he had his honeymoon there.

The other city saved from the wrath of the atomic bomb was Kokura. Kokura was the city “Fat Man” was primarily intended for. Bock’s Car flew over Kokura three times, waiting for a clear sky. Although the crew had a radar lock on Kokura, they were ordered not to drop the bomb unless they could visually identify the enormous arms factory that was their real target. Bock’s Car eventually gave up on Kokura and moved to its secondary target, Nagasaki. Although there were also clouds over Nagasaki, they were not enough to save the city.

The hibakusha are the survivors of the atomic bombs. The term hibakusha literally means “explosion-affected people.” A pressing matter for the hibakusha after the atomic bomb blasts was the discrimination they faced. It was believed that since they were exposed to radiation, they were likely to pass their diseases to whomever they came in contact with. The hibakusha found it difficult to get spouses, as people believe they would only produce deformed children. They also found jobs hard to get, because employers were of the opinion that the hibakusha might spread chronic illnesses in their places of work. To avoid this discrimination, some had to keep their identities secret. The radiation exposure they suffered in the atomic bomb blast turned them into second-class citizens. They became medical test subjects. Worst of all, some lost families and friends, who avoided the hibakusha as much as they could.

Some of the hibakusha were not Japanese, with majority of the overseas hibakusha coming from South Korea. Recently, a few South Korean hibakusha filed a case in court against the Japanese government, hoping to be recognized and receive medical benefits like their Japanese counterparts.

7The Ant-Walking Alligators Of Hiroshima 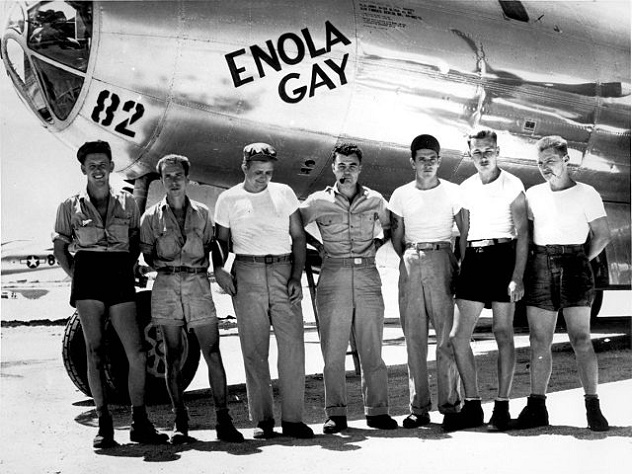 The “Little Boy” that detonated over Hiroshima destroyed two-thirds of the city and instantly killed 80,000 people (40 percent of the city’s population). In addition to this destruction, there’s a really troubling tale of the less fortunate survivors. The hibakusha had it good compared to these other survivors, who were described as horrors left behind by the atomic bomb.

Known as the “ant-walking alligators,” these people survived the atomic bomb but looked nothing like humans. Their skin seared from their skulls, leaving them with no eyes and only a small hole where their mouths once used to be. Worse still, they were usually avoided by their fellow survivors, the hibakusha. They could neither speak nor scream, but the sound they made was said to be more horrifying than any scream. They were said to murmur continuously—a sound likened to that of locusts. Ant-walking alligators did not survive for too long and died shortly after the bomb blast.

The Maltese Falcon is a 1941 movie directed by John Huston. The movie, which had been made twice before, was based on a novel of the same name by Dashiell Hammett. The movie was the inspiration behind the names of the two atomic bombs detonated over Hiroshima and Nagasaki.

The atomic bombs were named by Robert Serber (1909–1997), a physicist who worked on the Manhattan Project. Serber chose to name them according to their shape and was inspired by the characters in the movie. “Fat Man” was named after Sydney Greenstreet’s character in the movie, Kasper Gutman, while “Little Boy” was named after Elisha Cook Jr.’s character in the same movie, Wilmer Cook, who Humphrey Bogart’s character always referred to as “little boy.” The iconic movie was prevented from being shown on television for decades in the United States due to discreet sexual insinuations.

5The Enola Gay And Its Crew

The Enola Gay was the plane that dropped Little Boy over Hiroshima. It was named after the mother of the pilot, Paul W. Tibbets. Tibbets chose to name it after his mother because of her strong support for him when he left school to join the Army Air Corps against the wishes of his father. Had the bombing of Hiroshima not gone as planned that day, Tibbets had another assignment.

Although the crew members of the Enola Gay possessed little information on what the atomic bomb was all about, they were deemed too useful to be captured by the Japanese. The flight surgeon handed Tibbets 12 pills of cyanide. These were meant to be taken by Tibbets and his crew members if their plane got shot down. Tibbets was told he’d have to kill any crew members that refused to take the pill. Expressing too much optimism, crew member Robert Lewis kept a packet of condoms with him meant for celebration after their mission was accomplished. 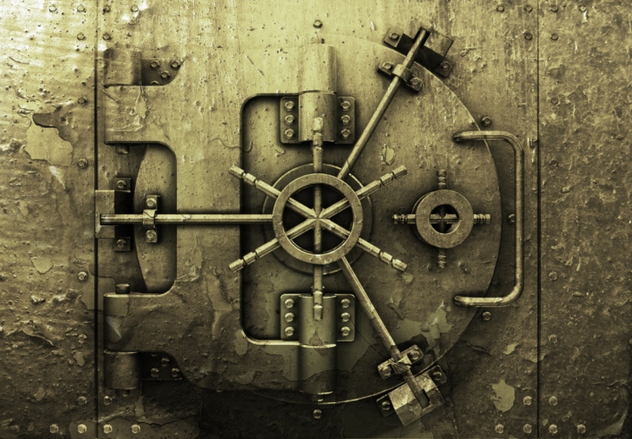 When the atomic bomb dropped on Hiroshima, it obliterated everything in its path . . . except the vault of the Teikoku Bank. The vault doors were made from steel-reinforced concrete and were allegedly as strong as a bomb shelter. They were made by the Mosler Safe Company in Ohio. The doors’ reputation led to a rush of foreigners and tourists to see the vault.

3The Bock’s Car And Its Crew 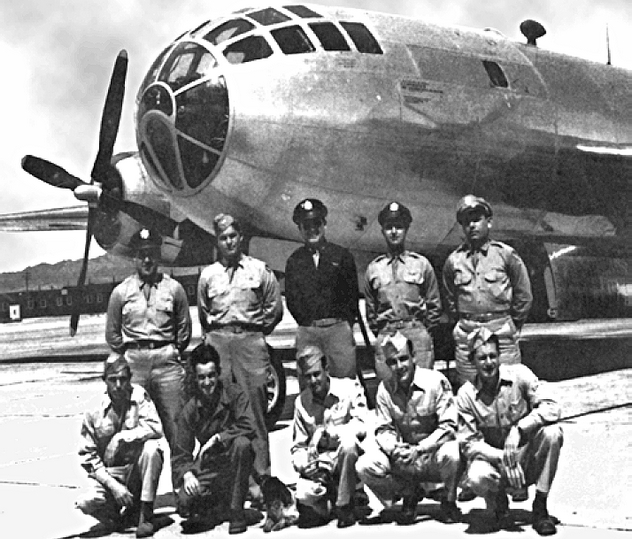 The Bock’s Car was the B-29 bomber that dropped Fat Man over Nagasaki. The plane was piloted by Major General Charles W. Sweeney. The plane wasn’t able to make use of the fuel in its reserve tank due to a faulty fuel transfer pump. But Colonel Tibbets and Sweeney agreed that the Bock’s Car would go ahead with the mission, since trying to place the bomb in another plane or repair the faulty tank would take too much time. It was agreed that Sweeney would take no more than 15 minutes at the rendezvous point. Sweeney disobeyed the order.

Sweeney slightly missed the drop. The atomic bomb could only destroy 60 percent of Nagasaki, as part of the city was protected by nearby hills. With the fuel running very low, Sweeney almost did not make it back to Okinawa. He fired every distress signal at his disposal and almost crashed into a row of parked B-29 bombers while making his landing. Sweeney’s disobedience of clear orders angered the authorities, but he was let off the hook by Chief of Staff for the Strategic Air Forces, General Curtis LeMay, who simply said to Sweeney, “You f—ed up, didn’t you, Chuck?”

2Sadako Sasaki And The 1,000 Paper Cranes

Sadako Sasaki was only two years old when the atomic bomb exploded over the city of Hiroshima. Her family lived about a mile from the spot where the bomb exploded. They managed to escape the blast unhurt but could not escape the black rain that followed. The Sasaki family began rebuilding their damaged lives shortly after the bomb, giving birth to more kids, and everything seemed all right.

One day, when Sadako was 12 years old, she discovered lymph nodes on her body. When a doctor examined her, he discovered that Sadako was dying of leukemia. While in the hospital, Sadako was told about an old Japanese legend, according to which one is granted a wish if one folds 1,000 paper cranes. Since paper was rare and scarce, it was difficult for Sadako to fulfill her wish, but with help from family and friends, Sadako folded 1,000 cranes and was in the middle of another when she passed on.

Inspired by the story of Sadako Sasaki, a movement began that helped build the Children’s Peace Monument in 1958. The monument, which features a young girl carrying a paper crane, has the following words written on it: “This is our cry. This is our prayer. For building peace in the world.”

1The Quest For Peace 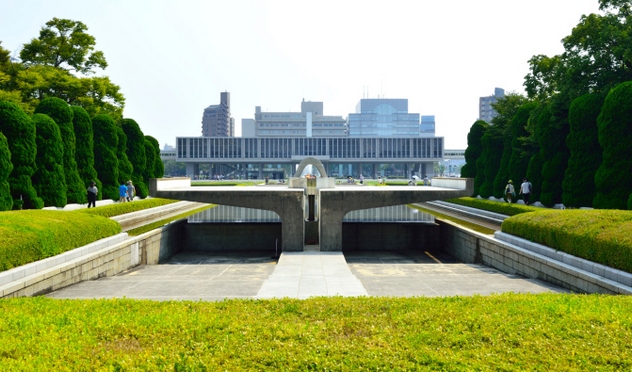 The “Flame of Peace” was created by Tange Kenzo, a professor at the Tokyo University. The flame was designed to never burn out and has been on since August 1, 1964. The design of the monument signifies two hands pressed together at the wrist, facing the sky. The Flame of Peace is regarded as a symbol against nuclear warfare. It will remain lit until the world is free of nuclear weapons.

The total number of nuclear bombs possessed by nations today shows the world won’t be free of nuclear weapons anytime soon. Sadly, we have enough nuclear weapons to destroy the entire landmass of Earth. The people of Hiroshima and Nagasaki believe that testing atomic bombs is an insult to the memories of those who’d lost their lives to the nuclear blasts. They really hope that the world superpowers will stop stockpiling nuclear weapons and help move toward a nuclear-free world.