As Tom Cruise’s body refuses to acknowledge age or the ravages of time, it seems that we are destined for even more movies about Ethan Hunt and the Impossible Mission Force (IMF). For those who know the secrets of these movies, however, the real surprise is not that Tom Cruise still wants to play a spy . . . it’s that he hasn’t gotten himself killed yet while doing it!

10 The Original Cast Hated It 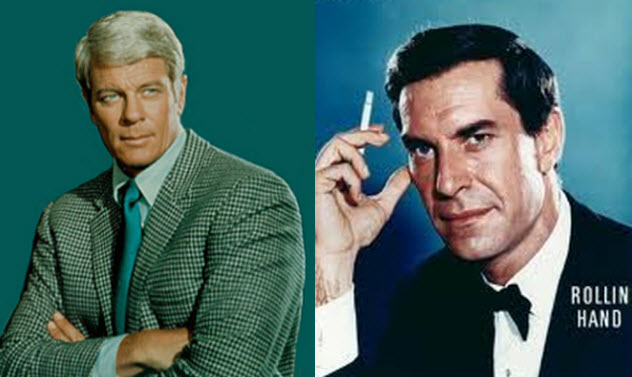 Brian De Palma, the director of the first Mission: Impossible movie, wanted to show some reverence for the original Mission: Impossible television series by asking Peter Graves to reprise his role as Jim Phelps, the role that eventually went to Jon Voight. Graves declined because he didn’t like that his character, the heroic protagonist from the original show, is revealed to be a murderous traitor.

Actor Martin Landau, who appeared as Rollin Hand in the original show, has declined to reprise his role for the modern movies because of his general disgust with them. He especially didn’t like an early script for the first Mission: Impossible movie in which the entire team gets slowly killed.

He feared that this signaled a transition from a spy picture—in which the audience roots for characters to successfully (and secretly) get into and out of trouble—into a simple action movie. On top of what he saw as a major thematic shift, Landau also didn’t think the script was very good, as many confused viewers of the first movie’s convoluted plot would agree!

9 Tom Cruise Keeps Trying To Kill Himself For These Movies

Cruise gained international attention for his film exploits in Mission: Impossible—Ghost Protocol when he insisted on climbing the world’s tallest building himself rather than relying on a stunt man. The final cut was hypnotic and dizzying, but it wasn’t the only time he risked death for these movies.

For Mission: Impossible—Rogue Nation, Cruise topped that stunt by clinging to a military Airbus himself, to the horror of Airbus and the film crew, all of whom were worried that their prize actor would plummet to his death if a bird ran into him.

When Cruise also did all of his own climbing on the cliffs of Utah’s ominously named Dead Horse Point, the terrified director John Woo was convinced that Cruise was going to fall 600 meters (2,000 ft) and die.

While all of these stunts are death-defying, the most cringeworthy moment came during the filming of Mission: Impossible II. A scene called for a knife simply to be “near” Tom Cruise’s eye. The actor insisted that the knife end up only 0.65 centimeters (0.25 in) away from his eyeball, with a cable being the only thing keeping the knife-wielding actor—instructed to use his full strength!—from putting Cruise’s eyeball and brain on the “disavowed” list. 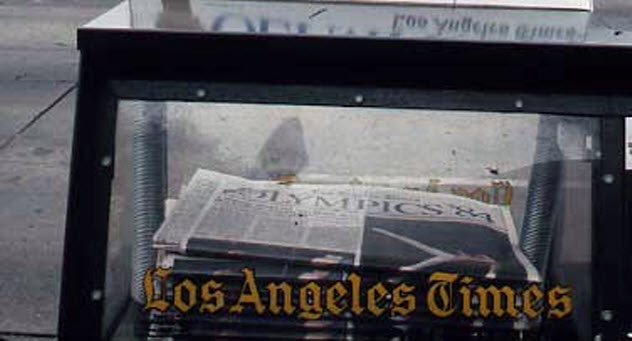 Although it was a mistake, the marketing department for Mission: Impossible III scared city officials in Santa Clarita, California, into thinking they were under attack. Paramount had created 4,500 special devices to play the Mission: Impossible theme song and hidden them in select Los Angeles Times vending boxes. So what went wrong?

Instead of staying concealed inside the vending boxes, these special devices often came loose and landed on top of the newspapers. As they were hidden all over the city, these mysterious black boxes convinced the police that the city was under siege, causing bomb squads to detonate several of the newspaper vending machines and closing a veterans’ hospital until officials could assess the threat.

Despite all the bad press for both the movie and the Los Angeles Times from this public relations stunt, the newspaper kept the remaining devices inside their vending machines until after the movie premiered.

7 The Show Walked A Line Between Plagiarism And Homage

According to an old adage, there are only seven original scripts in Hollywood. This saying reminds us that the media often feeds off itself and what we perceive as new is really just a synthesis of old ideas with new execution. With this in mind, it seems that the original Mission: Impossible television show walked a very fine line between homage and outright plagiarism.

The showrunners were actually sued for plagiarism by the creators of ABC’s detective show 21 Beacon Street and eventually settled out of court. After the settlement, Mission: Impossible snagged 21 Beacon Street writer and editor Laurence Heath to pen several episodes.

Sometimes, the writing inspiration came from literature instead of other shows. Specifically, M:I writer William Woodfield was such a fan of David Maurer’s con artist book The Big Con that he turned several of the cons in that book into episode plot points in the TV series.

Even the most iconic aspect of the original show—the prerecorded message that later self-destructs—was not an original idea. This idea was first seen in the novels Saigon and Danger Key, which star a spy with the best name ever: Nick Carter-Killmaster.

When American author Henry David Thoreau thoughtfully penned “Civil Disobedience”—about taking a moral stand and not contributing tax dollars to needless war and slavery—he had no idea that his revolutionary spirit would one day be carried out by the unlikeliest forces: Comedy Central and South Park.

When Comedy Central was planning to repeat its South Park episode “Trapped in the Closet,” which lampooned both Tom Cruise and Scientology, the Mission: Impossible actor threatened to back out of doing any promotional work for Mission: Impossible III. Comedy Central changed the episode, and South Park creators Trey Parker and Matt Stone declined to comment on the decision, reportedly to avoid further embarrassing Tom Cruise.

However, South Park fans struck back, loudly threatening to boycott Mission: Impossible III until the controversial episode was returned to the air. Other fans uploaded the episode to YouTube and petitioned Comedy Central to rebroadcast it. The network reportedly did not make any effort to pull the episode from YouTube and did eventually rebroadcast it, making Parker and Stone happy. They are even happy with Tom Cruise, declaring that the publicity inadvertently generated by the actor did more for their show than anyone else ever could. 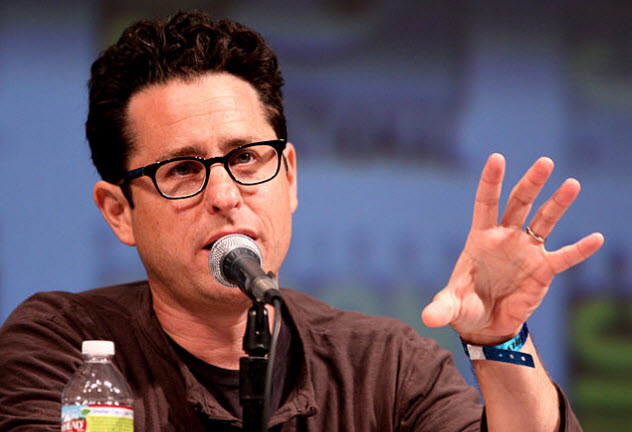 When it comes to the geek landscape, it seems like J.J. Abrams is everywhere, from the rebooted Star Trek movies to Super 8 to Star Wars: The Force Awakens. But this would never have happened if not for one factor: Tom Cruise likes to binge-watch TV.

The third Mission: Impossible movie had trouble finding the right creative team. Originally, David Fincher was set to direct, and after he bowed out over creative differences, director Joe Carnahan was selected. He envisioned a movie with Kenneth Branagh as a character like Timothy McVeigh starring alongside Carrie-Anne Moss and Scarlett Johansson. This did not jibe well with the studio’s plans, so Carnahan quit over competing visions of the film’s tone.

Fortunately, Cruise had an idea. He had just finished binge-watching the first two seasons of Abrams’s Alias series, and he personally offered him the directorial job. Obviously, Abrams accepted, and the successful film propelled him to superstar directorial status. 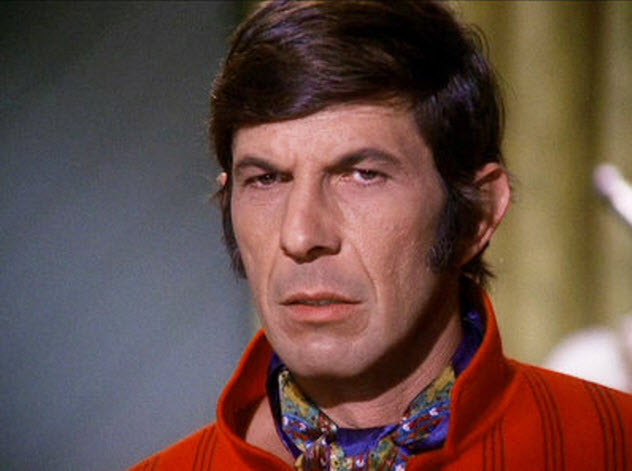 In 1965, venerable actor Martin Landau was offered two intriguing TV roles: one as a disguise-savvy spymaster on Mission: Impossible and one as Mr. Spock, first officer aboard the starship Enterprise on Gene Roddenberry’s revolutionary show Star Trek. According to Landau, he could not “play wooden,” which is how the logical and emotionless Vulcan officer had to behave most of the time. “[The character of Spock is] the antithesis of why I do what I do,” Landau was quoted as saying back then. Obviously, he joined Mission: Impossible, so Roddenberry cast iconic actor Leonard Nimoy as Spock, and the role defined the actor for the rest of his life.

Interestingly, Landau and Nimoy nearly crossed paths again on Mission: Impossible. Landau played the role of Rollin Hand, a master of disguise who used his infiltration skills to help the IMF. When Landau left the show after the third season, his role was replaced by the character The Great Paris, played by Nimoy just after Star Trek was canceled. 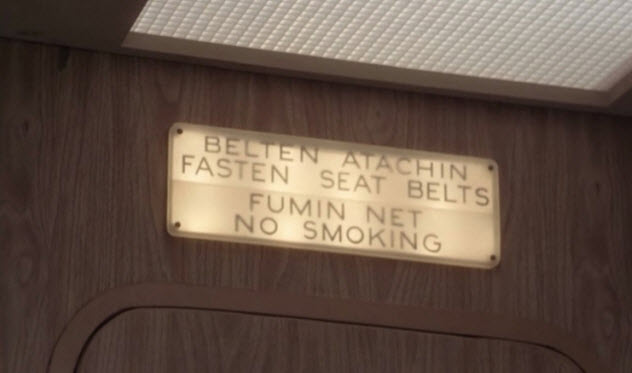 Considering that Mission: Impossible started airing in 1966, it’s no surprise that the Soviet Union was the primary bad guy for the American spy protagonists. But it is surprising that the show went to great lengths to avoid mentioning the Soviet Union.

However, the show did mention specific locations associated with the Soviets, such as the Lubyanka prison. Also, when the show mentioned enemy countries, they used descriptive and evocative names that were designed to be less offensive to other countries. These names included “Eastern European Republic” and “European People’s Republic.”

When the show had to feature language from one of these enemy countries, the words weren’t in the proper native tongue. Instead, they were written in “Gellerese,” named after the producer Bruce Geller. Gellerese served three primary functions: It continued the practice of not directly naming enemies of the United States, it made things easier for the audience (most of whom did not speak these countries’ languages), and it served as comic relief. After all, you didn’t need to speak Russian to figure out that “gaz” is not the Russian word for “gas.” 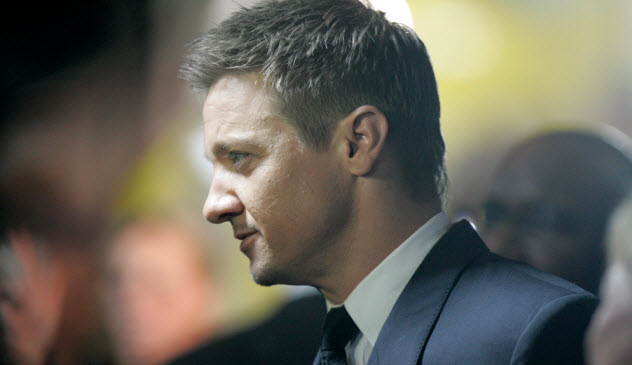 Of all of the Mission: Impossible movies, the Abrams-directed Mission: Impossible III was the most disappointing from a box office standpoint. The movie made $100 million less than its John Woo–directed predecessor, and Paramount had a theory as to why: Tom Cruise’s very public stumping for Scientology, his exuberant jumping on Oprah’s couch, and his dissing of Brooke Shields on national TV for taking psychotropic medication for postpartum depression all made the public—and especially women— wary of the veteran actor. While the movie grossed well enough to warrant making Ghost Protocol, Paramount wanted Cruise out of the franchise.

So Jeremy Renner’s character was brought onboard to gracefully take over the franchise after Ghost Protocol. According to MovieFone, the original script bluntly killed Cruise’s character early in the film, making Renner the main star of the picture. Fortunately for everyone (except Renner), the film kept Cruise’s character alive long enough for him to wow audiences. With his appeal rating up and his star power fueling an immensely successful sequel, Paramount had no choice but to keep Cruise for the next film, Mission: Impossible—Rogue Nation.

Many Hollywood blockbusters are filled with Easter eggs for the eagle-eyed, and Mission: Impossible—Ghost Protocol is no exception. One of the weirder Easter eggs comes from a prospective target of one of the missiles that Ethan Hunt stops. The missile is headed to Emeryville, California, a city known primarily for being the headquarters of Pixar Animation Studios.

So why was Pixar nearly blasted beyond infinity? Ghost Protocol was directed by Pixar veteran Brad Bird, who is most known for his hit animated film The Incredibles. As this movie represented his shift into directing live-action films, his decision to nearly blow up the onscreen version of his old friends and colleagues served as a wink and a nod to this transition.

Of course, Bird made it clear that he had not forgotten where he came from: In the movie, Ethan Hunt went by the code number “A113,” and the number appeared again on a class ring in the movie. This was a reference to one of the classrooms used when Bird was at Cal Arts, and he sneaks references to it in all of his films.

@PocketEpiphany is worried about the cost to taxpayers for all of these self-destructing messages.