Elections are usually the exclusive province of living people. Typically, certain requirements must be met before someone can run for office, such as a minimum age or living in the area one wishes to govern. Having a pulse kind of goes without saying.

But none of that has stopped dead people from defeating their living contenders, sometimes by significant margins, to win seats they will never occupy. Voters were usually aware that the candidate they were voting for was dead, but they still went out to vote for them. In all instances, the deceased winners died before their elections, but their names remained on the ballots for legal reasons. 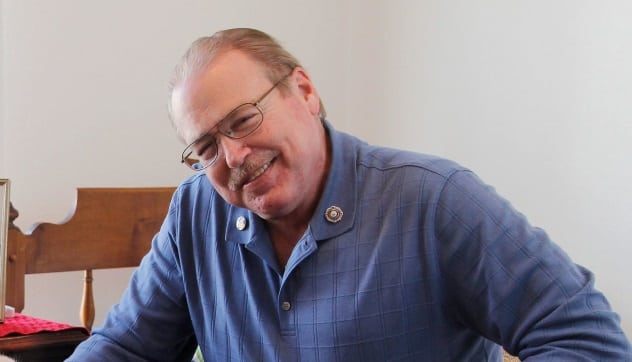 In 2016, a deceased Gary Ernst was elected treasurer of Oceanside, California. Voters and city council members were aware that Ernst was dead but went on to vote for him because they did not want his rival, Nadine Scott, to clinch the post. One councilman, Jerry Kern, famously told voters to vote for the deceased Ernst so that Kern could select someone else to fill the position.

After Ernst’s death, Nadine Scott informed prospective voters that Ernst was dead and requested that they vote for her instead since she was the only candidate left. She lost the election after garnering 15,500 votes. Ernst got 17,659.[1] Despite losing the election, Scott requested that the city council make her treasurer. The city council refused and appointed Rafe Edward Trickey Jr. to the post. 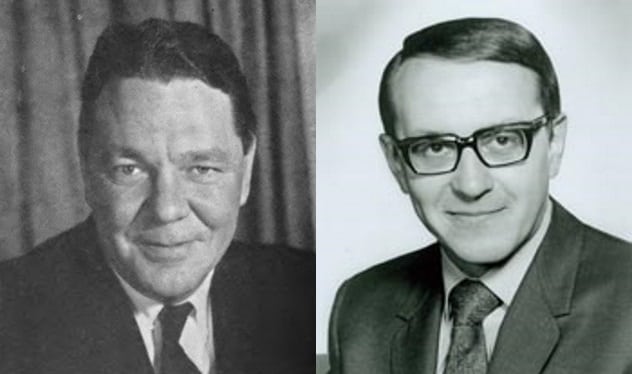 On October 16, 1972, a Cessna 310 airplane went missing as it flew from Anchorage to Juneau, Alaska. On board were five men, including Democrats Hale Boggs (left above) and Nick Begich (right above). Boggs and Begich were serving in the US House of Representatives at the time; Boggs was the House majority leader, and Begich was one of Alaska’s representatives. Both were running for reelection. In fact, they had been flying for a campaign at the time their airplane went missing.

A massive search was launched to find the lost airplane. It involved 90 civilian and military aircraft flying for a total of more than 3,600 hours over 842,000 square kilometers (325,000 mi2) of terrain for 39 days. It was the largest search and rescue operation in US history at that time. The airplane was never found. In response, Congress demanded that all airplanes operating in the US be fitted with emergency locator transmitters.

Boggs’s death spawned conspiracy theories. He had been a member of the Warren Commission, tasked with investigating John F. Kennedy’s assassination. Boggs never supported the commission’s finding that Lee Harvey Oswald had been working alone. He insisted that at least one other person had shot at Kennedy. Some assumed that Boggs was killed to stop him from revealing the truth. 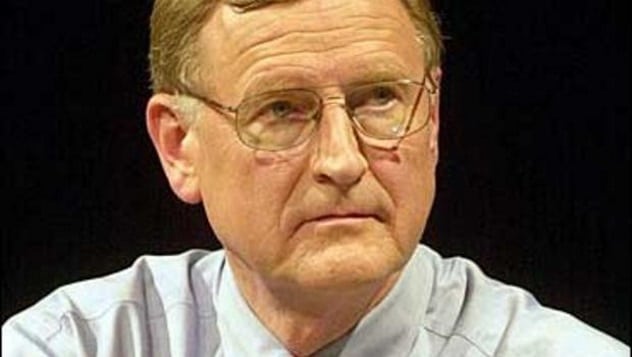 In 2000, Missouri governor Mel Carnahan was elected as one of the two senators representing the state in Congress, even though he had died three weeks earlier. The late Mel Carnahan defeated the incumbent senator, John Ashcroft, with 1,075,872 votes (50 percent) against Ashcroft’s 1,039,409 votes (49 percent).

Both contenders had been engulfed in a serious rivalry to clinch the seat, even though they had worked together several years earlier. Carnahan served as lieutenant governor of Missouri when Ashcroft was governor. Carnahan later became governor after Ashcroft completed his term and moved to the Senate.

Carnahan was rounding out his second term as governor when he decided to run for senator. He never got to the Senate because he died in a plane crash alongside his son and aide just three weeks before the election. His name could not be removed from the ballot because it was too close to the election.

Carnahan’s party doled out $700,000 for advertisements featuring his wife, Jean, appealing to voters to vote for her late husband. Roger Wilson, Missouri’s lieutenant governor—who was promoted to governor after Carnahan’s death—promised to pick Jean to take over her husband’s place in the US senate.[3] 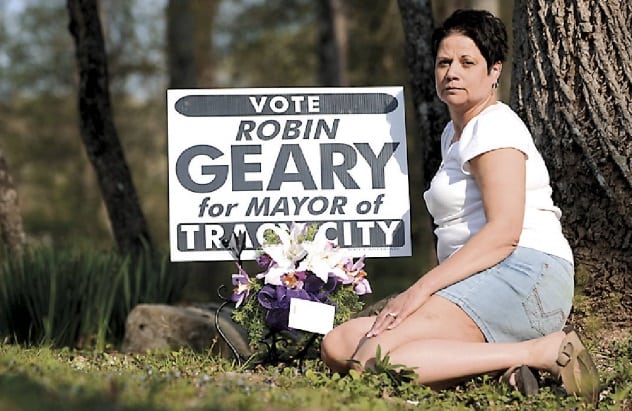 In 2010, Carl Robin Geary was elected as mayor of Tracy City, Tennessee. But he never got to be mayor because he had died of a heart attack before the election. Voters knew Geary was dead, but they still voted for him because they did not want his contender and incumbent mayor, Barbara Brock, to remain in office. Barbara got just 85 votes, while Geary got 268.

Voters wanted Brock out of office so bad that one man stated he would vote for the deceased Geary if he ran for reelection. The loss meant Mrs. Brock had a very unique political profile. She was selected to become mayor in 2008 after the previous mayor died in office. Then she lost that seat to another dead man.[4] 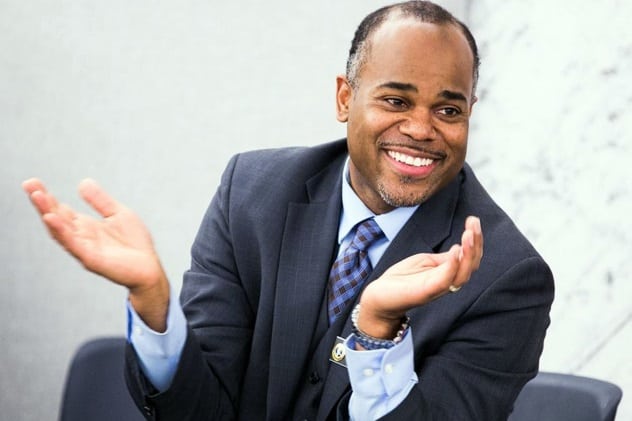 In 2014, Roger Freeman was campaigning for a seat in the Washington state legislature when he died with just six days left before the election. He had served a first term and was ready to serve a second when he died of colon cancer on October 29, 2014. He still went on to win the election, though.[5]

After Freeman’s victory, it was determined that the councils of King and Pierce counties, which Freeman was supposed to represent in the state legislature, needed to elect one of the three nominees presented to them by the Democratic Party to replace Freeman. The Democrats presented the three nominees, but the councils of both counties were undecided.

They were unsure whether they were supposed to hold a joint voting session or vote separately to select Freeman’s replacement. The councils remained undecided until the 60 days required by law elapsed. This automatically gave Governor Jay Inslee the power to select one of the nominees as state legislator. Inslee appointed Carol Gregory—who happened to be the same person the Democratic Party wanted to replace Freeman. 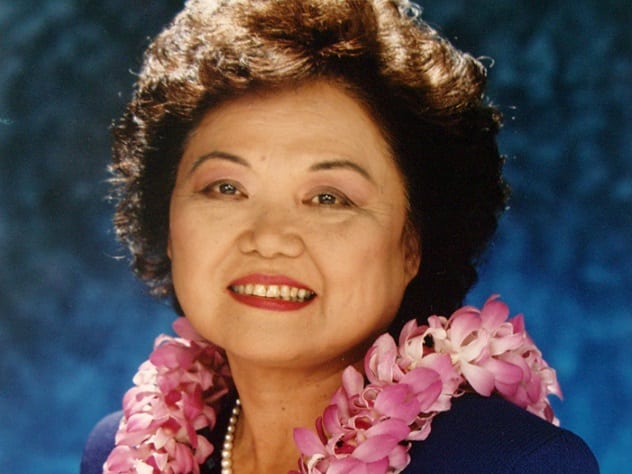 A Democrat, Mink had grabbed 56 percent of the votes to defeat her Republican contender. The Democratic Party could not swap her for another candidate because it went against election laws. Had she died two days earlier, they would have been legally permitted to make a last-minute replacement. A special vote was called to select a successor to complete Mink’s current term, while a new election was scheduled for January to determine who would serve her new term.[6] 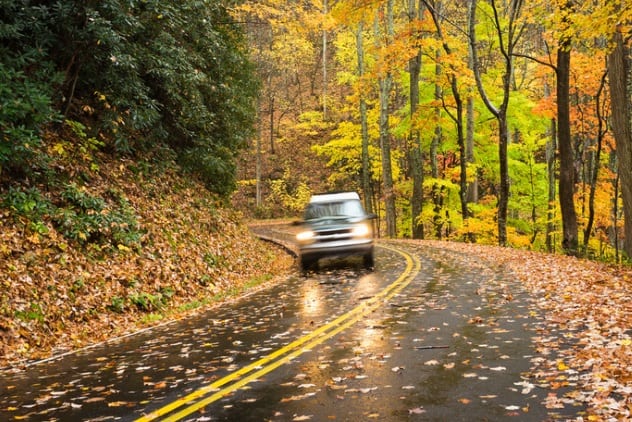 On October 17, 2008, Pennsylvania state senator James J. Rhoades and his wife, Mary, were driving to an event when he collided with a pickup truck. Mary survived, but James died of his injuries. The driver of the pickup, Thomas Senavitis, suffered severe injuries to his right leg, along with other wounds.

Rhoades’s death was not enough to prevent his reelection into Pennsylvania’s state legislature 17 days later. His name was not changed on the ballot because it was too close to the election date. The Republican Party also continued campaigning for him as if he were alive. The result was that Rhoades got 66,037 votes while his closest rival, Peter J. Symons of the Democratic Party, received 36,779 votes. Dennis Baylor, who had run as an independent candidate, had just 2,233 votes.[7] 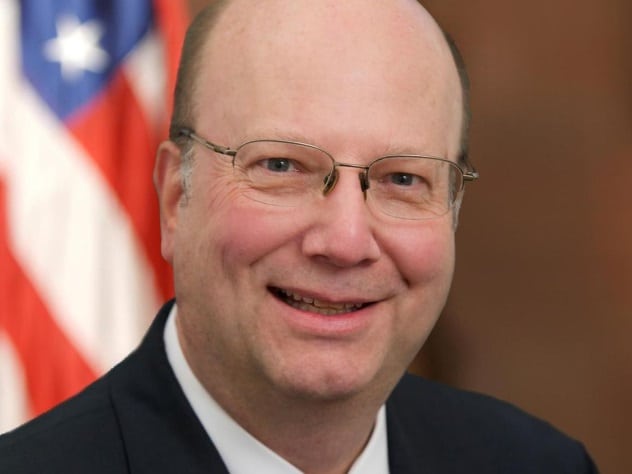 Bill Nojay was a member of the New York State Assembly and was running for reelection when he committed suicide in 2016. This changed nothing, as he still went on to win the Republican primary for his district. The exact motivation for Nojay’s suicide was unclear, but he was facing fraud charges in Cambodia and was under FBI investigation at that time. He was reportedly supposed to turn himself in to the FBI due to federal fraud charges on the day he shot himself.

On that fateful day, he drove to his family’s cemetery plot in Rochester and shot himself as a police officer arrived. In faraway Cambodia, he was due to stand trial after he was implicated alongside two unnamed men for defrauding an investor of $1 million in a rice deal. The Republican Party remained undaunted by Nojay’s death and asked voters to vote for him so that they would be able to select a replacement to run against the Democratic candidate.[8] 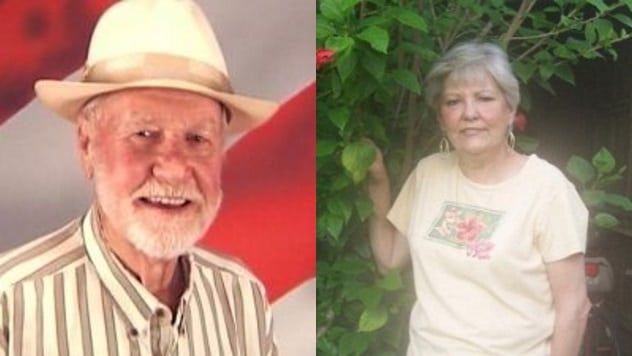 In 2012, Charles Beasley won the election for a seat on the county commission in Bibb County, Alabama. He got 52 percent of the vote to beat his rival, Walter Sansing, who got the remaining 48 percent. There was a problem, though. Beasley had died two weeks earlier. His name only remained on the ballot because Alabama state laws mandate that the ballot cannot be altered after it has been printed.[9]

Beasley was not the first deceased person to win an election in Alabama that year. On July 30, a deceased woman named Janice Canham was reelected as the mayor of Jacksons’ Gap. Canham had 128 votes compared to her contender, Michael Crouch, who had 66. Obviously, Jacksons’ Gap is a small town. This also means most of the voters probably knew each other and were aware that Canham was dead. Why didn’t they just vote for Crouch? 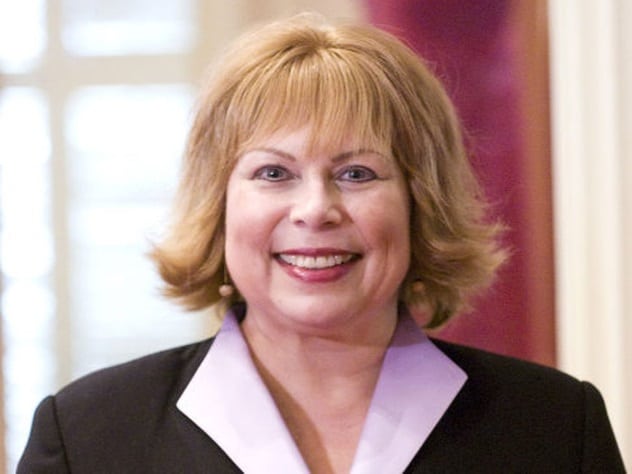 In November 2010, Democrat Jenny Oropeza defeated Republican John Stammreich to win a seat in the California state senate. There was a small problem, though. Oropeza had died of cancer a few weeks before the election. Her name could not be replaced on the ballot because her death was too close to the elections, so the Democrats just went on with her.

After Oropeza’s death but before the elections, the Democratic Party sent mailers to prospective voters, informing them that, “Senator Jenny Oropeza’s illness has been a tragedy. Her strength through her struggle inspired us all.” They never directly stated that she was deceased.

The Republicans criticized the mailer and accused the Democrats of being insincere with their campaign. They said the Democrats were only trying to make the state call for a special election. Nevertheless, the deceased Oropeza comfortably defeated Stammreich. She got 58 percent of the votes, while Stammereich got 36 percent.[10]

Read about more bizarre elections on 10 Insane Facts About The Craziest Election In US History and 10 Crazy Consequences Of America’s Dirtiest Election.