Social networking is one of the revolutionary trends of our time. While most people know the big social networks like Facebook, Instagram, or Twitter, many less-known sites are trying to just get their feet off the ground or cater to only niche demographics. 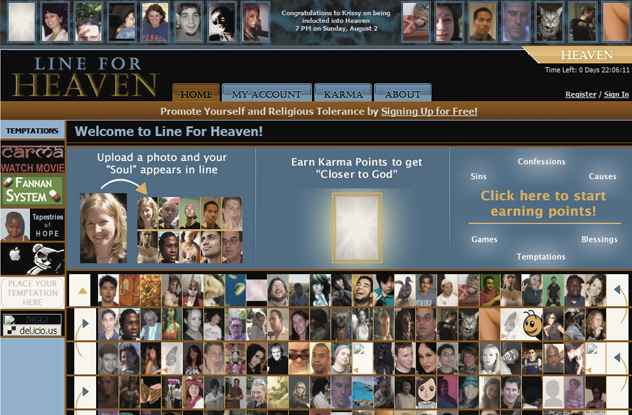 For those who do not find Facebook or Reddit Christian enough, a group of intrepid Christians created the website Line For Heaven, a social media site specifically for those Christians who want to compete in a virtual race to heaven. On Line For Heaven, users compete for karma points by doing tasks that bump them up higher and higher in the heavenly ladder.

Users earn karma points by supporting causes and playing games as well as other more religious-themed actions like giving other users blessings and confessing their sins. The more actions completed, the closer a person is to godliness, with the top user of the site being the closest to heaven, a place now held by so-called “Angel #1,” who goes by the name of “BJ.”

The ideas behind Line For Heaven may seem off-putting. For instance, people get 20 karma points if they confess to a sin and if 20 people forgive them of the sin. But they also can receive points for simply getting other people to join the social network. 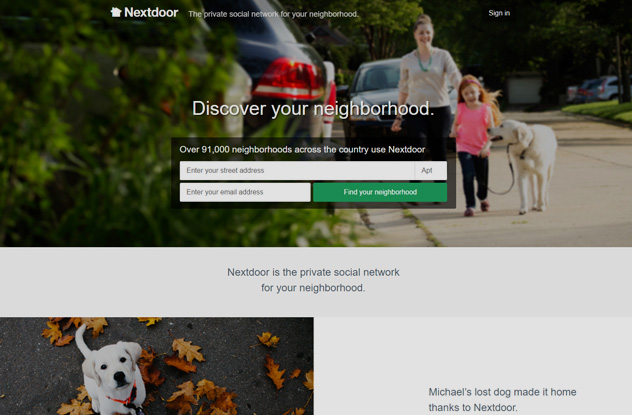 While most social networks advertise their ability for people to connect across the world, the makers of Nextdoor are more focused on creating social networks within immediate surroundings. Users of Nextdoor can only connect with people within their own community neighborhood and surrounding neighborhoods. Limiting the network to small geographic area helps protect the privacy of the users.

Nextdoor creates a communication network for neighborhoods. The advertised use of Nextdoor is to help people find local business for their needs, hire local babysitters, and (most importantly) spread information about possible crimes in the area, creating a virtual neighborhood watch that can alert homeowners of possible threats to their safety.

In the past few years, Nextdoor has attacted controversy from various journalists, some of whom believe that the network will lead to neighborhood bullying. Another criticism comes from the ease of racial profiling on the app. Most of the “suspicious activity” reported by neighbors focuses around African-American visitors to the community. Users believe that the app allows communities to become more engaged in racial profiling than they otherwise would. 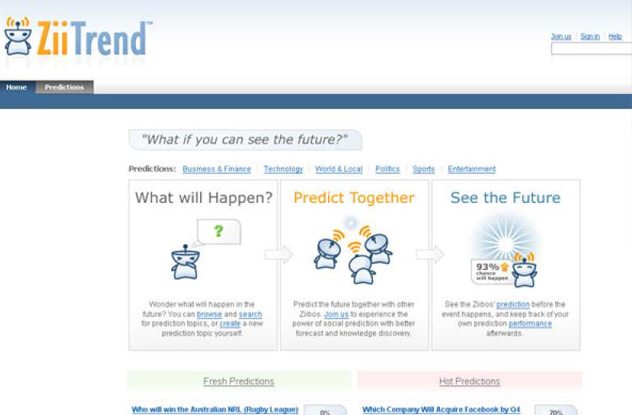 Although now defunct, ZiiTrend was an interesting social media site in the mid-2000s that focused on the predictive capabilities of the Internet community. ZiiTrend users organized themselves by areas of interest, which could range from economics to even the mundane tasks of everyday life. Then, the users would each send predictions about future events for everybody to vote on.

Using programming algorithims, the ZiiTrend servers brought together these predictions and posted most likely outcome for future events. Thus, it relied on the collective knowledge of the Internet to find out the trends that the world was experiencing.

The exciting aspect of user-parsed future predictions was the big pull of ZiiTrend. Unfortunately, it did not catch on. Some tech pundits believed that the website was not user-friendly enough for first-time users and did not evolve to have a broad set of features. Whatever the case, ZiiTrend fell apart, leaving it just an interesting footnote in experimental social networks.

nclüdr, the most awesomest ultimate social network, ever

Another now-defunct social network is Ncludr, which had an interesting take on Facebook’s user-generated profiles. Designed as a tongue-in-cheek satire of modern social networks, Ncludr had users answer a few questions when they signed up and then generated a profile based on the questions. All of the different aspects of a user’s profile were determined by the algorithm and could not be changed.

Ncludr also made everybody friends with everybody else. Where Facebook requires people to send one another friend requests and wait for a response, a user of Ncludr was automatically connected with every other user on the network (and more than a few fake profiles). This eliminated privacy but also showed that people had 12.3 billion friends.

When it first came out, tech journalists realized that whoever created Ncludr registered the website anonymously, which further confirmed that the thing was a big joke. Nonetheless, it briefly became a point of interest for Internet users looking for something different. Ncludr remains one of the few parody social network sites. 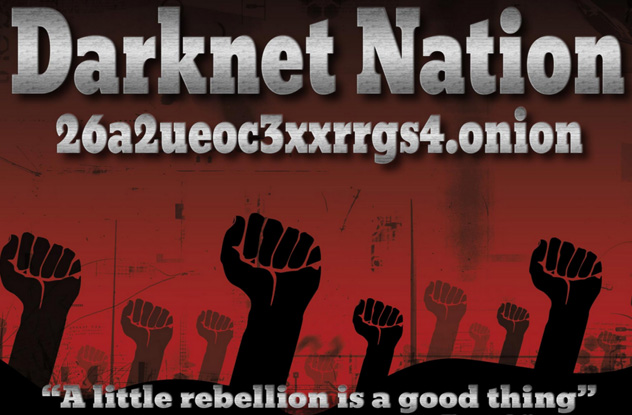 The dark web is the collection of websites that are not accessible through standard browsers, often requiring specialized tools such as Tor browsers to reach them. Unlike the surface web (the Internet that most people are familiar with), the dark web is not searchable by most web crawlers and is also well known as a haven for the darkest parts of society, including organized crime and child pornography. But some dark web users have used the anonymity of the dark web to set up special social networks.

Since it is impossible to index the dark web, it is also impossible to know the extent of the dark web social networks, but a few sites are known to the surface web world. One of the more visible dark web social networks is Galaxy2, designed by a programmer who goes by the name Lameth. Galaxy2 requires all users to use pseudonyms but allows them to talk and interact like in a normal network. Galaxy2, like many dark web sites, attracts people like child pornographers, but Lameth planned his network to make sure that they would not be able to conduct their activities through the site. While small and hidden from normal view, Galaxy2 has just as active of a user base as Facebook or Twitter.

Other dark web social networks take on a more political edge, such as the network Darknet Nation. The website is a haven for those who might have radical political beliefs or opinions, allowing them to communicate with similar people. Darknet Nation runs like a decentralized government, giving different officers control over different parts of the site but without a single person in charge of everything. In this way, Darknet Nation hopes to bring some order to the disorder of the dark web. 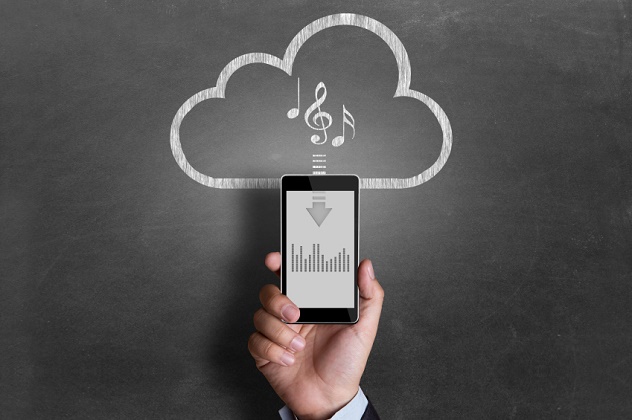 Effortlessly transmitting files and links to other people is one of the main appeals of smartphone technology, but the developers behind Chirp are taking this social network idea in a different direction. Using software that encodes images and files as sound, Chirp allows people to connect and share information without having any data or Wi-Fi connection on their phones.

The idea behind Chirp is pretty simple but fascinating. The app takes the files and encodes it as sound, which can be played over any audio device. When it is played, anybody using Chirp on their devices in the vicinity will pick up the sound and save it for later. Once the device gets Internet access, Chirp decodes the sound file and presents the material to its user on an interface similar to the Facebook wall.

Designers of the app are planning on it revolutionizing information sharing. Since Chirps transmit via sound, they are ideal for mass sharing of files and information using loudspeakers or radios. Advertisers and radio stations would benefit from the system by sending users up-to-date pictures and background information when they are at events. Chirp also gives private users the ability to send multiple files extremely quickly. 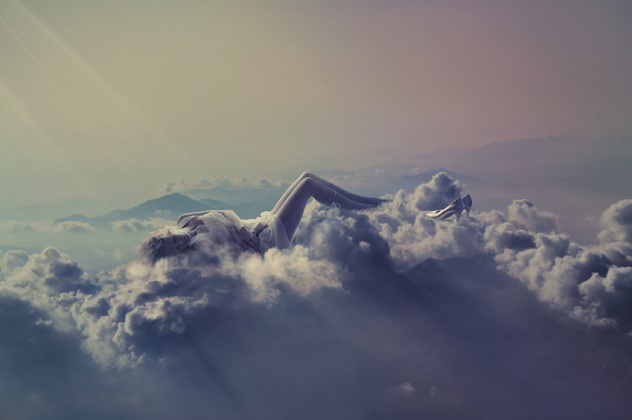 REMCloud is unfortunately not a social network site based around the popular band R.E.M. Instead, it is a new social network that attempts to offer meaningful social interactions centered on dreams.

Users of REMCloud add their own dreams to the site, where others can see them. Then, other people look at their dreams and offer suggestions about what they mean. For dream interpretations, users can either choose to talk about them in private chats with their connections or open them up to the community, where all users of REMCloud can discuss what they think the meanings are.

The most interesting feature of REMCloud is the Dream Mosaic. By characterizing dreams using key words and locations, REMCloud completes an interactive map showing what people are dreaming about in different parts of the world. This unusual feature will allow users to see what the most common dreams are in various areas, opening up more understanding of the human population. 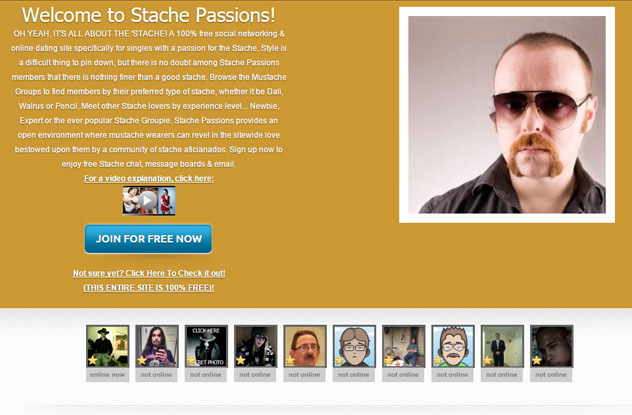 Niche dating sites often turn into social networks on their own, and Stache Passions is no exception. As you might have guessed, Stache Passions is a website solely for people who have mustaches, the more unique and interesting the better. While the website started primarily for dating, the developers now advertise it as a place for anybody with a passion for mustaches.

Stache Passions includes a variety of interesting people with fun names like HairyDoyle or ColonStache. The user base is quite eclectic, even including various women and transsexuals. Since its start, Stache Passions has grown into a complete Internet community, including pages that show the list of favorite books, video games, and movies among the users. The site has a rating system where people can rank mustaches as “newbie,” “expert,” or “Stache Groupie.” They even have a catchy song. 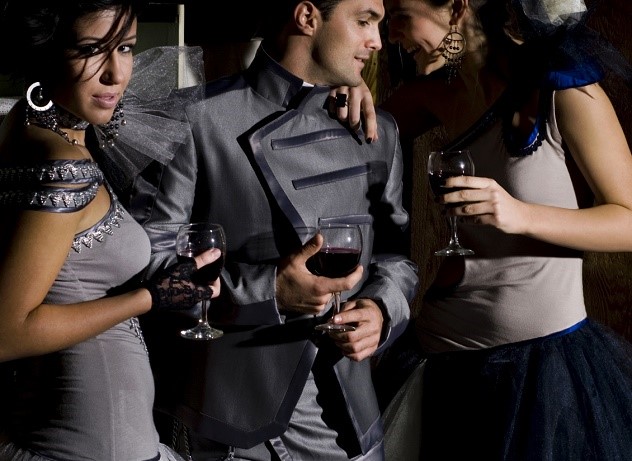 While all the other social networks listed above are open to anybody who can find them, these next two are restrictive and are some of the most exclusive online communities. One of the bigger communities is Affluence, a social network that anybody can apply to, but they have to pass an application process that includes a background check on their personal wealth. To pass the background check, members must make $200,000 a year or have a net worth of $1 million.

Even if you do not have the money, don’t worry. People can still get into Affluence if five registered users vouch that they are upper class enough to take part in the online community. Developers state that the restrictive nature of the website allows for better content than the normal social networks and allows people to make connections with other successful people.

Creator Russell Rockefeller assures the public that there is no massive conspiracy going on in the secret network of Affluence. Rather, the social network just allows successful people access to the best world events and connections that can help them get even wealthier. Users of Affluence have a personal virtual concierge that makes sure they know about all the exclusive parties and events across the globe, helping them live the wealthy lifestyle. 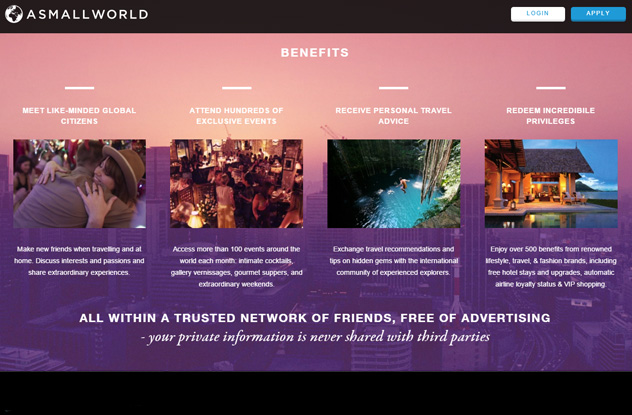 Even more exclusive than Affluence is the social network ASmallWorld. In order for a person to get into ASmallWorld, they need to have a college degree, make enough money for their application to go through, and get invited by members already on the site.

ASmallWorld networks the elite. The biggest push is to help its members travel more effectively and get the very best luxury hotels and restaurants that the world has to offer. Membership on the network also includes perks like entrance to exclusive nightclubs and free services in various major cities.

Despite those claims, ASmallWorld has issues with its business model since it does not have advertisements and is not making very much money for its creator. Because of this, everybody has to pay $110 a year as a subscription fee. But even that is not enough, because ASmallWorld caps its membership at 250,000 people.

Zachery Brasier is a physics student who likes to write on the side. Check out his blog at zacherybrasier.com.