The Victorian era began in 1837, when Queen Victoria ascended to the British throne, and lasted until 1901, when she died. Like every other period in the history of England, the era saw its fair share of weird inventions.

Declaring people in prolonged coma to be dead was quite common during the Victorian era. The lucky ones often woke up at their funerals, while the unluckier and unfortunate ones woke up in their graves, where they probably later died. This led to the introduction of “waiting mortuaries,” where the bodies of dead people were taken until they began to decay. Waiting mortuaries didn’t help much, since more dead people ended up there than living, so “safety coffins” were introduced.

Safety coffins were just like normal coffins except that they had tools and apparatuses that a “dead” person could use to either escape from the coffin or to inform people above that they were still alive. Some safety coffins had strings that rang a bell above the ground whenever they were pulled or if the “corpse” moved. Others exposed a flag above the ground whenever the supposedly dead person blew air into a tube. Others had ladders that the person could simply use to climb out of the grave. 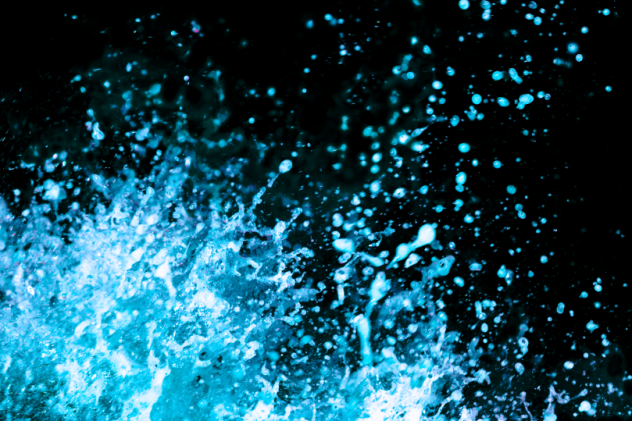 Many Victorians believed in the use of water to treat injuries, cure diseases, and improve their general well-being. This often motivated them to travel to streams and rivers, where they took special baths. These rivers and streams were often far away, which meant that most people left their homes for several months at a time. Wave and rocking baths were invented to put an end to these journeys.

Wave and rocking baths looked almost like regular bathtubs except that they were curved and had a raised top. The curve was deliberate, meant to allow users to rock the bath to simulate the movement of water currents in a river. The baths were made in different designs and sizes, depending on the manufacturer. Some looked like adult-sized baby cradles, while others looked like enclosed adult rocking chairs. Users could also turn the wave and rocking baths into normal bathtubs whenever they weren’t taking hydrotherapeutic baths. All they needed to do was to put a piece of wood at the base of one of its curves to stop it from rocking. 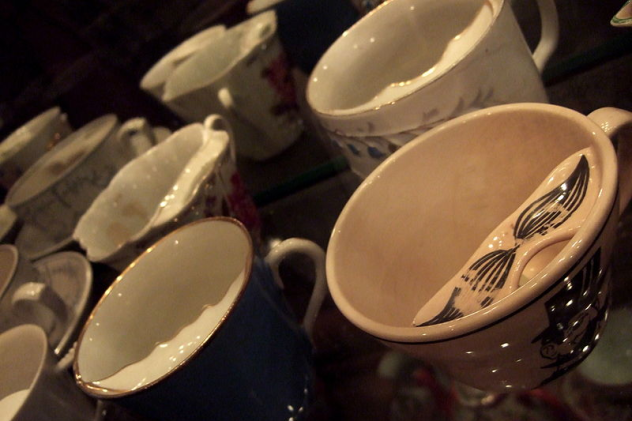 A well-groomed mustache was the pride of a perfect Victorian gentleman. Men of the era did anything—including adding wax—to their mustache to give it the required smooth and sturdy look. This, however, came with its own problems, as the wax melted or stained whenever a man would drink tea or coffee. This led to the invention of the bizarre-looking mustache cup.

It was made by a man named Adams Harvey and was almost like a regular teacup except that its top was covered with a semicircular guard that stopped the tea or coffee one was drinking from coming in contact with his mustache. Mustache cups were soon followed by mustache spoons, which were almost like normal spoons except that they were covered by a raised guard at one of their wide edges. Mustache cups and spoons went down the tunnels of history after World War I, when men began to shave their mustaches. 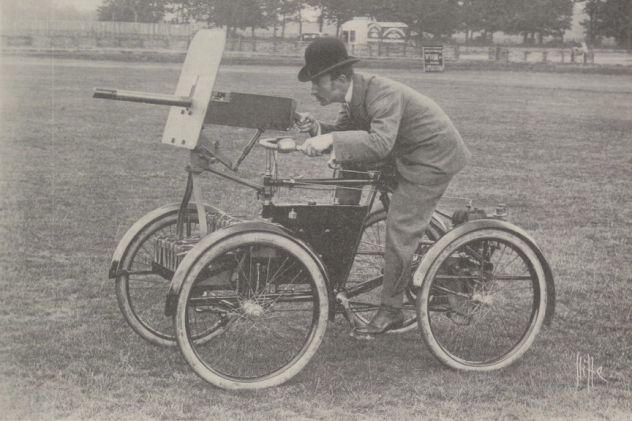 The Simms Motor Scout was invented by British inventor Frederick Richard Simms between 1888 and 1889. It is one of the world’s first armed vehicles and looked similar to the US-made Davidson-Duryea armed tricycle, except that it fielded a .303-caliber machine gun and ran on four wheels, although it is regarded as a “quadcycle” rather than a car.

The only armor on the Simms Motor Scout was placed around its machine gun, and that was to protect its operator from a frontal shot. The operator’s back and rear were left exposed, leaving him very vulnerable to fire from the side or rear. While the vehicle was never used in warfare, it did reveal that four-wheeled vehicles could also be used as mobile weapons to kill enemy forces on the battlefield. The Motor Scout also motivated Simms to create a fully armored car, which he called the Motor War Car. It’s accepted as the world’s first armored car and in some instances, the world’s first armored tank. 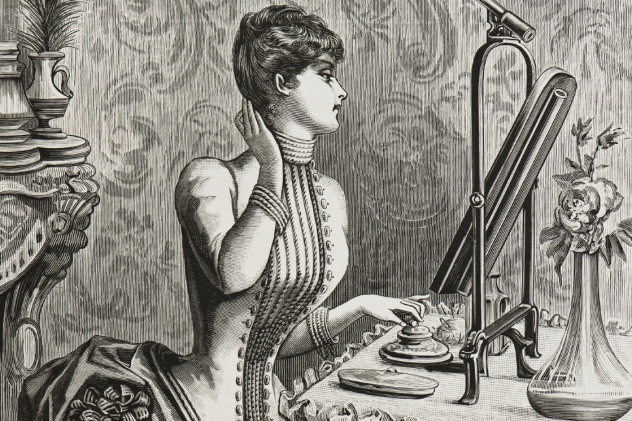 The rotary hairbrush was invented by Edwin Gillard Camp, who rented them out to hairdressers for a £45 down payment and a roughly £1 semiannual rental fee. Dust from clients’ hair was known to cause respiratory problems for the mostly male hairdressers, but many people discredited this, saying that the hairdressers were suffering from the effects of doing a female job and living a randy lifestyle. 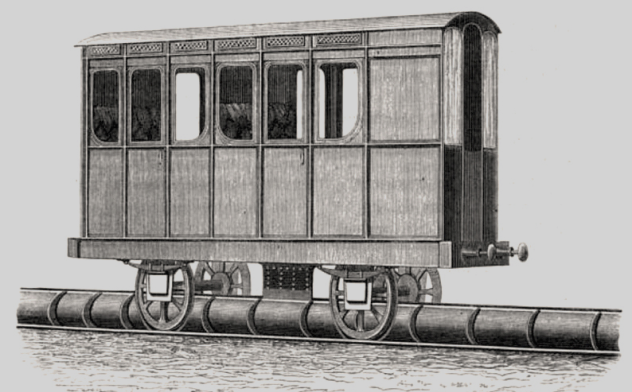 Today’s trains run on electricity and diesel. In the past, they ran on steam and coal. In Victorian England, they ran on air. There were two types of air-powered trains—atmospheric air-powered trains, which moved overland, and pneumatic air-powered trains, which moved underground. The world’s first atmospheric train station opened in Ireland in 1844 and was soon followed by another in England. The trains depended on several “pumping stations” placed 3 kilometers (2 mi) apart along the tracks to pump the air needed for locomotion. The railway system was later shut down due to its high cost of maintenance and the fact that rats often ate the leather coverings used to seal its air ducts.

Pneumatic trains, on the other hand, were invented in England after the London Post Office requested a faster means of transportation. The London Pneumatic Dispatch Railway (LPDR) operated the first pneumatic railways, which they used to transport people and parcels from one place to the other. Just like atmospheric railways, pneumatic railways also had a very high maintenance cost, and worse still, they could only operate for a short duration of time (nine minutes at most) before they suffered air loss. On top of all that, someone was often required to go inside the tube and pull the trains out with a rope whenever they broke down.

Victorian-era prisons were known to invent punishment devices for their inmates, especially those sentenced to a jail term with hard labor. One such device was the “crank”—a bizarre contraption made of a wheel and handle connected to a heavy box of stones. An inmate was required to turn the handle of the crank, and consequently its wheel and heavy stones, repeatedly before he would be served any meal or drink. If he did not turn the handle enough times, he would forfeit his meal and remain inside the cell until he turned it the required number of times.

Some convicts were made to turn the crank as many as 14,000 times a day, and jail wardens would often tighten the cranks with a screw to make them harder to turn. This is why prison wardens were often called “screws.” Inmates who had problems turning the cranks were put in another invention called the straitjacket and hung on a wall, where they remained standing for up to six hours. 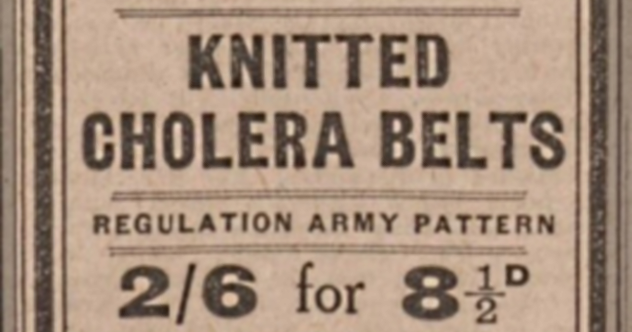 Disease epidemics, most notably typhoid and cholera, were common during the Victorian era, when personal hygiene was questionable. Sewage was dumped in rivers (the same ones from which people fetched water for drinking and cooking), and people defecated in open trenches that were cleared twice a year. We know today that cholera is caused by contaminated food, but the Victorians didn’t know. Many of them believed it was caused by bad smell. More importantly, they didn’t know how to properly treat themselves when they became infected with it.

Nevertheless, people in the Victorian era still managed to come up with a bizarre contraption called the “flannel binder” or “cholera belt,” which they believed would treat and protect them from cholera. In reality, the belts did nothing, but they saw wide usage, even in the military, where British army medical officers used them to “treat” cholera in soldiers. The military believed so much in the useless belts that they even kept them at hand in case of an outbreak. 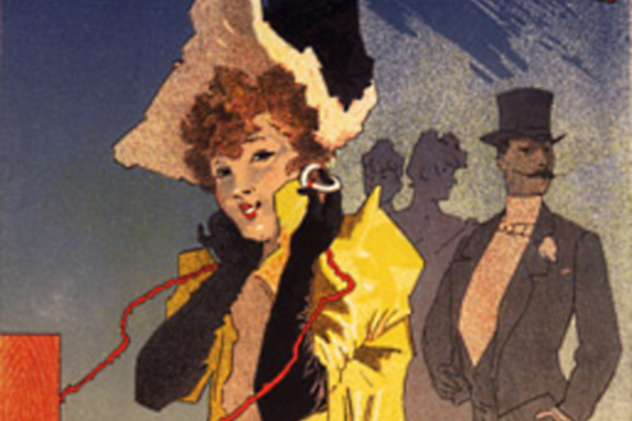 Electrophone was a media service in London that allowed people to listen to news, theater performances, and even church services, right on their telephone. The first of these over-the-telephone devices was the Theatrophone, which was invented in France by Clement Ader in 1881. The Electrophone system was started by M.S.J. Booth, who had the news read from his office, although it was also read from an affiliated newspaper’s office. Church and theatrical performances were also sent directly from their respective venues.

To connect, all a listener needed to do was to call his switchboard operator and request to be linked with Electrophone. Callers could also speak with the Electrophone center to request specific music. The service was subscription-based, costing £5 per year. Transmission via Electrophone ended in 1925 after the radio began to send free broadcasts. 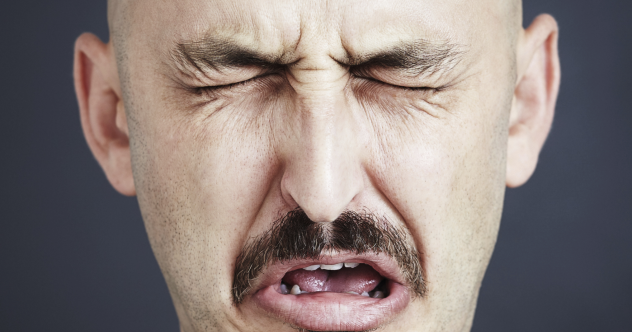