With the 2016 Rio de Janeiro Olympics coming up and the hype surrounding the many issues in sports right now, including doping and bribery, it’s almost a relief to look back at Olympic history and see the mind-blowing, hilarious, and downright insane moments sprinkled throughout the history of the games.

In 1924, during the last Olympic rugby games ever played, the US handily defeated the French 17–3 to claim the Olympic gold. While the French team members were good sports about the loss, the French crowd was less than pleased. Members of the US reserve team were attacked, and the referee needed police protection. During the medal presentations, the crowd shouted and booed while “The Star-Spangled Banner” was being played.

The shenanigans didn’t stop there. A year later, the International Olympic Committee elected a new president, who, unlike his predecessor, wasn’t fond of rugby or any team sport. Even though there were many protests and demonstrations and despite the fact that rugby was the most popular Olympic sport at the time, it was cut from future Olympic Games. It is, however, making a return for the 2016 Olympics in Rio De Janeiro.

A reserve marathon runner thrust into the 1960 Olympic spotlight because of a teammate’s last-minute injury, Abebe Bikila wasn’t taken seriously by anyone. The relatively unknown marathon runner claimed a personal best that was faster than the world record, but he was ridiculed. It probably didn’t help that after his only pair of running shoes wore out during training, he decided to run the marathon barefoot, to more ridicule.

Bikila came from a humble background. He was the son of a shepherd and had only begun running at the age of 24, training barefoot in the Ethiopian highlands. But he shined during the marathon. After being among the leaders early in the race, he overtook his final competitor just after passing the Axum obelisk, smashing the world record and even doing a little dance at the finish line while many of his competitors were too tired to do more than lie down.

Four years later, Bikila would win another gold medal and set another world record at the 1964 Tokyo Olympics, but sadly, an accident would leave him paralyzed five years later.

It was the 1976 Montreal Olympics, and the Soviets, runners-up in gymnastics for the past four Olympic Games, were restless to knock the reigning champions, the Japanese, off their perch. They were to be disappointed, however, by a mind-blowing display of courage in the face of a broken kneecap.

The gymnast in question, Shun Fujimoto, had suffered the injury during early exercises, but instead of seeking medical attention, he hid the pain and walked off the stage pretending nothing had happened. After continuing to compete and setting world records in several gymnastic exercises, he finally let the pain show as he bowed out and limped off the stage.

Japan ended up just barely getting the gold medal by a mere 0.4 points, sealing a five-game gold run. Fujimoto, when asked later whether he would ever repeat the experience, replied with a very succinct “no.”

During the 1968 Mexico City Olympics, Bob Beamon was a competitor in the long jump. He was probably expecting to do reasonably well; he probably wasn’t expecting was to break the world long jump record by a huge margin. Beamon himself almost didn’t qualify for the 1968 Olympics due to fouling his jumps, and he didn’t have a coach leading up to the games, either.

During his record-shattering jump, Beamon flew so far that he fell out of the long jump pit. Olympic officials had to use an old-fashioned tape measure because the jump had been so long that the electronic recorders failed to capture its distance. Eventually, Beamon was told that he’d jumped 9 meters (29 ft), breaking the previous record by nearly 0.6 meters (2 ft).

There were a few reasons why this might have been the case, aside from Beamon’s skill. Mexico City is at a high altitude, and the air there is thin. In addition, Beamon had a tailwind of 7 kilometers per hour (4 mph) to help lift him up. However, one must remember that those conditions applied to all his competitors, not just Beamon.

6 Henry Pearce Waited For Ducklings To Pass Him 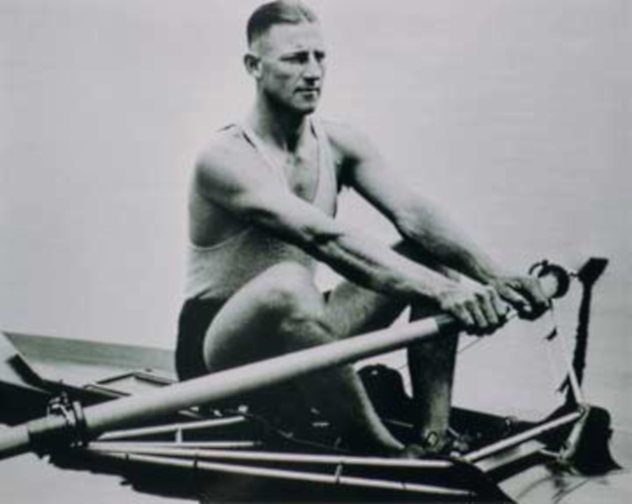 An extremely competitive rower, Henry “Bobby” Pearce came from a family of rowers. It is therefore no surprise that he dominated the 1928 Olympics. In his first competition, he decisively beat the reigning champion. He then handily beat another competitor in his second competition. It was during his third competition, however, that things became interesting.

In the middle of the race, Pearce was made aware by spectators of a duck and her ducklings crossing the canal ahead of him. Instead of cutting straight through the string of ducklings, he stopped to let them pass, to the adoration of the children watching the competition. He then caught up to his competitor and still won the match. Later on in the finals, he would set a world record that would stand for 44 years.

The fact that Pearce left his competitors so far in the dust may have saved the ducklings. Years later, his son would claim that if the race had been close, Pearce would have run those ducklings down.

Kip Keino, who was orphaned as a child, often had to run back and forth from school four times each day. It’s no surprise that in the face of great adversity, he would step up to the challenge. While competing in the 1968 Olympics in his first event, the 10,000-meter run, he collapsed in pain from gallstones, but he got up and completed the race.

Even though doctors ordered him not to compete, he told his teammates not to withdraw him from the 1,500-meter race. To compete, he snuck out and took a bus to the race. After the bus got stuck in traffic, he ran all the way to the track, reaching it just in time to start. What is amazing is that he set an Olympic record that day, beating his opponent by a handy 20 meters (66 ft), the biggest margin ever at that time. 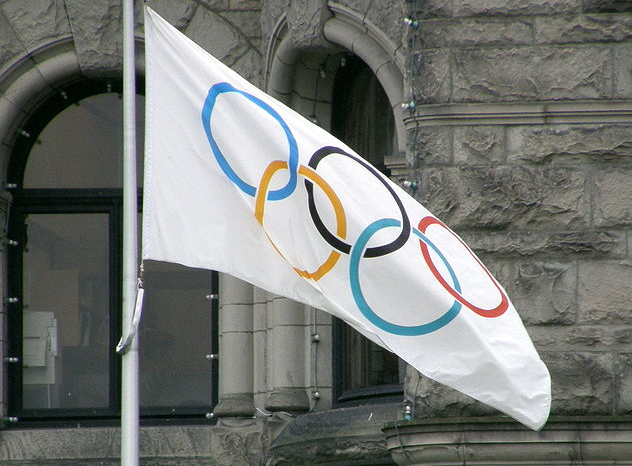 The world’s first Olympic flag went missing after the 1920 Olympics in Antwerp, and for 77 years, no one knew what had happened to it. Then, someone told Hal Haig “Harry” Prieste, the oldest living Olympic medalist at the time, that the flag was missing. Prieste responded with a shocking claim: The flag was in his bag, since he stole it in 1920. He then backed up his claim by producing the flag.

It turned out that Prieste had stolen the flag on a dare from one of his teammates. Climbing the flagpole at night, he made off with the flag and escaped the Belgian police. Then he stashed the flag in one of his suitcases and kept it around for 77 years. Regarding the flag as unimportant, he finally gave it back, saying, “People will think more of me by giving it away than by keeping it.” 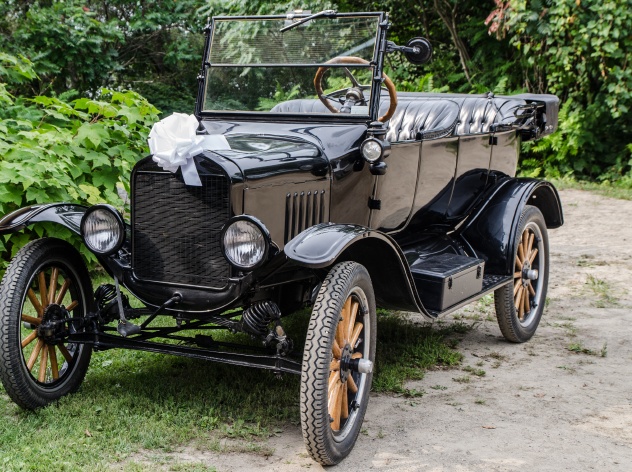 The 1904 Olympic marathon, held in St. Louis, was probably the most slapstick Olympic event ever held.

There were 32 competitors at the start, but one soon dropped out because he’d breathed in too much dust. He almost became the first person ever to die at the Olympics. Another competitor stole a spectator’s peaches, ate them, and then ate some rotten apples, which made him sick. The winner took strychnine—rat poison—in small doses as a stimulant, which was perfectly legal because there were no rules against performance-enhancing drugs at that time. A South African runner was chased off the path by wild dogs but still came ninth, which may have been made easier by the fact that only 18 of the 32 runners actually finished the marathon!

The most shocking thing about the marathon was that one of the competitors John (aka Frederick) Lorz, cheated by riding an automobile for 14 kilometers (9 mi) as a joke after suffering dehydration. Finishing first, he nearly received a floral wreath from President Roosevelt’s daughter before someone finally figured out that he had cheated. He was banned for life, but Lorz had a history as a practical joker and was subsequently forgiven.

You don’t expect Olympic events to turn into demolition derbies with multi-person pileups and lucky guys sailing past to claim victory, but that was exactly what happened to Australian skater Steven Bradbury at the 2002 Winter Olympics in Salt Lake City. On top of that, it happened three times during the 1,000-meter skating competition.

Steven Bradbury was a relatively unknown skater of no previous note. He had only notched a bronze in the 1994 Winter Olympics and had suffered a string of bad luck, first losing 10 liters of blood and then breaking his neck. He would be far luckier at the 2002 Winter Olympics, however.

Bradbury advanced through the quarterfinal when two competitors got tangled up ahead of him. Then, the same thing happened to him in the semifinal. In the finale, he was the last person in the five-man pack. He was last, that is, until the Chinese skater tripped up another skater, and everyone except Bradbury fell down. Bradbury himself, far behind them, caught up and passed them to snag the gold.

Emil Zatopek was, in the words of a fellow Olympic athlete, a man who wouldn’t shut up, even during races, where it was said that he made more friends than by socializing off the track. After winning both the 5,000-meter and 10,000-meter races in the 1952 Olympics, he turned his attention to the marathon, even though he didn’t know the rules. Olympic officials refused to tell him because they saw him as extremely annoying.

Zatopek’s strategy was therefore to follow closely the man who people said would probably win the marathon. He then struck up a conversation with the favorite, who, irritated, sarcastically told Zatopek that he was running too slow. Zatopek started to run faster, leaving the man behind. He also didn’t take food or drink from the refreshment tables provided to the competitors because he didn’t know refreshments were provided to marathon runners. Zatopek went on to win the marathon.