If someone were to ask you “who is the richest man of all time,” the name Bill Gates or Warren Buffett might pop into your head. Although those men are exceedingly wealthy, they are far from the top 10. The richest of the rich belong in a separate club than the rest. It is a club for men who have built legendary amounts of wealth and monumental legacies. Here is a list of the top 10 wealthiest men in human history! 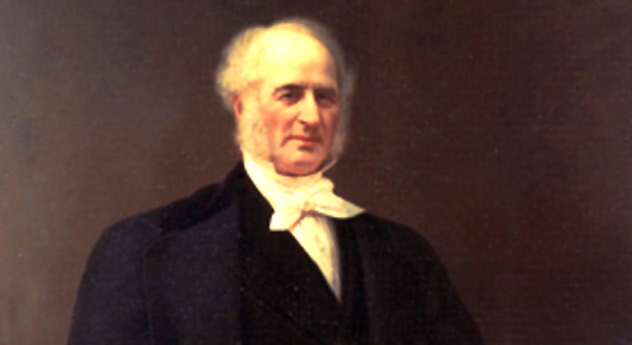 Born to an impoverished farmer and boatman in May 1794, Cornelius Vanderbilt is a true rags-to-riches story. At the young age of 11, Vanderbilt quit school to work on a ferrying cargo. According to legend, by age 16, Vanderbilt was running a two-mast sailing vessel. By 18, he was contracted to the United States government to supply outposts in the War of 1812. By the end of the war, he had learned the art of shipbuilding, had a small fleet of boats under his control, and had working capital of $10,000.

Over the next decade, Vanderbilt gained control of the Hudson River traffic through his luxurious ships and cheap fares. From there, he extended his transportation business to the New York, Providence, and Boston Railroad. By 1846, Vanderbilt was a millionaire.

By the 1850s, Vanderbilt’s attention was on the railroads, and by 1863, he owned the New York and Harlem Railroads. However, he did not stop there. Vanderbilt later purchased the Hudson River Railroad and New York Central Railroad which allowed him to offer the first rail service from New York to Chicago.

In 1877, at 83 years old, Vanderbilt passed away due to complications with his health. Today, it is estimated that Cornelius Vanderbilt was worth—if calculating his fortune with the GDP of 1877—nearly $165 billion. 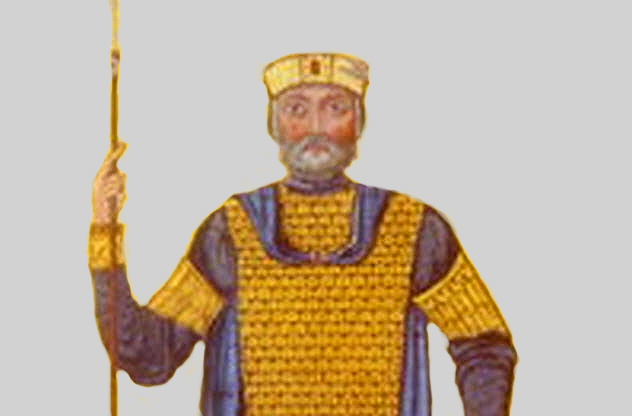 Basil II (aka Basil the Bulgar Slayer) was the Byzantine emperor for 49 years. Son of Romanus II, he was crowned co-emperor in 960 AD. As Basil II rose to power, his main focus was extending his imperial authority both at home and abroad. He forced troops to march across Asia Minor and secured land in Georgia and Armenia.

Best known for his persistent and successful campaigns, he centered his work in Macedonia and eventually expanded the Byzantine Empire to the largest it had been in five centuries. Although Basil’s fortune exceeded $168 billion in today’s dollars, he had no heir. Upon his death, the Byzantine Empire crumbled within half a century. 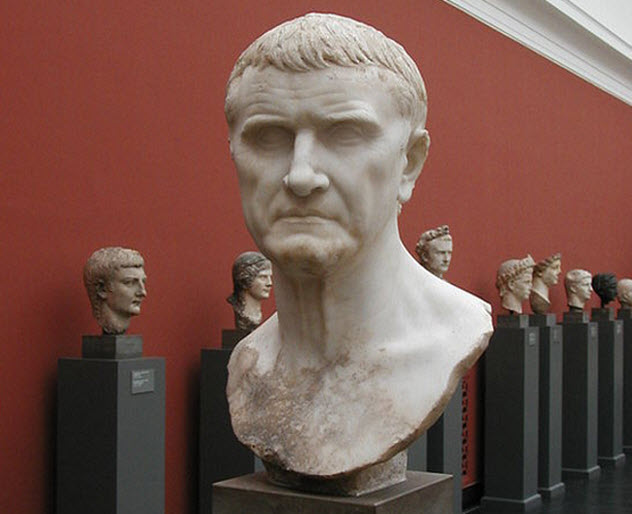 Marcus Licinius Crassus was a Roman general and politician who not only transformed the Roman Republic into the Roman Empire but accumulated a rather large fortune during his lifetime. Born to a wealthy senator, Crassus was brought up in an upper-class lifestyle. He later married his deceased brother’s wife, which provided an alliance between Sulla and Rome.

It was at this time that Crassus the businessman began to acquire his fortune. He bought the homes and belongings of the Sulla citizens for dirt cheap and then resold them for a high profit. He also brought in a hefty profit from buying and selling slaves that worked in the family-owned silver mines. At the end of his life in 53 BC, Crassus had a net worth of almost $170 billion. 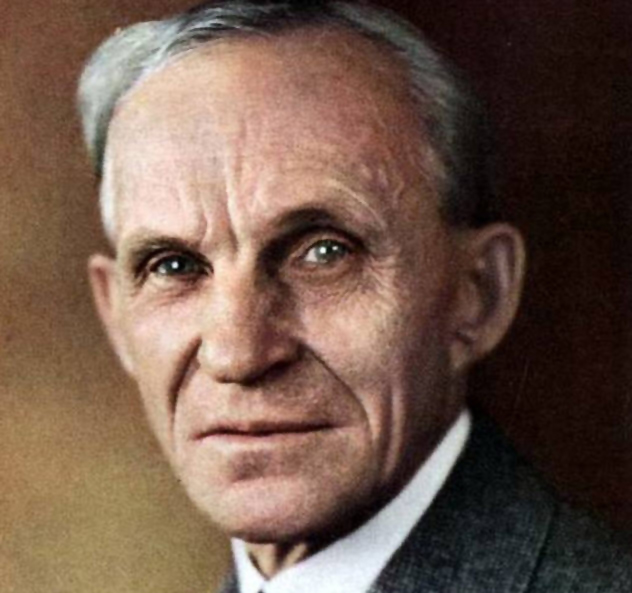 Known as America’s principal industrialist, Henry Ford dramatically transformed the production of automobiles and practically revolutionized America itself. Ford was born on July 30, 1863, on his family’s farm in Wayne County, Michigan. When he was a mere 13 years old, his father gave him a pocket watch. He promptly took it apart, only to quickly reassemble it.

This was the first of many impressive skills Ford happened to display. At age 16, Ford took an apprenticeship as a machinist in Detroit. During his employment there, Ford learned how to operate and service steam engines. He also learned bookkeeping. In 1891, the Edison Illuminating Company offered him a position as an engineer. Just two years later, with the aid of his natural talents, he was promoted to chief engineer.

However, Edison Illuminating Company was not the only thing occupying Ford’s time. In 1896, he completed his plans for a horseless carriage and presented the first model, known as the Ford Quadricycle.

After several years of trial and error, Henry Ford established the Ford Motor Company and introduced the Model T. For many years, the company posted only 100 percent gains. Henry Ford died of a cerebral hemorrhage on April 7, 1947. The legacy he left behind, however, will never die. Remembered as America’s leading businessman, Ford left behind foundations, a new mode of production, and a net worth equivalent to around $186 billion. 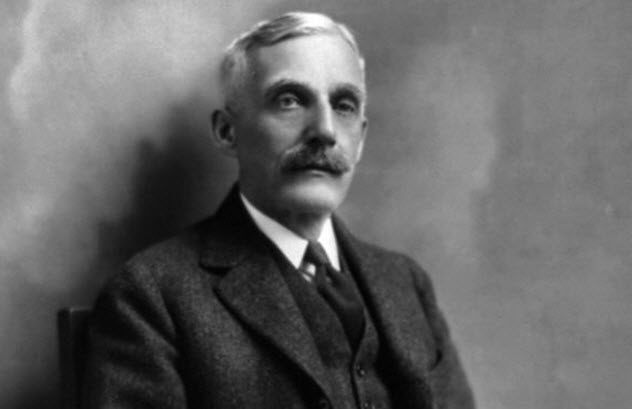 In the 80 years he was alive, Andrew Mellon proved to be a jack-of-all-trades. He was a businessman, banker, industrialist, philanthropist, art collector, and most impressively, the United States Secretary of the Treasury.

Mellon was born on March 24, 1855, in Pittsburgh. Just 20 years later, he joined his father’s banking firm, T. Mellon & Sons, and became the owner in 1882. From there, the firm continued to increase in size and profit.

Eventually, he began providing capital for large corporations, which led to the start of the Aluminum Company of America and Gulf Oil Company. He was also responsible for the start-up of the Union Steel Company, which later merged with United States Steel Corporation. By the early 1920s, Mellon was one of the wealthiest men in the United States with a net worth of $188 billion. 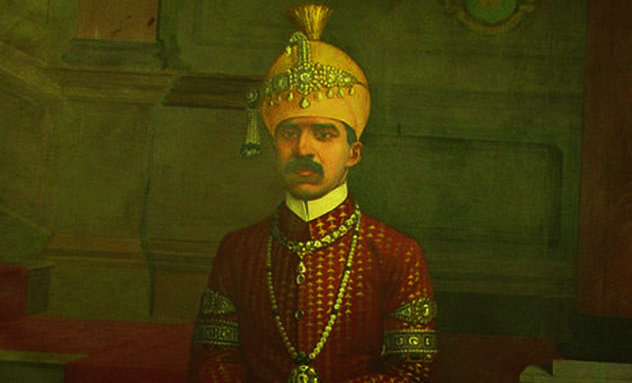 Osman Ali Khan was born on April 6, 1886, in Andhra Pradesh, India. In 1911, he succeeded his father as nizam of Hyderabad following his father’s passing. During his 37-year reign as a nizam, Osman established many policies that resulted in great benefits for his country.

Electricity, railways, roads, and airways evolved rapidly. Not only that but the Nizamsagar lake was excavated and multiple irrigation projects were put into place. Osman also donated a massive amount of money to educational institutions such as Jamia Nizamia, Banaras Hindu University, and Aligarh Muslim University. By the time he passed away in 1967, he had seven wives, 42 concubines, and a fortune worth nearly $230 billion. 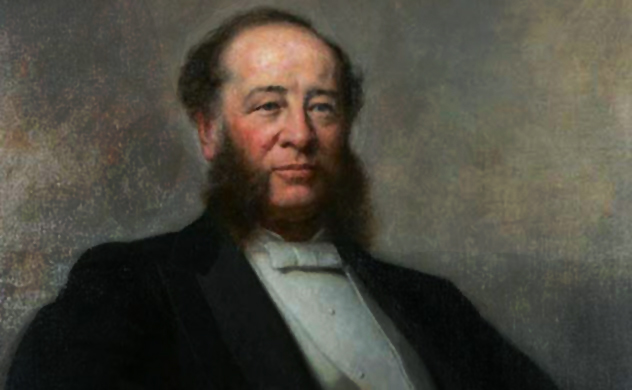 Born on May 8, 1821, in Brunswick, New Jersey, William Vanderbilt was one of 13 children and the son of Cornelius Vanderbilt, one of the world’s most imposing industrialists. Often dismissed as incompetent by his dynamic father, William was exiled to a farm on Staten Island.

Immediately, William began to improve the farm’s profits, and those actions did not go unnoticed. The 1840s proved to be a momentous time for William Vanderbilt. His father called on him to reorganize the Long Island Rail Road, and just as he had done at the farm, William turned the ailing business into a very successful operation. By 1864, he was vice president of key railways in New York, and in 1877, the Vanderbilt organization was turned over to William when his father passed away.

William carried on his father’s legacy by expanding the railroad operations throughout multiple cities. He also fought regulation of the railroads and engaged in rate wars in which favored shippers received special rates. Unfortunately, William was forced into retirement due to his declining health in 1883.

Just eight years after his father’s death, William Vanderbilt passed away. Incredibly, in his short time as president of various railroads, he had doubled his family’s fortune from $100 million to an incredible $200 million. Today, that fortune would be worth a whopping $239 billion. 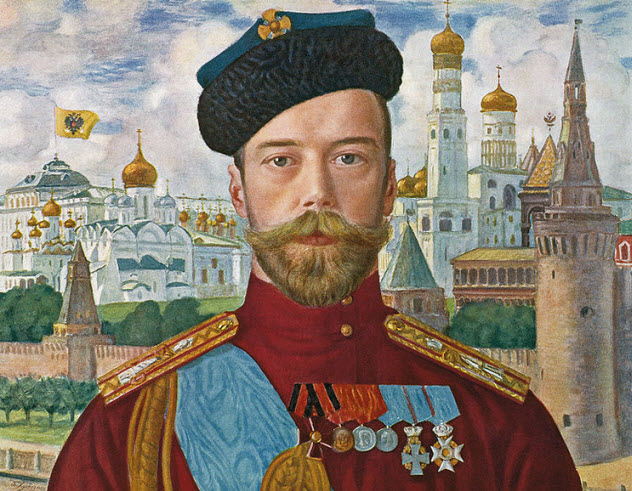 Nicholas II was born on May 6, 1868, and was the last tsar of Russia under the Romanov rule. Alexander Alexandrovich was heir to the Russian Empire and the father of Nicholas II. Alexander, a very influential figure on Nicholas as he grew up, is often credited with shaping Nicholas’s religious values and strong belief in an autocratic government.

When his father died in 1894, Nicholas inherited the Russian throne and soon married Princess Alix of Hesse-Darmstadt. They had their first child, Olga, in 1895, and by the following year, Nicholas was officially crowned tsar of Russia. In 1897, Tatiana was born, followed by a third daughter, Maria, in 1899, and a fourth named Anastasia in 1901.

For the royal couple, the long-awaited male heir was finally born in 1904. For the next decade, war, riots, and demonstrations continuously plagued the country. By 1917, Nicholas was forced to step down from the throne, and both he and his family were placed under house arrest.

Soon after, the Bolsheviks ignited a civil war, and ultimately, Nicholas II and his family were murdered by the Bolsheviks. During the 50 years that he was alive, Nicholas II amassed around $900 million, which is equivalent to $300 billion in today’s dollars. 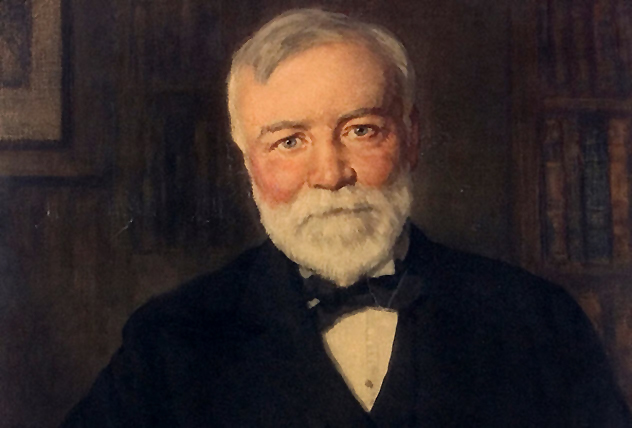 A self-made industrialist and steel tycoon, Andrew Carnegie was one of the wealthiest businessmen of the 19th century and is solely responsible for the establishment of Carnegie Mellon University. Carnegie was born on November 25, 1835, in the town of Dunfermline, Scotland. In 1848, his family sought passage to America and eventually settled in Pennsylvania.

He found his first job working in a factory, and from there, he moved on to telegraph messenger. In 1853, Carnegie took a job with the Pennsylvania Railroad and worked as an assistant and telegrapher to the railroad’s top official, Thomas Scott. Within three years, Carnegie was given a promotion, making him the superintendent.

During his time working in the railroad division, he gained vast experience about the industry and business in general. However, experience was not the only thing he gained during his employment. Carnegie also made numerous investments that would later further his business.

In 1865, he left the railroad industry to focus on other interests, and by 1889, Carnegie had built his business into the largest steel manufacturing company the world had ever seen. Carnegie Steel Corporation revolutionized the production of steel in the United States.

In 1901, Carnegie removed himself from the corporate world and sold his business to United States Steel Corporation. This sale earned him more than $200 million, which in today’s market would average out to around $310 billion. 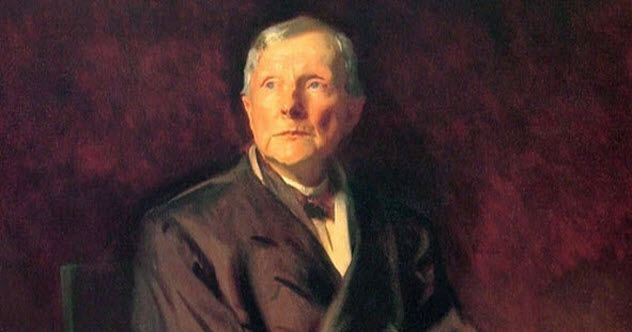 John D. Rockefeller is often referred to as the “father of the oil world.” Born in 1839, this oil tycoon eventually became not only the founder of the Standard Oil Company but one of the world’s wealthiest men.

At age 16, Rockefeller found a job as a bookkeeper with Hewitt & Tuttle. By age 20, Rockefeller was working with his business partner as a merchant. Dealing in hay, meats, grains, and other goods, the company had grossed nearly $450,000 by the end of the first year.

Being the great businessman that he was, Rockefeller sensed that the early 1860s was a time for opportunity in the oil business. In 1863, his first refinery opened, and within two years, it was the largest in the surrounding area.

In 1866, William Rockefeller, John’s brother, became a partner. Together, they constructed a second refinery in Cleveland, naming it Standard Works. At this time, they also opened an office in New York to handle the exporting side of the business. With William Rockefeller in charge, John D. Rockefeller recruited Henry Flagler to expand the business even further. By 1868, Rockefeller’s refinery was, without a doubt, the largest in the world. By 1870, he had established his company, Standard Oil.

Thanks to the favorable economic and industrial conditions of the early 1870s, Standard Oil began to thrive. Rockefeller’s drive was intense. He wanted the company’s operations and margins to continuously rise. When Rockefeller passed away in 1937, his assets were responsible for 1.5 percent of America’s economic output. Today, his net worth would be around $340 billion.