From actors and singers to princes and those just born into fortune, here is a list of some of the worlds wealthiest children. While some of us were playing in the mud outside and crossing our fingers to pass those mid terms, these kids had a whole different life agenda. Read on to find out more about some of these incredibly talented, fortunate, and wealthy kids.

See Also: 10 Things Rich People Do That You Don’t

Jaylen Bledsoe is a child genius who, at the age of 17, is already the CEO of his own IT company by the name of Jaylen D. Bledsoe Group. The company was last valued at 3.5 million dollars and aims to partner with big brands and celebrities to promote and expand their brand names. Since then he has also started the ‘Young Entrepreneur University program for teenagers. Through this program Jaylen uses his success to inspire other teenagers like himself and to expose them to the world of entrepreneurship. Some of his biggest partnerships include K Swiss and AT&T as well as a broad range of celebrities such as Steve Harvey. The rapid growth of his IT company lead him into the life of internet sensation. His goal in life, as listed on his website and stated in a number of interviews, is to be the main source of digital strategy and development for celebrities and Fortune 500 companies. With his innovation and passion, his net worth will only go up from here.[1] 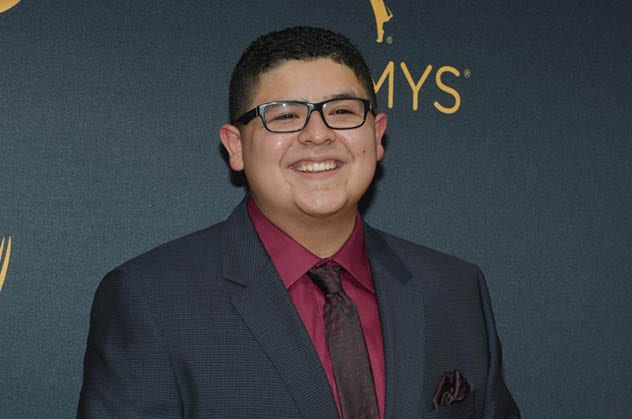 Born in 1998 in Texas USA, Rico rose to fame for his role in the hit television show, Modern Family for which he earns a huge $70,000 dollars per episode. He moved to Los Angeles with his family at the age of six so his older sister (11) could chase her dream of an acting career and despite his initial disinterest, it is clear that the big city grew on him. While his sister was starring in the Disney series, Austin and Ally, Rico was working his way to stardom. His debut role was an ice cream kid prankster on Jimmy Kimmel Live which he did for almost a year before appearing in several series such as Cory in the House, iCarly and NCIS. The role that really lead him to stardom and riches however, was his role as Manny Delgado in the world renowned ABC show, Modern Family. Since landing the part in 2009 he has been nominated for a number of Screen Actors Guild Awards and Teen Choice Awards. His estimated net worth is around 7 million.[2] 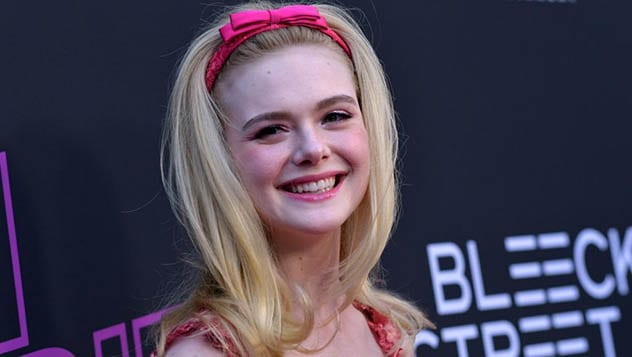 Also born in 1998, Elle Fanning is among the richest children of the world. Her small fortune began growing when, at the the age of three, she played the role of a younger version of her sister, Dakota Fanning’s, character in the hit film ‘I am Sam’. She again played baby Dakota in the film, Taken, before finally landing her first independent role as Jamie in Daddy Day Care. This was just the start of her career. Her biggest roles to date have been in The Curious Case of Benjamin Button, Super 8, We Bought a Zoo and Maleficent.

Unlike most child actors, Elle was often hired for older, more mature characters due to her height and incredible acting abilities. This talent has lead her to many awards including a Hollywood Film Festival Award and a Phoenix Film Critics Society Award; both of which she was awarded at the age of thirteen! She has also been nominated for a Saturn Award, Teen Choice Award and Screen Actors Guild Award. Most children at that age are gunning for sports trophies let alone world renowned acting awards! Her net worth is estimated to be around 5 million.[3] 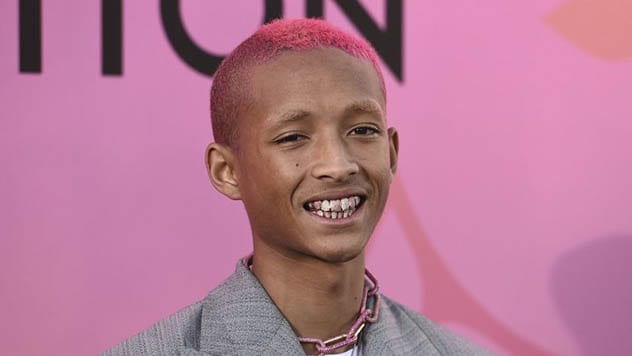 The third child millionaire born in 1998, Jayden Smith, is the son of the world famous Will Smith. Like his father, his riches come from his music and acting careers. His first television debut was in The Pursuit of Happyness where he starred alongside his father and his first independent films were The Karate Kid and The Day the Earth Stood Still. Following these incredible hits he starred again with his father in After Earth. Being born into a family of actors, Jayden was destined for the spotlight however after his film debut he turned down a path of music.

His music career began with a collaboration with Justin Bieber on the track, Never Say Never before he branched out on his own to release his debut album, Syre. The album also features younger sister Willow Smith and ASAP Rocky and peaked at number 24 on the charts. His latest estimated net worth is at 8 million and rising. It will be very interesting to see where the little Smith will take his fortune next, though most recently he has launched a new venture: a vegan food truck for the homeless![4]

Born in New York City in 1996, Abigail Breslin is yet another child star who has made it onto the list of the richest children in the world. Her first ever appearance on the television screen was at the age of three in a Toys “R” Us Advertisement and has starred in many big name movies since. Her biggest achievement, however, was her role in Little Miss Sunshine for which she receive a Best Actress Award and was nominated for an Academy Award. She is, to date, one of the youngest actresses to ever be nominated for an Academy Award. Two years later, in 2008, she was was named ShoWest’s Female Star of Tomorrow, before making her debut on Broadway.

Aside from her stardom on the screen, she has also composed a number of songs including Christmas in New York, You Suck and Hurricane. On top of this she has penned a book called This May Sound Crazy which discusses the topics of love, loss and Tumblr from the prospective of this incredibly talented all rounder. Why choose one career when you can have them all?

Her net worth is currently estimated at 16 million.[5] 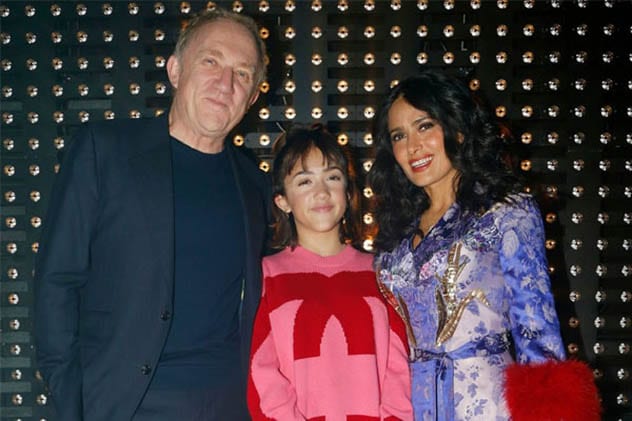 Born in 2007, Valentina Paloma Pinault was born to billionaire businessman Francois-Henri Pinault and Hollywood star Salma Hayek. It is therefore a no brainer that she was destined for fortune and fame. Her ancestry of French and Mexican lead her to grow up fluently speaking three languages which is an accomplishment in itself and thanks to her parents, she has also been in the spotlight since before she was even born. Just last year, her mother shared a video through social media in which she let her daughter give her a a bob haircut attracting even more attention to the already spotlighted family. Despite being branded as a mini-me version of her mother, the world is still left wondering whether she will use her confidence to follow in her mothers footsteps down a road to Hollywood, or if she will become a businesswoman and work alongside her father. It’s a question only time will answer.

For now her net worth is estimated at 12 million, and that is before even beginning a career.[6] 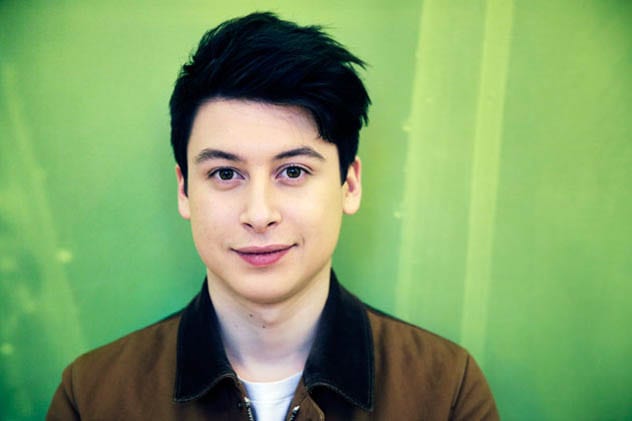 At the age of 15, Nick D’Aloisio created the app Summly, which summarises and condenses recent news articles into a format that can be quickly and easily read. Two years later, the app was purchased by Yahoo for 30 million dollars making Nick one of the youngest millionaires in the world. After selling his app design to them, Nick was then hired to work as a product manager of Yahoo News Digest where he went on to win an Apple Design Award.

Despite having enough money to comfortably retire at the age of 17, Nick left his career at Yahoo to study Computer Science and Philosophy at Oxford University. During these studies he took up work as an Entrepreneur in Residence for AirBnb and has announced the later release of a new project he is working on which has raised 30 million in investments already. Exciting stuff to come from this little genius.

His current net value is at 30 million. Surely this will rapidly change after the release of his newest project.[7] 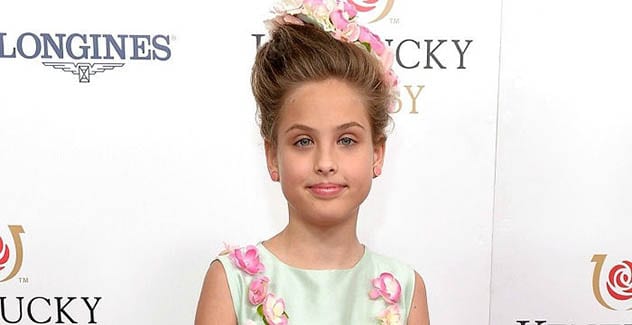 Born in 2006, thirteen year old Dannielynn is the only surviving child of her late mother Anna Nicole Smith who was well known for her modelling and reality tv personality. At the time of her birth, drama and tabloids struck the family as her step brother passed away and a court case was opened up regarding several individuals who claimed to be the girls father. Five months after her birth, her mother passed away from a prescription drug overdose and she was awarded custody to her DNA proven biological father, photographer Larry Birkhead. Her small fortune did not however come from being in the spotlight of a long winded paternity battle. Instead it came as her biological father organised for her to get ownership of her mothers estate . This made her one of the youngest millionaires in the world. At the age of six she began walking in her mothers footsteps as she worked as a model for Guess Kids. She has also appeared in many talk shows such as Entertainment Tonight as the world follows her extremely controversial life.

Her net worth is at 10 million, most of which was inherited from her mothers estate.[8] 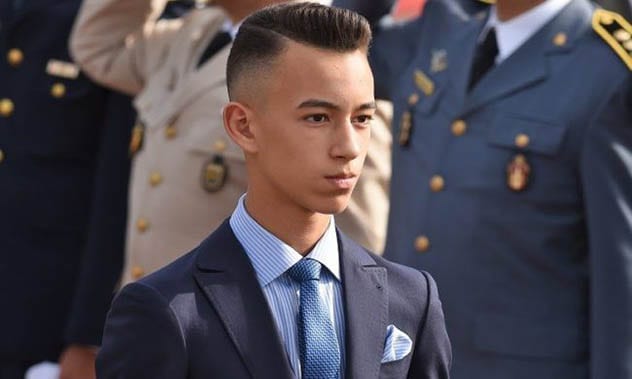 Born in 2003, Moulay Hassan is the crown prince of Morocco. He became an internet sensation after attending the One Planet Summit with his father at the age of 14. He was the youngest royal to attend the event and held himself with great stature while greeting kings from all over the world. The moderator at the summit made special mention to Hassan as he expressed his delight in the young royals engagement in the sustainable development program. He is definitely a royal to look out for in the future with his strong engagement already peaking in international news. Not only will his title build on his fortune, but he also wishes to study aviation after graduating from school. Certainly a boy with a mission.

Hassan has an estimated net worth of 1 billion dollars which will rapidly increase after he takes the throne.[9] 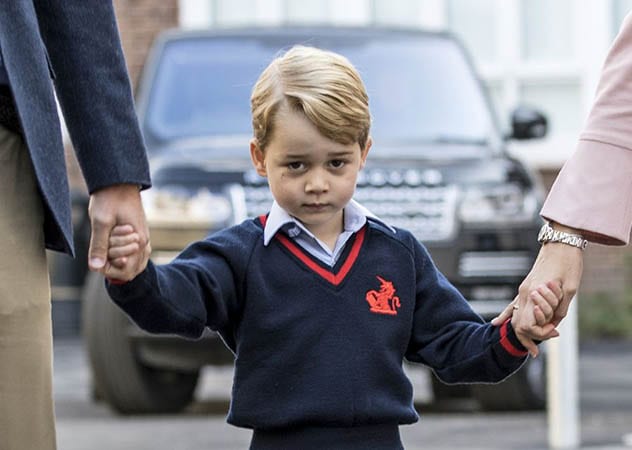 Born in 2013 Prince George Alexander Louis is yet another little royal to make it into the list of the worlds wealthiest children. At only the age of 6 he already has reached a fortune most of us could only imagine in our wildest dreams. He is the son of Prince William and Catherine Duchess of Cambridge and is third in line to the throne of Great Britain and the UK behind his father and grandfather. His birth made international news and was highly anticipated all across the globe to the point where reporters were camped out around the hospital waiting for the news. Ever since then, his face has appeared in tabloids and newspapers following the story of his family and the mischief that he and his younger siblings get up to. He might be royalty and a billionaire at the age of 6 but he is still only a kid.

Prince George Alexander Louis’ net worth is estimated at a huge 3.6 billion. Needless to say, this little boy has some mighty big shoes to fill and the whole world will be watching as he learns to walk the royal way.[10]

For more lists like this, check out Top 10 Ordinary Items That Made People Rich, and 10 Weirdest Stories About The Eccentric Rich

10 Women Whose Work You Know But Not Their Names