History is filled with rulers whose reigns lasted long after their welcome. However, some rulers were in charge for only brief periods of time. Here are 10 examples of the shortest-reigning leaders throughout history whose reigns were cut short for bizarre and often unfortunate reasons. 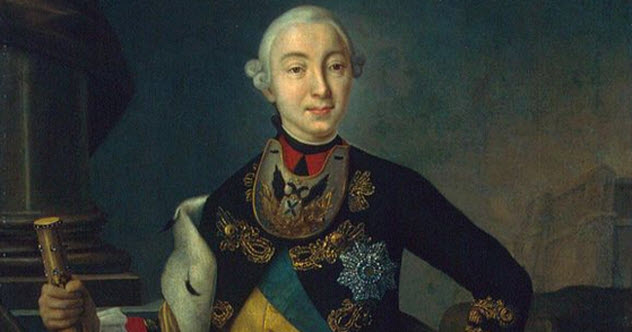 As ruler of Russia from January 5 to July 9, 1762, the unpopular Tsar Peter III was barely able to speak Russian and pushed for many pro-Prussian policies. His wife, the German-born Princess Sophie, led a coup which had Peter III deposed and eventually assassinated.

She succeeded him to the throne as Catherine II (aka Catherine the Great). Their marriage had been both loveless and sexless. So it’s no surprise that she sought to end it, though the manner in which she did makes a bitter divorce seem like a good thing in comparison.

Shortly following the coup, Peter was imprisoned in the castle of Ropsha. There, he was brutally murdered by several men loyal to Gregory Orlov, who aspired to marry the newly crowned empress of the Russian Empire. Peter was assassinated so that Catherine could be allowed to remarry since a living husband, even one deposed and imprisoned, kept a woman from remarrying. 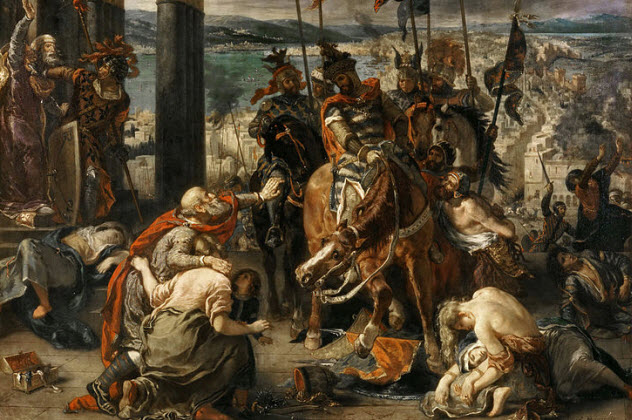 Emperor Isaac was the ruler of the Byzantine Empire not once but twice. His first reign lasted from 1185 to 1195, but his second reign lasted only about 179 days—from August 1, 1203, until approximately January 27, 1204.

He was first removed from the throne by his brother, who usurped his position and took the name Alexios III. Immediately, Isaac was blinded and imprisoned. He became enfeebled in captivity in Constantinople where he languished for eight years before he was freed during the Fourth Crusade.

Isaac was reinstated as a vassal king alongside his son, Alexios IV, by the crusaders. But the two men failed to meet their obligations and lost the support of the crusaders and their subjects. Isaac was soon deposed by a son-in-law of his brother, Alexios III, and was returned to prison alongside his son. Isaac likely died of shock when his son was strangled to death while the two were in prison.

8 Emperor Yuan Shikai Of The Empire of China
101 Days 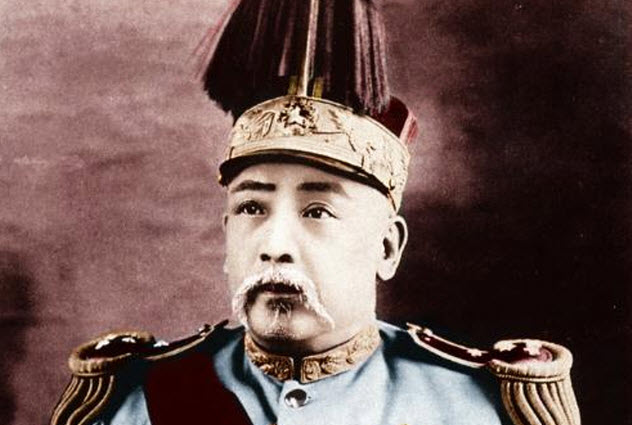 Soon after the last emperor of China, Puyi, abdicated the throne in 1912 following the Xinhai Revolution, a new Chinese Empire arose in its place under the leadership of Emperor Yuan Shikai. He was a general who took on the role as the second Provisional Great President of the Republic of China.

But Shikai wanted to consolidate his power and reestablish the Chinese monarchy, which met a great deal of opposition. Plans for an accession ceremony were delayed, defunded, and ultimately scrapped. He returned China to a republic, making the Empire of China the shortest-lasting empire in history—about three months—from December 12, 1915, to March 22, 1916.

Shikai resumed his role as president, although he died shortly thereafter. His actions set the Chinese republican goals back by years due to the infighting that arose from his attempt to reestablish the empire. He is perhaps the only emperor who both preceded and succeeded himself as a nation’s president. 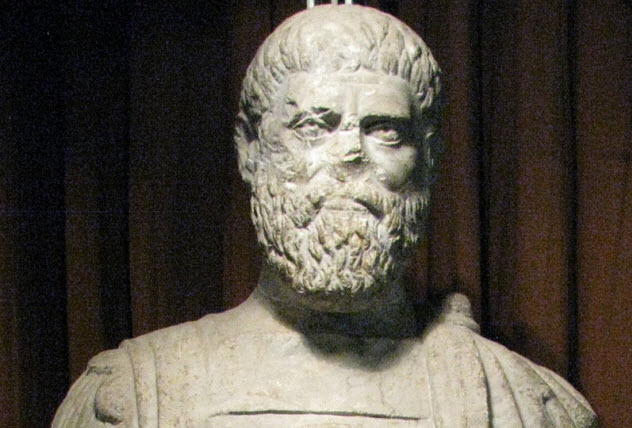 From January 1 to March 28, 193, Publius Helvius Pertinax ruled the Roman Empire during a turbulent time known as “The Year of the Five Emperors.” He was the first emperor to succeed the assassinated Commodus, who was somewhat inaccurately portrayed by Joaquin Phoenix in the 2000 film Gladiator.

Pertinax attempted to reform the empire but failed in most of his attempts. However, he was able to free those held in captivity by his predecessor and lift some restrictions on farming. His decision to make changes within the Praetorian Guard helped bring about his downfall since it was the Guard who had orchestrated the murder of his predecessor.

Angered by Pertinax’s actions, members of the Guard stormed into the imperial palace and beat the emperor to death. Then they removed his head and affixed it to the end of a lance, which was carried in triumph through the streets to the Praetorian camp. 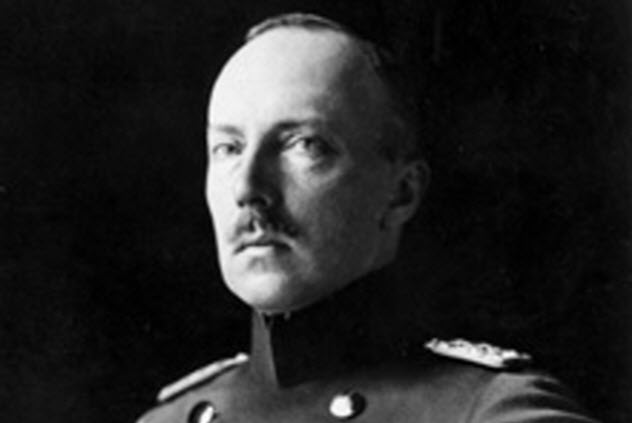 From October 9 to December 14, 1918—only 66 days—Frederick Charles Louis Constantine of Hesse was the elected king of Finland before renouncing his throne. It was considered unfavorable for a German-born monarch to hold the throne of Finland so soon after the end of the Great War.

Frederick agreed and soon abdicated his throne after King Wilhelm II of Germany abdicated his own position, bringing an end to monarchies in Germany. Frederick never arrived in Finland to take on his position but retained the title of king for just over two months before giving it up. The Kingdom of Finland only lasted for two years before Finland adopted a Republican Constitution in 1919. Frederick was its sole monarch before it dissolved into the government it maintains to this day. 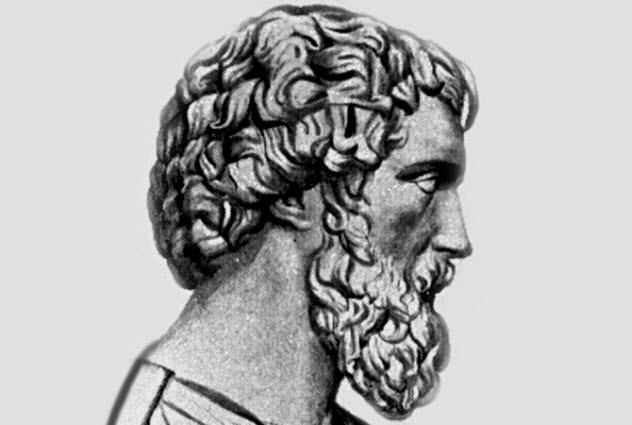 Following the assassination of Pertinax on March 28, 193, the Praetorian Guards who killed him auctioned off the Roman Empire to the highest bidder. There were two men bidding, but Didius Julianus won by promising 25,000 sesterces to every soldier of the Praetorian Guard.

This totaled approximately 200 million sesterces, or 50 million denari. It is difficult to compare this to a modern currency, but an average worker or soldier in the empire earned about one denari per day at the time. Fearing the military, the Senate proclaimed Julianus emperor, but his reign did not last. He was deposed and executed by his successor less than three months later on June 1, 193. 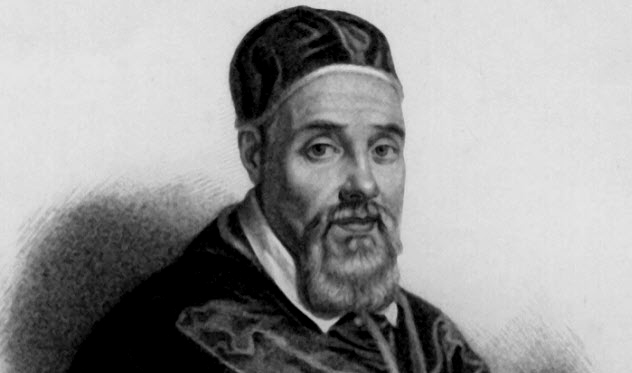 Serving from September 15 to September 27, 1590, Pope Urban VII was the shortest-reigning Pope in Catholic history following the Vatican’s removal of Stephen II from the list of Popes. Stephen II’s three-day reign was considered invalid because he missed his consecration.

Urban VII left the papacy in a fairly normal manner after succumbing to malaria. However, he earned an asterisk in the history books as the first ruler to ever institute a smoking and tobacco ban in 1590.

Urban VII threatened excommunication to any Catholic who “took tobacco in the porchway of or inside a church, whether it be by chewing it, smoking it with a pipe, or sniffing it in powdered form through the nose.” His ban on tobacco was not due to health concerns but to his distaste for it in and around the Church. 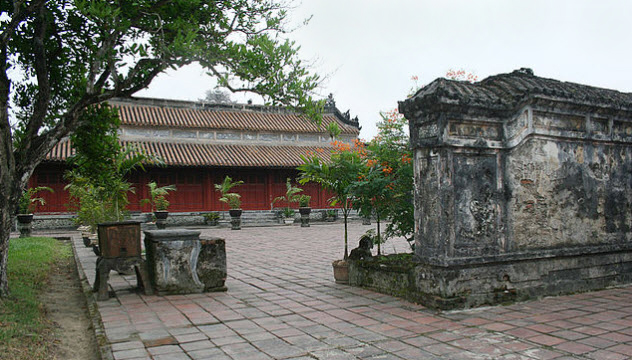 Emperor Duc Duc was both emplaced and executed by the same people after ruling Vietnam for only three days in July 1883. During his coronation ceremony, he committed several acts of debauchery. This violated various rules of mourning pertaining to the death of his father, whom Duc Duc had succeeded to the throne.

The Vietnamese court quickly ruled that he be poisoned to death for his debauchery. He may have been deposed for political reasons and left to die in captivity, but the true nature of his death is not known for certain. However, he was considered to be a puppet of French colonialists. Turmoil followed his three-day rule for nearly a decade before a stable monarchy could take place under one of his sons. Emperor Mo of Jin, named Wanyan Chenglin, was the shortest-reigning emperor in Chinese history. On February 9, 1234, he was killed shortly after his coronation ceremony during the Mongol attack on China.

That day, he had met with Emperor Aizong, his predecessor, who insisted that Chenglin accept his position as emperor. Soon after, during the siege of Caizhou, the city walls were breached. Emperor Aizong committed suicide to avoid capture and to allow for his successor to take his position.

Chenglin was leader of the Jin dynasty for as little as two hours. He rallied his troops and defended the city until he was killed in battle, marking the end of the Jin dynasty and the beginning of Mongol Yuan rule of northern China. 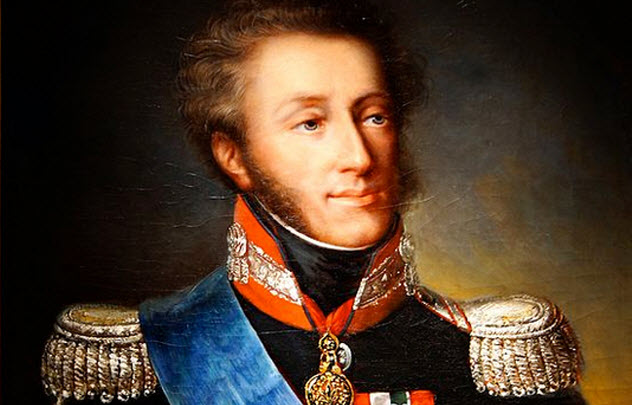 On August 2, 1830, Louis Antoine was “technically” the king of France for 20 minutes before he agreed to abdicate the throne. The rights of succession meant that he was king once his father had signed his own abdication papers during the July Revolution of 1830.

While Louis Antoine pondered signing the abdication documents, he listened to his wife’s arguments not to sign and to retain his role as king in what was considered to be an incredibly unpopular monarchy. But he eventually acquiesced and signed the papers.

Although Louis Antoine never truly ruled over France, some of his followers never recognized his abdication as being legal and considered his father, Charles X, and then Louis to be the true kings of France until their respective deaths.