It’s no secret that we humans love to eat good food and consume refreshing drinks. Not surprisingly, we have made several finds at historical sites that show it’s always been this way. As we continue to uncover our past, we have found the exact treats that people enjoyed throughout time. 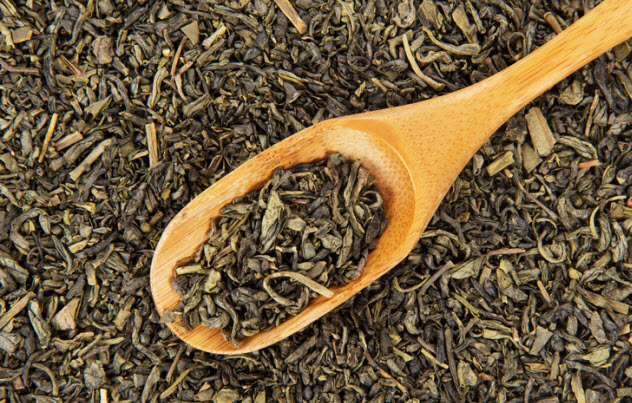 Tea is one of the oldest beverages consumed by humans. But for many years, its earliest reference came from a Chinese text dating to 59 BC that vaguely referenced a drink that might have used tea. It wasn’t until January 2016 that the first definitive evidence of tea as an ancient beverage was found.

When archaeologists examined the Han Yangling Mausoleum in Xi’an, which is the tomb of Chinese Jing Emperor Liu Qi who died in 141 BC, they found a leafy substance resembling tea. When tested, the leaves showed two definitive substances in tea: caffeine and theanine.

Even by today’s standards, the tea was of high quality and may have been mostly for royalty like the emperor. Interestingly, the tomb is located far away from where tea is actually grown, meaning that it was prized enough to be both imported and buried in the tombs of important men. 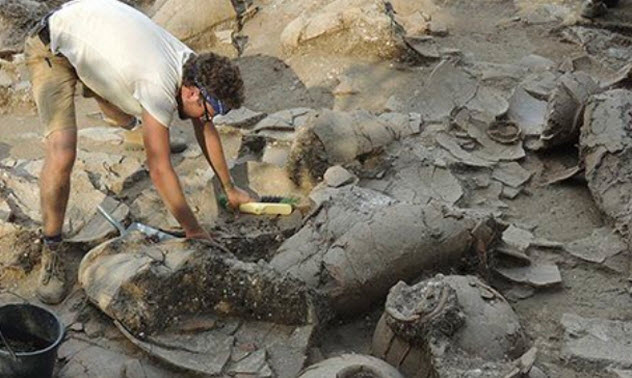 In 2013, archaeologists uncovered strange findings in the ruins of a 3,700-year-old Canaanite palace in Israel. Forty pots were discovered which appeared to contain complex wines much different from what most people had at the time.

This wine wasn’t an everyday beverage; it was for important, special occasions. Its complexity and diversity of tastes mean that it was reserved for the upper class for their banquets. The wine had long ago dissipated, but some of its residue allowed researchers to test its contents.

They discovered a variety of different flavors inside the wine—from honey and mint to cedar and tree resins. This showed that ancient wine was made with the same sophistication as today. 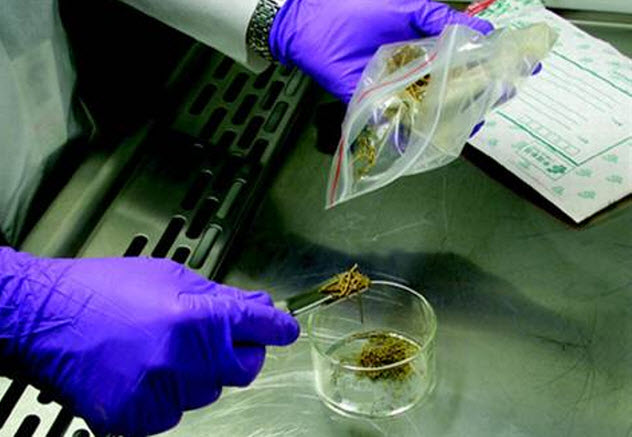 In 2008, Chinese archaeologists were looking through a 2,700-year-old tomb that contained some Gushi people, ancient Caucasian nomads from the Gobi Desert. Inside the tomb was a Gushi shaman who was obviously treated with much respect due to the items stored beside him—archery equipment, a rare harp, and, most interestingly, 1 kilogram (2 lb) of cannabis.

At the time, most cannabis grown was hemp, which was a useful, common crop at the time. However, this cannabis was grown to be consumed because of a high THC content similar to modern strains. Because of the absence of a pipe, the drug was most likely eaten or put into a burning fire and the fumes inhaled. It may have been used for spiritual purposes or as a medicine. 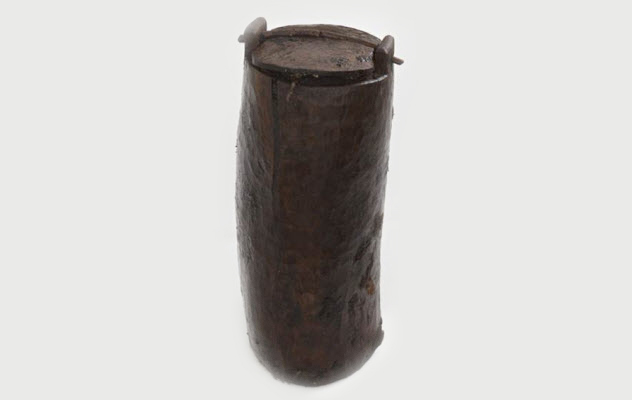 During the Iron Age in Ireland, our ancestors must have loved butter because it’s constantly being discovered in ancient peat bogs. Over the years, turf cutters (workers who harvest peat from the bogs) have found several preserved bodies and artifacts from the distant past. Bog butter is usually found with them.

Peat bogs have unique preservative properties. Before salt was widely used as a preservative in Ireland, butter would be put into tubs and crates and then stored in the bogs for extended periods of time. This also caused it to taste better. There were even different varieties of butter, including nondairy made from animal fat.

In 2009, turf cutters discovered around 35 kilograms (77 lb) of 3,000-year-old bog butter which was exceptionally preserved, although it had long ago gained a waxy consistency. According to an article on bog butter from 1892, it tasted somewhat like cheese. 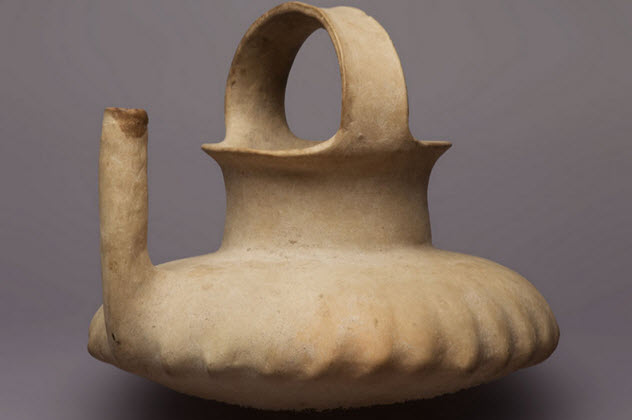 Historians now know that the use of cocoa originated thousands of years ago in Central America with the Olmec civilization and later passed to the Maya. We used to believe that the earliest use occurred at a Mayan site in modern Guatemala that dates back to AD 460, but that changed in 2002 when a Mayan “teapot” was reexamined.

Called “teapots” because of their resemblance to modern teapots, these vessels were used for distinctive rituals during elite funerals. Residue on the pots tested positive for theobromine—the chemical marker of cocoa.

According to Mayan texts, they had consumed the drink for much of their existence, but there was no proof of this until the discovery in 2002. As the pots dated to around 500 BC, it proved that the Maya had been using cocoa nearly 1,000 years longer than previously thought and that they most likely inherited this tradition from the Olmec, who died out around this time. 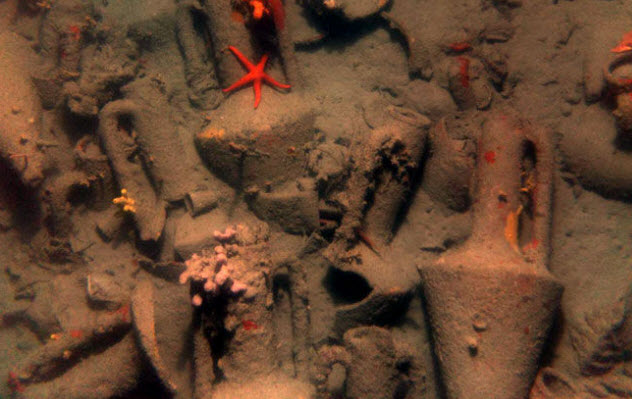 When the wreckage of an ancient Roman vessel was found off the coast of the Greek island Chios in 2005, no one expected that two amphorae (two-handled ceramic jars) with starfish living on them contained flavoring ingredients that are still used today. Inside the jars were the remnants of olive oil flavored with oregano.

Chios was well-known for exporting wine at the time, but this showed that they may have been exporting this substance, too. Even today, older generations on the island are known to mix oregano and other spices with olive oil to serve along with foods or to use as a preservative—meaning the tradition from thousands of years ago is still alive today. 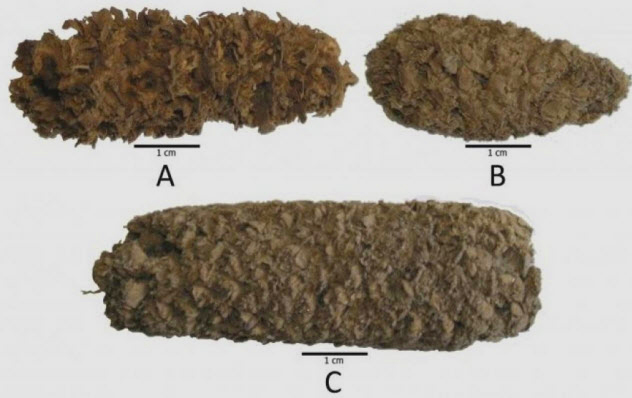 Popcorn is a common snack around the world, but it wasn’t until 2012 that its origins were uncovered. Since corn originated from the Americas, it can be reasoned that the history of popcorn also came from there. In fact, this was proved when corn samples were discovered in several Peruvian excavation sites.

Found in different forms like corncobs, husks, and stalks, the corn (aka maize) dates from 6,700 to 3,000 years ago and was likely brought from Mexico where corn was first grown. The areas in Peru where the corn was found were the perfect place for preservation—arid and dry—so it gave archaeologists a perfect picture of how corn was consumed.

The popcorn was likely cooked by wrapping the cob and then resting it over coals, heating it over a fire, or putting it inside an oven. Other than its preparation as popcorn, corn was turned into flour. However, due to the scarcity of the corn discovered, it was not likely to be a staple of ancient Peruvian diets. It was probably a snack or delicacy that was not eaten frequently. 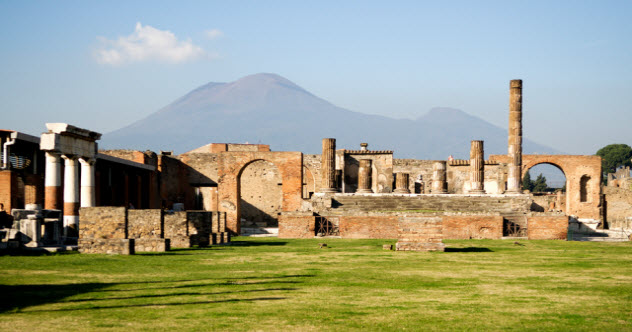 The ancient Roman city of Pompeii—perfectly preserved after the eruption of Mount Vesuvius in AD 79—continues to provide archaeologists with insights into the daily lives of the Romans. Even the foods of the Romans have remained, including the diet of the elite.

The difference between the classes of Pompeii can be found in the drains. In the central properties of Pompeii, the remains of some strange cuisines can be found, including fish, sea urchins, and a giraffe leg bone.

This was the only giraffe bone found in an excavation of ancient Rome, showing just how far-flung Roman trading was at the time. There were even exotic spices from the distant portions of Asia, some from as far away as Indonesia. 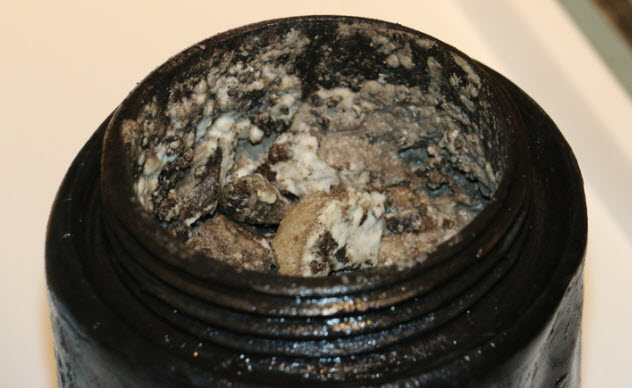 The Swedish royal warship Kronan sank in 1676, but it was rediscovered in 1980. Since then, the ship has yielded several thousand artifacts that have been preserved by the water and time.

In 2016, one of the most interesting finds came from a container pressed into clay near the wreckage. When it was brought to the surface, the divers immediately noticed a pungent smell.

Inside the container, they discovered 340-year-old cheese that had been somewhat preserved. Although it was nothing more than bacteria by then, they could examine the contents, which they described as “a mixture of yeast and Roquefort, a sort of really ripe, unpasteurized cheese.” 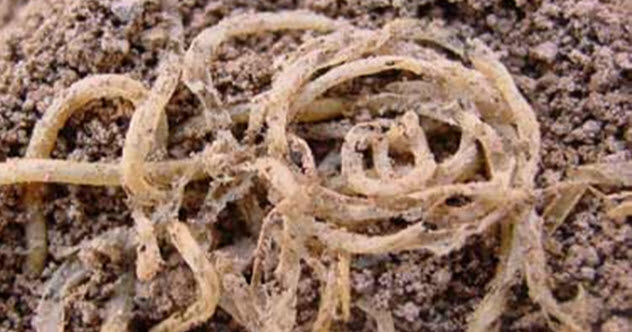 In China, noodles have been a standard food for thousands of years. Until 2005, the earliest mention of noodles came from a nearly 2,000-year-old text from the early Han dynasty.

But when archaeologists went to Lajia, a small community in northwestern China destroyed by an earthquake 4,000 years ago, they discovered an overturned clay bowl 3 meters (10 ft) below ground. The bowl contained a pile of well-preserved noodles, making them the oldest noodles in the world.

The noodles were thin, yellow, and around 50 centimeters (20 in) long. They looked like the traditional noodle, lamian, and were created from millet, which was a standard part of the Chinese diet at the time.