They say that history is written by the winners. But in some cases, it is actually written by the lucky and the opportunistic—especially when time comes to give credit for important advances in human civilization. In many such cases, important breakthroughs made by lesser-known individuals set the stage for others to grab the credit. In other cases, these breakthroughs simply went unnoticed. 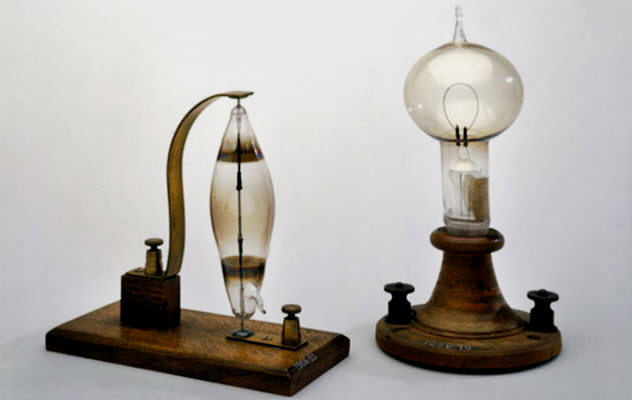 In recent years, much has been made of the possibility that Thomas Edison borrowed some of his designs from competing inventors. Anyone who has attended primary school will likely tell you that Edison was the sole inventor of the lightbulb, but this is untrue. If anything, he simply improved upon the design from a Brit named Joseph Swan.

Swan had filed a patent in Great Britain for a filament bulb a full decade before Edison’s 1879 patent. Swan won a patent infringement suit against Edison in the British courts, resulting in Swan becoming a partner in Edison’s company by stipulation of the court. In addition, Edison’s 1879 patent was ruled invalid by the US Patent Office in 1883, as it was too close to the design of US inventor William Sawyer.

The 1928 Walt Disney short Steamboat Willie is widely regarded as the first animated film to feature a synchronized sound track and to introduce the public to Mickey Mouse, who had debuted two months earlier in the short Plane Crazy. Although Disney’s film was a major hit and improved the perception of talking films, it was not the first animated talkie. It was the second, if only by a month.

At the time, animator Paul Terry was producing Aesop’s Fables–based animated shorts for film powerhouse RKO. After the success of 1927’s The Jazz Singer, the first talking film, Terry was pressured to come up with a talking cartoon. He did—with partner John Foster.

Dinner Time premiered shortly before the more successful Disney film. However, despite the groundbreaking sound track, Dinner Time is generally not regarded as a good cartoon. 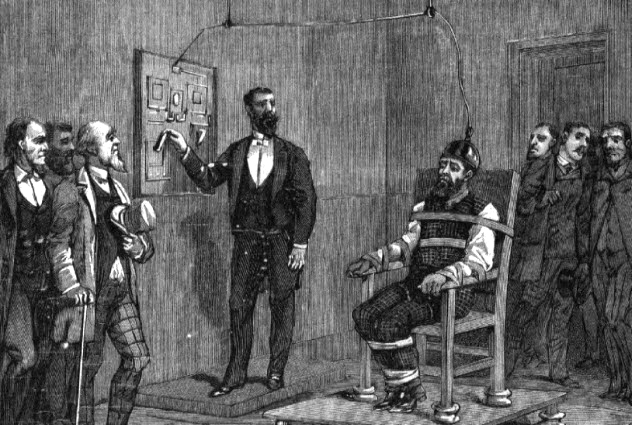 In 1890, the electric chair was first used in the US to execute wife-killer William Kemmler. The chair had been built by employees of Thomas Edison, who was against the death penalty but believed the chair was more humane than hanging. However, New York dentist Alfred Southwick came up with the idea for the electric chair first.

For years, he had experimented with using electric current to numb pain in his dental practice. After witnessing an accidental electrocution at a local dock in 1881, he was inspired to create an apparatus like a dentist’s chair that used electricity as a painless form of execution. Southwick and a partner electrocuted animals to find the right voltage.

When they had trouble with their electric chair, they contacted Edison for help. Although he initially refused, Edison obviously warmed to the idea later. 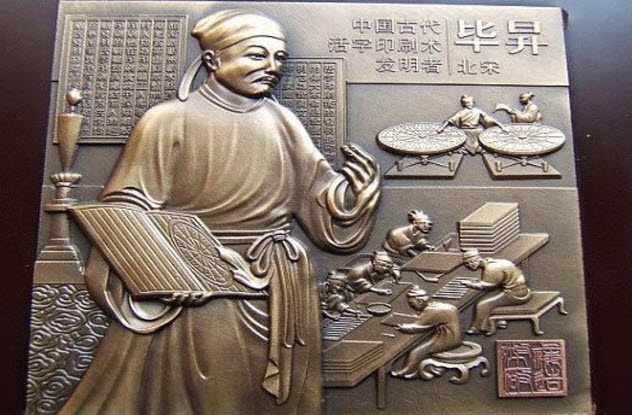 The first mass-produced printed book was the Gutenberg Bible, named after Johannes Gutenberg, the inventor of the printing press with which it was manufactured. This is thought to have occurred in the early to mid-1400s. But the defining feature of a printing press is movable type, a concept that far predated Gutenberg’s machine and even Gutenberg himself.

The printing press had been used for centuries in China and Korea, with movable type invented in the 1000s by a “man of unofficial position” named Bi Sheng. A complete description of his device exists in the writings of a contemporary. In 1313, Wang Zhen’s Book of Agriculture, a remarkably complete record of Chinese scientific knowledge at the time, was mass-produced using an updated version of Bi’s design.

Historians agree that Gutenberg was instrumental in popularizing the technology and making it accessible, but the printing press was in no way his invention. 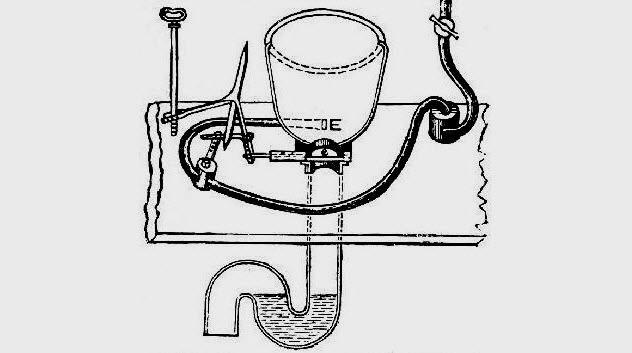 This model left a lot to be desired. It required a great deal of water, and society lacked the infrastructure to properly deal with waste disposal. Cumming’s improved version was the first to feature the S-pipe, which prevented waste (and smell) from backing up and is still a feature of the modern design.

Thomas Crapper merely improved upon this with a modified tank mechanism. He didn’t market his devices—which are the reason that some refer to toilets as “the crapper” to this day—until the late 1800s. 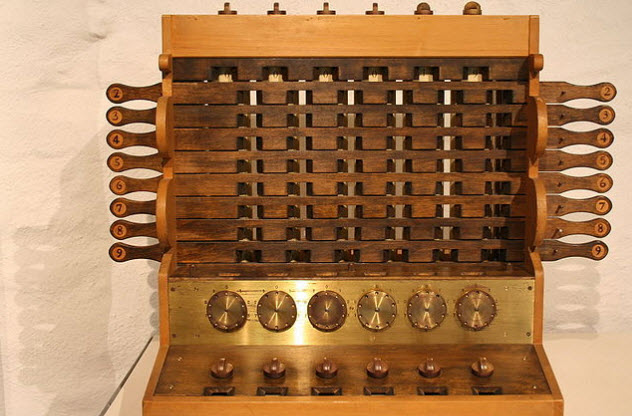 In 1644, French mathematician Blaise Pascal designed the Pascaline, which is largely held to be the first calculator. While Pascal’s ingenious machine was the first of its kind to be mass-produced, it was not actually the first of its kind. That would be an even more versatile device referred to as the calculating clock, which was developed two decades earlier by German astronomer Wilhelm Schickard.

The ability of the device to compute astronomical tables was described in letters to famed pioneering astronomer Johannes Kepler, with whom Schickard was friendly. It could add and subtract six-digit numbers and perform more complex calculations with the help of an add-on. Although the original device was destroyed in a fire, researchers were able to construct a replica in 1960. 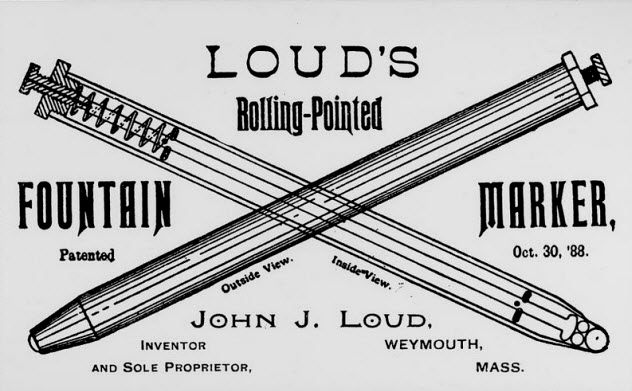 Many inventors had taken a crack at improving the ink-and-quill pen before Laszlo Biro received a patent for his working design in 1945. However, none proved as reliable as Biro’s ballpoint system, the likes of which the world had never seen. Except when it was invented by US leather tanner John J. Loud way back in 1888.

Although it was created specifically for marking leather, Loud’s patented design was virtually identical to the familiar ballpoint we know today. It is unknown if or to what extent Biro was aware of Loud’s design.

Biro’s pen was an improvement, featuring a scaled-down design with an air intake to facilitate ink flow. This design was likewise copied and improved upon in subsequent years. Although Biro’s name is synonymous with ingenuity in many parts of the world, he never saw any substantial profit from his most well-known creation. 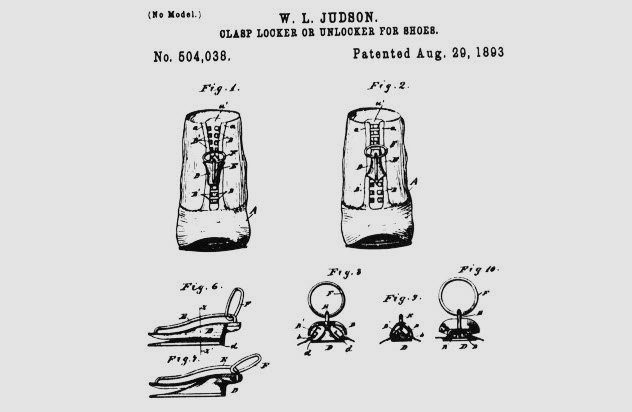 The zipper—under the name “Hookless No. 2”—was patented in 1914 by Otto Sundback, an employee of the Universal Fastener Company. But Sundback’s work would not have been possible if the prototype hadn’t been created over 20 years earlier by one of the founders of his company.

Whitcomb Judson debuted his creation, called a “clasp locker,” at the 1893 Chicago World’s Fair. Attendees were unimpressed as the initial design had a bad habit of popping open. But Judson saw enough promise in it to launch the Universal Fastener Company shortly thereafter with two business partners.

At the company’s Pennsylvania plant, Sundback conquered the design flaw by increasing the number of teeth per inch to 10. By the 1920s, B.F. Goodrich was using the new fastener on their rubber boots, and they coined the term “zipper” for the sound it made. 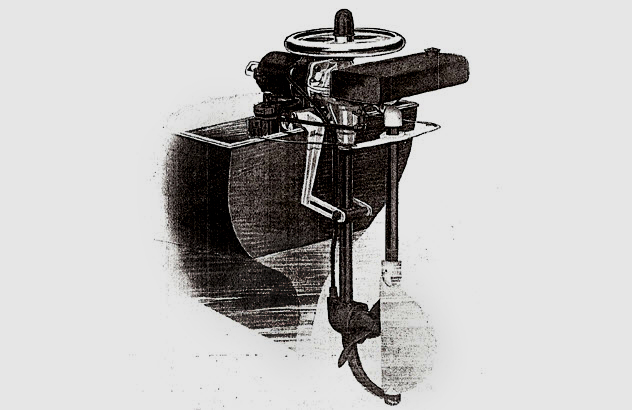 Among boating enthusiasts, the name Evinrude is synonymous with outboard motors. Ole Evinrude’s eponymous company has been manufacturing them since 1909, when his first designs were tested on Milwaukee’s Kinnickinnic River to the astonishment of crowds. But he is not actually the father of the outboard motor.

Former Yale rowing team member Cameron Waterman was granted a patent for an outboard motor in 1907. Waterman first began tinkering with motorcycle engines and developed both the first air-cooled and water-cooled outboard motor designs. Waterman’s company even began selling their motors that year, although sales were slow. Evinrude’s demonstration resulted in immediate, brisk sales not only for his version but for Waterman’s as well, having proven the viability of such an engine. 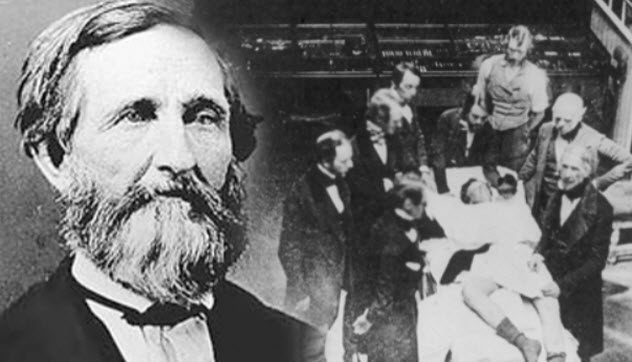 On October 16, 1846, the public saw the first surgical procedure carried out under anesthesia—a tooth extraction performed painlessly by Boston dentist William T.G. Morton. Dr. Morton had been searching for a better alternative to the nitrous oxide commonly used in dental procedures and found one in ether when administered in the proper dosage.

However, Crawford Williamson Long, a Georgia general surgeon, had earlier conceived of using ether in this fashion while observing recreational users of the drug and noticing that they literally felt no pain. In March 1842, Dr. Long performed the actual first anesthesia-assisted procedure to remove a cyst from the neck of patient James Venable. But it was done in the presence of only three witnesses.

Perhaps the more public nature of Dr. Morton’s procedure is why he is remembered as having made the discovery.