War is often a confusing mess where soldiers are killed or taken prisoner. In many cases, they’re left unaccounted for and disappear from history. While most soldiers who are declared dead will never be seen again, some have been found alive years after their “deaths.” 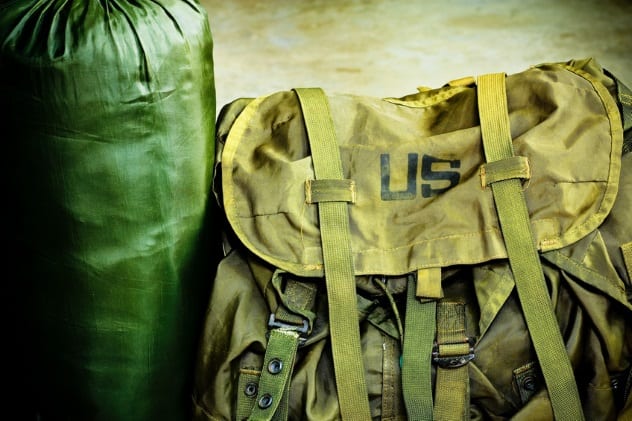 In 1970, Master Sergeant Mateo Sabog was preparing to return to the United States from Vietnam. He was supposed to head from Saigon to Fort Bragg, North Carolina, but he never showed. The Army only learned of his disappearance when his brother, Kenneth, wrote a letter asking about his whereabouts in 1973. Sabog was believed to be a deserter, but a second letter from Kenneth caused the Army to declare him dead in 1979.

Then, in 1996, Sabog reappeared seemingly out of nowhere. It seems that he simply walked away from the military and began living with a woman in California. After her death, he applied for social security, revealing his identity. Still considered active military, Sabog briefly became the oldest serving soldier until returning to his family. His only remark was, “I’m sorry.” He died in Hawaii in 2007. 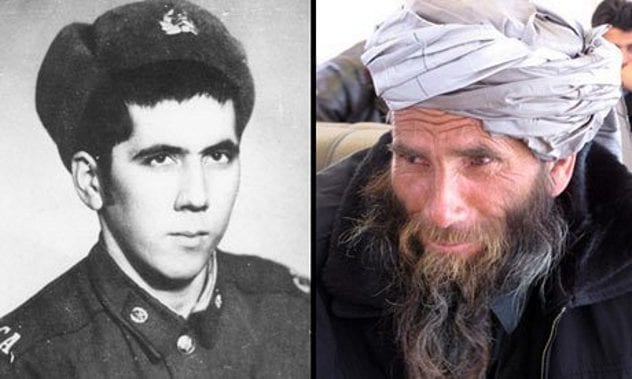 The complicated conflict between the Soviet Union and Afghanistan in the 1980s ended in both bloodshed and confusion. One victim of the war was Bakhretdin Khakimov, a native Uzbek who was believed to have died in 1980 after being seriously wounded.

After his official “death,” Khakimov was apparently treated with herbs by a medicine man. Khakimov eventually became a medicine healer himself, going by the name of Sheikh Abdullah. He later married an Afghan woman and lived through the US invasion in 2001.

Khakimov was found by the Committee for International Soldiers in 2013—33 years after his “death.” While he remembered his family, he couldn’t speak Russian very well and still had nervous tics relating to his time in the Red Army. Otherwise, Khakimov was fine despite his long disappearance. 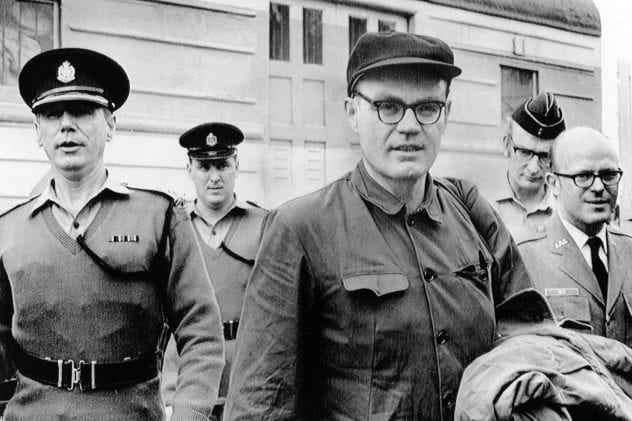 In 1952, John T. Downey was serving with the CIA, gathering information during the Korean War. When he and another agent flew a mission over Manchuria to rescue an intelligence contact, they were shot down after the contact double-crossed them. Downey, though he wasn’t in the military, would become the United States’ longest-held POW.

Downey, presumed dead, was held prisoner by the Chinese for 20 years. The Chinese first announced that he was held captive in 1954, when he was sentenced to life imprisonment. He was held in solitary confinement for long stretches of time, as long as six years.

In 1973, Richard Nixon personally intervened and had Downey returned to the US. Downey was given the CIA’s highest awards afterward but didn’t want be known as a prisoner. He would go on to graduate from Harvard Law and work as a public servant until his death in 2014. 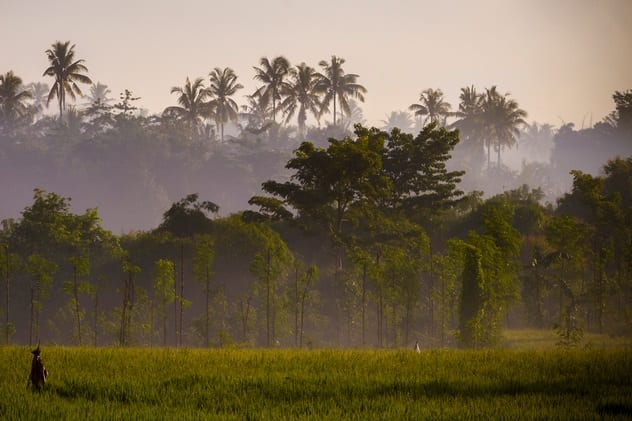 Teruo Nakamura was conscript from Taiwan who was stationed on the island of Morotai when the Allied forces attacked in 1945. Nakamura and a few other Japanese soldiers hid in Morotai’s jungles . . . and never learned of Japan’s surrender.

After an argument, Nakamura left his group in 1956 and lived almost entirely alone. He built a hut and lived off whatever crops he grew along with supplies he stole from a nearby village. Villagers tried to tell him about Japan’s surrender, but he wouldn’t budge.

In February 1974, another holdout named Hiroo Onada was found and returned to civilization. In December, Nakamura, too, would return after a platoon of Indonesian soldiers dressed in Japanese uniforms pretended to rescue him. He returned to Taiwan as the last official Japanese holdout and died in 1979. 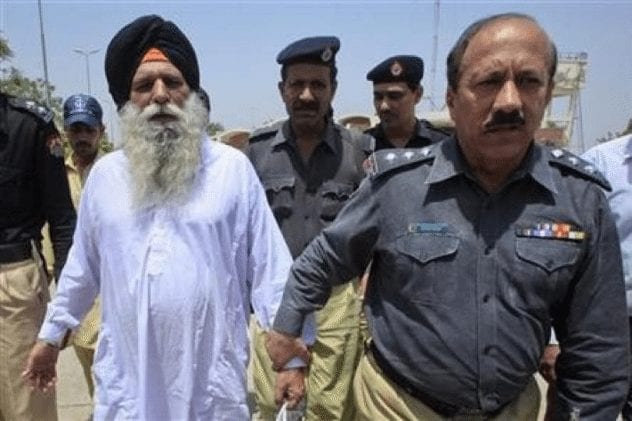 In 1981, Surjeet Singh left India, not to return for 30 years. His family never knew what happened to him and presumed him dead. Surjeet was alive but being held prisoner in Pakistan. He was a spy who was sent to Pakistan, but after he was caught, India denied the mission.

In 1985, Surjeet was sentenced to death, but after pleading for mercy, his sentence was commuted to life imprisonment. He was allowed no communication and was kept in isolation. In 2004, Surjeet was allowed to mail a letter to his family to inform them that he was alive.

Finally, in 2012, he was allowed to return to India, where he freely admitted to being a spy and criticized the Indian government. For restitution, the government provided him with funds to improve his family farm. Surjeet has become an advocate for other Indians still held in Pakistan. 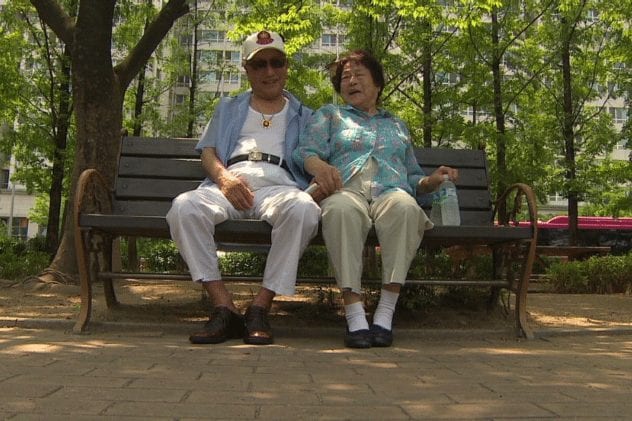 Lee Soon-sang fought in the Korean War and was captured in 1953, just two days before the armistice was signed. For the next three and a half years, he would be held as a POW before being forced to work in North Korea’s brutal Aoji coal mines. Lee gave up hope of ever seeing his wife and family again; he was even led to believe that his wife was dead. He remarried, but he never forgot about his old family.

In 2004, a “broker”—someone who smuggles people back and forth from North Korea—told Lee that his wife was in China and that he should get money from her and return with it to North Korea. Lee had amassed a small fortune of $150 from selling cigarettes and gave it to his North Korean family before returning to his first wife. She was shocked that Lee was alive, but they nevertheless resumed their relationship. Lee wouldn’t return to North Korea again and has refused to speak about his old life. 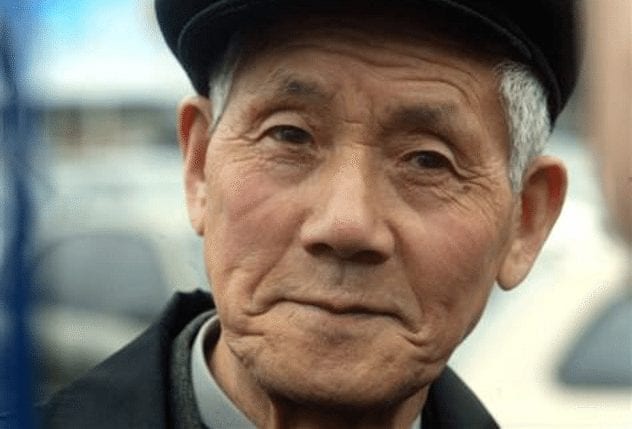 In 1958, Ishinosuke Uwano was stationed at Russia’s distant Sakhalin Island and went missing for decades. His family had him declared dead in 2000. Little did they know that Uwano was actually alive far away in an unlikely part of the world. In 2006, Uwano was discovered alive, living in Ukraine.

Most of his circumstances from 1958 to 2006 remain murky, but it seems that in 1965, he went to Kiev and wasn’t permitted by the Soviet Union to contact his family in Japan. He married and started a family after assuming Ukrainian citizenship and giving up any hope of returning to his home country.

Officials searching for missing soldiers in the former Soviet Union were shocked to find Uwano alive. He was allowed to return to his family, whom he visited after being separated all those years. Although he was happy to be home, he chose to return to Ukraine, where he had built his own life.

3 The Soldier In The Forest 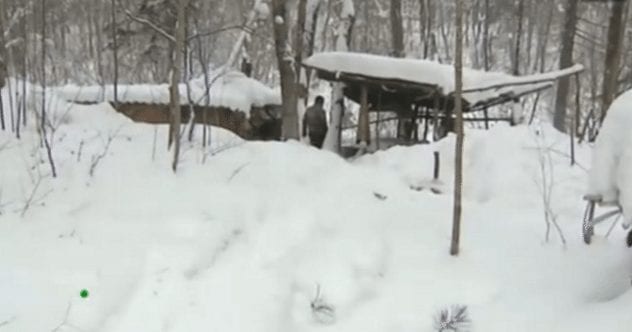 In 2015, an unnamed Russian solder, who had long been presumed dead, was found alive over a decade after he had disappeared in 2004 and in a most unusual place. The soldier had been stationed in the remote Kamchatka Peninsula after being conscripted due to “family problems.” After his family mistakenly identified another dead body as his own, he was declared dead, and the family even buried the body.

The soldier actually built a crude shelter for himself in Kamchatka’s vast forests and worked odd jobs to survive. He was only found after residents told authorities about a “suspicious inhabitant” living in the woods. He was met with confusion more than anything else after being gone for 11 years. He was treated with leniency due to the amount of time that had passed and because his issue was believed to be “psychological.” 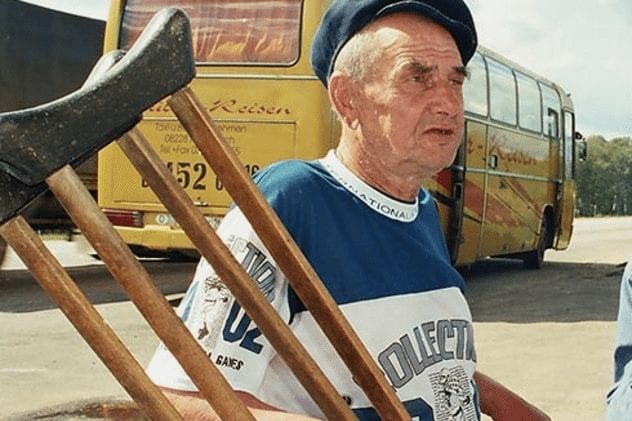 In 2001, Andras Toma returned to his home in Hungary after having been missing for 55 years. His ordeal began during the waning years of World War II, when he was captured by the Soviet Army in 1944 after being conscripted into the joint Hungarian/German army. He was taken to a prison camp near Leningrad in 1945.

In 1947, the camp closed down. Toma, who spoke little Russian, was taken to a psychiatric hospital, where he would be forgotten for over half a century. When he was finally discovered, Toma was elderly and toothless, with only vague memories of his old life.

There were no records to guide investigators, so they could do nothing but listen to Toma’s memories. Over 80 families claimed him as a missing relative. Enough information was gathered to lead him back to his village in Hungary, where he was immediately recognized by his family. 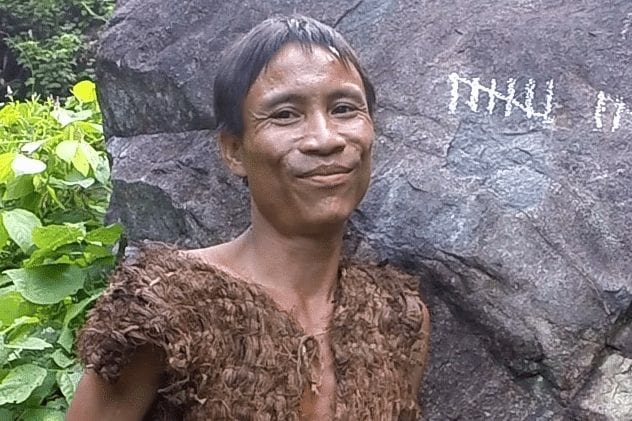 Ho Van Thanh’s story has almost no parallel. During the time he was thought to be dead, he was accompanied by his son, Lang. Thanh served with the Vietnamese army, but when his village was bombed in 1972, he took his year-old son and fled deep into the jungle. Thanh thought the rest of his family was dead and remained vigilant, believing the war never ended. He raised Lang with no contact with the outside world.

One of Thanh’s other children actually survived—a son named Tri. After hearing about a pair of jungle men, Tri went looking for them. A decade before they left the woods, Tri made contact. Lang (pictured above) took to him quickly, while a declining Thanh didn’t believe Tri was his son. At 82, Thanh’s health forced him to return to civilization in 2013, bearing an incredible story of survival unlike any other.