There are far too many celebrity hoaxes as it is. If it isn’t Avril Lavigne being replaced by a doppelganger, then its Jeff Goldblum falling off of a cliff in New Zealand. While these are often laughed about and forgotten very quickly, there are still people out there that believe to have seen The King clear as day and in the rotting flesh. Here are the top 10 places Elvis’s cold, dead feet are supposed to have grace-landed in recent years.

10 Elvis is an Undercover DEA Agent 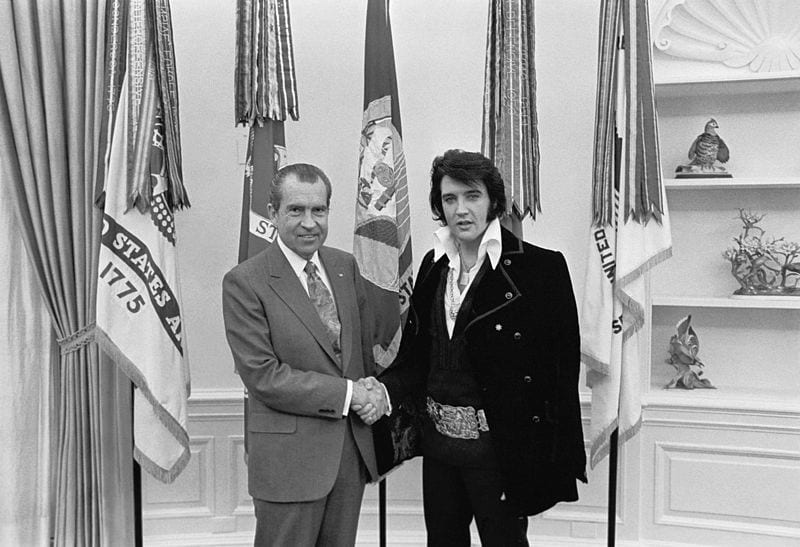 During his career, Elvis was known to have worked alongside president Nixon in spreading awareness against drugs. He was even known to have denounced the Beatles for their “hippy” and “anti-American” lifestyle. But rather than dying on the toilet from long term drug-abuse, some sources say that his massive image in american culture was too dangerous for someone with a Bureau of Narcotics badge. So they faked his death to keep him safe, now he appears around the world in various disguises to continue the fight against drugs.[1]

9 Elvis Is An Extra In Home Alone

In this clip from Home Alone (1990), you can clearly see someone who resembles The King delivers one of his famous head tilts. It’s an uncanny resemblance, right? Actually it’s entirely ‘canny’; the extra used in this scene was confirmed to be none other than Gary Grott.

Grott was a close friend of Home Alone’s director, Christopher Columbus (yes that really is his name) and he appears in several of Columbus’s lesser known films. The head tilt was actually Grott’s best attempt at acting like an annoyed airport civilian. Maybe there’s a reason he never hit the big time. Unfortunately, Gary Grott passed away due to a heart attack in 2016 but as his family can attest, he was said to have enjoyed wearing the suede shoes for awhile. Who knows, maybe Grott is still out there too![2]

8 Elvis Is A Groundskeeper In Memphis

If you lived a crazy life as the world’s biggest rock star, you’d most likely end up retiring as an 83 year old groundskeeper. Right? It sounds far fetched, but there is a clinically insane fan base that would tell you otherwise. This clip shows “Elvis” doing various groundskeeper tasks. The real identity of the man in question is still unknown. He does, in fact, wear an Elvis t-shirt. So, by that logic, anyone wearing an Elvis t-shirt right now could very well be The King, Keep your eyes peeled.[3]

7 Elvis Attended His Own Birthday Party 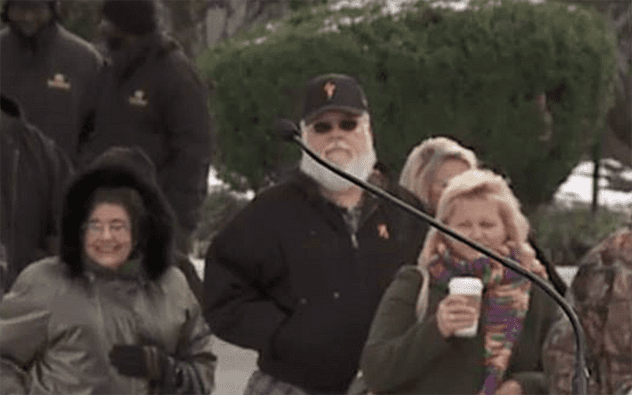 Photographs surfaced of Elvis’s 82nd birthday celebration in Memphis where a man with similar stature is in attendance. He wears a black baseball cap and glasses, has a bushy white beard and is seemingly accompanied by a small security detail which leads people to believe that Elvis was attending his own birthday in disguise. And if that’s not him, fans will have you believe it’s his stillborn twin, Garon. Although, Garon seems to be brought up any time there is a hole in an Elvis-is-alive argument. If it isn’t Elvis, it’s his brother, who also died.[4]

6Elvis is in Argentina Under Witness Protection 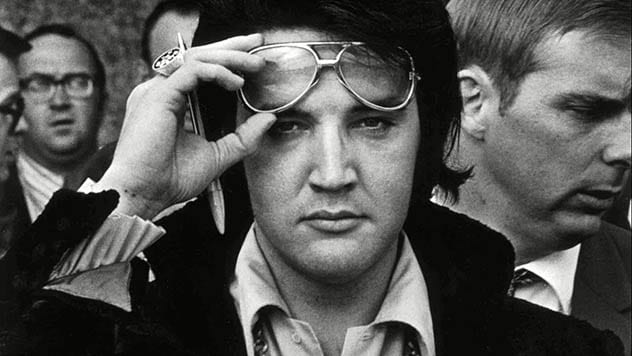 Shortly after Elvis’s death, there were several claims that he was seen checking into a Memphis airport under the name John Burrows, which was an alias he was said to have used throughout his career. The plane was set for Argentina and as an Argentinian military member once claimed, a Pan Am flight did land there in 1977. With the knowledge that Elvis had a relationship with American government and a Bureau of Narcotics badge, an attempt to infiltrate a criminal organization called “The Fraternity” went sour. Elvis was found to be a mole for the government and was quickly escorted out of the country.[5]

5 Elvis Is At Home, Kickin’ It By The Pool

Yep, you read correctly. In 1978, there was a heated debate surrounding a photograph that was taken by a poolside in Graceland. It shows a pool house screen door with a familiar face lurking behind it. The photograph even made it on CNN as Larry King and several other people involved went back and forth discussing its legitimacy. The photograph was taken by Mike Joseph who initially claimed it to be The King but later went back on his statement saying he had met with two of Elvis’s friends who were able to confirm that the photograph was not of Elvis, but of his cousin Jimmy, whom Elvis never got along with.[6]

4 Elvis is Sending Roses To His Exes 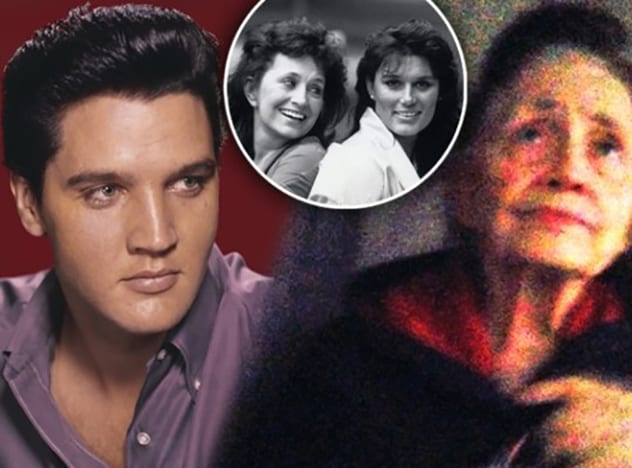 Photo credit: Back In Memphis

What would you do if everyone thought you were dead? Mess with people’s heads is the only correct answer. Only a day after Elvis’s death, Lucy De Barbin, one of his ex girlfriends, received a single rose in the mail sent by none other than El Lancelot. This was apparently her odd term of endearment for Elvis and is a name only she would have been able to recognize. We are only left to assume that this was his way of telling his loved ones that he was not dead.[7]

3 Elvis Escaped In A Helicopter 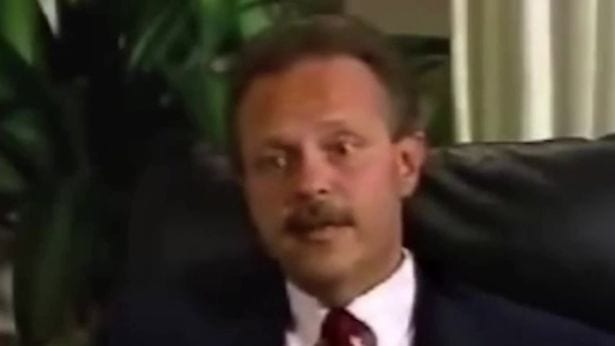 In a novel titled The Presley Arrangement, Monte Nicholson describes an experience he had working with the Los Angeles Police Department. He was informed that not only was there a suspicious helicopter hovering over Graceland the night of Elvis’s death, but that there were photographs taken of Presley himself getting into that helicopter from earlier. Some theorize that somehow, Elvis was replaced with a wax figure look alike moments before he was found dead. Could he have made the switcheroo?[8]

2 Elvis Is A Ghost That Talks Through People 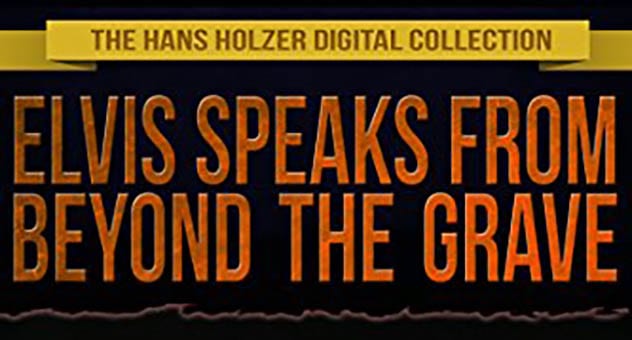 An entire book was written by Hanz Holzer about a housewife from New Jersey who claims that Elvis could speak through her and to his family. Elvis even pops up in modern day articles where people with psychic abilities decide to take on messages from the Late King. One including someone named Amy, or as she is also referred to as “The Closet Clairvoyant.” In the article titled, “Conversations With Dead People: A Medium’s Session With Elvis Presley” Elvis is quite the chatterbox. He rattles off some obvious buzzwords like, “sugar” and “honey.” Or maybe that’s just what was in the room at the time.[9]

1 Elvis Is In Vegas 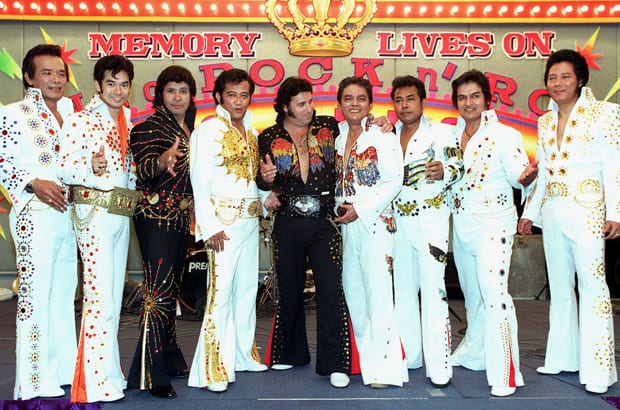 Elvis comes in droves if you’re in Vegas. They’ve got old Elvis, young Elvis, short Elvis, fat Elvis. What better place for an Elvis to retire and stay hidden than a city full of people pretending to be Elvis? I have my own personal theory that if he were to be alive to this day, he would be smart enough to hide in plain sight. Of all the theories you’ve heard today, which one sounds the most believable? Just sayin. We will most likely never know whether Elvis has truly left the building or not.[10]

For more lists like this, check out 10 People Who Died On The Toilet (That Aren’t Elvis), and 10 Crazy Conspiracy Theories Clouding The Music Industry. Thank you very much.

About the Author: I play in a San Diego rock and roll band called Lefties. @lefties_sd on media platforms. I’ve always had top 10 lists rolling around in my abstract head, its nice to have an opportunity to drain my brain.

Ten Fascinating Music Plagiarism Cases and How They Ended Up