By our best guesses, Halloween may be older than Christianity. In those days, it was a Celtic pagan festival called “Samhain,” a time when the barriers between the land of the living and the dead blurred.

Little is recorded of how Samhain was celebrated, and so we’ve had to gather what we know from legends and secondhand accounts. The details paint the picture of some dark and unnerving rituals and of something very different from the holiday we celebrate today.

10The Ritualistic Murder Of Kings 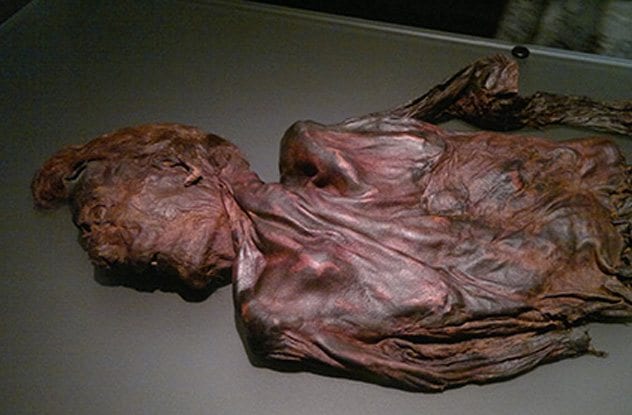 In the bogs of Ireland, dead bodies have been found, still perfectly preserved. Their skin is covered in a thick layer of black peat that has kept the flesh from decomposing. The faces they wore in life are the same today, hundreds of years after their death, and even the hairs on their heads are still intact.

Many of the bodies aren’t there by chance. Archaeologists believe that these bodies are the remnants of a ceremonial sacrifice. Clothes and grooming reveal that these dead were of the ruling class, fitting into legends about the ritualistic murder of kings committed on Samhain.

If the year was a hard one, tormented by plagues or famines, the people would hold the kings responsible. The failed king would be sacrificed and replaced, and his body would be thrown into the bog.

9The Rise Of The Dead 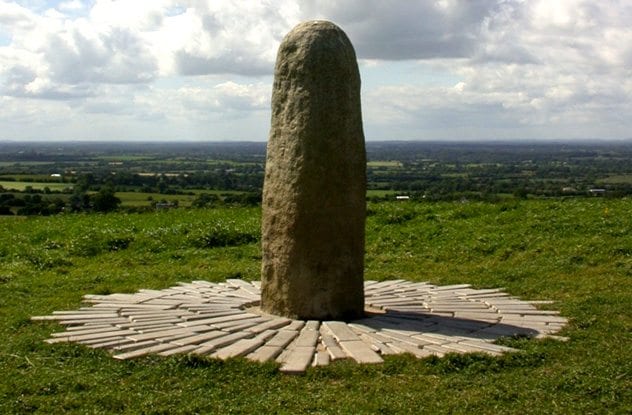 On Samhain, it was believed that the doors holding in the world of the dead would open. Dead loved ones would wander out into the world of the living, often trying to make their way back to their homes.

In some places, they took pity on the dead. They would leave food outside the door to feed the passing ghosts or even leave their doors open and prepare a place for the dead to rest.

Not all the dead were so peaceful, though. One Irish legend says that, when the portal to the dead opened, a creature called Aileen would emerge from the otherworld and burn the town of Tara to ground every Samhain. In some place, in fear of these spirits, the people would spend Samhain with their doors locked shut, afraid to step outside. 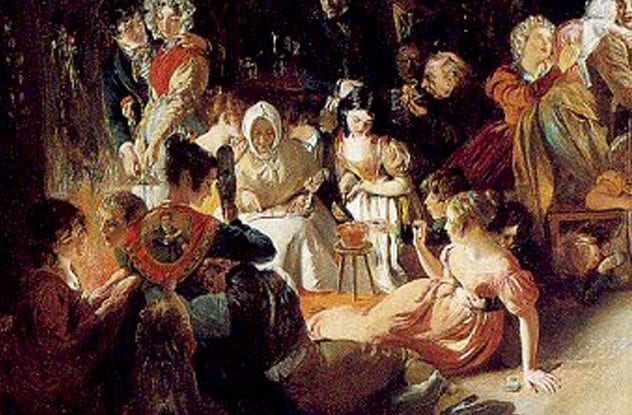 During Samhain, people would call upon spirits to tell the future. There were some strange rituals performed during the holiday, meant to let people know if prosperity or misfortune awaited them, most of which were described as “spells.”

Some were fairly innocent. In one, for example, girls would hide beside a neighbor’s house. They would fill their mouths full of water, holding a pinch of salt in each hand, and listen in on their conversations. The first name of an unmarried man, they believed, would be the many they married.

In another, men would open the doors of the barn and mime letting down corn against the wind three times. After the third time, a spirit would pass through the barn, taking the appearance of the position they’d hold in adulthood. Boys were encouraged, though, to take the hinges off the doors or else the spirit would never leave, staying behind to torment them. 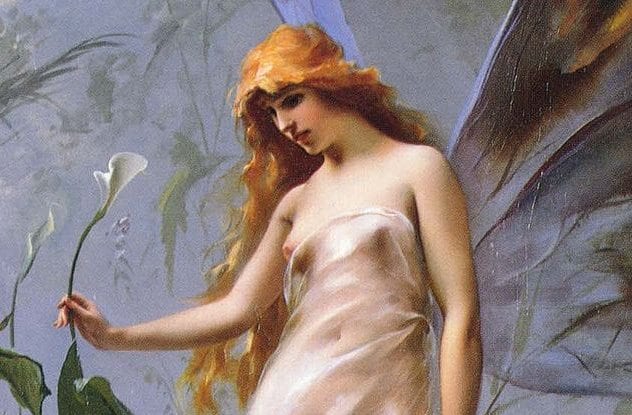 During Samhain, fairies would leave their homes and roam the world of the mortals. That might sound like a magical moment, but these fairies weren’t Tinkerbells. They were horrific monsters, and this was one of the most terrifying parts of the holiday.

The fairies, led by the King of the Dead, would ride on storm clouds with an army of hellhounds to gather the newly dead. During Samhain, though, they were less discriminate. Sometimes, they would pull the living along with the deceased and drag them to the afterlife.

On the day of the festival, people would stay clear of fairy mounds, the hills that dot the Irish landscape, fearing that one would catch them if they strayed too close and pull them down into hell.

6The Creatures Of The Cave Of Cats 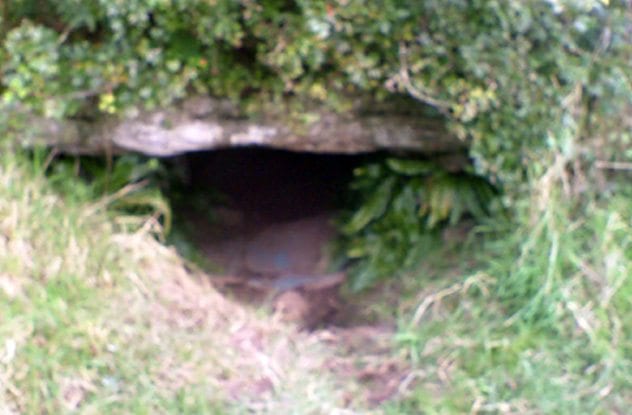 The most dangerous place of all during Samhain was Oweynagat, the Cave of the Cats. This was a narrow hole dug into a hillside. According to legends, the Fairy Queen had stopped there centuries before, and her maidservant had been so taken with the place that she asked to live there. Since then, the place had been overrun with malevolent spirits.

People in the medieval times wrote countless notes claiming that they’d seen monsters crawl out of the cave. One said that the apparition of a woman came out every year and took away nine of the best animals from every herd. Another said that strange beasts would emerge from the cave, and another that demonic cats were set loose during Samhain to attack the people in the town below. 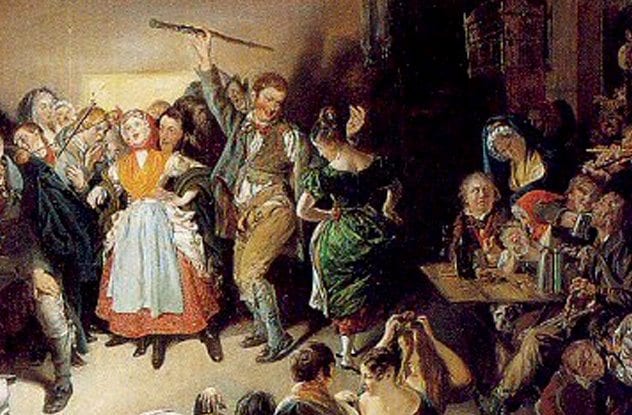 A major part of Samhain was getting as drunk as humanly possible. Samhain marked the last great harvest before winter, and grain would be taken in en mass before it was ruined by the frost. The people, as a result, would have a huge surplus of alcohol, and since refrigeration didn’t exist yet, they either had to use it or waste it.

People drank incredibly heavily during Samhain. Getting drunk was so linked with the festival that every single ancient Irish story about drunkenness takes place during Samhain. There are whole legends, like “The Intoxication of the Ulstermen,” that use people getting hammered during the festival as the inciting action or even as the whole focus of the story. 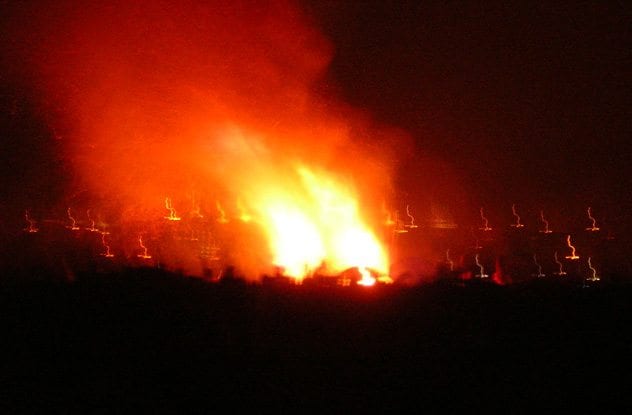 Fire was a major part of the festival. People around the country would light fires in their homes during Samhain, but the details of this ritual varied from place to place and in some areas involved some dangerous and dark customs.

In Moray, boys would go door-to-door begging for “peat to burn the witches.” They would make a great fire and lie down as close as they could to it without getting burned, letting the smoke billow over their bodies. Their friends would then leap over them and through the smoke, believing that the ritual gave them magical protection.

In parts of Wales, people would jump over the fire and run away, imagining a creature called the Black Sow would take the slowest runner. According to J.A. MacCulloch, this was a toned-down version of an older ritual. In the past, he claims, they would catch one of the runners. The victim would “’laden with the accumulated evils of the year” and throw him onto the bonfire as a human sacrifice.

3People Dressed Up As The Dead 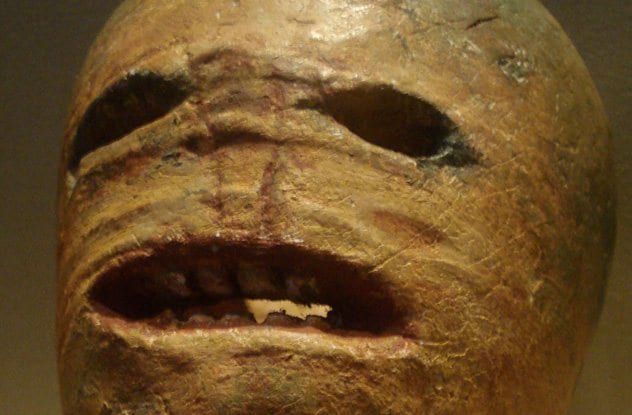 Costumes were a part of Samhain, just like modern Halloween. In those days, though, nobody dressed up as a superhero—they dressed as the dead. People would paint their faces black and put on disguises made out of straw, believing the clothes would make the spirits who roamed the earth believe they were one of them.

Others put on the skin of freshly slaughtered animals. Samhain was a time when masses of animals were slaughtered to stock up for the winter, and the first sound that marked the beginning of the celebrations was the squeals of dying pigs. To avoid the touch of the wandering dead, people would take animals skulls and skins and fashion them into demonic-looking costumes. 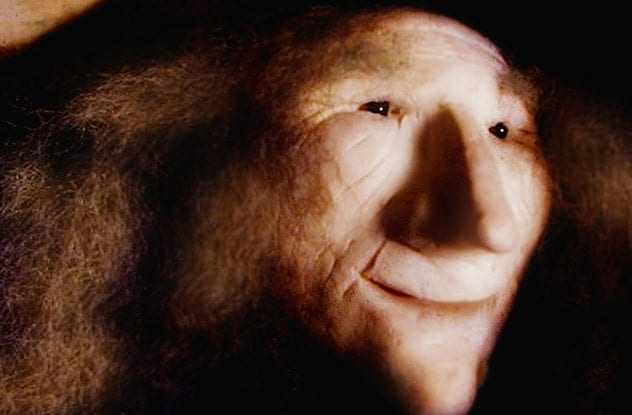 It wasn’t just the line between living and dead that blurred. Somewhere along the line, people started using Samhain to blur the lines between genders, too. Samhain, and later Halloween, were celebrated with men in drag wandering the streets.

By the mid-19th century, most groups that went door-to-door on Halloween predominantly consisted of men dressed as women—“hags,” as they were called in Wales. These hags would knock on people’s doors and ask for food or hospitality.

If a home was particular dirty, the men dressed as women would come inside and start sweeping, humming “mum-m-m” as they worked like a disapproving wife. 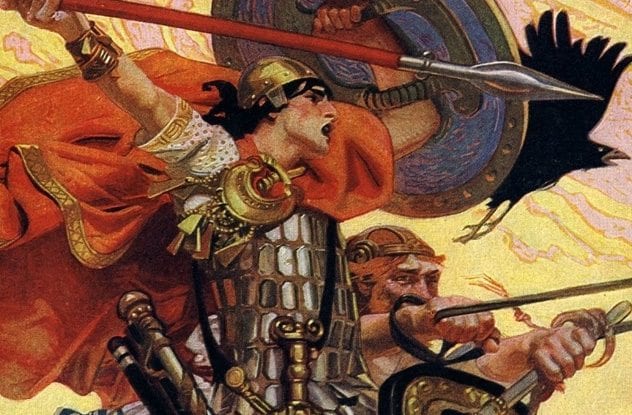 In the earliest of days, Samhain may have been a time of child sacrifice. Irish legends talk about a time when gods demanded sacrifice during the festival. One legend says that the people had to give up two-thirds of everything they owned at the beginning of winter, including their corn, their milk, and their children.

Another article, written by a Christian monk, claims that at a place call Mag Slecht, there was once an idol to the deity Cromm Crauch. According to the monk, this altar was used to sacrifice children during Samhain.

“They slew their hapless firstborn with much wailing and peril,” the monk writes, “to pour their blood around Cromm Crauch.”