Whether it’s a solemn celebration honoring the spirits of the dead or a saccharine, candy-laden costume party, Halloween is a time when we look beyond the everyday and into the weird. Take a deeper look into the holiday, and you’ll find some weird things.

10The Religious Origins Of Costumes While today’s costumes channel an inner fantasy, they started with a much more solemn purpose. One of the earliest examples we have of people donning costumes comes from Hallow Mass, a ceremonial mass dedicated to prayers for the dead. People appealed to their ancestors for everything from happy marriages to fertility, and costumes were a part of that.

It wasn’t until the Victorian era that the idea of dressing up really went mainstream, and a lot of that started with the Robert Burns poem “Halloween.” Originally, the best costumes were the ones that were creepy, which isn’t entirely surprising. The Victorians were obsessed with the idea of spirituality and the afterlife, so pioneering the ghost costume made a lot of logical sense. 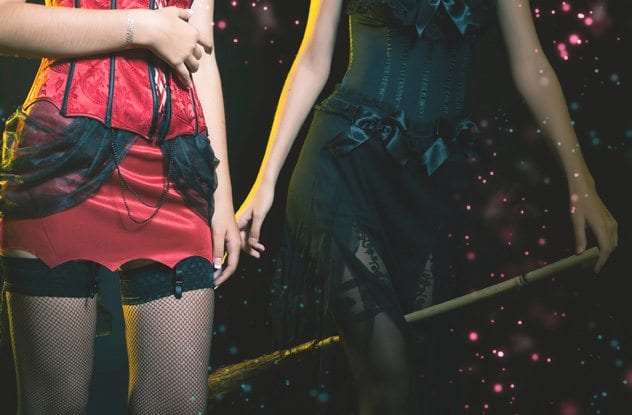 Halloween is supposed to be scary, so when did we start dressing up as sexy nuns and sexy cops?

Dressing up allows people to push boundaries. There was virtually no such thing until the 1970s, and it all started with a convergence of the flamboyant cultures of the gay community, feminism and female empowerment, and the Halloween parades that capitalized on this newfound freedom. Halloween was the day you could get away with things that were in no way acceptable on any other day, and we’ve never looked back. 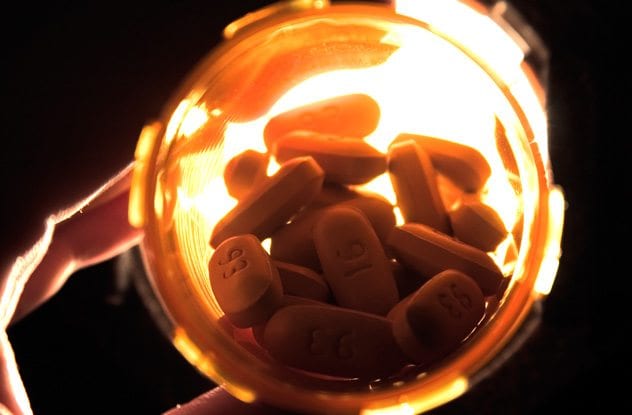 We’ve already talked about how poisoned Halloween candy being handed out to unsuspecting kids is nearly a complete myth, but Halloween of 1950 did see countless kids get sick. After that fateful October night, scores of children started experiencing gastrointestinal issues, welts, and rashes. So many got sick that it was brought to the attention of the FDA, who finally traced the problem to Orange Dye No. 1. Even though it had already been approved by the government in 1906, more research found that the orange dye (and six other types of food dye) used products resulting from the processing of coal and contained the toxic chemical benzene. It wasn’t until Halloween that enough children ate enough of the dye and got sick enough that it got the attention of the FDA.

Tests confirmed that it was, in fact, the dye that was causing the illness and that it didn’t even take much of it to kill rats. The dye was banned, and FDA regulations were amended to include colors additives on the list of food ingredients that needed to be disclosed on labels. Today, the “trick” part of trick-or-treating is mostly harmless, but that was not always the case. In Omaha in the 1920s, there was so much vandalism going on that 500 teenage boys received a badge for one night only, in the hopes they would help stop the destruction. In 1938, Boston gave awards to the school districts that had the least damage. In 1948, one Long Island doctor’s home was vandalized to the tune of $100,000 in today’s money, and that was just one incident of Halloween rioting that happened across North America in the 1940s.

The rioting, vandalism, and (in some cases) racially motivated attacks got so bad that in 1950, the Senate Judiciary Committee started looking at getting rid of Halloween altogether in favor of the National Youth Honor Day. Halloween lovers decided that bribing kids with candy was a better way to go, and trick-or-treating became popular. Even if this one is no longer a part most Halloween parties, its pedigree as a Halloween staple is undeniable. The idea went back to the Celtic Samhain, when it was believed that not only did the dead walk the earth on one night, but divination done on that night would be particularly effective. Since apples were always closely tied to fertility and female power, bobbing for apples became a more modernized version of channeling the wisdom of the dead. In some areas, girls would mark apples before bobbing for them, and whichever apple they got was thought to foretell their romantic future.

Apples were also thought to symbolize rebirth and lasting life, flourishing in the fall and reborn again in the spring. An apple peel thrown on the ground by a single girl would show her the first initial of her future husband, it was thought, and magic on Halloween was infinitely more powerful. The roots of this tradition go back to ancient Ireland and a story about a man named Jack, who made the mistake of trying to play a trick on the devil himself. Jack was cursed to walk the earth for eternity, and the only thing he had to guide his way by was a hollowed-out turnip with a burning coal inside.

They were terrifying, and people began carving them and putting them around their homes to scare off the evil spirits that walked the land on that one, single night. Unfortunately, the tradition of carving turnips fell by the wayside once Americans discovered that pumpkins were easier to carve.

4The Real Danger On Halloween 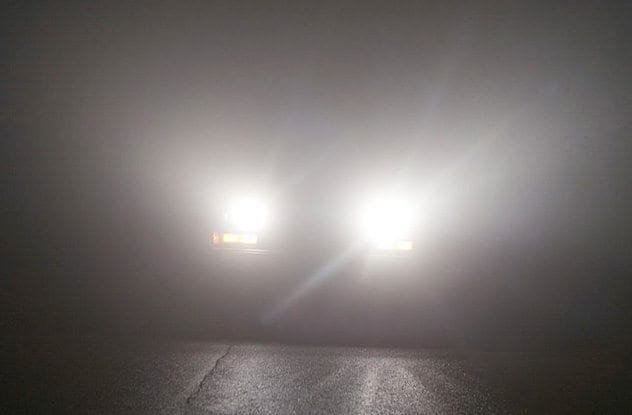 If no one truly has to worry about poisoned Halloween candy, what is there to worry about? According to studies done by the US government, the Nationwide Children’s Hospital and an organization called Safe Kids USA, the answer is simple: car accidents. On Halloween night, there has been an average of 5.5 pedestrians killed by cars every year, compared to a 2.6 average deaths on any other day of the year.

There may be a couple of reasons for this. Not only are people distracted by everything from other groups of trick-or-treaters to Halloween decorations, but movement and vision can easily be restricted by costumes. At the same time, it is easy to trip in a long, flowing robe, and kids are also out in unfamiliar neighborhoods on strange streets, and that can all spell trouble for Halloween monsters.

3The Real Deal With Candy Corn 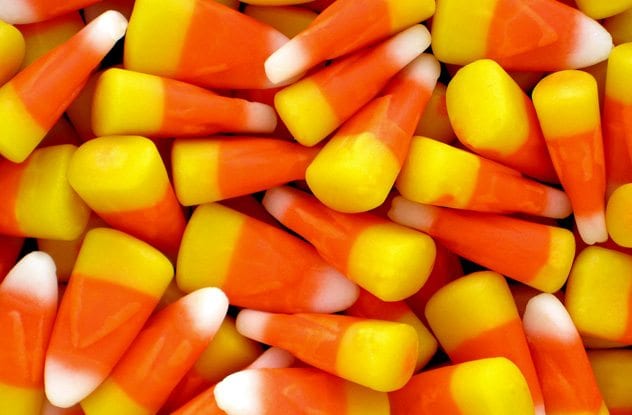 Candy corn has been around since the 1880s, and it has always been one of those things that most people claim to hate. Those who do love it probably already know about National Candy Corn Day, which is October 30.

The recipe for candy corn has not changed, and it is still made with fondant, corn syrup, marshmallow creme, vanilla, and sugar. In the early days, when each kernel was handmade, the original name was “Chicken Feed,” and it was first designed to tap into rural America’s most familiar images for a treat that was available year around. Its association with autumn is no coincidence, as it was part of a group of candies (that also included candy turnips, chestnuts, and clovers) that symbolized the fall harvest.

According to the National Confectioners Association, candy corn is the favorite Halloween treat of a whopping 12 percent of the population. The history and mythology of the cauldron involves much more than stirring whatever potion the witch happens to be brewing.

Before Christianity, the cauldron symbolized the womb of the cosmos. Everything—life, energy, matter, the physical and the spiritual—came from the cauldron and returned there at death. That made the crone figure powerful, in charge of overseeing the perpetual life cycle that kept everything going. According to ancient Irish lore, the cauldron was the domain of the Dagda and was the source for all life—and, specifically, poetry. Not until Christianity came along did the crone need to be discredited, and her cauldron was assigned a less than-honorable role of brewing poisons and potions. 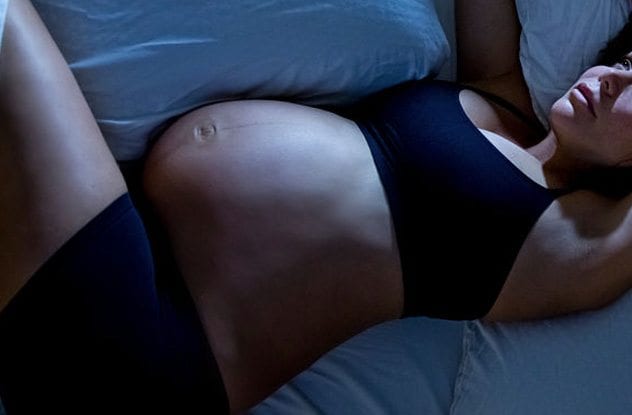 Studies have shown that anyone who has a birthday on Halloween has beaten the odds in a weird way. A study done by the Yale School of Public Health (whose data was supported by another, independent study done in Taiwan), found that births have a steep drop-off on Halloween. That wasn’t just induced labors and caesarian sections, either, but natural births as well. When 1.8 million birth records over a 20-year period were studied, it was found that birth rates took an 11.3 percent drop on Halloween.

Science absolutely does not have an explanation for this, but those behind the study think that it might have something to do with the general feeling—and, in turn, subconscious mindset—of people during various holidays. They also found a 5 percent rise in birth rates around Valentine’s Day, making them suspect that Halloween might be dishing out some heavy-handed havoc when it comes to expectant mothers.