One culture’s trash is another one’s treasure. That’s the belief held by scientists who practice garbology, the study of trash. Garbage is something that all civilizations create.

By studying the waste left behind, scholars have been able to make some interesting discoveries regarding our ancestors. While garbology is unlikely to yield any priceless artifacts, many archaeologists feel that it offers the most genuine glimpse into the day-to-day life of older cultures. 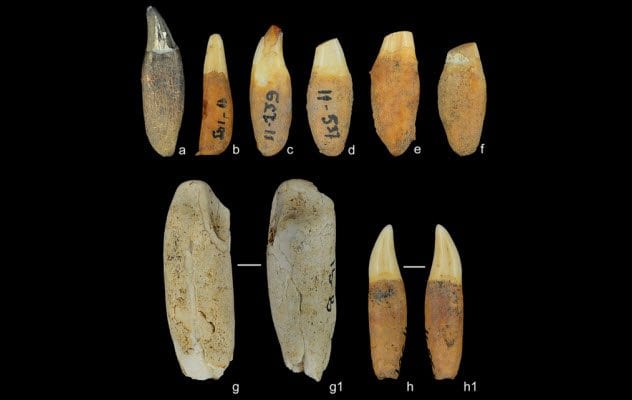 The term for an old dumpsite of domestic waste is “midden.” After studying a 6,000-year-old midden on Pedro Gonzalez Island off the coast of Panama, archaeologists discovered that the island’s first inhabitants were dolphin eaters. This discovery marks a first for a Central American civilization, although similar practices have been encountered in Japan and Mexico.

Although 8 percent of the mammal waste found in the midden was from dolphins, archaeologists are still trying to determine if the islanders were hunters or simply scavengers who targeted beached animals. So far, archaeologists have been unable to find any spears or nets, although one dolphin skull had a puncture wound from a blunt object.

Archaeologist Richard Cooke speculated that the islanders could have taken advantage of the U-shaped entrance to the Gulf of Panama and “herded” dolphins onto the beach using canoes. 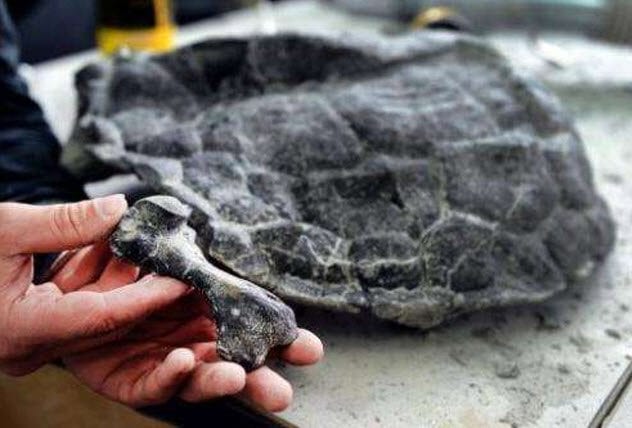 Poking around a landfill near the Polish town of Poreba, paleobiologist Tomasz Sulej stumbled upon the oldest turtle fossil in the world. The 215-million-year-old shell is not only noteworthy for its age but also for the excellent condition in which it was found.

The region containing the dumpsite has been called the Polish Jurassic Highland thanks to its impressive number of fossils from that time period. Scientists have recovered hundreds of fossils there belonging to dinosaurs, fish, and turtles, including two completely new species of dinosaur and turtle, respectively.

Scientists are hopeful that these new turtle finds will help us piece together the still-elusive origins of this ancient reptile. The fossils included intact shells along with pieces of vertebrae and limbs. The next goal for Sulej is to find a skull. Artificial islands are a common sight nowadays, particularly in Dubai and China. However, the Calusa tribe was doing something similar in Florida hundreds of years ago.

The Calusa were known to be avid shell collectors. Over time, their favorite pastime led to giant middens made of countless discarded shells. While studying Mound Key, one such midden comprised of hundreds of millions of shells, anthropologists made an interesting discovery—the Calusa were purposely moving shell middens together to create an artificial island in Estero Bay.

While performing radiocarbon dating tests on the midden’s core, scientists found that the composition wasn’t getting older as they went deeper, as would be normal in a midden. Instead, they found older material on top of newer waste which led them to conclude that the Calusa deposited older middens on top of the mound to alter the landscape. 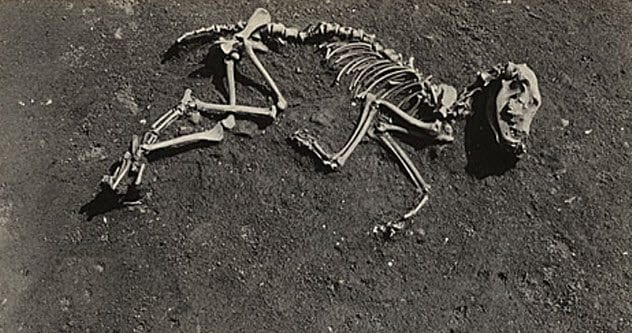 The Indian Knoll in Kentucky is one of the largest shell middens in the United States. Since its discovery in 1915, archaeologists have recovered over 50,000 artifacts including weapons, tools, bannerstones, jewelry, animal bones, and over 1,200 people who were buried at the site.

Most of the artifacts come from the Late Archaic period between 3000 BC and 1000 BC. This region in the Ohio Valley has always been bountiful, so many settlers and nomads came through the area, leading to the eventual formation of the midden over thousands of years.

The most interesting aspect of Indian Knoll is the presence of dog burials. So far, 23 prehistoric dogs were recovered from the midden, showing that humans and dogs enjoyed a unique partnership even 5,000 years ago. Some of the dogs were buried alone, while others were buried alongside their masters. 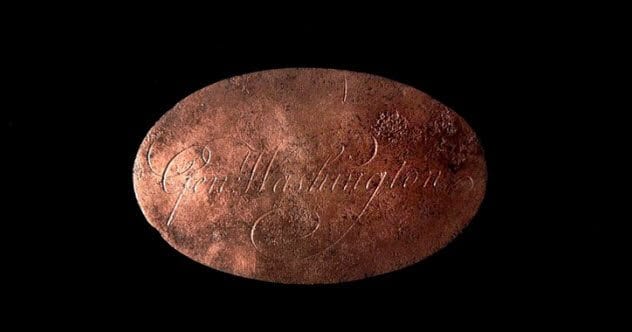 Mount Vernon, George Washington’s plantation house in Virginia, remains one of the most notable historic landmarks of early America. One of the biggest troves of information regarding the first president of the United States turned out to be a trash pile in the yard next to the house.

Known as the South Grove Midden, this garbage dump was a creation of convenience. A depression in the yard was close enough to the mansion and the kitchen that it became the most accessible spot to throw away household-related refuse.

Most of the dated items recovered from the midden were dumped there between 1735 and 1765. This was when Washington’s father, Augustine, was in charge of the household, then his half-brother Lawrence, and finally, George himself.

Archaeologists have recovered hundreds of items belonging to George Washington and his family that were typical of an 18th-century wealthy family (and their slaves): broken tableware, food scraps, cups, pipes, bottles, decorations, clothing accessories, chamber pots, and coins. 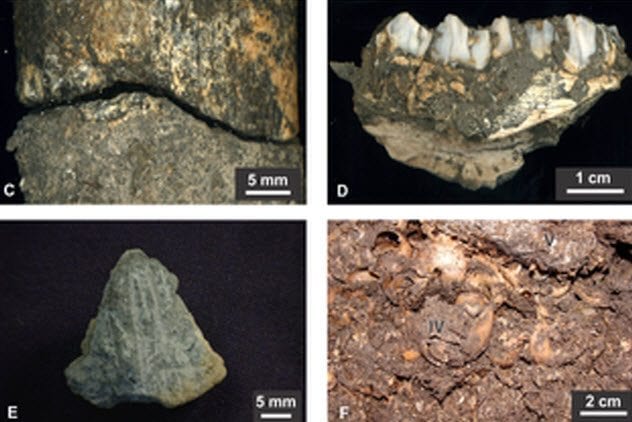 Several recently discovered middens in the Bolivian savanna called Llanos de Moxos have provided signs for the existence of the earliest known humans in the western Amazon, dating all the way back to the early Holocene Epoch. Hunter-gatherers settled in the region 10,000 years ago and left behind middens containing bone tools, bits of pottery, burnt earth fragments, and pieces of human skulls.

Seasonal floods kept the middens hidden until now as they were constantly reburied under alluvial sediments. This has led scientists to speculate that there are likely more middens and other preserved hunter-gatherer sites in the area yet to be discovered.

So far, the earliest signs of human activity in the area belonged to the pre-Columbian “Earthmovers” of the late Holocene, but these new discoveries have pushed back the date by thousands of years.

New Zealand was once home to a newly discovered species of sea lion. According to researchers at the University of Otago, it disappeared in a rare extinction-replacement event in which it was replaced with the modern-day New Zealand sea lion.

This challenges previously held beliefs that the current sea lion is merely a remnant from a once-thriving population. New evidence suggests that the now-extinct sea lion dominated the southwestern Pacific region and prevented the other species from expanding from the subantarctic region. This all changed 500–700 years ago when the first Polynesians began settling in the region and started hunting the sea lion to extinction.

Researchers based their findings on sea lion remains found in several middens which suggested that the animal was an important resource for early settlers. A thousand years ago, Pueblo Bonito was one of the largest pueblos in North America. Due to its size, it also created massive trash heaps which turned out to be a huge boon for modern-day archaeologists. So far, excavations of the middens near Pueblo Bonito have yielded over 200,000 artifacts. The most intriguing were clay jars which looked unlike any other Pueblo pottery and have divided experts over their manufacture and purpose.

Since cacao trees were almost 2,000 kilometers (1,200 mi) away, the chocolate was evidence of an extensive trading network that also helped to bring maize, corn, and beans to Southwest America. Given the rarity of the ingredients, experts believe that the jars were only used by the elite or during important rituals. Researchers hope the answer still awaits them hidden in the midden.

2 Wine Of The Negev 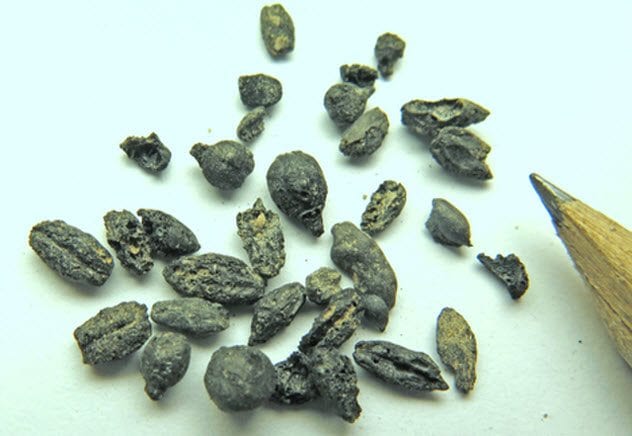 Around 1,400 years ago, the Negev region in modern-day Israel was renowned for its wine, which was noted in historical documents as the finest wine in the Byzantine Empire. Sadly, the ancient vine was lost centuries ago and all modern Negev wine comes from European varieties. Fortunately for oenophiles everywhere, researchers at the University of Haifa recently discovered discarded charred grape seeds in middens near the ancient city of Halutza.

By examining other items found in the trash piles like coins and pottery, archaeologists were able to date the grape seeds to the sixth and seventh centuries AD, a time when the city was thriving and Negev wine was the talk of the world. Researchers remain hopeful that the seeds were native to the region and can be used to reproduce the taste and bring back the true wine of the Negev. 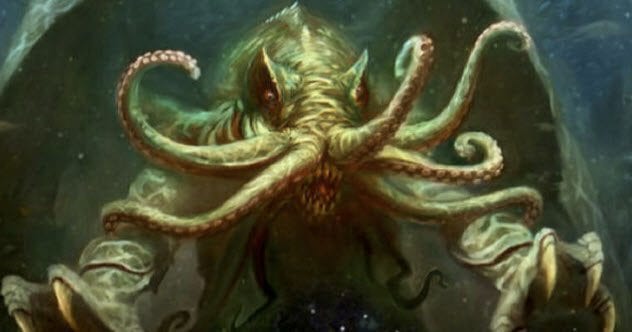 One of the most puzzling middens ever found comes from Nevada and is 228 million years old. It consists mostly of ichthyosaur fossils belonging to at least nine specimens arranged in an unnatural manner. Paleontologist Mark McMenamin offers an explanation for the source of the prehistoric midden—a giant kraken.

According to his hypothesis, the squid-like creatures were around 30 meters (98 ft) long so that they could prey on the ichthyosaurs, which could reach around half that size. McMenamin rejects previous attempts at explaining the midden as a natural phenomenon. He argues that different levels of exposure to seawater suggest that the animals didn’t die all at once.

McMenamin attributes the odd arrangement of bones to the kraken’s propensity for picking up items and rearranging its environment, a trait shared by modern cephalopods. Suffice it to say that others disagree with McMenamin’s hypothesis, and the ichthyosaur midden remains a mystery.