Trailer parks have seen more than their fair share of mass murder, mutilations, and mayhem. These road-ready residences are rootless, and their inhabitants are vulnerable. An investigation into mobile home massacres reveals our own prejudices and provides insight into the dangers of life on the fringe. 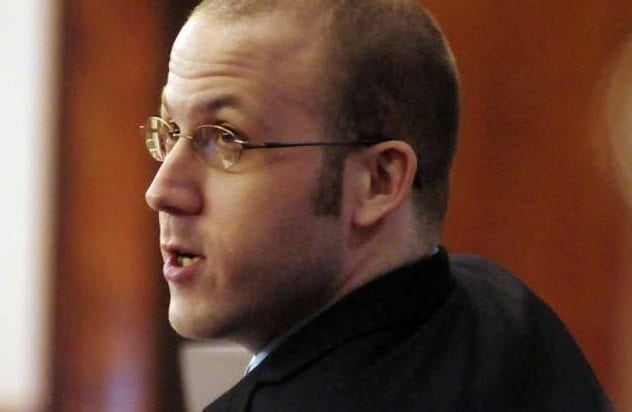 In 2013, a Georgia jury convicted Guy Heinze Jr., 26, of beating eight people to death in a cramped mobile home. The conflict allegedly began over prescription pills. The victims included Heinz’s father, cousin, along with his father’s four children. A half sister and her boyfriend were also slain. Their three-year-old child suffered head trauma but survived. To avoid a hung jury, the prosecution settled for life in prison rather than the death penalty.

According to prosecutors, on August 29, 2009, Heinz had been smoking crack cocaine before the violence began. The victims died from 220 shattering blows to their heads and necks. Investigators believe a shotgun barrel was used, but the murder weapon was never recovered. The attack happened in the middle of the night, and most of the victims were found in bed. Some are skeptical that one man could be capable of inflicting such carnage. 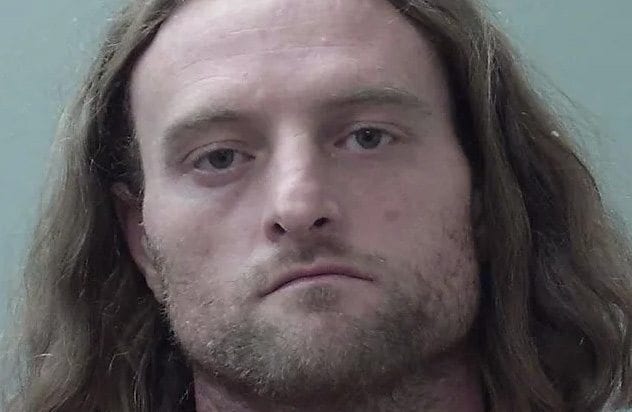 This June, Alabama authorities charged Jason Loveday, 32, with a grisly double murder at a Madison county mobile home. Loveday allegedly decapitated his aunt, Sharon Morrell, 50, and beat Christopher Reyer, 31, with a pipe before slitting the man’s throat. Loveday, covered in blood, approached a man outside a hair salon on Route 53. Loveday indicated he was involved in a murder and asked for the stranger to call 911.

Loveday was taken into custody and confessed. He indicated that he could no longer tolerate the way his roommate, Reyer, treated his aunt. After killing Reyer, Loveday turned on Morrell because “she had seen too much.” Loveday positioned her decapitated head next to Reyer’s corpse. According to investigators, a teen driving a four-wheeler near the mobile home murder scene saw a man running through the woods. The individual was covered in blood, beating his chest, and screaming, “I’m a warrior!” 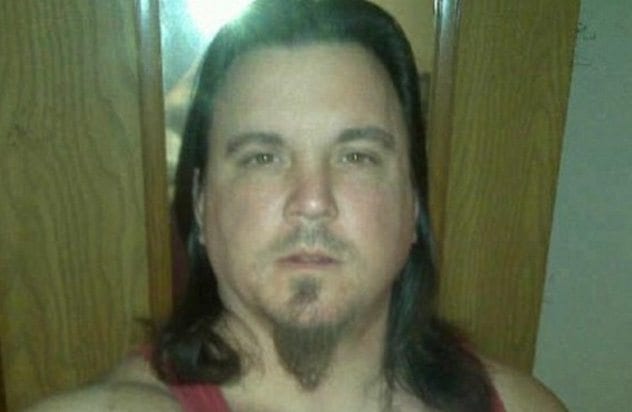 In 2011, Indiana police arrested Michael Plumadore, 39, for murdering a young girl he was babysitting at Northway Mobile Home Park. Plumadore admitted to using a brick to bash in the skull of Aliahna Lemmon, nine, as she stood on her front porch. He shoved her corpse in a trash bag and stored it in a freezer. Later that night, Plumadore used a hacksaw to dismember Lemmon. He bagged the oddments and disposed of them in a local dumpster. Plumadore kept her head, hands, and feet in his freezer.

Plumadore had lived with and taken care of Aliahna’s grandfather, James Lemmon, 66, until his death in 2011. James Lemmon had an extensive criminal record with a 2006 conviction for child molestation. A state tracking website indicates that there are 15 registered sex offenders in Northway Mobile Home Park’s two dozen units. Plumadore was not one of the monsters on the list. 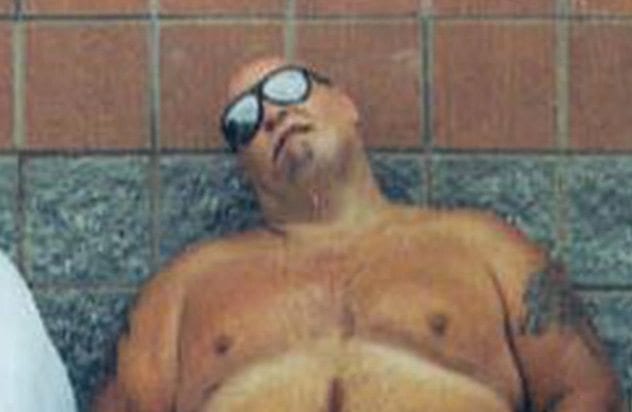 In 1995, Joe “The Cannibal” Metheny lured two prostitutes to his Baltimore trailer, where he strangled and stabbed them. He then dismembered the corpses and stored the flesh in Tupperware for later consumption. Metheny claims he opened an open-pit barbeque stand and sold pork sandwiches mixed with human flesh.

In 1996, Metheny lured another prostitute, Rita Kemper, to his trailer. He started to beat and strip her. However, Kemper escaped by climbing pallets over a razor-crowned fence. At a nearby gas station, she called for help. Authorities discovered the remains of Kimberly Spicer, 23, under a neighboring trailer. Metheny confessed to killing five people the year before in a seven-hour murder spree. Metheny was ultimately charged with three murders and sentenced to life. Remorseless, he went so far as to claim he dug up one of his victim’s maggot-covered skulls and had sex with it. 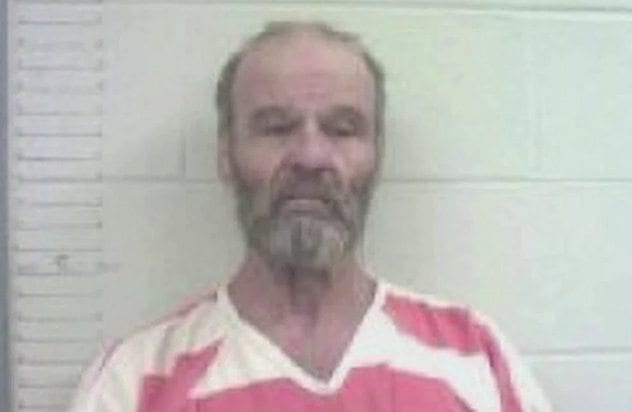 In 2014, the remains of Mandy Black, 35, were found decomposing in several locations around Goodwill Chapel Trailer Park outside Sedalia, Missouri. The landlord was cleaning out a trailer rented by Joseph Arbeiter, 65, after he had been arrested for the attempted rape of a park resident. She detected a foul odor and alerted authorities. They recovered festering body parts from the mobile home and surrounding woods. A forensic anthropologist was needed to investigate the badly decomposed remains.

Arbeiter admitted to killing Black five months previously. The autopsy revealed she died from multiple stab wounds. Arbeiter allegedly stored her remains in metal container. However, considerably after her death, he recovered the remains and dismembered the corpse. In 1966, Arbeiter was charged with the stabbing murder of a woman, but the case fell apart. Arbeiter was convicted of Black’s murder and sentenced to life without parole. He died in 2015. 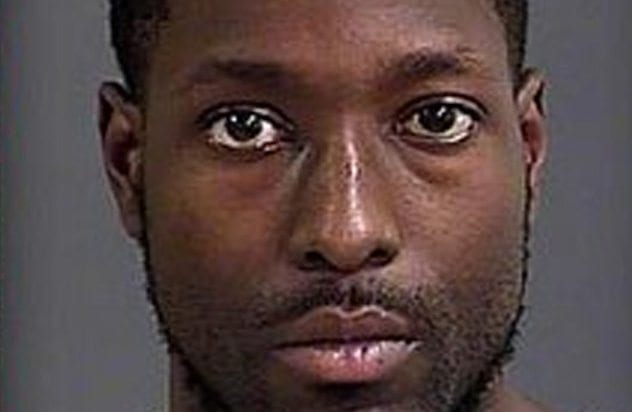 Earlier this year, two women and a child were slain in a shooting at South Carolina’s Ravenel Mobile Home Park. The victims were Alexis Mungin, 29, and Betsy Mungin, 55, along with eight-year-old Armani Mungin. To make matters worse, Alexis was pregnant with twins at the time of her murder. The unborn children were viable at the time of her death, raising the body count to five.

Deputies apprehended Kenneth Ancrum, 23, as he fled the trailer park with Quinwanna Mungin, who he shot in the leg. Quinwanna survived. The three victims in the mobile home were not so lucky. A four-month baby was found unharmed in the residence. Authorities believe a domestic dispute led to the violence. Quiwanna was four months pregnant with Ancrum’s child, when she discovered he was sleeping with another woman. Ancrum was charged with three counts of murder and one count of attempted murder. 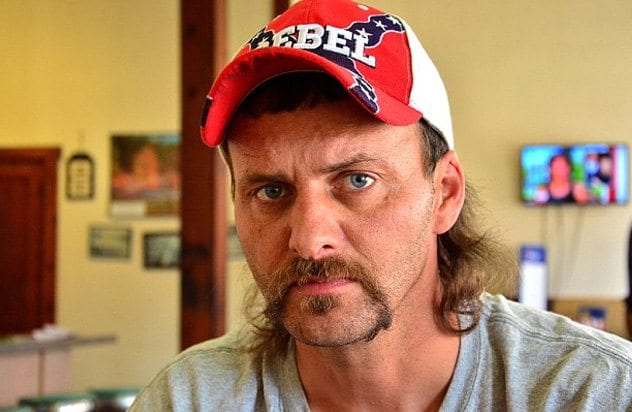 On April 22, 2016, eight members of Ohio’s Rhoden family were murdered execution-style. Ranging in age from 16 to 44, the victims were found in four separate mobile homes. A marijuana grow operation near the murder scene lead some to believe that a Mexican Cartel was involved. Authorities insist the murderers are locals.

Kenneth Rhoden, 44, was shot in a trailer on East Fork Road. Christopher Rhoden Sr., 40, and Gary Rhoden, 38, were found dead in a trailer they shared on Union Road. Clarence “Frankie” Rhoden, 20, and his fiancee, Hanna Gilley, 19, were murdered next to their two infant children, who were spared. Dana Rhoden, 37, and her two children, Hanna, 19, and Christoper Jr., 16, died in a trailer together. Hannah’s five-day-old daughter was found alive. Authorities were able to move three of the mobile murder scenes 22 miles to a command center for further study. 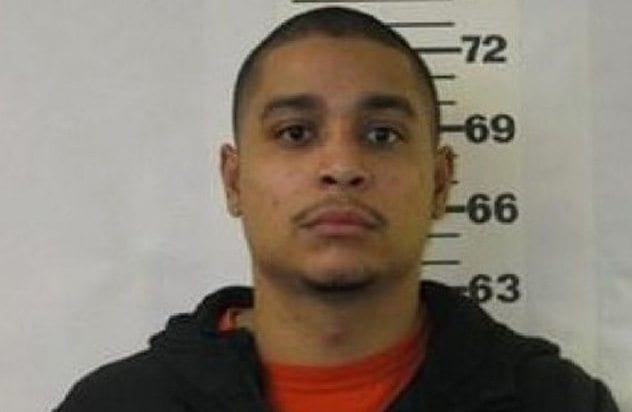 In June, police responded to an early morning emergency call from a confused man claiming three of his friends were dead. Authorities tracked the caller’s phone GPS to a mobile home east of Lacey, Washington. Upon arriving, authorities discovered half a pound of meth, heroin, cash, and guns, along with the bodies of two men and a woman. The man who called in the report was found alive in the driveway with a gunshot to the abdomen.

Neighbors reported hearing three gunshots around 9:00 PM the night before. The victims were Gerald Berkey, 36, Jackson Edens, 28, and Terron McGrath, 31. Berkey received multiple gunshot wounds, including one to the head. Edens died from a single shot to the head. A shot to the back of the neck killed McGrath. Authorities arrested and charged Dugan Lawton, 24, with the murders. He has an extensive criminal history with five felony convictions. 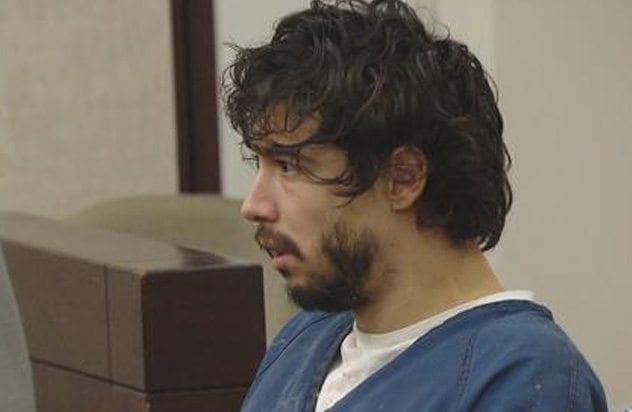 In 2015, California authorities arrested Raymond Chatterfield, 29, for a double homicide at Otay Mesa Mobile Home Park in Rancho Chula Vista. They allege Rayomnd brutally stabbed his grandmother, Dona Chatterfield, 78, and uncle, Kenneth Chatterfield, 54. Raymond was arrested at a Jack in the Box fast food restaurant a half-mile from the murder scene. After reviewing a doctor’s report, the presiding Judge Steve Stone ruled the Chatterfield was not mentally competent to stand trial. As a result, he was sent to Patton State Hospital until his competency can be restored.

Chatterfield’s motives remain a mystery. However, allegations circulated of his elder abuse of Donna. His grandmother took out a restraining order on him. Many who knew Chatterfield claimed he was a “narcotics” user. Police were well acquainted with the murder scene, having been called to the location several times in the past—always for Raymond Chatterfield’s erratic behavior. 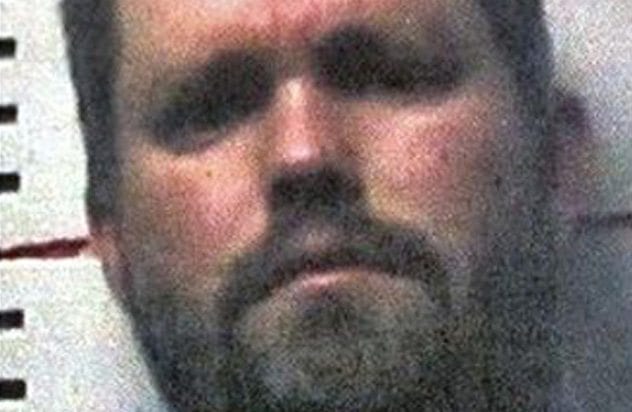 In January, Texas authorities indicted William Hudson, 33, for the murder of six people at an Anderson County campsite. According to survivor Cynthia Johnson, Hudson initially approached on a tractor offering help to get their vehicle out of mud. After drinks, Hudson went on a rampage. He and a few family members left for a hike. Gunshots were heard. Hudson was the only one to return from the hike. He chased Carl and Hannah Johnson to their RV, where he shot them. Cynthia Johnson remained hidden through the carnage.

Authorities arrested Hudson the following day. A search of the area revealed blood on Hudson’s tractor. Upon approaching the house, police saw blood on Hudson’s clothing. They coaxed Hudson out. Investigators discovered the bodies of three men and a boy in a pond behind Hudson’s house. They bodies belonged to Austin and Nathan Kamp and Hannah Johnson’s six-year-old son Kade.