The movie likely hasn’t been made that doesn’t require suspension of disbelief on at least some level; even the most tightly plotted of Hollywood thrillers contain dozens of plot holes. But in these real-life instances that seem to strain against the boundaries of plausibility, there is no caffeine-addled screenwriter to blame. 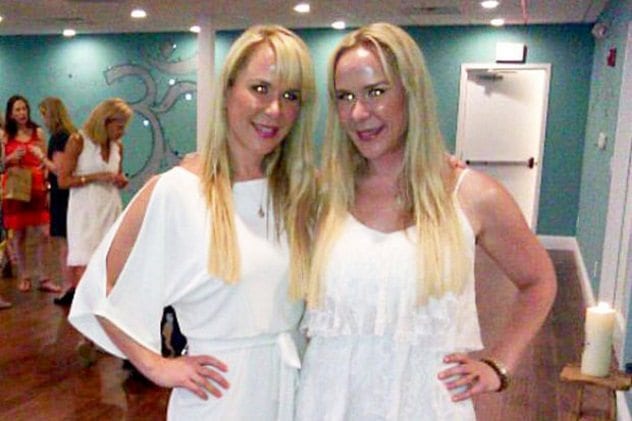 Twin sisters Alexandria and Anastasia Duval were attractive, blonde yoga instructors living in Hawaii. If that sounds like the setup for a sitcom, it spiraled quickly into a crime-of-the-week when the sisters were involved in a bizarre car accident. After being seen arguing in their SUV, the vehicle made a sharp left turn and plunged over a 60-meter (200 ft) cliff, leaving Anastasia dead, while her sister clung to life.

Strange details began to emerge about the pair: Their real names are Alison and Ann Dadow, and they had previously operated yoga studios in several states. These studios were all closed without notice, leaving rent unpaid and memberships non-refunded.

Alexandria recovered and was eventually charged with her sister’s murder despite initially being let go for lack of evidence. She is currently set to go to trial, but if you miss the outcome in the news, just wait for the inevitable Lifetime movie. 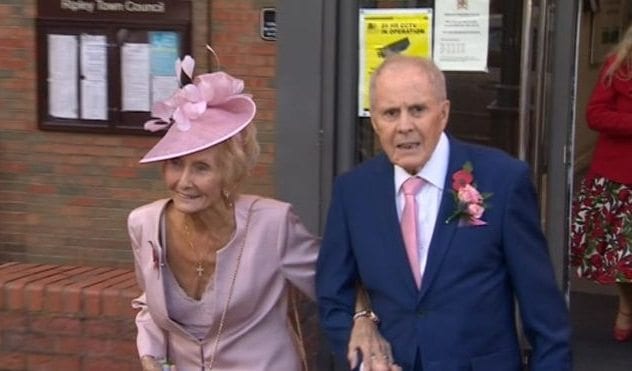 Derbyshire, UK, couple Helen Andre and Davy Moakes were engaged to be married in 1951 before being forced apart by their parents. Davy and Helen were heartbroken but went on to lead happy and fulfilling lives. However, they would eventually get their Hollywood ending—when they were reunited 65 years later, in 2016.

Ms. Andre decided to track Davy down with the help of her daughter after becoming widowed for the third time. Davy, having outlived two wives of his own, was overjoyed, and the couple were married within months. Davy’s only regret is that Helen, now medically blind, would have benefited from his care had they married earlier. As for Helen, she is just thankful that the stars finally aligned, saying, “I’ve loved him all my life.” 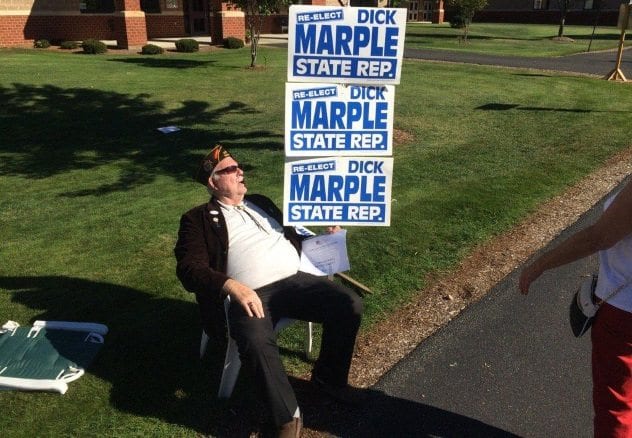 Four-time New Hampshire State House representative Dick Marple had long been a bit of a character, championing legislation to remove fluoride from the state’s water and proposing treason charges for elected officials who fail to enforce land rights granted before the state even officially existed. Up for a fifth term, Dick was hanging around outside the polling place on election day when he was recognized by a passing police officer—not as a candidate, but as a guy with an arrest warrant for driving without a license.

Mr. Marple turned himself in and was forced to await the results of the election in the county jail. He was released later that day on a $4,000 bond, after being handily reelected to his seat. 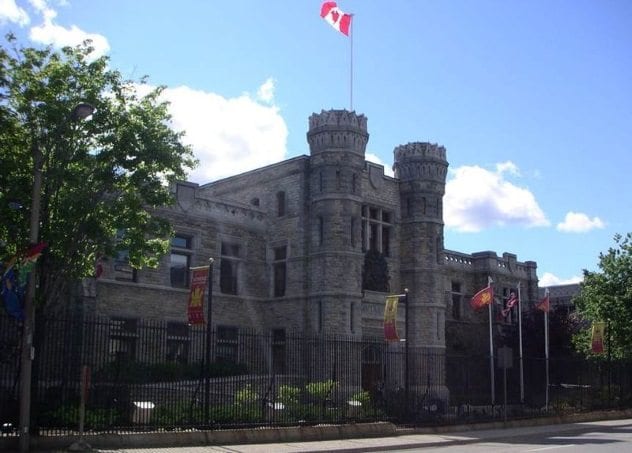 Royal Canadian Mint employee Leston Lawrence appears to have had a good scam going. Mint officials say he was stealing pucks of gold while on the job and stashing them for awhile in a safe deposit box before passing them off to a buyer. What nobody can prove—since employees are subject to constant monitoring and must pass through metal detectors—is how exactly this was accomplished. Officials contend that there is only one possibility: Lawrence somehow managed to elude cameras while slipping the hunks of gold up his rectum.

They say this is possible due to outdated cameras and detectors (which have since been upgraded) and familiarity with the employees on the part of security staff. Defense lawyer Gary Barnes quickly invoked the “prove it” defense, claiming that it can’t even be proven that the gold in question came from the Mint. Unlikely though it may be, the Mint asserts that one of their security officers tested the alleged method used to smuggle the gold out—and deemed it plausible. 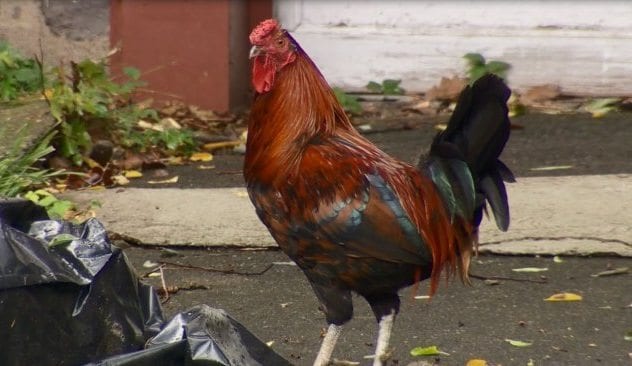 Pittsburgh resident Henry Gaston doesn’t own a rooster, but the fact that roosters aren’t allowed within the city limits weighs heavily on his mind, for a rooster owns him. Area residents have named him “Chicky,” and the bird insists on making Henry’s heavily grown-over property its home and broadcasting its shrill alarm every morning at the crack of dawn.

At a recent hearing, a judge gave Henry 30 days to catch the plucky bird—a tall order, since animal control professionals have tried several times and failed. Residents came forward to air their grievances with the rooster: One neighbor described to the judge how she came home to find Chicky playing with her kittens, to which the judge simply replied: “I’d like to see a rooster playing with kittens.”

Henry agreed to clean up his property but remained skeptical that he would be able to put an end to Chicky’s free reign of the neighborhood, and his neighbors agreed. One said, “You won’t catch him. That bird is smarter than all of us.” 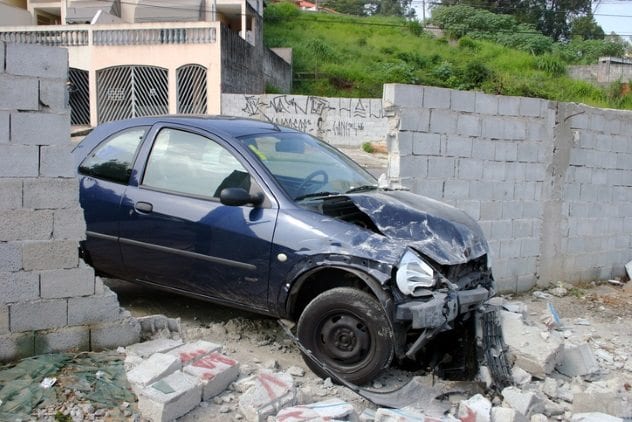 Michael Orchard, age 43, knew he had to act quickly. His neighbor’s house was a full roaring blaze, and no firefighters were in sight. To compound the problem, he knew the neighbors’ dog was trapped inside. With a daring lack of self-regard, he drove his car straight through the backyard fence, smashed the sliding glass door, and rescued the grateful pooch. When authorities finally arrived, he was standing by the side of the road, still holding the unharmed canine.

For his heroic actions, Michael was promptly arrested and taken to jail, because there was no fire. Michael was completely out of his mind on LSD, had hallucinated the whole thing, and had committed multiple felonies in the course of his ill-advised rescue attempt. Officers conceded that his heart was in the right place but couldn’t resist the obvious quip: “At least he’s not a cat burglar.” 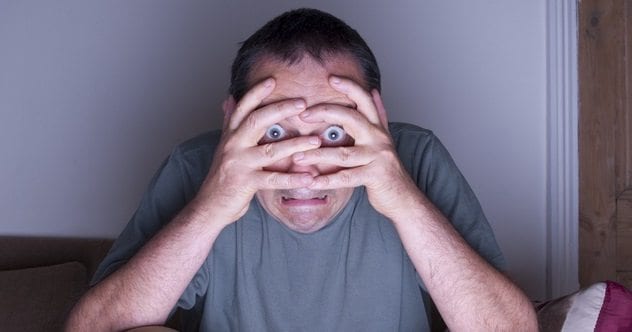 A 54 year-old Omaha, Nebraska, man named Mike got a surprise while bringing in the groceries: a baggie of brownies, which he figured must have been left by his stepmother. Their deliciousness was his first clue something was amiss: “Nobody likes my stepmom’s brownies,” he would later say. His second clue was when the world begin to fracture into spiraling geometric shapes which swooped about his head, and he began to see demons.

Fortunately, Mike’s memories of college brought him to the realization that he wasn’t going crazy; he was just “really, really high.” His wife coaxed the truth about the brownies from their adult children. Responding officers could only chuckle as he crawled about military-style on the kitchen floor, swearing uncontrollably and chastising the family cat for judging him.

Mike was allowed to simply sleep it off and now finds the whole thing rather funny. He insists that he was simply trying to warn paramedics that the cat wasn’t very friendly and doesn’t remember “calling their cat a b—h.” 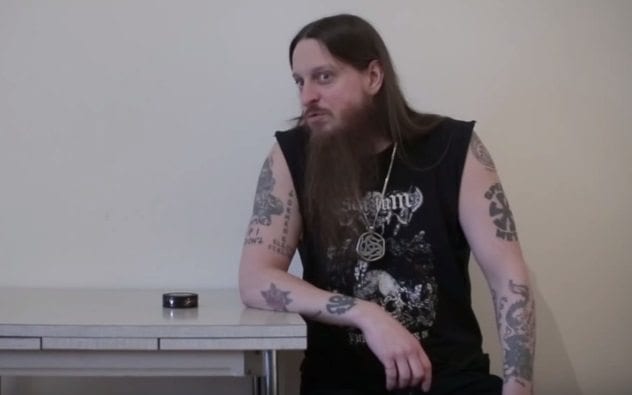 Kolbotn, Norway, resident Glyve Nagell claims that a misunderstanding resulted in his being elected as a representative for his town council. Being a bit of a public figure, officials had asked him to be on a list of backup representatives. “I said yeah, thinking I would be like 18th on the list and I wouldn’t really have to do anything,” he explains. But he ended up in the general election and won, finding himself somewhat involuntarily thrust into the role, leaving Kolbotn represented by by the tattooed front man for black metal band Darkthrone.

Technically, he must only back up the other elected officials for a minimum of four years, but he obviously intended his candidacy as a lark. “My campaign was a picture of me holding my cat saying, ‘Please don’t vote for me,’ ” he says, “But people just went nuts.” Nagell’s band just released their 17th studio album and plan to tour behind it until such time as his civic duties interfere. 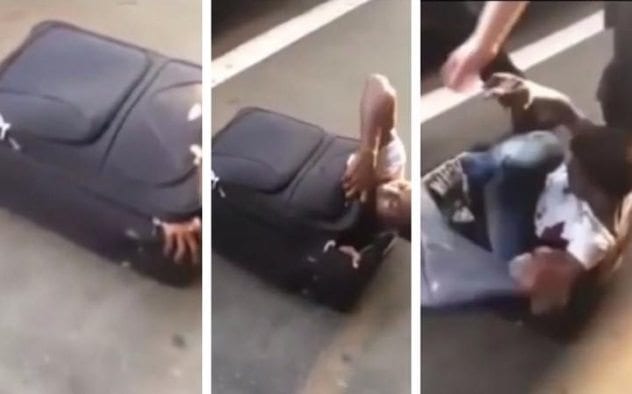 Swiss border guards were performing a routine document check at the Italian border when a passenger’s suitcase drew suspicion. It was abnormally large and heavy, and its weight didn’t appear to be distributed evenly when they attempted to lift it. While transporting it from the train to the platform, they grew suspicious that it may contain a specific type of contraband—and their suspicions were quickly confirmed when a 183-centimeter (6′) man extracted himself from the bag while amazed onlookers shot video.

Obviously, the man was traveling without legal documents, and he was turned back to Italy, along with his friend and their surprisingly roomy suitcase. While thousands of migrants attempt illegal crossings each year, no others have done so in such a theatrical fashion. Videos of his dramatic extraction quickly went viral. 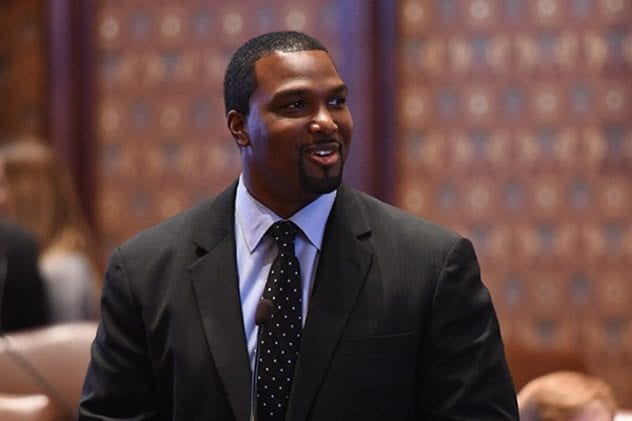 In the summer of 2016, four petty criminals hatched a plan to lure a pizza delivery driver to an abandoned house and rob him. Unfortunately for them, the owner of the pizza chain was helping out that night and showed up ready to deliver. Even more unfortunately, the pizza man also happened to be a state senator. Amazingly, their bad luck didn’t end there.

Senator Napoleon Harris had previously enjoyed a distinguished career as a linebacker for the Oakland Raiders and Kansas City Chiefs. The 191-centimeter (6’3″), 113-kilogram (250 lb) former footballer made short work of all four would-be thieves, who fled in a truck with Senator Harris giving chase.

The attackers abandoned the truck, but investigators found blood in its bed belonging to a man who had been reported missing. Using this evidence and Harris’s description, police arrested three men, eventually charging them with murder, all thanks to Napoleon Harris, who should be eyeing a fourth career as a superhero.