Many people believe that houses can absorb the energy of previous occupants. Even if some aren’t willing to openly admit to this superstitious belief, they’re still eager to see the demolition of a house where bad things have occurred. This was true in the distant past as well as in the present day. Certain homes and certain buildings must be erased to prevent more evil from happening. 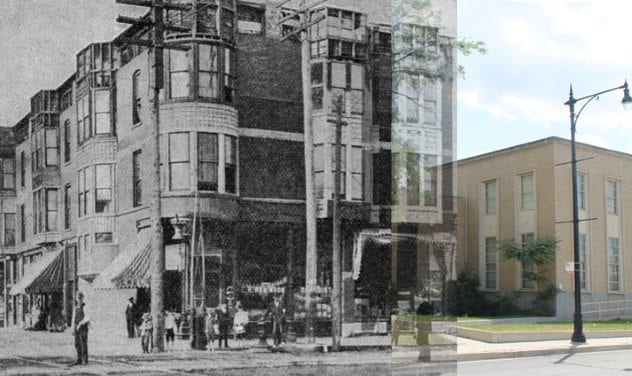 H.H. Holmes is known in history as Chicago’s first serial killer. This man (or monster) is believed to have killed anywhere from 20 to over 100 people, mostly women, in his so-called “murder castle.” His victims were sometimes beaten to death, strangled, or possibly even gassed. Their bodies were thrown into the cellar pit, where quicklime and acid made quick work of their flesh, reducing them to mere bones. Holmes would sometimes sell the skeletons for a quick profit. Other bodies were burned in the basement’s kiln.

Holmes was convicted of murder and insurance fraud and was executed on May 7, 1896. Before his execution, his murder castle caught on fire, but it didn’t burn to the ground. Only the top two floors needed to be redone, and the ugly, industrial-style building remained in place until the late 1930s. At that time, the building was torn down, and a post office was built on the plot. All that remains of the castle is an underground escape tunnel that leads away from where it originally stood and exits at an escape hatch. 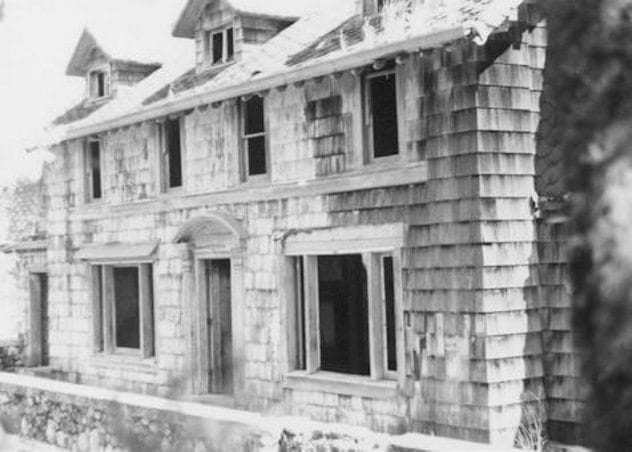 Photo credit: Todd Roll via Ghosts of the Prairie

Summerwind was built in 1916 along the West Bay Lake in Wisconsin. It was a lovely summer home where Robert P. Lamont and his family went to escape the stressful life of living and working in Washington, DC. According to legend, Mr. Lamont once thought there was an intruder in the house and fired his gun at a ghost. After Lamont’s death, the house was sold multiple times.

In the 1970s, a family with six children bought the house. They lived in it for only six months and claimed that the house was severely haunted. The parents and their children immediately began seeing figures inside their home. Voices were heard where no one was seen, and windows and doors would open and shut on their own. Eventually, the husband had a complete mental breakdown, and his wife attempted suicide. They left the home and were soon divorced.

In 1986, the house was bought by investors who wanted to turn the place into a business, but lightning struck the home and burned it to the ground. No solid evidence was ever provided that the house was truly haunted or was the site of any murders, as claimed by the previous occupants. 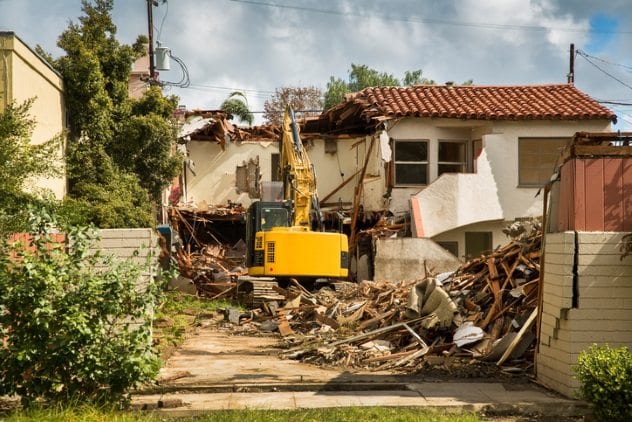 In 2005, Ian Huntley was sentenced to 40 years in prison for the 2002 murders of Holly Wells and Jessica Chapman in Soham, Cambridgeshire. He lured the ten-year-old girls to his home, sexually abused them, and murdered them. Between the time of the heinous murders and the sentencing, the house where the crimes were committed was destroyed. Huntley had worked as a caretaker at the Soham Village College, and the home came with his position.

After the murders were discovered, the house was screened off from public view until spring 2004, when a digger destroyed the home. Policemen watched in silence as photographers and the press were allowed to watch the destruction of the house. To prevent anyone from collecting items from the rubble, everything was crushed into dust and removed from the site. 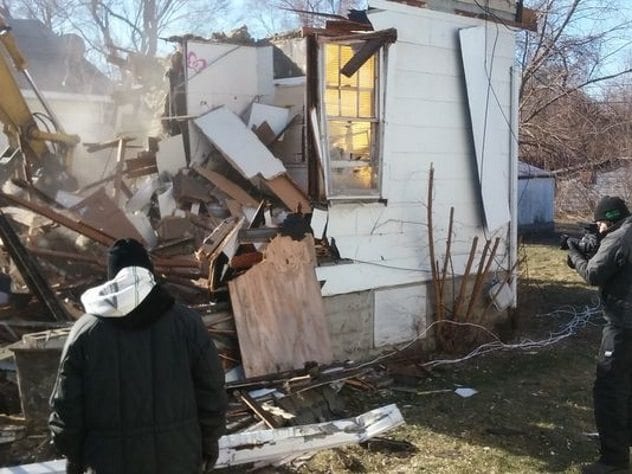 There were no murderers associated with the “demon house” located in Gary, Indiana, but that didn’t stop the house from being evil. According to former residents, it was a hotbed of demonic activity, which led to possession and bodily harm of the people who lived there. The house was so evil that Ghost Adventures investigator Zak Bagans bought it from the owner in 2014 and began to work on a documentary about the place, claiming that he had never entered a house as evil as this one.

Not only did Zak make wild claims about the place, but members of law enforcement have also said that there was something evil within the house. Zak had the house destroyed in early 2016. 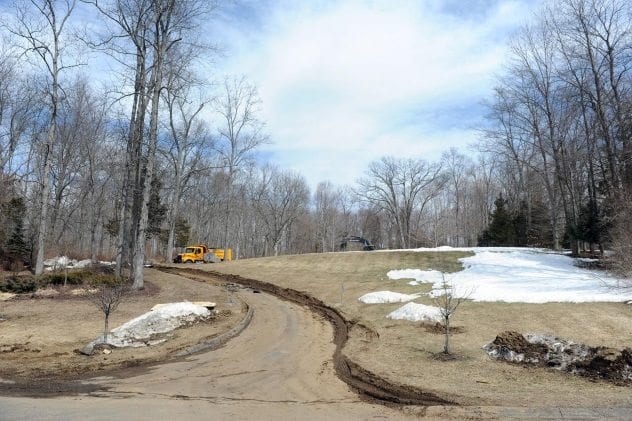 Mass murderer Adam Lanza shocked Connecticut when he shot and killed his mother inside their home and then left to murder another 20 children and six adults inside the Sandy Hook Elementary school on December 14, 2012. The bank took over the home and turned it over to Newtown shortly thereafter. His mother’s home stood as an awful reminder of the horrors of that day until spring 2015.

Residents were rightfully upset at having to drive by the home, and the town decided to remove it. During the demolition, everything was removed from the home and burned to prevent people from collecting and selling the grisly souvenirs. The walls and foundation were crushed, and the lot was left as open space. 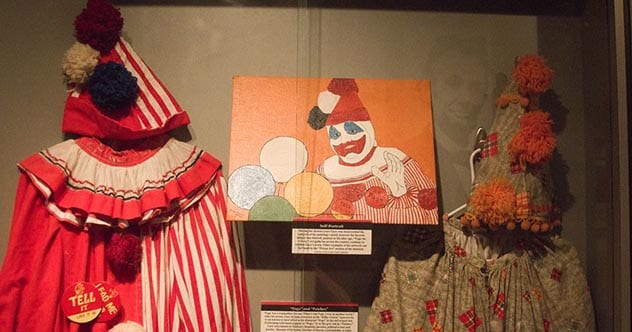 The house of John Wayne Gacy, the killer clown who brutally murdered 33 boys and young men inside his home, was torn apart during the search for bodies in the spring of 1979. The ugly lot and awful reminder sat empty until 1988, when the ground was broken to make way for a new home.

While some felt that the space was haunted, other neighbors were relieved. Instead of having an ugly, vacant lot where the killer had lived, the new home would make the neighborhood feel normal again. 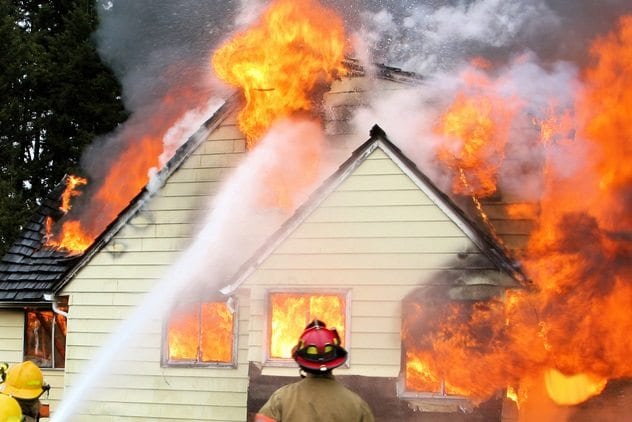 Sometimes, the memory of what happened inside a home is so awful that the only way to get rid of it is to burn the house to the ground. Robin Bain and his wife, Margaret, were found shot inside their home in Dunedin, New Zealand, in 1994. Three of their four children were also shot and killed, leaving the remaining family members and the community devastated. It didn’t take long for the surviving son, David Bain, age 22, to come under suspicion for the murders.

Controversy continues over whether or not David murdered his family, but the house where the murders occurred did receive the death penalty. Less than a month after the murders, firefighters burned the house down. 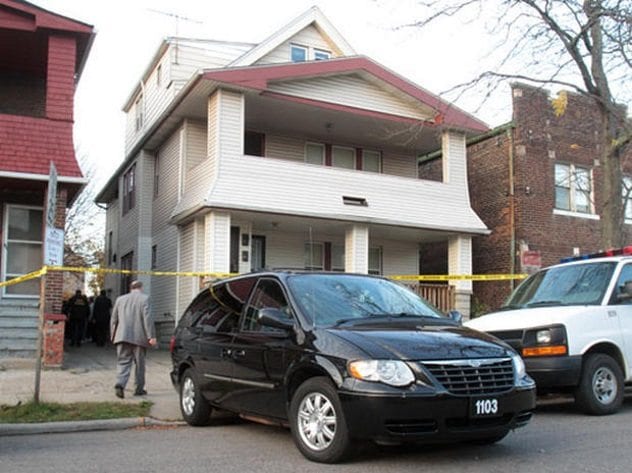 Anthony Sowell was a registered sex offender and had to make regular check-ins with local law enforcement. There were also visits to his home, but the police had no right to enter his place until one of his victims told them that Sowell had raped her inside the house. Armed with warrants, the Cleveland police entered the house of horrors in 2009 and discovered the rotting bodies of his other, less fortunate victims. Neighbors told police that they had reported a bad smell coming from the house in the past, but it was assumed that the smell might be from natural gas and not from anything sinister.

A total of 11 bodies were found on the property. Sowell was sentenced to death for his crimes, and in 2011, the city of Cleveland tore down his house. 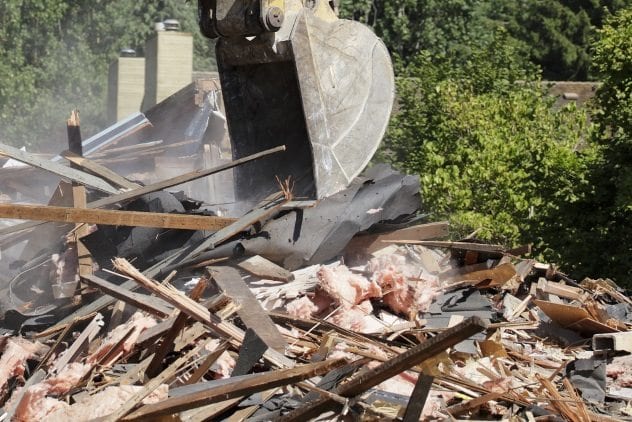 There have been many times throughout history where the people of a community have decided that it is time to get rid of an evil house. That happened in Christchurch, New Zealand, in 2010. Four arson attempts had already been made against the “murder house” where Jason Somerville murdered two women and hid their bodies.

The community was understandably upset and angered over the horrendous events and knew that the house had to go. It was demolished, with plans to turn the lot into a public space. 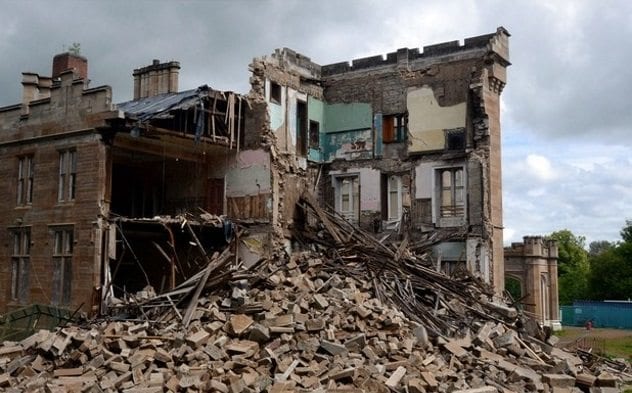 Some people believe that there is nothing scarier than a deserted mental hospital, and it’s quite possible that they’re right. Take, for instance, Birkwood Castle, located in Lesmahagow, Lanarkshire, Scotland. Believed to have been the most haunted spot in the UK, Birkwood Castle was said to have still housed the patients who died within the hospital.

The castle and other structures were bought in order to turn the old buildings on the plot into a luxury hotel and luxury housing. According to believers, the ghosts who haunted the site became so upset that they made the walls crumble in 2015. Nearby neighbors heard the loud explosion of the crash, and plans have since been delayed.