Some call them conspiracy theories. Loony or not, many hypotheses about history contain more than just a glimmer of truth. From secret societies to unrecorded interactions, the possibilities of alternative history are many. These 10 are just some of the more fascinating examples.

10The Knights Templar And The Mandaeans 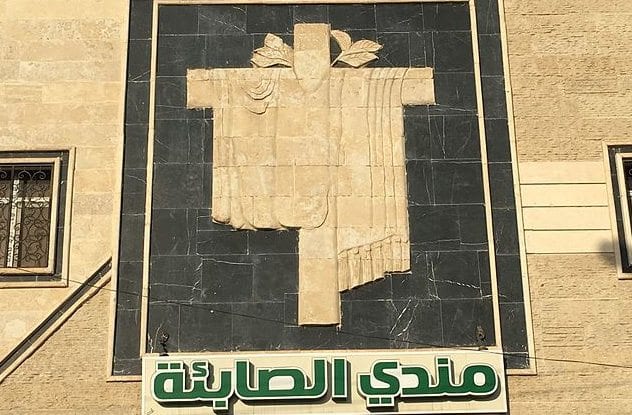 The Mandaeans are an enthno-religious people native to southern Iraq and southwestwern Iran. Their religion, Mandaeanism, closely resembles the Gnostic faith of Manichaeism. According to some scholars, the Mandaeans first appeared either before or during the arrival of Christianity.

During the time of the Crusades, the Mandaeans were known as skilled goldsmiths. This trade may have brought them into close contact with the Knights Templar, the legendary warrior-monks who frequently relied on local trade to survive. The Mandaeans worship John the Baptist as the world’s true savior. In the Gospels, St. John the Baptist is decapitated and is presented to the vicious Salome, the step-daughter of Herod Antipas. Interestingly, after they were rounded up by the French King Philip IV, the Templars were accused of worshiping a severed and embalmed head.

Could this be a relic of St. John the Baptist? Did the Templars adopt some Gnostic traditions after their long residence in the Middle East?

9The Ismailis And The ‘Islamic Golden Age’ 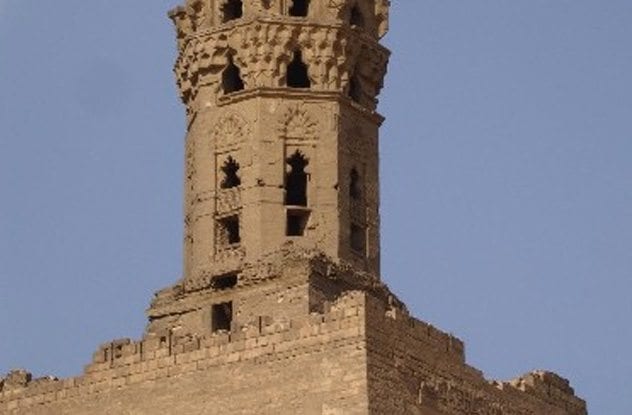 Unlike the largest sect of Islam, Sunni Islam, the Ismailis belong to the Shia branch. However, unlike orthodox Shias, Ismailis are not “Twelvers,” so they do not subscribe to the belief in the Twelve Imams as the true spiritual successors of Muhammad. Furthermore, the Ismaili community openly accepts certain non-Muslim traditions, including Christian ethics and Greek philosophy. Because of this, the Ismailis are frequently persecuted in many fundamentalist countries.

During the Fatimid Caliphate (909–1171), Ismaili caliphs ruled the empire while Ismaili da’is (scholars) produced a wealth of Ismaili texts that incorporated Western and Eastern esotericism, Gnosticism, and classical learning. Because of this, it has been suggested that open-minded Ismailism brought about Islam’s Golden Age and facilitated the Arabic and Persian translations of Jewish, Greek, and Roman texts. Unfortunately, thanks to the Abbasid Caliphate and the entrenched power of Sunni Islam, the Ismailis were suppressed and forced to go underground for many centuries. 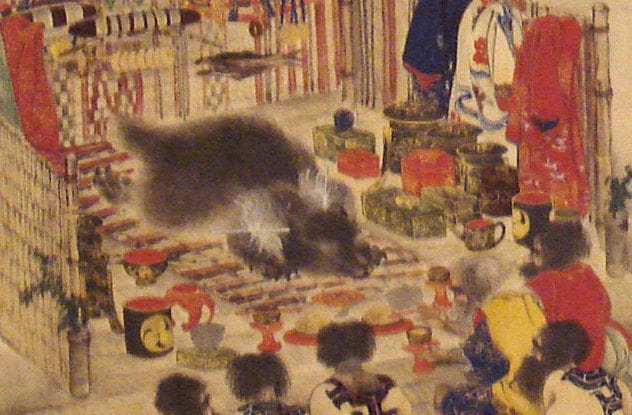 Historians have theorized that the ancient Indo-Europeans had two primary cults that all tribes shared. These two cults recognized wolves and bears as sacred animals. Whereas the wolf symbolized masculinity, virility, and the power of the tribe, the bear represented motherhood and fertility. By the time of Sanskrit “Rigveda,” the power of the bear cult had noticeably declined.

However, in looking through other ancient texts, echoes of the bear cult remain. The Anglo-Saxon Beowulf is similar to the Icelandic saga of Bodvar Bjarki, whose name translates to “Battle Bear.” The Nordic “berserker” warriors also highlight this ancient European appreciation of the bear.

7The Original Koreans Of Japan 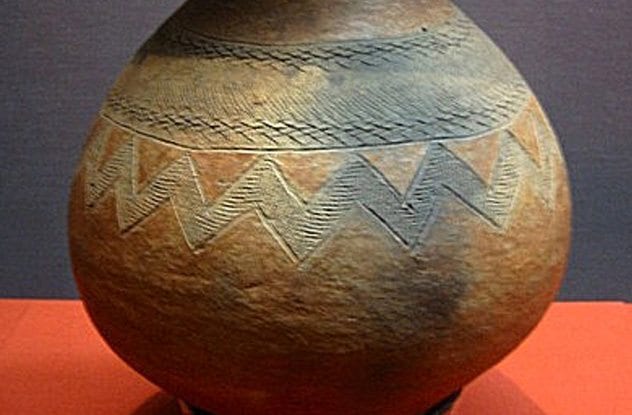 Currently, almost a million “Zainichi Koreans” live in Japan. Many are the descendants of workers who moved to Japan following World War II, while others came earlier after the Japanese conquest of Korea in 1910. Most speak Japanese as their first language. According to a genetic survey produced by the Graduate University for Advanced Studies in Japan, modern Japanese people may in fact be the descendants of Koreans themselves.

Specifically, researchers believe that the Japanese language and culture developed after the native settlers of the archipelago (the Jomon people) intermarried with the Yayoi people who crossed the strait from what is today Korea. Obviously, given the sometimes contentious relations between Japan and South Korea, this theory is not accepted by everyone in Japan.

6The Baltic Origins Of The Ancient Greeks 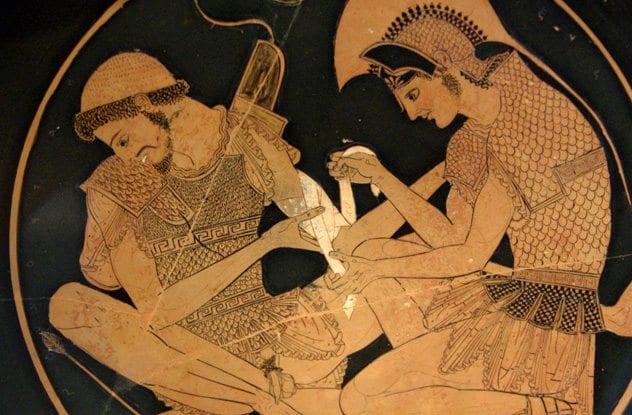 The notion that the ancient Greeks may have had some deep connections to the Baltic is mostly supported by certain readings of The Iliad and The Odyssey. According to believers, Homer’s epic poems recount faded memories of Greece’s Baltic ancestors coming down through the Danube and other rivers to settle in Greece. Furthermore, these scholars claim the geography of The Odyssey only makes sense in the Baltic or North Sea, not the Mediterranean.

Because this theory reminds many of “Nordicism,” or the theory that the ancient Greeks were racially “Nordic,” it is not generally popular or widely accepted. The main proponent of this theory, Italian engineer and amateur historian Felice Vinci, has presented some evidence to back up this theory.

5The Masonic Conspiracies Of France 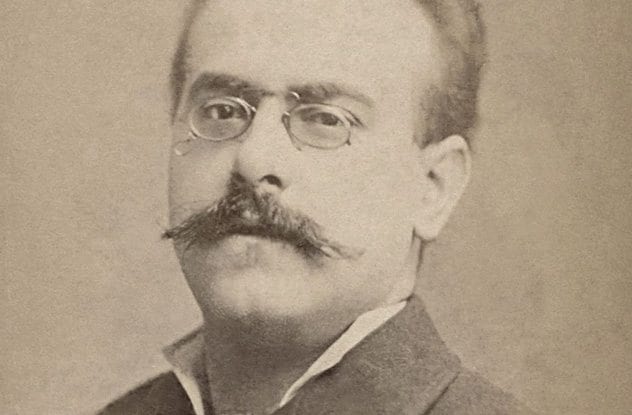 The Freemasons have always been the targets of numerous conspiracy theorists throughout the ages. Because of their secrecy, their slightly disturbing rituals, and their popularity among the wealthy and powerful, the Freemasons are easy targets. In France during the 19th century, right-wing nationalists and Catholic conservatives latched onto certain Freemason conspiracies to explain France’s martial and political decline following the Franco-Prussian War. One of the more outlandish theories was put forth by Leo Taxil, a known hoaxer and a convert to Catholicism who wrote a book that claimed that Freemasons worship the devil.

Interestingly, all of this attention on the Freemasons revealed serious connections between Masonic rituals and Gnostic Christianity. Therefore, French and other writers have openly wondered whether the Freemasons are somehow connected to the same esoteric lineage as the Knights Templar or the Ismailis.

4The Lost Jews And Muslims Of The New World 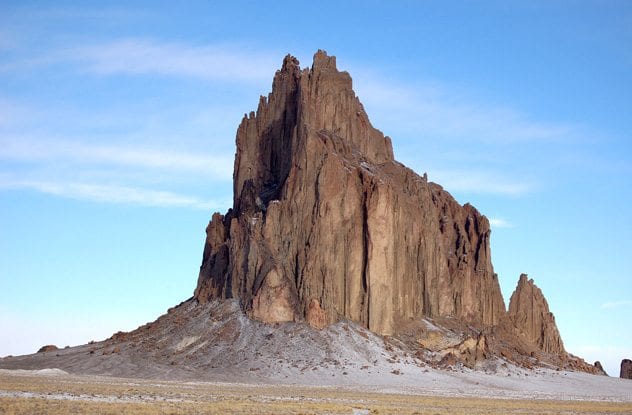 Beginning in the 1980s, word spread that many longtime residents of New Mexico believed they were descendants of Spanish Conversos. During the Spanish Inquisition, many Jews were forced to convert to Catholicism or face severe persecution. Many of these Conversos continued to practice their ancient Jewish faith in secret, however. Therefore, many believe that these Conversos continued to practice Judaism in the Spanish colony of New Mexico. DNA tests released in the early 2000s confirmed that many modern Latinos have Sephardic Jewish ancestry.

Jews were not the only religious group who may have landed in the New World. Spanish Muslims, known as “moriscos,” also likely intermarried with native tribes and Spanish Catholics, Thus, many Latinos may also have DNA that links them to Morocco and Algeria.

3Are Modern Lebanese The True Descendants Of Phoenicia? 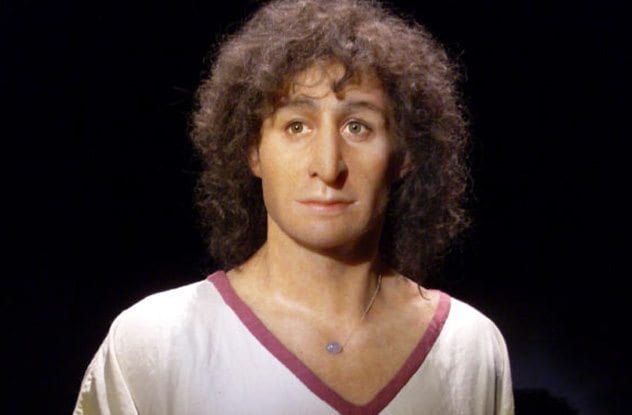 In 2016, a team representing the University of Otago and the Lebanese American University found for the first time ever a complete mitochondrial genome of a Phoenician individual. This 2,500-year-old man known as the “Young Man of Byrsa” was found in the hillsides of Carthage, Tunisia. According to the two primary scientists, the Phoenicians, who were native to what is now coastal Lebanon, contained the European U5b2cl haplogroup, so Phoenicians may have been both the descendants of European hunter-gatherers and the first people to introduce European DNA to North Africa.

This interesting find unleashed another question—how much Phoenician DNA is left among the Lebanese? According to certain researchers, today’s Christian and Muslim populations of Lebanon still have traces of Phoenician DNA. In the political realm, this finding has underscored the fairly common belief among Lebanese people that they are not Arabic and do not share a cultural affinity with the Arab world. 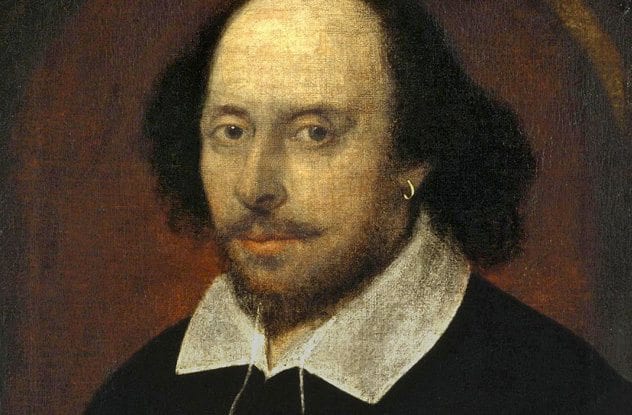 The idea that famous playwright William Shakespeare worked for Her Majesty is part of the wider theory that Shakespeare was not the true author of his plays. One theory, which claims that William Stanley, the sixth Earl of Derby, wrote the Bard’s plays, bases itself on the pen of a Jesuit spy named George Fenner. In a letter dated from 1599, Fenner claims bluntly that Stanley was the true author.

This connection to espionage is interesting, for many believe that Shakespeare was himself a spy. One camp believes he was a secret Catholic who spied on English Protestants, while others believe that he worked directly for London as a “gentleman agent.” Most of the evidence for these suppositions are based on some of Shakespeare’s letters, which read like intelligence reports about the wealthy gentry in the English countryside. 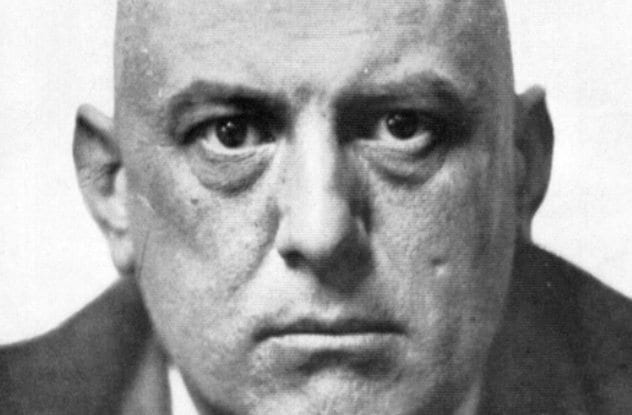 The “Wickedest Man in the World” is generally considered one of the Western world’s foremost occultists. “The Great Beast” was a great proponent of sex magick, which, to modern eyes, looks like perversion dressed up in mumbo-jumbo. Some historians have claimed that this was part of Crowley’s cover, for the chubby man from Warwickshire was a secret agent for the British Empire. Richard B. Spence’s “Secret Agent 666” points out that Crowley’s ability to always travel well without a clear source of income, plus his connections to the pro-German element in America during World War I, are clear indications that he was a spy.

One of the more popular beliefs is that during World War II, Crowley was tapped by Naval intelligence officer Ian Fleming (the author of James Bond) to interrogate Rudolf Hess in Scotland. Hess, Hitler’s deputy and a known occultist, was supposedly grilled by Crowley for hours and subjected to Crowley’s extremely spicy curry. Years later, Crowley would appear in the first James Bond novel as the villain Le Chiffre.