To most, the Philistines were nothing more than characters in Bible stories. They were the army that sent Goliath to fight David, the nation that dominated Israel during the time of Samson, and not much more than that. They are, to most of us, nothing more than a religious story, accepted or rejected on faith.

Recently, though, archaeologists have started unearthing little pieces of their lives. The Philistines, we’ve learned, were real people—and they played a much bigger role in history than we could have realized.

10 They Were The ‘Sea Peoples’ Who Terrorized Egypt 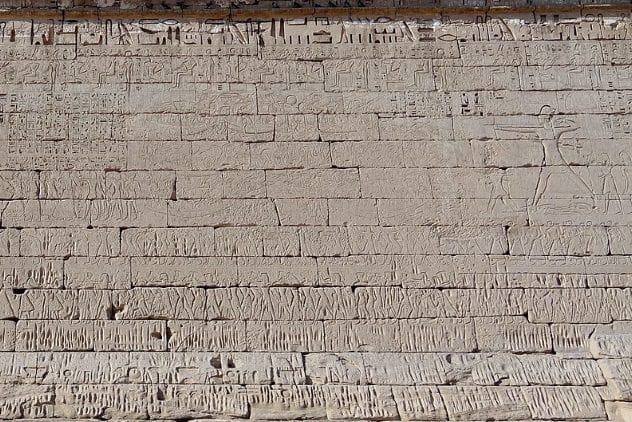 In the 12th century BC, Egypt was terrorized by an army known only as the “Sea Peoples.” They were an unknown group from an unknown land, raiding the coasts of the Mediterranean on massive warships.

Egypt was powerless against this unknown army at their shores. This was a time when Egypt was at the height of its power, but they had no idea how to hold off the Sea Peoples. “They came boldly sailing in their warships from the midst of the sea,” Ramses II wrote, “none being able to withstand them.”

It’s one of the greatest mysteries in history, and there’s still a lot we don’t know about these people. Thanks to records left in the tombs of the pharaohs, though, we do know a few things. The Sea Peoples were made up of multiple tribes, one of which were called the “Peleset”—an Egyptian word that most agree means “Philistines.”

The Philistines, then, were more than just bullies picking on Israel. There were world-conquerors from another land, and they dominated the entire Mediterranean.

9 They Had Superior Technology 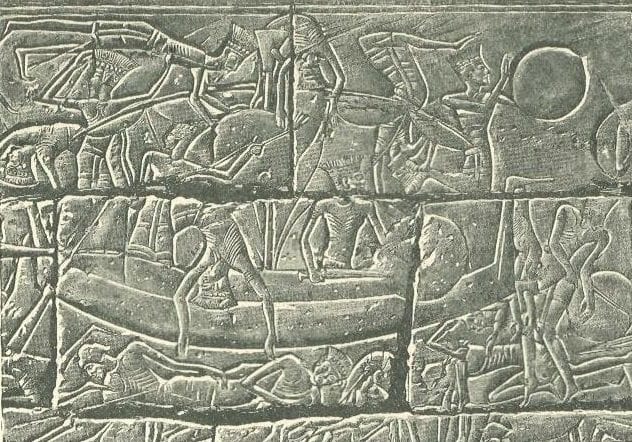 We actually know what the Philistines looked like. The Egyptians carved images of them, along with the other Sea Peoples, in their temples, and it’s easy to pick out the Philistines. They wore tall, feathered headdresses, and they definitely stand out.

The equipment they brought with them altered the development of the world. They came from a place that had built its equipment separately from the Egyptians and the Canaanites, and they brought their technology into the area. When those technologies mingled, it led to some major breakthroughs.

8 They May Have Been Greek 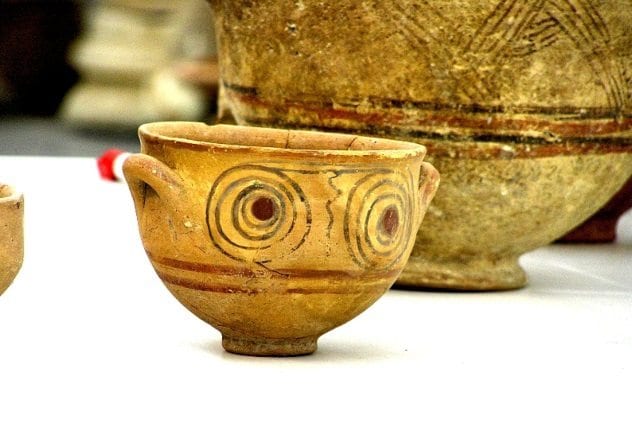 Nobody knows for sure where the Philistines came from. We know that they showed up, seemingly out of thin air, in the 12th century and that they were incredibly powerful and well-equipped. Our best guess is that they came from Greece, specifically Mycenae. Archaeologists have found Philistine artwork, and in the words of one archaeologist, it gives “overwhelming evidence” that they came from Mycenae.

A lot of their pottery has survived, and it’s very different from what their neighbors in Canaan made. Instead, it seems to be drawn from Mycenaen traditions, suggesting that they developed their culture in Greece. That Greek influence is especially present in their oldest artifact. As the Philistines stayed in Canaan, their art changed and became more like their neighbors’.

Not everyone is convinced that the Philistines were Greek, but we’ll know for sure soon enough. Historians are running DNA tests on Philistine skeletons discovered in Ashkelon, and the results will reveal the truth. 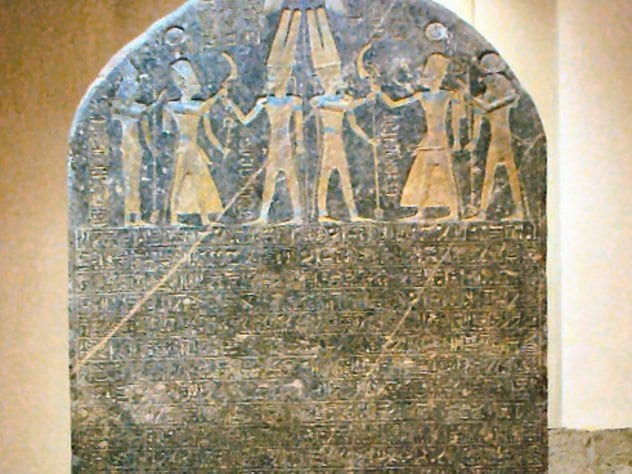 One of the most famous Egyptian artifacts is called the Merneptah Stele. It’s famous because it’s one of the few artifacts that mention Israel by name—but it tells far more than that.

Pharaoh Merneptah had the mention inscribed to boast that he had conquered the Middle East. “Canaan has been plundered into every sort of woe,” he declares. “Israel is laid waste.” All of his neighbors, he boasts, are now under Egyptian rule. Under his sword, Merneptah claims, all lands are united and pacified.

It’s a huge moment in Egyptian history, but according to historian Eric Cline, Merneptah is probably just taking credit for the work of the Philistines and the Sea Peoples. In the year the stele was engraved, the Sea Peoples were wreaking havoc in the Middle East. They slaughtered thousands of people in every one of the countries Merneptah claims to have pacified.

Egypt could handle the Philistines’ raids a little better than their neighbors. All they had to do was march into the lands that the Sea Peoples had destroyed and claim the smoldering remains. 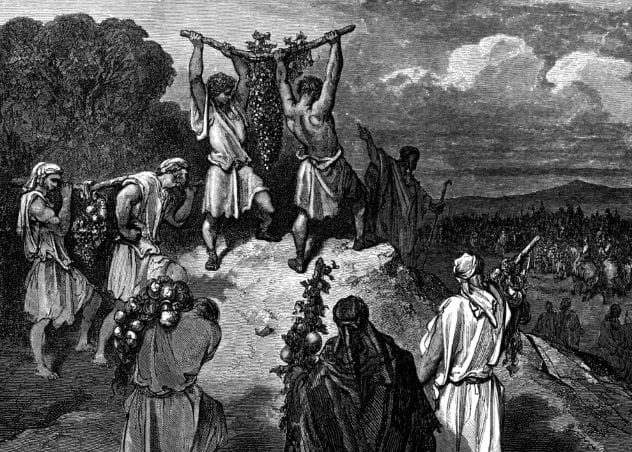 Egypt wasn’t the only country that took advantage of the devastation wrought by the Sea Peoples. At the same time, Israel went to war with Canaan. This was, in the Bible, the moment that the Israelites reach the Promised Land.

According to Cline’s theory, the Israelites might just owe that victory to the Philistines. Cline believes that the Israelites arrived in Canaan shortly after Merneptah conquered it. The Israelites would have still been recovering from the raids of the Sea Peoples and the pillaging of the Egyptians—and those raids wouldn’t have stopped.

After Merneptah’s victory, the Sea Peoples continued their attacks. They were too much for Egypt to handle, and shortly after conquering Canaan, they lost control of it. The Israelites would have arrived shortly after Canaan lost Egyptian protection and at a time when they, too, were at their weakest.

5 They Brought Opium To Israel 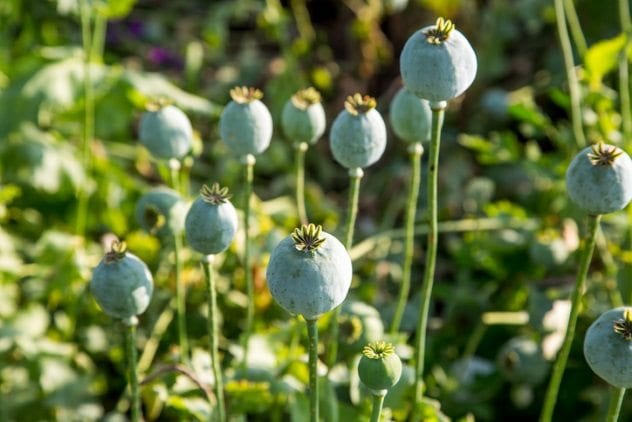 Some of those plants are things that, today, seem inseparable from our concept of Israel. According to a report by Bar-Ilan University, sycamores, coriander, cumin, and bay trees were all brought into the area by the Philistines. Before they arrived, not a single one was there.

The Philistines also brought opium. By the 12th century BC, people knew what effect opium could have. The Philistines knew what it was—and there’s every reason to believe they made use of it. 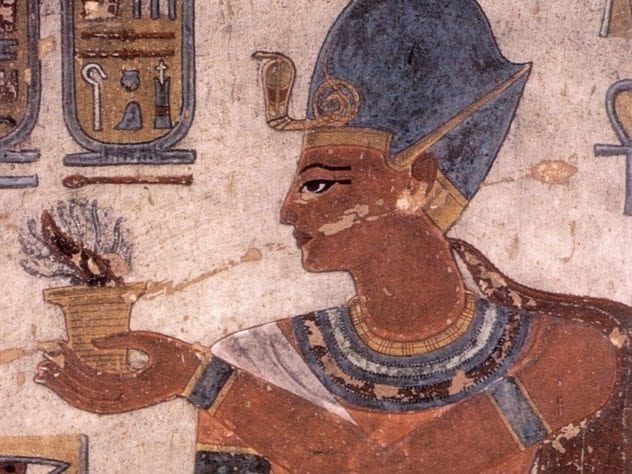 The Sea Peoples wreaked havoc on Egypt during the reigns of Ramses II and Merneptah—but they would meet their match in Ramses III.

The Philistines and the other Sea Peoples united together in an assault on Egypt, determined, according to an inscription Ramses III left in a temple, to burn Egypt to the ground. “They came with fire prepared before them, forward to Egypt,” Ramses III wrote. “Their hearts were confident, full of their plans.”

Ramses III blocked off the rivers with enough warships to form a wall and filled the coast with soldiers. He personally marched to the front lines and fought with his men. The Sea Peoples were crushed. “Those who reached my boundary,” Ramses III boasted, “their seed is not; their heart and their soul are finished forever and ever.”

3 The Egyptians Cut Off Their Genitals 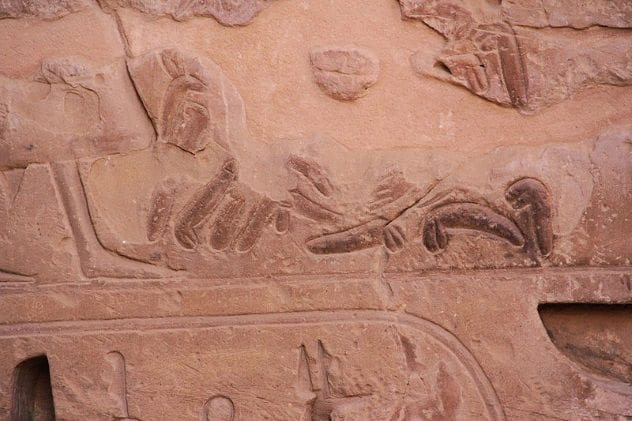 Ramses III didn’t stop at killing the Philistines. These people had tormented his nation for years. He mutilated their bodies in the worst ways imaginable.

Egyptian soldiers were ordered to count the dead by chopping off their hands, their heads, and even their genitals. Their body parts were taken to the pharaoh and measured and counted by his advisors. This, to Ramses III, was a great victory. He even had pictures carved into the walls of his temples that show his men presenting him with piles of severed penises.

It was more than just dehumanizing. According to the Egyptian religion, mutilating the dead Sea Peoples meant that they had no chance of surviving the afterlife. The Egyptians truly hated these people. They weren’t satisfied to stop at killing their mortal bodies. They destroyed their immortal souls as well.

2 The Egyptians Enslaved Them 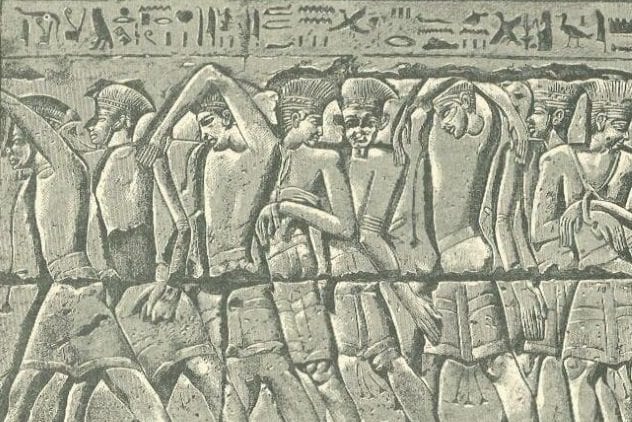 After holding off the Sea Peoples’ attack, the Egyptians marched into their lands and crushed them. “I have taken away their land and their boundaries,” Ramses III wrote. “They are added to mine.”

The Philistines became subjects of the pharaoh. “I settled them in strongholds bound in my name,” Ramses III wrote. “I taxed them all, in clothing and grain from the store-houses and granaries each year.” Paying taxes, though, was likely a lucky fate for a Philistine. The drawings on Egypt’s walls show many more being dragged off in chains to slavery.

The strong houses, it’s believed, were in modern Palestine. The Egyptians put the Philistines right next to Israel. Over the next centuries, these neighbors would squabble and fight in wars that would define the future history of the Jews. In that moment, a conflict began that still echoes today.

1 They Brought The World Into A Dark Age 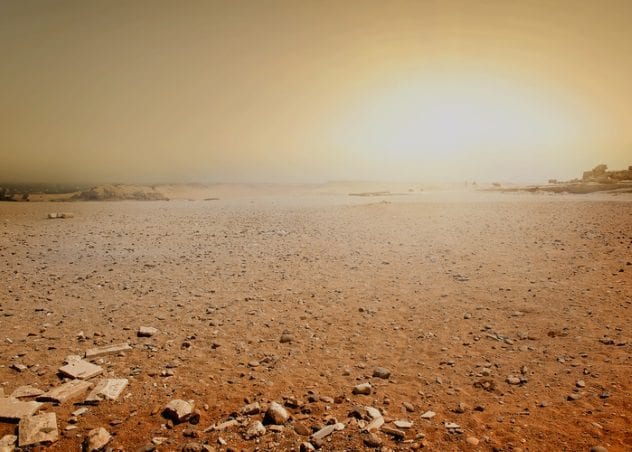 The Philistines’ new home was in the center of a trading hub. Over the next few years, they would gain some independence from Egypt, and their squabbles and battles with their neighbors would spark one of the most significant moments in human history.

The Philistines are believed to have cut off the supply of tin that was being traded around the Mediterranean. This was more than just a minor inconvenience: That tin was the key to making bronze, and this was the Bronze Age.

Over the next 200 years, the Philistines plunged their neighbors into a dark age. Major empires, including the Canaanites, the Hittites, Cyprus, and Mycenae, all collapsed. The Middle East was plunged into one of the darkest periods of human history.

Those who survived made the switch from bronze to iron. A new age of iron had dawned, brought on, in a large part, by a nation that, until recently, we knew almost nothing about.