In the late 1800s, Wild West shows began popping up all across the United States. Along with circuses and horse and pony shows, Wild West shows were a big business. They traveled across the US, Europe, and Australia, drawing in crowds nearly everywhere they went. People came to be entertained, because they were curious, and ultimately to socialize with other people who were drawn to the daring feats put on by people from all walks of life. 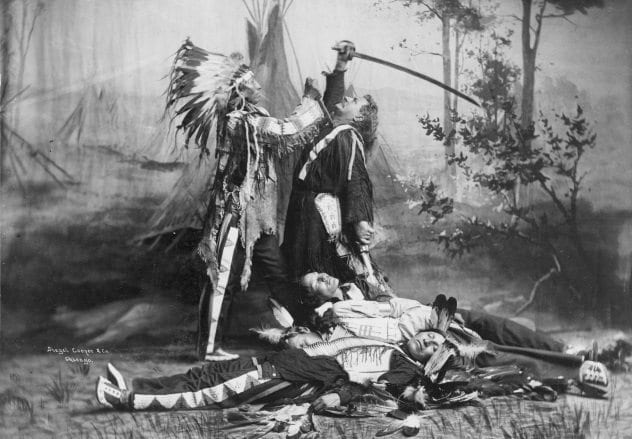 While the Wild West shows originated in the United States, Australians flocked to the shows when they came to their country. In 1891, Wirth’s Wild West Show was flooded with people in Sydney. The show boasted about having a Sioux chief, American Bear, who was set to race a New Zealand race horse around the track.

By 1947, Australians were giving their own Wild West shows, featuring real Australian outlaws and a Maori entertainer. 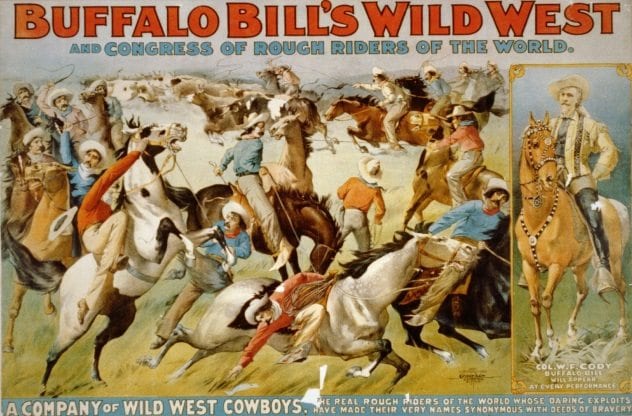 Wild West shows always had a lot going on, including entertainment, competitions, and dances. In a program listing for the Wyoming-Montana Wild West Show Company from 1910, activities included live music by the Broken Bow Military Band, pony races, fancy roping on foot and on horseback, and even a ladies’ bucking contest. For one of their acts, they had an “emigrant train attacked by Indians,” followed by daring cowboys coming to the rescue. There was also a horse thief act and a quadrille dance performed by cowgirls and cowboys.

These events drew in enormous crowds, and often, every seat would be filled. People from over 160 kilometers (100 mi) away would come to participate in the competitions and to socialize with their neighbors. 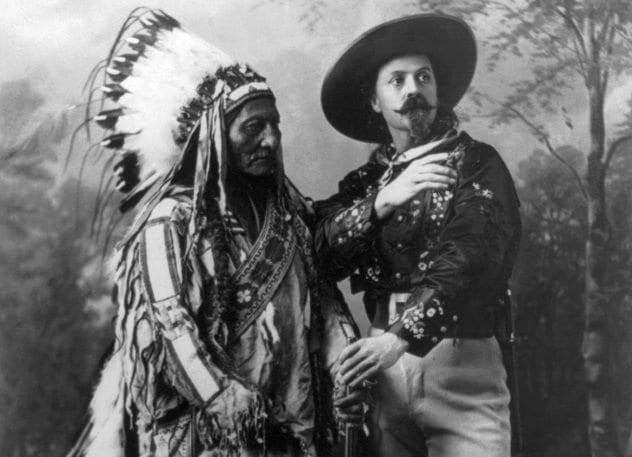 By 1911, there were so many Wild West shows that some of the original show owners started to publicly complain. The difference, according to some, was that the ”real” shows originated in the West. These “real” shows, such as the popular 101 Ranch Real Wild West Show from Oklahoma, presented the audience with real people who had experienced the Wild West.

Fake shows, on the other hand, were run by “unscrupulous showmen” who thought that “pistol shots and Indian whoops [were] a wild west portrayal.” These shows were likened to a circus act, with actors given dubious titles and imaginary past acts of courage.

7 Getting In The Show 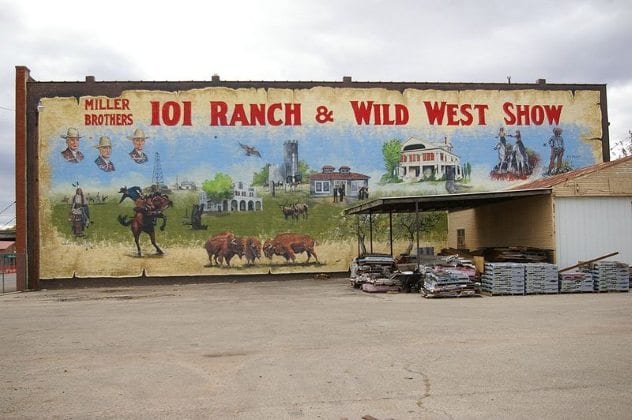 Native Americans would also descend upon the ranch, hoping to be chosen for the show and to represent different aspects of their culture. Tribal chiefs, warriors, women, and children were chosen to travel with and be part of the show. Geronimo himself was part of the 101 Ranch Real Wild West Show in 1905.

6 The Cost Of Starting A Show 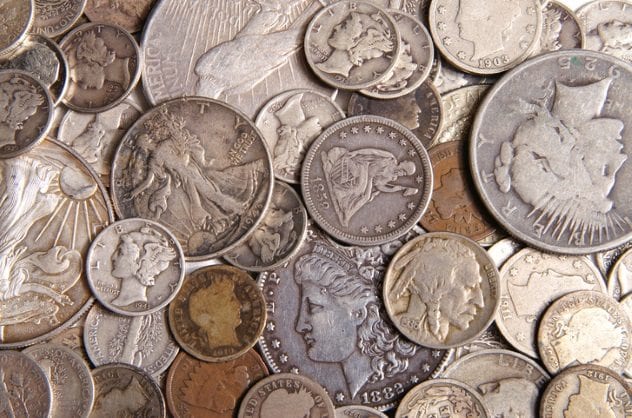 In 1892, a reporter from British weekly magazine Tit-Bits had a talk with Buffalo Bill’s Wild West Show partner Natt Salisbury. He wanted to know just how much it would cost him to start a Wild West show from scratch.

Salisbury told the reporter that he would need £30,000 just to get started. From there, he would have to gather together all the people and animals for the show. That would mean at least 300 people for the show, including cowboys, cowgirls, Native Americans, and Mexicans.

The wages alone would cost him £1500 a week. Any Native American chiefs would be paid £20 a month. Cowboys were paid anywhere from £16 to £24 a month. Food would need to be supplied to the employees of the show. If the reporter planned on taking the show across the ocean, he could expect to pay £6,230 for use of the whole ship.

In other words, starting a Wild West show was not something a person could do on the cheap. 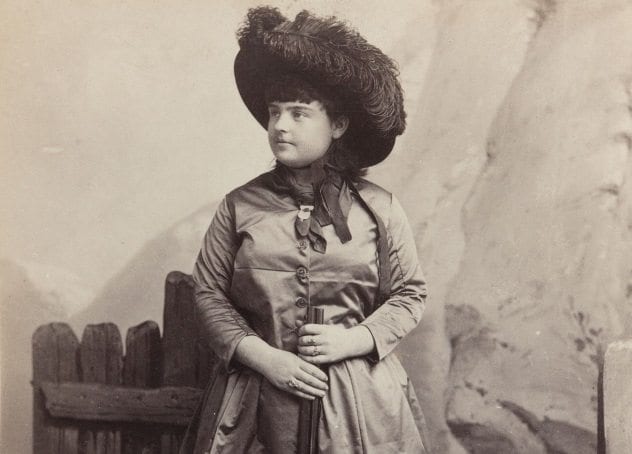 Numerous people found their fame in Wild West shows, including Lillian Smith. She began shooting a rifle at the age of seven and started performing at age ten. She eventually challenged Doc Carver, an expert marksman, to a challenge, but he never showed up.

Lillian went into Wild West shows. Eventually, she darkened her skin and renamed herself “Princess Wenona, the Indian Girl Shot” in an attempt to improve her popularity. In 1910, a newspaper article bragged that “she shoots glass balls through high in the air and has an average of 496 out of 500. This feat is accomplished while riding a madly galloping horse.” 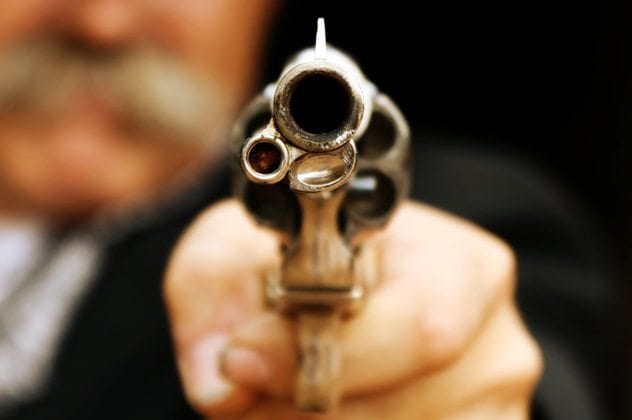 While many people loved the Wild West shows, there were, of course, those who opposed the guns and violence shown in the enactments. In 1913, a Chicago newspaper tried to tie violence in the home to viewing a Wild West show when it wrote:

After attending Buffalo Bill Wild West show, Wm. V. Robbins, Yale graduate and lawyer, took his son, William, 9, home and shot and severely wounded him. Then killed himself by cutting his throat.

No further information was given as to whether the initial injury was by accident or if it was intentional. All the reader knew is that somehow, the show apparently influenced the father to injure his son and kill himself. 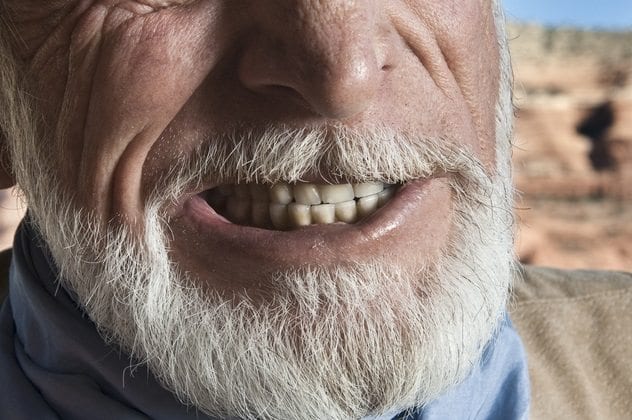 Declaring that the Americans have invaded Adelaide, a 1912 article in the city’s Daily Herald gave a rather detailed report on how Buffalo Vernon, a performer for Captain Rose’s Wild West Company, managed to “bulldog” wild steers. 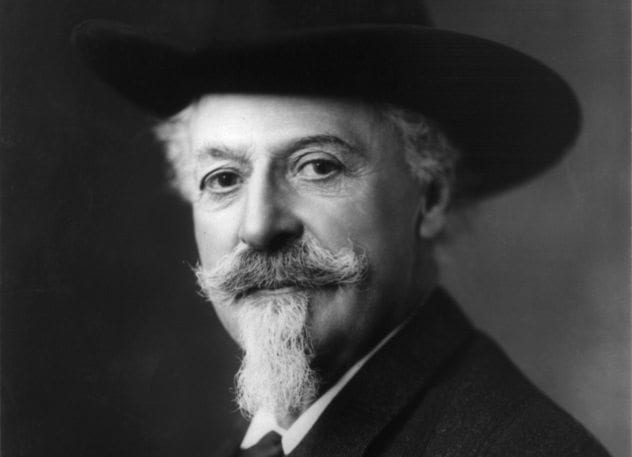 In 1913, Buffalo Bill (aka Colonel William F. Cody) complained that movies were taking audiences away from Wild West shows and circuses. Both would soon be out of business, according to him, with people wanting to sit indoors to see the sights of the world on a large screen. This probably explains why, in 1915, newspapers announced that “Buffalo Bill Breaks Into The Movies” with the film Patsy of the Circus.

Unfortunately, his movie career was over before it even truly began. Buffalo Bill died on January 10, 1917, in his sister’s home in Denver, Colorado.

1 The Day They Jumped The Shark 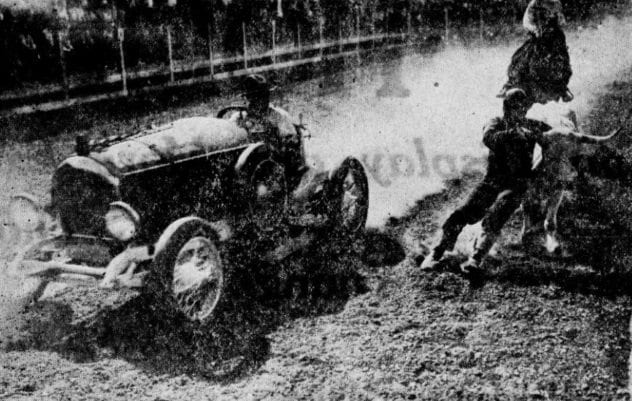 Photo credit: The Garden Island via the US Library of Congress

What do automobiles have to do with the Wild West? By 1922, they were being featured in some Wild West shows. For instance, the Burroughs Wild West Show had a stunt where a bulldogger “jumps from the running board of an automobile and throws himself on the horns of the steer.”

No doubt this must have been a thrilling stunt for the time, but it was so far adrift from the original stunts shown at the early Wild West shows.

In truth, Buffalo Bill was correct about the Wild West shows going out of business. His own Wild West show went bankrupt in 1913. The famous 101 Ranch Real Wild West Show went on until 1939. Dozens of other Wild West shows came and went, but times were changing, and people wanted different types of entertainment.