10 Fascinating Mysteries Of The Ancient State Of Galicia

Tucked away in the extreme northwest of the Iberian Peninsula, Galicia is a land shrouded in mystery. Battered by the Atlantic, this autonomous Spanish state has an ancient Celtic culture, language derived from Medieval lyric poets, and a reputation for producing witches. It is home to the last functioning Roman lighthouse, one of the world’s oldest tourist traps, Iron Age hill forts, and countless cryptic petroglyphs. 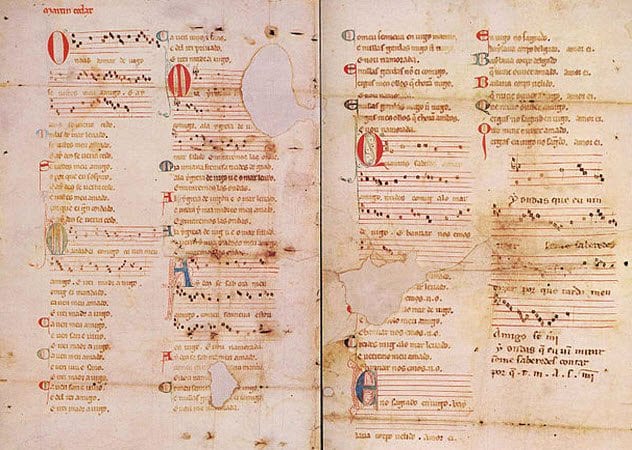 In 1978, Galician gained recognition as one Spain’s five official languages. This Romance tongue of three million in the country’s northwestern reaches is intelligible with Portuguese but employs Castilian Spanish spelling.

For decades, debate has raged about whether Galician and Portuguese are, in fact, one language. The jury is out, as the answer is laden with political and social implications. Today, Galician and Spanish are taught together in the region’s primary and secondary schools. However, higher education is done exclusively in Galician.

Between the 12th and 14th centuries AD, Galician-Portuguese was the definitive language for lyrical poetry throughout the Iberian Peninsula. Both modern Portuguese and Galician derive from this lyrical tongue.

The lyric poetry tradition and language were cemented in the court of Alfonso X—the “wise” king. The Galician-Portuguese troubadours wrote almost exclusively in a form called cantiga with monophonic melodies. Today, only 14 of these melodies survive. 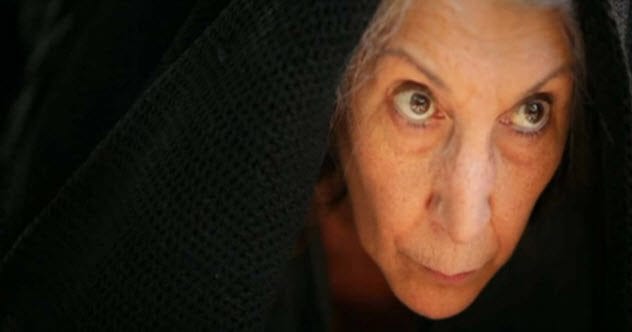 Galicia has always been known as a haunt of witches. In 1572, an inquisitor referred to its inhabitants as “full of superstitions [with] little respect for Christianity.” In 1610, dramatist Tirso de Molina wrote, “Galicia produces witches as easily as turnips.” Even today, Galician witchcraft is widespread and goes by many names: hechicera, bruxa, and meiga.

Born in the fishing village of Cangas in 1551, Maria Solina is one of Galicia’s most famous witches. According to legend, she raised a female army to stop an attack by the Turkish fleet.

In 1621, the Inquisition captured Solina, tortured her, and imprisoned her. Solina confessed to practicing witchcraft for decades, helping everyone around the Ria de Vigo region. Despite her confession, the Inquisition let her go.

Some say Solina died from her injuries. Others believe that she returned to Cangas, where she practiced magic for years. Her final resting place remains a mystery. 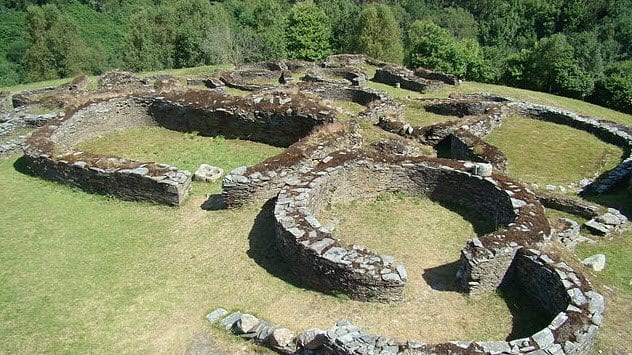 The six Celtic nations are Ireland, Scotland, Cornwall, Wales, the Isle of Man, and Brittany. These lands are united by language with a common origin. Many consider Galicia to be the seventh Celtic nation.

However, other than place names, the Galician language has lost its Celtic roots. As such, the land is not officially considered Celtic—despite countless ring forts, witches, and bagpipes. Like Ireland, Galicia is a land of emigrants who were forced to abandon the soil but retained their culture.

Celtic hill fort culture died out around the fourth century AD. Many ruins still stand today. “Castro” is a common surname in Galicia, where the Cuban leader’s family has its roots.

7 The Tower Of Hercules 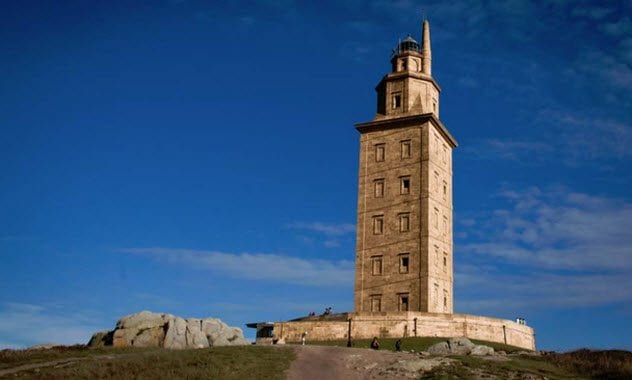 The last functioning Roman lighthouse sits on a rocky hill in A Coruna, Galicia. Built between the first century BC and the second century AD, the “Tower of Hercules” was modeled after the lighthouse at Alexandria. Some speculate that the original design was Phoenician.

The tower served as a beacon for ships crossing this critical maritime corridor. Situated on Punta Euras, the lighthouse stands 57 meters (187 ft) and was built on ground once sacred to pre-Roman tribes.

Also known as Farum Brigantium, the lighthouse still illuminates the Galician coast. Following Rome’s collapse, the tower was subject to pillaging and neglect. Refurbishments occurred in the 18th century.

Archaeologists discovered an inscription to Mars at the foot of the lighthouse. Initially, they assumed that architect Caio Sevio Lupo had dedicated the tower to the god. However, in 1992, archaeologists unearthed a golden bronze statue of Mars suggesting that the dedication went with the figure, not the tower. 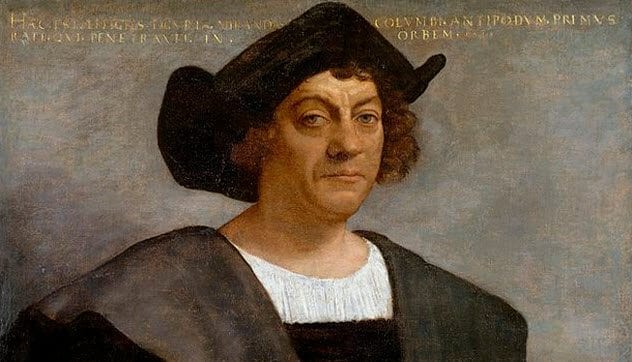 A controversial alternative history theory suggests that Christopher Columbus was an assumed identity of Galician Pedro Madruga. Born as the illegitimate son of Fernan de Soutomaior, Madruga eventually inherited his father’s holdings, becoming one of the Galicia’s wealthiest men.

During the War of the Castilian Succession, Madruga wound up on the wrong side of Queen Isabella. He had developed too many enemies and had to flee for his life. Many believe that he assumed a new identity.

Handwriting expert Modesto Manuel Doval has provided the most compelling evidence that Columbus and Madruga are the same person. To date, over 80 experts agree with the theory. Many have pointed out that Columbus spoke Galician.

Roughly 200 places visited by Columbus were named after locations in Galicia. Both Columbus and Madruga fathered three children—all of whom shared the same names: Diego, Hernando, and Cristobal. Columbus shared Madruga’s friends and even protected Madruga’s children. 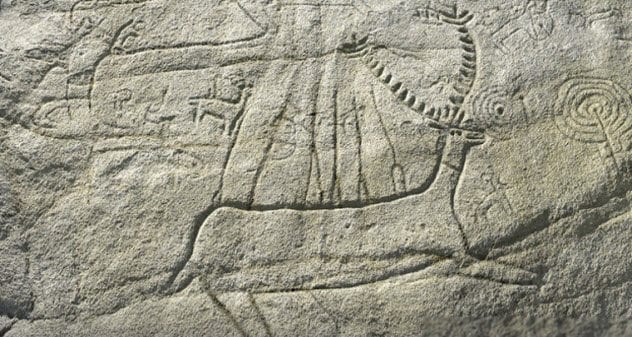 Galicia is filled with petroglyphs. Most of these mysterious rock carvings are concentrated around the Atlantic coast, particularly around the River Lerez estuary.

Many feature geometric designs like concentric circles, spirals, and cup marks. There are also squares, swastikas, zigzags, three-legged trisquels, and animals. The inclusion of weaponry in the designs and radiocarbon dating of ash within the carvings has allowed researchers to date the glyphs with accuracy to the early Bronze Age.

Similar petroglyphs appear throughout Europe. They are in high concentration in Britain, Portugal, France, Switzerland, Sweden, Norway, and Russia. Dated to 800 BC, the petroglyphs of Montenegro bear many design similarities like deer, squares, and swastikas.

A two-step technique was used to make petroglyphs. First, outlines were sketched in quartz. Later, the outline was scooped out with quartz hammers. The remains of sharp quartz for sketching and quartz hammerstones have been found near petroglyphs. 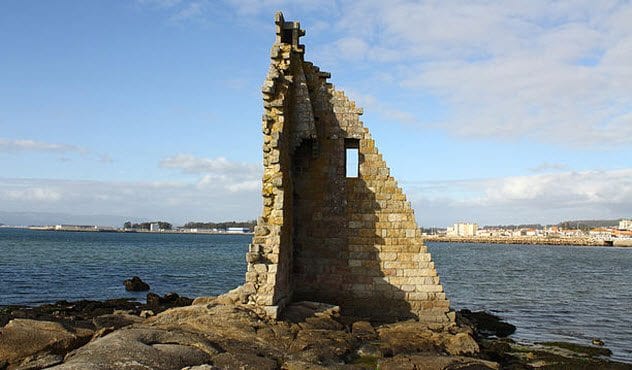 Almost nothing is known of Galicia’s Viking occupation. Built during the eighth or ninth century, the Torre de San Sadurnino protected the Pontevedra district from these northern marauders. Galician lore recounts battle after battle fought over the tower.

Over the centuries, the Torre de San Sadurnino not only served as a defense but also as a beacon to friendly traffic. Located on the Ria de Arousa, the tower is protected from the harsh Atlantic but open to attack.

While records attest to Vikings in Galicia between 840 and the 11th century, no academic studies were conducted until recently. In March 2014, storms sent Viking anchors ashore in Galicia. University of Aberdeen’s Irene Garcia Losquino discovered mounds nearby, which she believes are similar to the structures where Vikings wintered in Britain.

One account indicates that Vikings arrived at Santiago and stayed for three years. Given the population’s red hair and blue eyes in the region, perhaps the Vikings lingered longer. 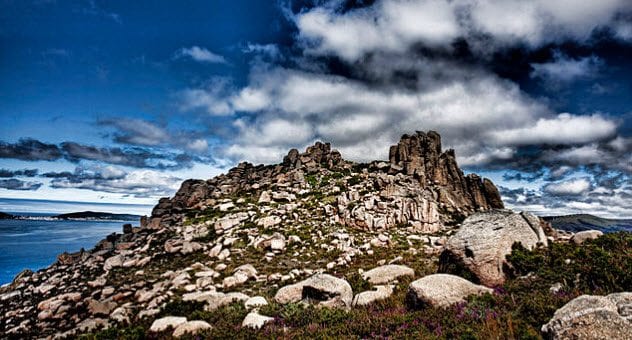 Monte Pindo is Galicia’s Celtic Olympus. Evidence of human habitation in the area goes back to 4000 BC. From time immemorial, the mountain has been a sacred site.

According to legend, Galicia’s pre-Roman inhabitants collected nocturnal blooming herbs and held witches’ Sabbaths on the mountain. One bishop had to issue an order excommunicating everyone who engaged in “pagan lovemaking” on Pindo. The mountain is full of caves and rock carvings—perfect terrain for myth.

In the 10th century, the bishop of Iria Flavia built a castle atop Monte Pindo to protect himself from coastal raids. After housing Galician nobility, the castle was destroyed in 1467.

A forest fire in 2013 cleared 1,600 hectares of forest, revealing a mysterious cross-shaped petroglyph. Some believe it may be the earliest evidence of human occupation. Given Galicians’ love of the mountain, it may be impossible to gain excavation permits. Monte Pindo mysteries will endure.

2 The Walls Of Lugo 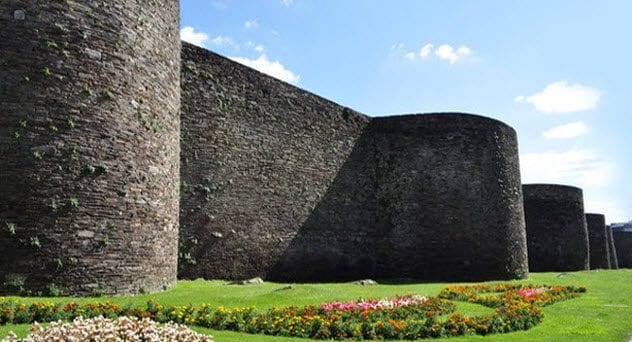 In 61 BC, the Romans conquered Galicia. Their building projects forever altered the region’s landscape. The walls of Lugo were one of their most significant achievements.

The ancient city was founded by Celtic tribes and named after their deity Lugos, the bringer of light and arts. Today, Lugo is a metropolis with a population of nearly 100,000 and the only city in the world surrounded by an intact Roman wall.

There are 10 gates—five from the Roman era and five from 1853—which were added to accommodate Lugo’s expanding population. The walls are composed of pebbles, gravel, cement, and stone. They have been rebuilt routinely over the centuries but maintain their original shape.

1 Pilgrimage To The End Of The World 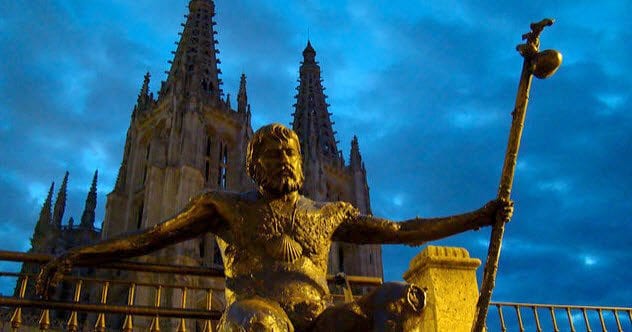 Pilgrims have traveled El Camino de Santiago—or the Way of St. James—for over 1,000 years. After Jesus died, St. James traveled to the Iberian Peninsula to evangelize. In AD 44, after returning to Jerusalem, he was beheaded. Legend holds that James’s corpse was placed in a boat, which floated to Galicia.

In the ninth century, a hermit had a vision of St. James’s burial site. Miracles were attributed to the site, and it rapidly became a popular pilgrimage destination.

In 1140, after being featured in the Codex Calixtinus, the world’s first travel guide, Santiago de Compostela became one of the earliest tourist traps. Massive infrastructure projects were implemented. Bridges spanned rivers, and the villages to which they led grew wealthy.

The wealthy built pilgrim hospices for their own salvation, and commerce sprang up everywhere along the ancient route where cultures and languages commingled. Some speculate that the route predates Christianity.

Dubbed the “Indiana Jones of ethnomusicology” by TimeOut.com, Geordie McElroy has hunted songs for the Smithsonian, Sony Music Group, and private collectors. A leading authority on occult music, he is also the singer of LA-based band Blackwater Jukebox.